10 Mouthwatering French Pastries You’ve Probably Never Tried, but Really Should If You Have Sweet Tooth

Most of you probably have heard of croissant and canelé, but what about kouign amann or galette de pérouges? Here are 10 uncommon French pastries you might not have heard of, but should definitely put on your must-eat list for your next trip to France! 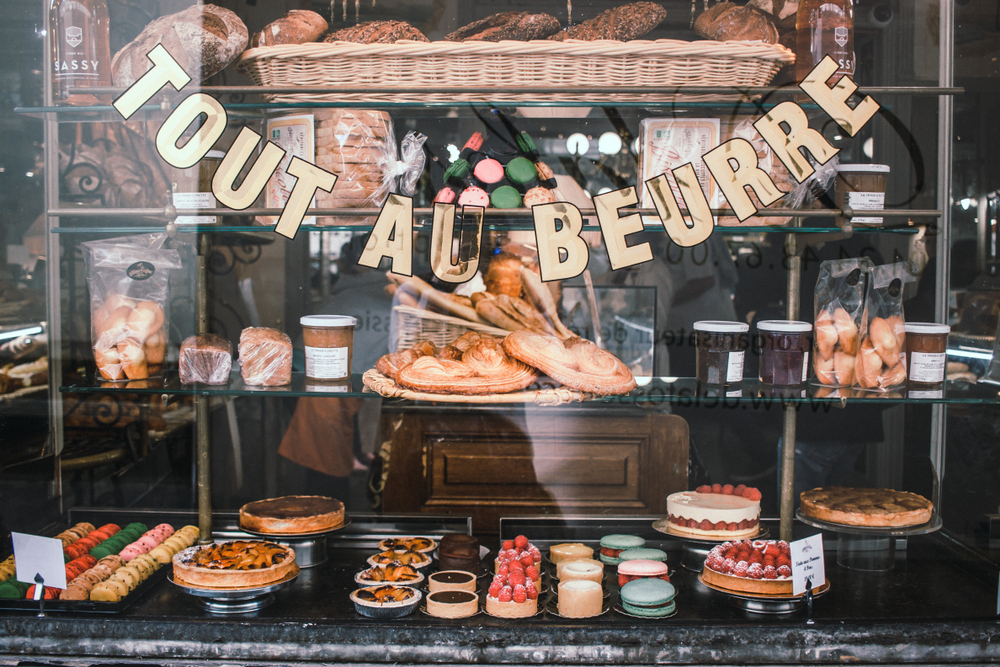 Invented in 1847 in a bakery on Rue St. Honoré, it was named after Saint Honoratus, who is the patron saint to pâtissiers and bakers. It’s made of a base of puff pastry and smothered in crème chiboust, which is surrounded by a ring of caramel-coated pâte à choux. The dessert is also often finished with caramel ribbons atop. 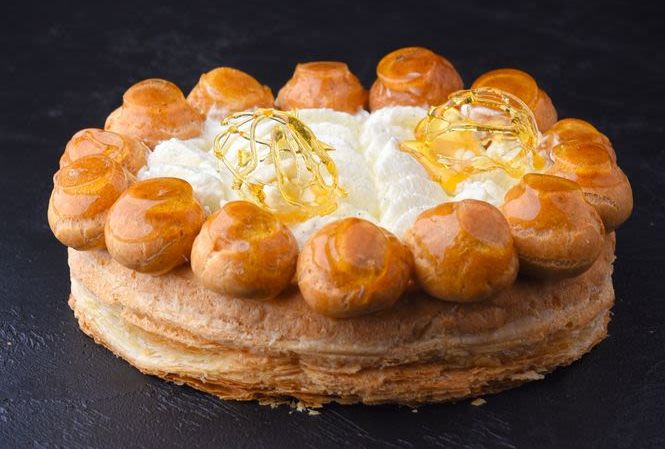 There are two main versions of this dessert: the first is a more rustic version resembling a Kyiv cake, while the other is a nouvelle cuisine creation known as a Marjolaine invented by the legendary Fernand Point. They both contain almond and hazelnut meringue layered with rich plain or chocolate buttercream. 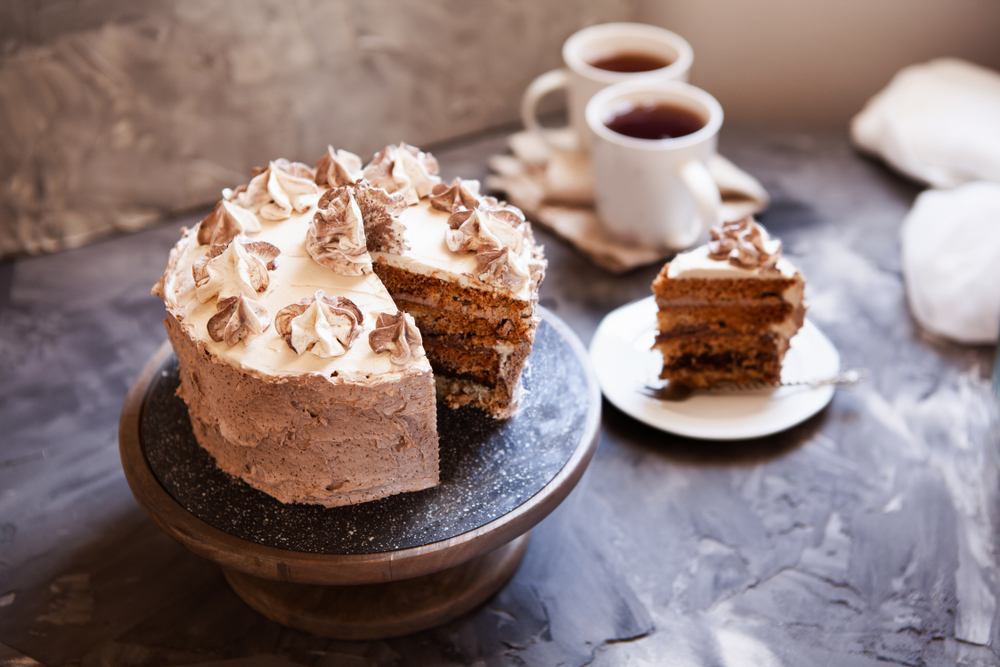 A cheesecake from Poitou-Charentes, the tourteau fromagé is made with goat’s cheese and expectedly so due to the fact that a majority of goats in France are reared in the region. The goat’s cheese is then combined with eggs, flour, sugar, and salt to create a beautifully light and fluffy sponge and the iconic black crust – achieved by literally burning it in the oven.

This peculiarly named dessert is made by joining two cream-filled pâte à choux on top of each other, with more cream, and is usually topped with either chocolate or caramel. The resulting handiwork is a creamy, fluffy, delectably sweet treat, which looks sort of like a nun’s habit because of the cream, which is essentially how it earned its name. 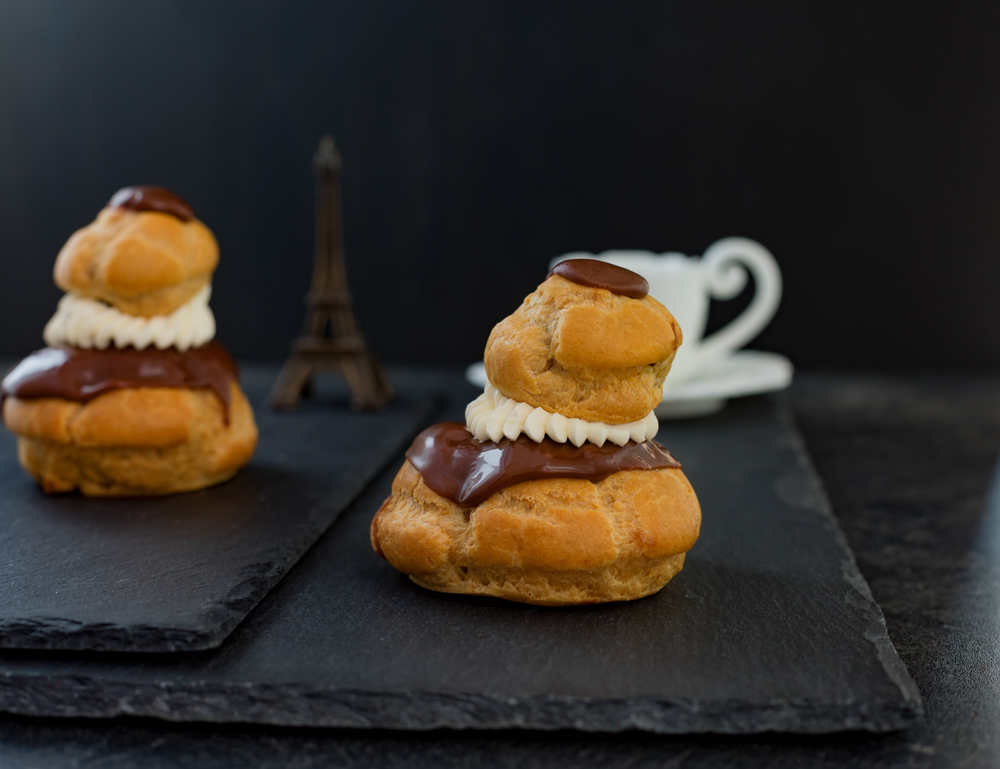 Essentially a croissant on steroids, the kouign amann is a traditional pastry from Brittany, and its name translates from Breton into “cake” and “butter.” With the sugary, caramelized layers of buttery goodness, lovingly baked to a crisp but fluffy parcel, it’s easy to see (and taste) why the New York Times described it as “the fattiest pastry in all of Europe.”

No, this is not a pizza. It just looks like it. The galette de pérouges is made with a sweet dough, similar to brioche, and is flattened out into a flat circle, like a pizza. The dough is then smothered with butter and sprinkled with sugar before being baked in a wood-fired oven. The intense heat and flames give it the delicious crispy crust and caramelized top. 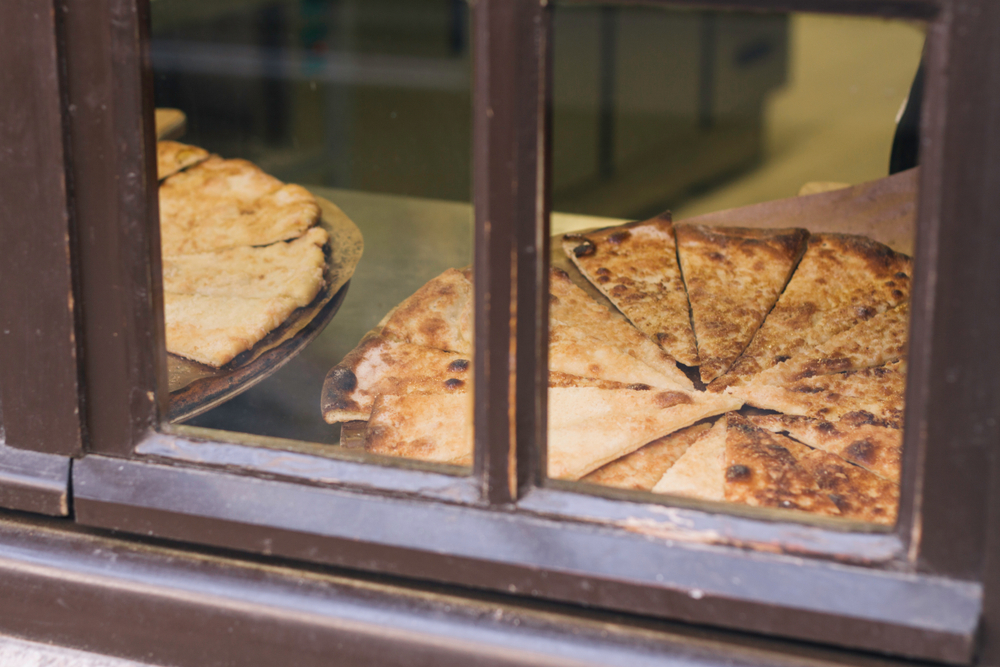 Before the name gets the better of you, no, these sweet tiny treats smell nothing like the flatulence of nuns. Made from a combination of milk, flour, milk, eggs, sugar, and, occasionally, honey, these bite-sized delights are traditionally first pan-fried in lard, fried again, then baked. The resulting product is then sprinkled with a hearty dusting of powdered sugar before being served.

Looking every bit as decadent and elegant as the extravagant queen it was named after, the Marie Antoinette is essentially a large, extra-indulgent macaron. Starting with larger than usual bright pink macaron shells, filled with raspberries and rose cream. What you get is a delightfully sweet pastry with a meaty bite from the raspberries.

Also known as La Tarte de Saint-Tropez, the Tarte Tropézienne was created by a pâtissier named Alexandre Micka in Saint-Tropez where his pâtisserie, La Tarte Tropézienne, still stands. This delicious cake is made with a brioche cake sandwiching a lusciously generous amount of pastry cream and topped with rock sugar. 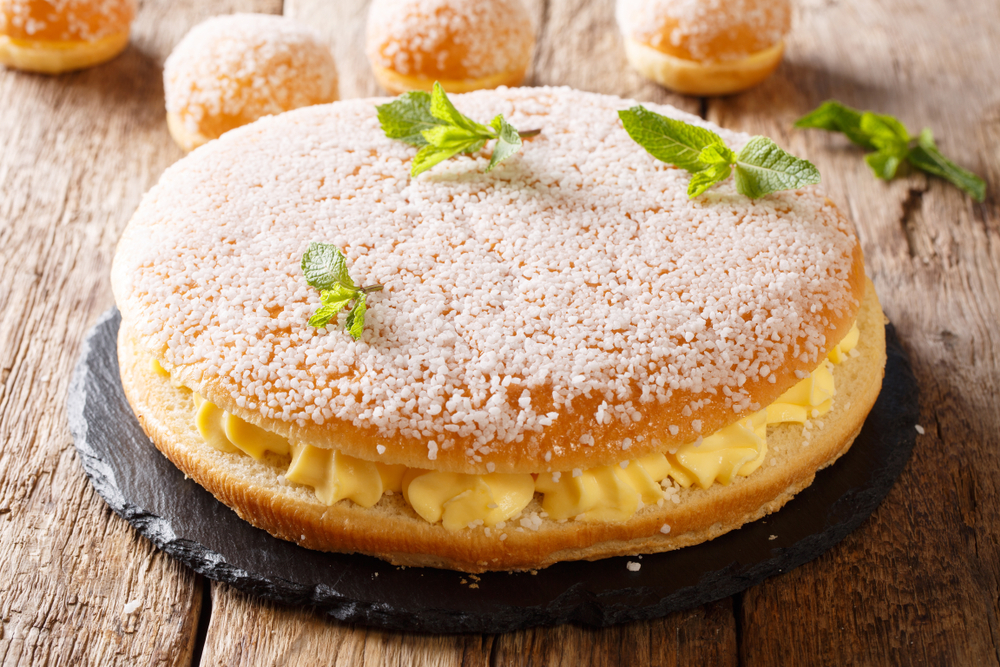 A Paris-Brest is what happens to a doughnut when you wish hard enough for the perfect one. The pastry was commissioned by Pierre Giffard for the Paris–Brest–Paris cycling race, attempting to reflect the circular wheels of the bicycles. It is a doughnut-shaped nuts-topped pâte à choux halved lengthwise filled with a rich hazelnut praline paste. 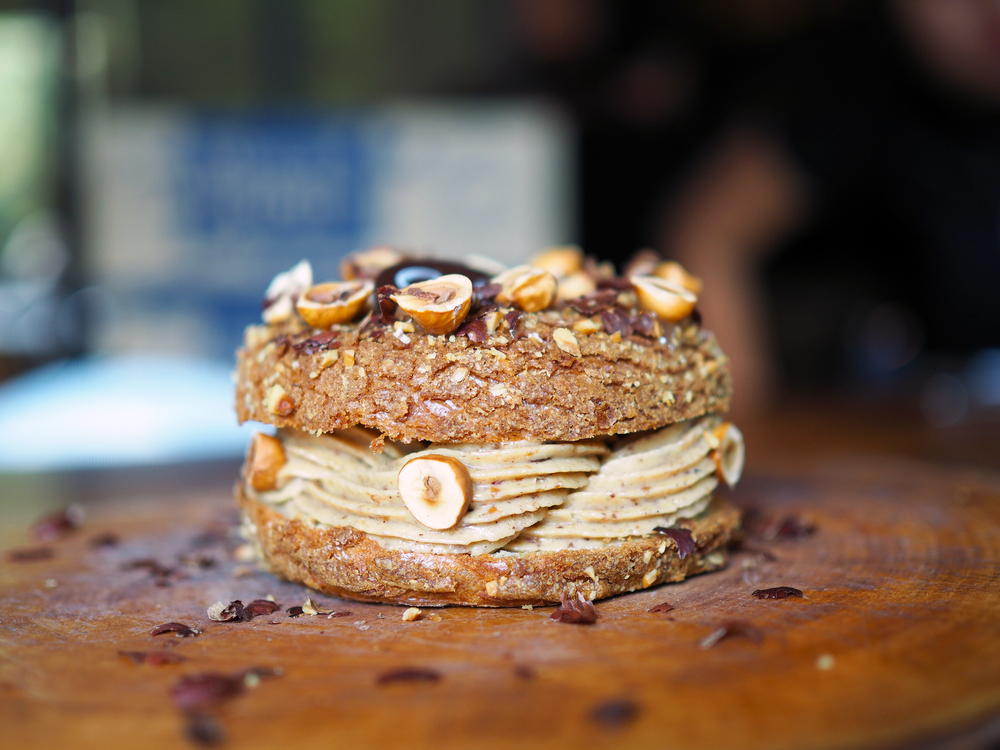