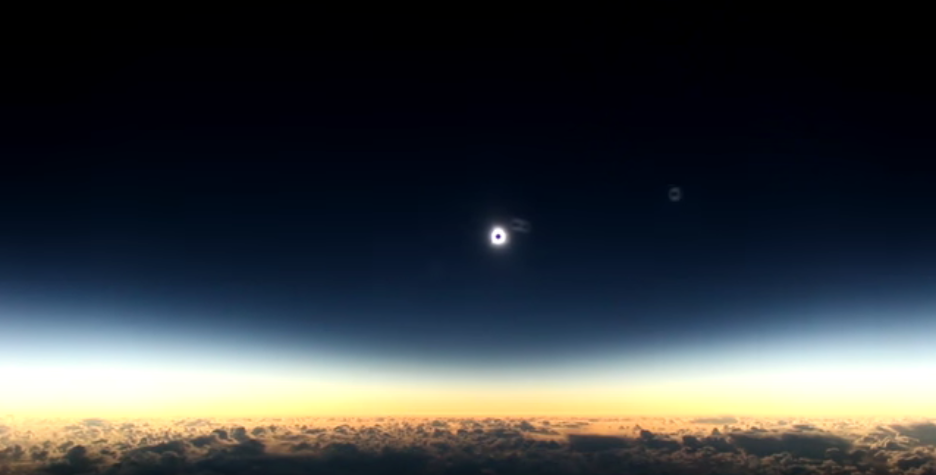 There’s no better place to see a solar eclipse than from the sky.

Joe Rao, an associate astronomer at the American Museum of Natural History’s Hayden Planetarium made a special request of Alaska Airlines, after discovering that their Flight 870 from Anchorage to Honolulu would intersect the ‘path of totality’, which is the darkest shadow of the moon as it passes over the Earth.

Unfortunately the flight’s regular schedule would have missed the spectacle by 25 minutes, so Rao phone the airline and asked if they’d move the departure time. They did.

Around a dozen astronomers and passionate ‘eclipse chasers’ joined 181 passengers and had the best seats in the house (on the planet!) as the moon blocked the sun for nearly two minutes.

And the footage is just incredible (see below). Even more incredible is the sound of the stargazers’ excited shrieks of joy and amazement throughout.

Its an unbelievably accommodating gesture, said Mike Kentrianakis, solar eclipse project manager for the American Astronomical Society, who was in seat 6F. Not only is Alaska Airlines getting people from Point A to Point B, but theyre willing to give them an exciting flight experience. An airline thats actually talking to their people and listening! Thats customer service at its best. Its become personal.