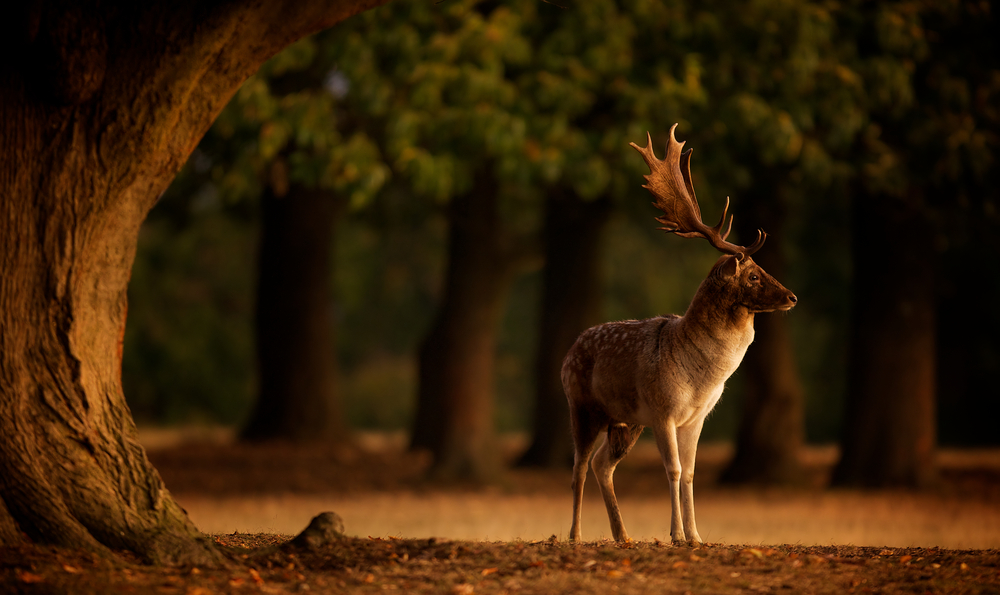 The spring sees Britain roaring awake from its winter slumber, welcoming new animal arrivals, and thousands of migratory birds returning home. For those who want to be surrounded by the sounds of bleating birdsong and lambs, get hands-on with farm animals or spy on some of the rarest species in the world, here’s where to experience the magic of the animal world in Britain. 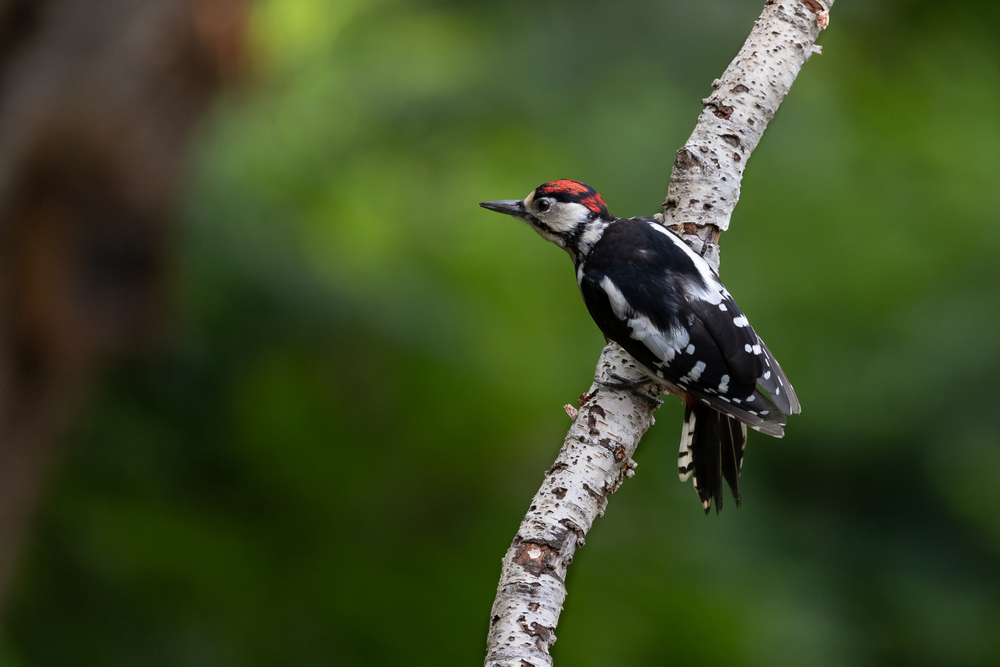 With its rolling slopes, heather moorlands and lush woodland, the North York Moors National Park comes alive in the early spring. From spying badgers as they first appeared through their setts in February to listen to the drumming of the great spotted woodpecker, the park is a hive of activity. Through March, the meadows and grasses are full of ‘ sparring ‘ hares, an exciting show of courting activity, while curls and lapwings are among the graceful wading birds to return to the high moors to breed. 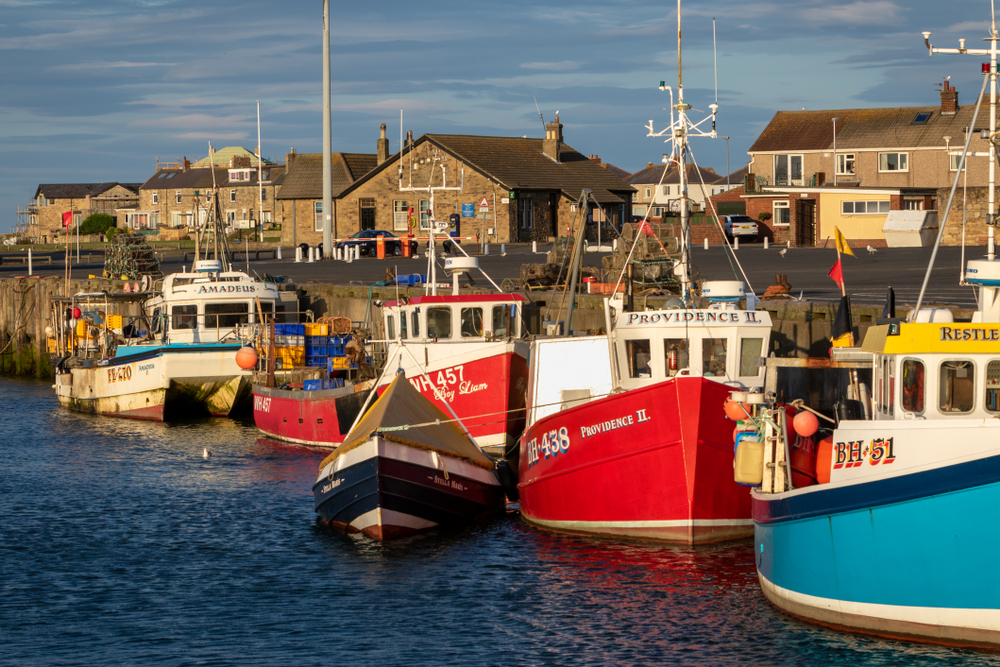 Celebrating all things puffin-related, the annual Amble Puffin Festival from 23-24 May derives its influence from the 20,000 strong Puffin Colony in the neighboring Coquet Island, an offshore RSPB reserve. While the island itself is secured, tourists will head off on a Puffin Cruise to see the newly hatched puffs up close. Alongside bird watching and nature-guided hikes, the festival is designed to appeal to people of all ages and features a craft show, live music and a number of other events at locations around Amble.

See Eagles in the Scottish Highlands 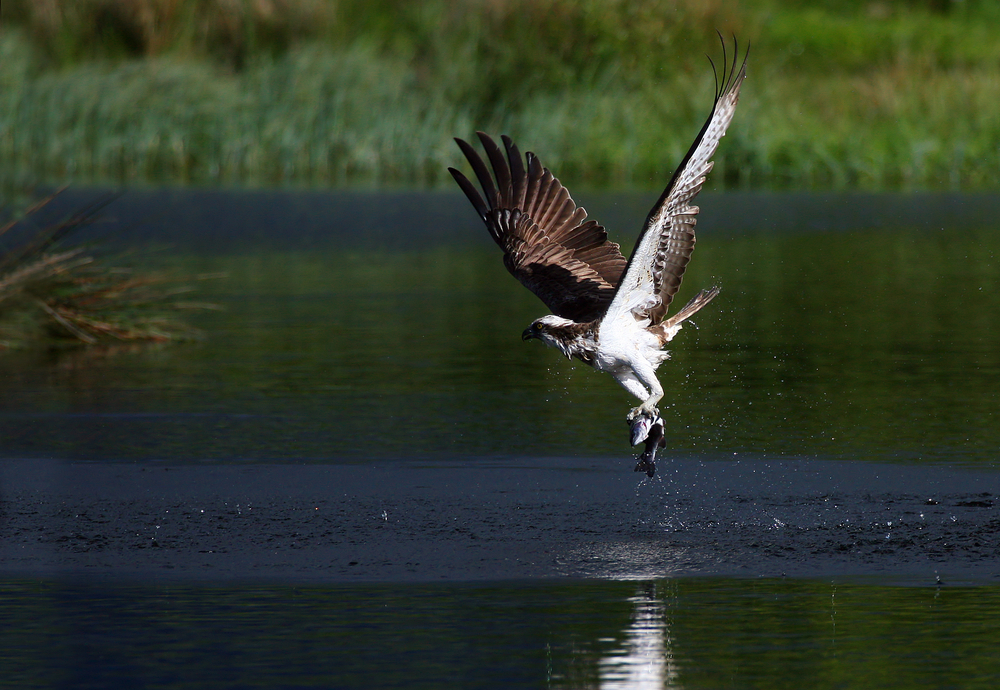 See the majestic golden eagle soaring in the western parts of the Highlands of Scotland at the end of April. Visitors to the Isle of Mull may also see the biggest bird of prey in Britain, the rare white-tailed eagle. Successfully reintroduced to Scotland after becoming endangered in the United Kingdom at the turn of the 20th century, magnificent birds use the lochs and moorland of the area as breeding grounds, rendering these wide open fields some of the best spots in Britain to see them in close proximity. Mull Eagle Watch is accessible from April and provides ranger-led tours to see the spectacular bird of prey, although tourists can also spy on otters and deer among a variety of other wildlife.

Where?  Isle of Mull, Scotland 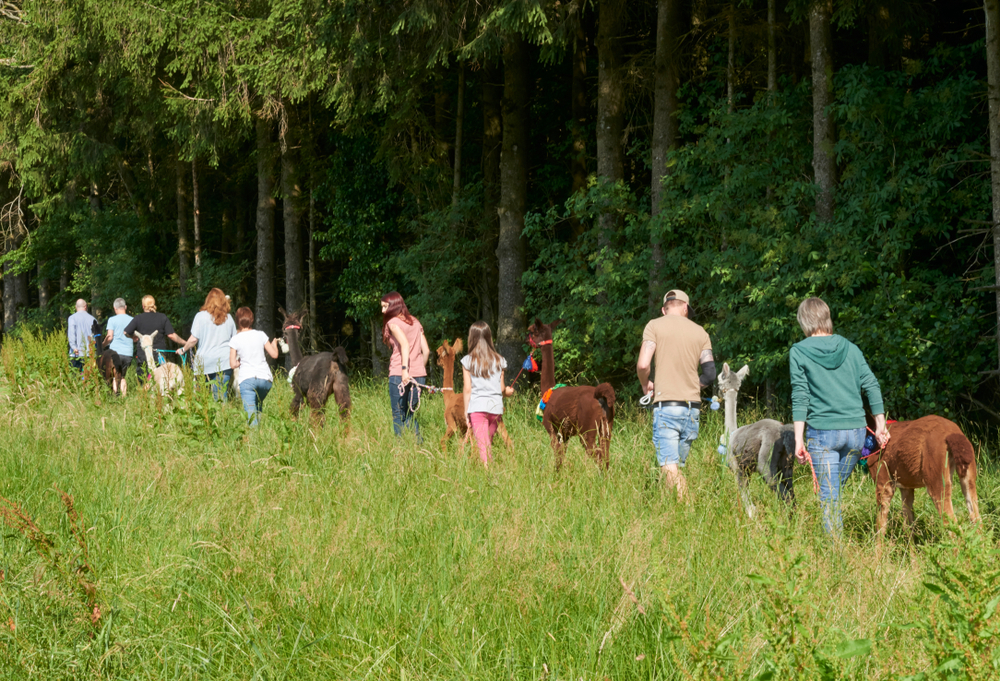 Move along the bridle and shore trails of some of Norfolk’s most beautiful landscapes, accompanied by one or more alpacas! Visitors can become an alpaca trekker for the day, learn more about the beautiful creatures while enjoying stunning views of the salt marshes and keeping the alpacas healthy–all against the background of fresh spring blossoms and lush greenery. 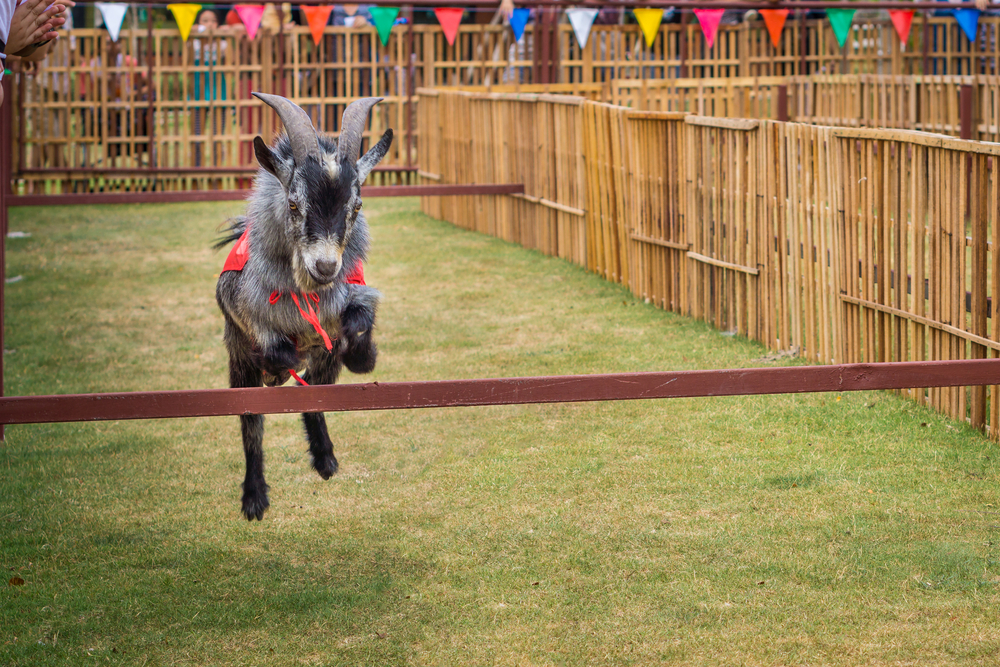 In accordance with the famed River Thames boat race between Oxford and Cambridge, Spitalfields City Farm will hold its own version of the event on 29 March 2020 – The Oxford & Cambridge Goat Ride! As part of a goat-related mini festival, two goats – aptly dubbed Oxford and Cambridge – run around the farm at their own pace, as tourists can experience a variety of music, games and shows. 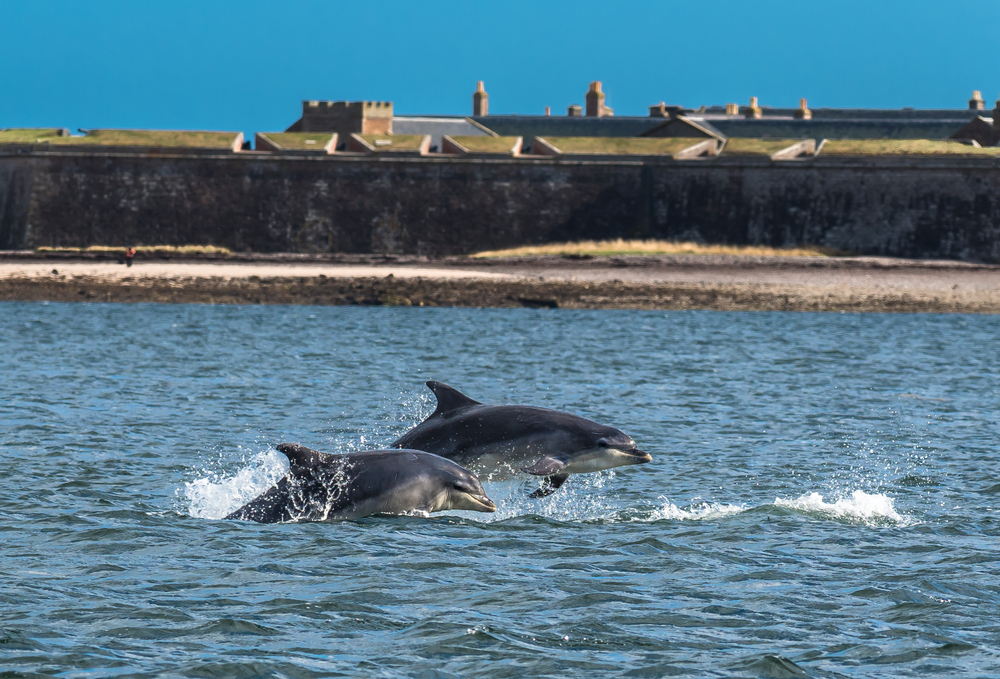 With a vast population of bottlenose dolphins living in Moray Firth, there are plenty of places along the coast from which to see majestic creatures as they leap acrobatic out of the sea. Chanonry Point on the Black Isle, near Fortrose, is one such spot, allowing keen photographers to get as close to the action as possible without getting wet! 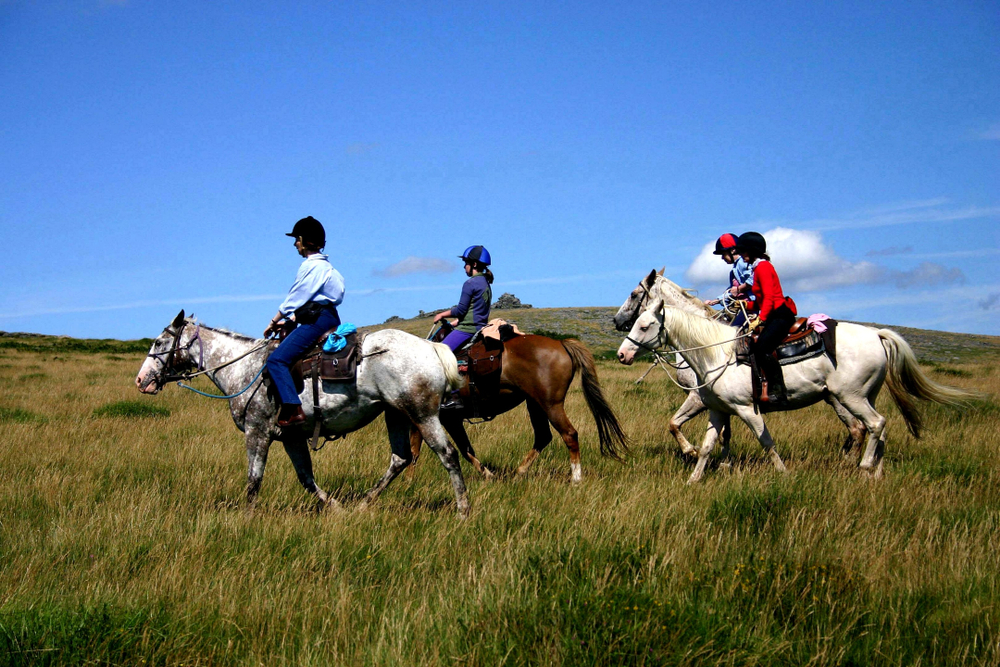 Enjoy a quiet journey on horseback through the vast moorland and ancient woodland of Dartmoor National Park and see the region’s beautiful landscape from a different perspective as it blossoms into existence.Taking advantage of some of the biggest, oldest and least populated parts of the preserved countryside in the south of England, premium riding experiences come with informative guides and offer a variety of dining options where tourists can enjoy the best local delicacies.