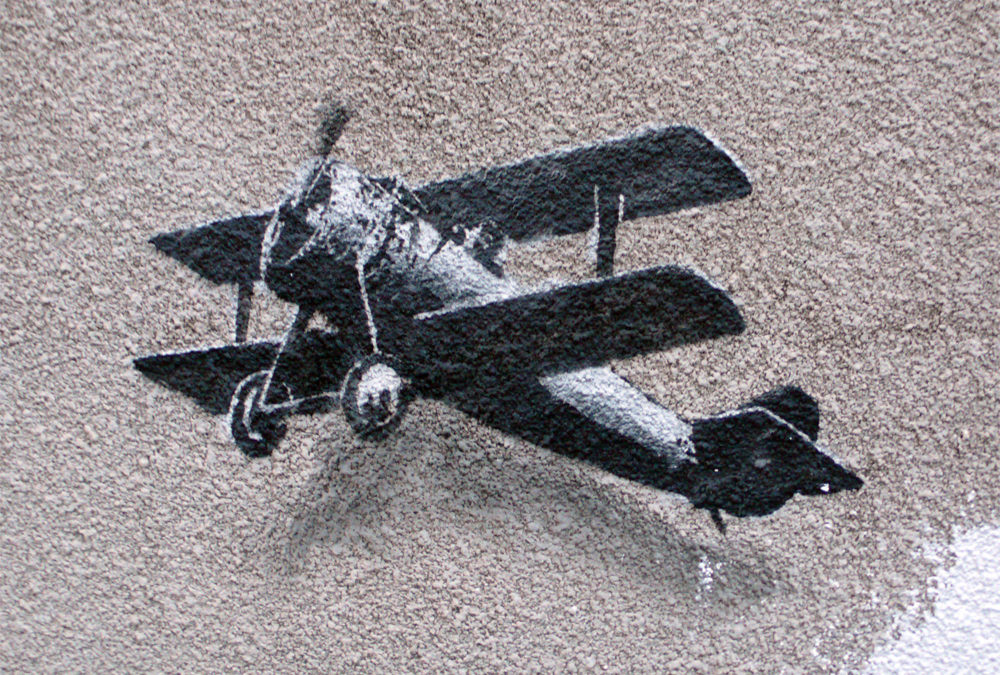 Around the world with Banksy

Said to hail from Bristol in the UK, the mysterious and illusive Banksy creeps around the world creating his unique style of graffiti on bare and often ugly old walls in a variety of city streets. His images are wistful, rebellious and thought provoking, often containing powerful social messages. When a Banksy pops up experts clamour to confirm its authenticity  as copycats occasionally attempt to imitate his work.

Waking to find a Banksy scrawled across the front of your house can be like winning the lottery. His work has been known to sell for hundreds of thousands of dollars, one even selling for a record US$1.8 million at auction in 2008. Angelina and Brad own a Banksy and he worked with Blur to produce the album artwork for Think Tank. There’s often a rush of fans scrambling to a new site to see the work first-hand before council or the building’s owners, who may not quite appreciate his efforts, have it removed. Although, a lucky mobile home owner found his trailer valued at half a million dollars after being inked by Banksy.

Throughout the month of October 2013, Banksy proclaimed himself New York’s artist in residence and fans in the Big Apple regularly woke up to a number of installations which left the New York City Mayor rather unimpressed. Little is known about his technique although it’s thought he prepares stencils so he can complete his work fast so as not get caught.

In a rare (email) interview with Australia’s Sydney Morning Herald in 2010, Banksy said, ‘Graffiti isn’t meant to last forever. I’d prefer someone draw a moustache and glasses on one of my pieces than encase it in Perspex. I’ve always been uncomfortable with the way galleries put things on a pedestal. I think art should be a two-way conversation, not a lecture from behind glass’.

As Bristol was the artist’s first cityscape canvas during the 1980s there are a number of walking tours and internet guides to exploring his work. Since then Banksys have appeared most prominently in London, Los Angeles and New York, as well as Barcelona, Berlin and Naples in Europe, Melbourne and Sydney in Australia and other locations in North America such as Boston, Chicago, Detroit, New Orleans, San Francisco and Toronto.

If you love Banksy or just appreciate the unique way he shares his social commentary, here’s some of his work from around the world:

Find out more… or less about Banksy at his website