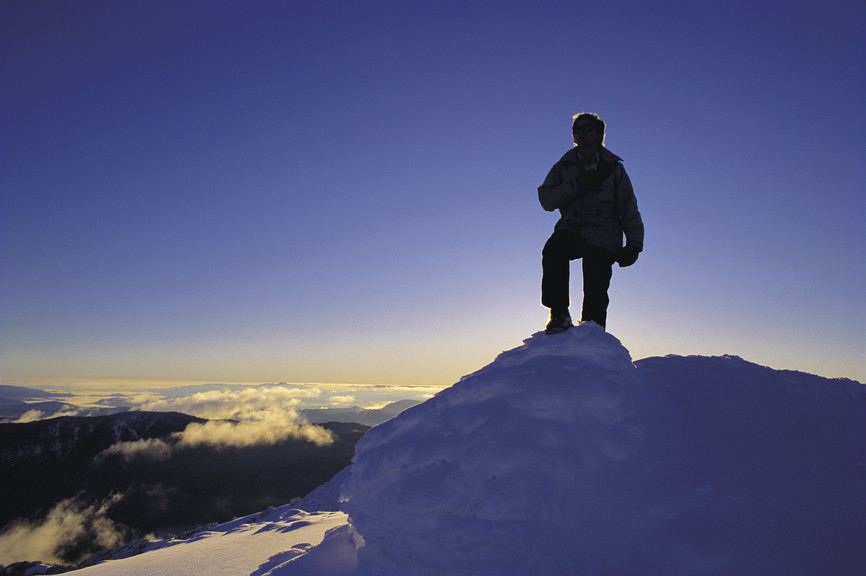 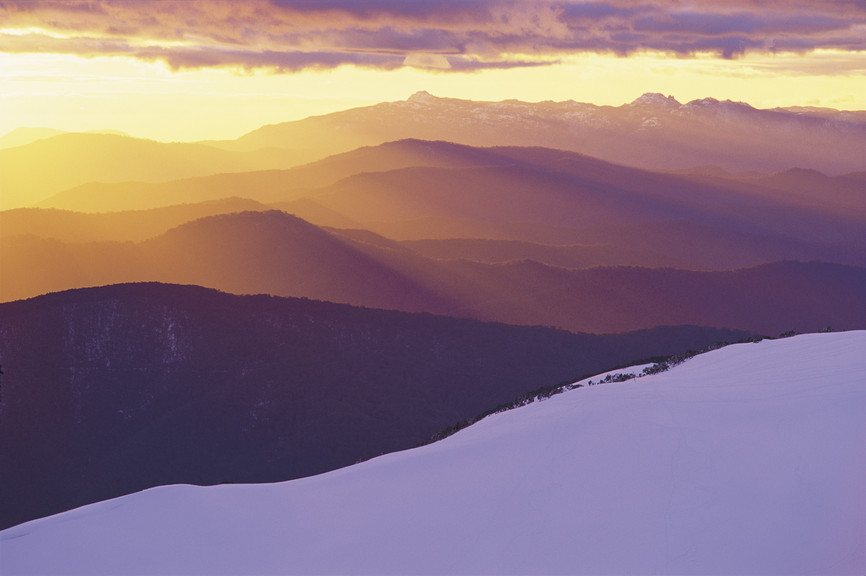 Between June and August, Australia’s Alps are blanketed in snow. Spanning from New South Wales, the Australian Capital Territory and Victoria in the country’s southeast, this beautiful countryside is the perfect winter playground.

Choose from hundreds of ski-runs over ten locations in Victoria, some just a day trip away from Melbourne. You can enjoy Mt Donna Buang and Mt Baw Baw and return to Melbourne the same day, or spend some time at Mt Buller for some great downhill ski options, or take to the powdered trails of Falls Creek for some cross-country skiing. If you’re not an experienced skier, take some lessons from the experts – professional classes are also available for the kids. 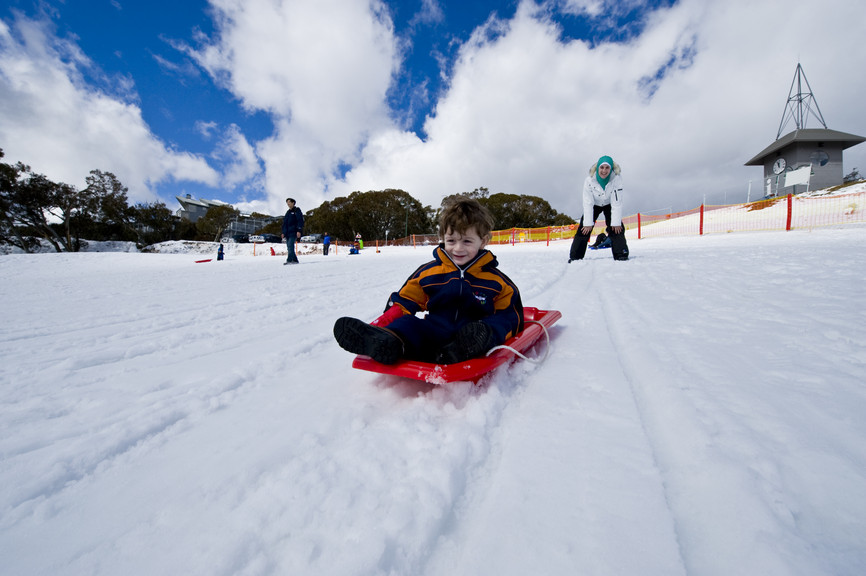 At Mt Buller there’s a huge variety of ski runs to suit every ability. Snowboarding gradients are also available, and there’s nothing quite like skiing or snowboarding under the stars. Take a trek up to the top of Mt Buller in snow-shoes or jump in a gigantic rubber tyre for some downhill fun. 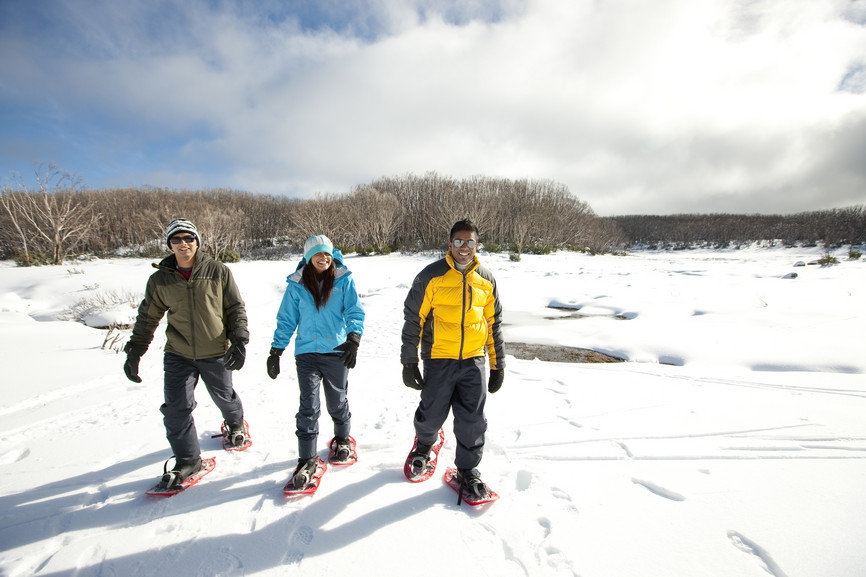 Falls Creek, located within the Alpine National Park in the breathtaking Bogong High Plains, is around a four to five hour drive from Melbourne. Boasting over 90 ski runs and 20 cross-country trails from steep slopes for the experienced and deep powder at Rocky Knobs and Dam, this is where Australia’s national cross-country team do their training. Competitors also descend on the mountain in August for the Kangaroo Hoppet snowsports event. If that’s not your speed try some snow bungy trampoline bouncing or jump on a toboggan. Watch the sunset from the 1,800m summit or cruise in a helicopter to Mt Hotham – unforgettable.

Drive from Sydney to Jindabyne, around 5-6 hours, and explore the picturesque town, continuing on to the popular ski resorts of Thredbo, Perisher and Charlotte Pass. Alternately you can fly from Sydney to the Snowy Mountains Airport and drive 45 minutes to Jindabyne, or ride a number of coach services from Sydney, Canberra and Melbourne. 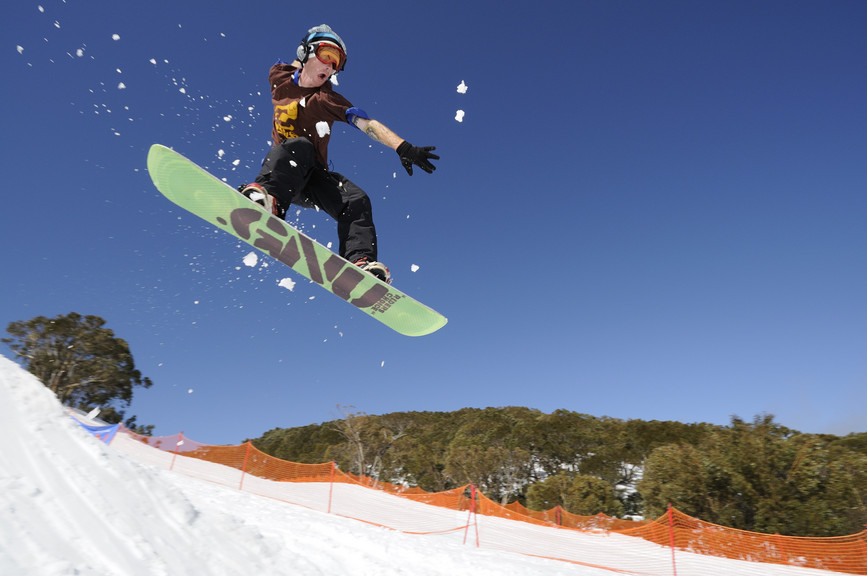 Thredbo boasts Australia’s longest ski run along with gourmet restaurants and evening hangouts. If your not comfortable on skis explore the breathtaking countryside on specially-designed snow shoes on a guided tour. Head to the country’s highest mountain at Mt Kosciuszko and explore the National Park which covers 700,000 hectares (Australia’s largest).

Rise gently to the top on the Kosciuszko Express Chairlift and take in the spectacular mountain views. The ride is almost two kilometres long and ascends 560 vertical metres in around 15 minutes. Plan some time to visit Yarrangobilly Caves at the northern end of the park and marvel at five limestone caves that are around 440 million years old! Warm your bones in the cave’s thermal pool in soothing waters that come from deep beneath the earth. 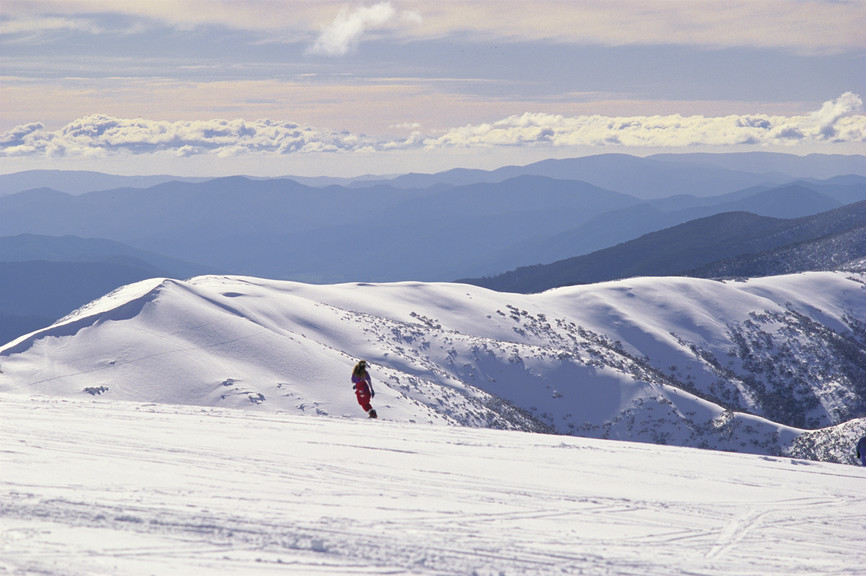 The Snowy Mountain region has an amazing history to accompany its breathtaking natural beauty. Stretching from Canberra in the north almost to the border of Victoria in the south, it holds deep spiritual significance for Aborigines. Early European stockmen and farmers who called the stunning countryside home during the 1800s were immortalised in one of Australia’s favourite poems (which also became a film) – The Man from Snowy River.

While Thredbo and Perisher Valley are popular ski spots, you can also explore some of the more quieter towns of Guthega, Mount Selwyn and Smiggin Holes. An abundance of accommodation is available from ski lodges to affordable motels and cosy apartments. 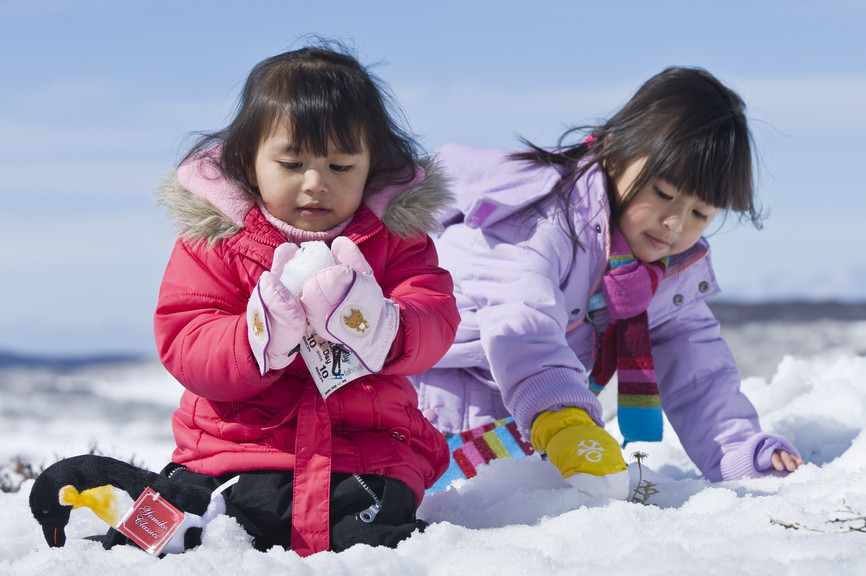 There’s no need to fly half way around the world with the family to experience a winter holiday wonderland – Australia’s got it all. And who can resist towns with names like Mount Blue Cow, Mount Bogong and Sawpit Creek?! Throw in some incredible gourmet dining made with fresh local produce, and maybe some high country lake fishing, and you have a perfect, uniquely Australian, alpine holiday.

Pack your scarves and warm clothes and find the best flights and hotels in Australia here.