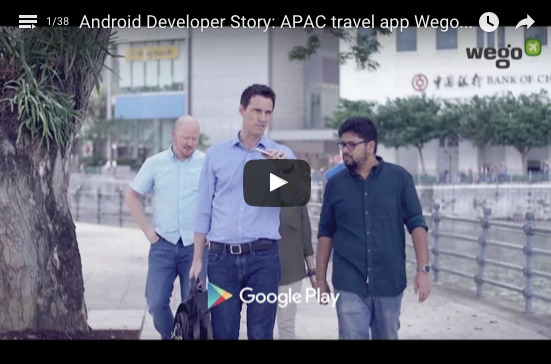 Behind the scenes with Wego’s product development team

It was all lights, camera, action for Wego at Singapore HQ recently, when Google dropped in to film our talented team in a short video for the Android Developer Story series.

Wego’s travel app for Android has proved extremely popular with travellers in the Asia Pacific and Middle East, highly rated by users and features consistently in the top five travel apps on the Google Play store.

“We’re so pleased to be able to share our team’s commitment to providing the best and most relevant travel app for travellers. Our consistent dedication to highly optimised code, simple user interface, built using Material Design and attractive features, has been received extremely positively by travellers, and resulted in exponential increases in our monthly user retention rate,” Mittal said.

“More than half of travellers who use Wego to find the best hotel rates and airfares are Android users, and our developers are passionate about providing the best native Android experience possible,” Mittal added.

Watch Wego CEO and co-founder, Ross Veitch, and the mobile and product development team, as they reveal insights into creating the best travel app for Android.