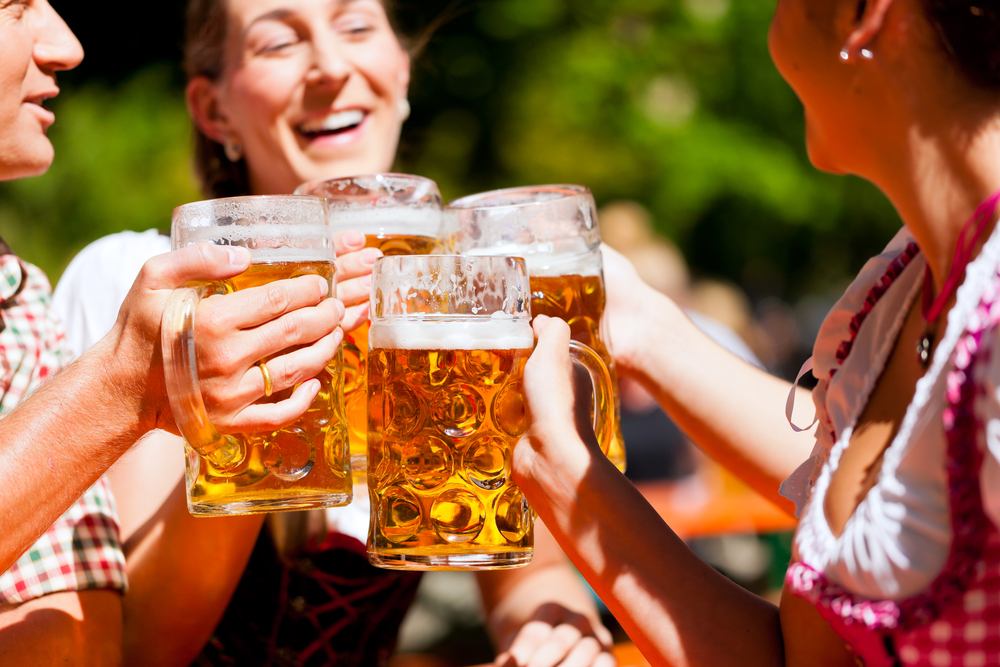 No other country is more synonymous with good beer than Germany, and the country’s many beer halls certainly give their guests a merry-making great time. Quality brews with rich legacies are enjoyed in huge glass mugs or masses, and can expect the experience to be complete with a mouthwatering feast of classic Bavarian delights.

From legendary beer halls that have made their mark in literature to vast beer gardens, Germany is truly a beer lover’s paradise. Bottoms up to a merry-making good time at these 5 beer halls in Germany! 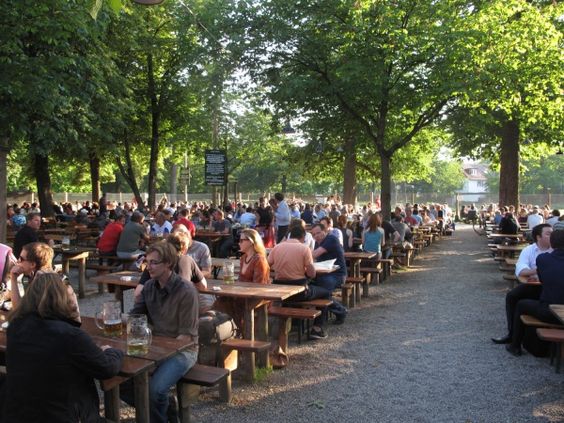 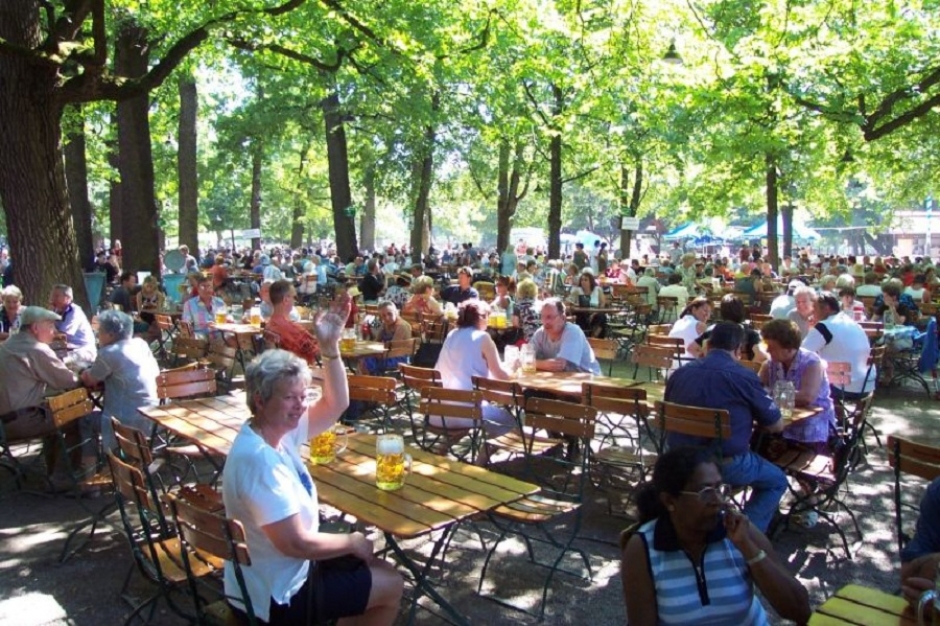 And it’s not just the wide green space that attracts so many merry-making guests from around the world. Hirschgarten also offers an exclusive range of homemade ice-cream, as well as other unique dishes such as Steckerlfisch, a grilled fish dish that is popular with the locals. In this shared open space, guests wash the beer mugs themselves, and it’s not uncommon for a random stranger to walk up and share a drink or two with you.

Drawing fame as the first stop of many Faust makes in Goethe’s renowned play, Auerbachs Keller’s illustrious heritage and star-studded roster of guests makes it one of the world’s most famous beer halls. So famous in fact, that Goethe himself proclaimed, to not pay a visit to Auerbachs Keller is to not have visited Leipzig. 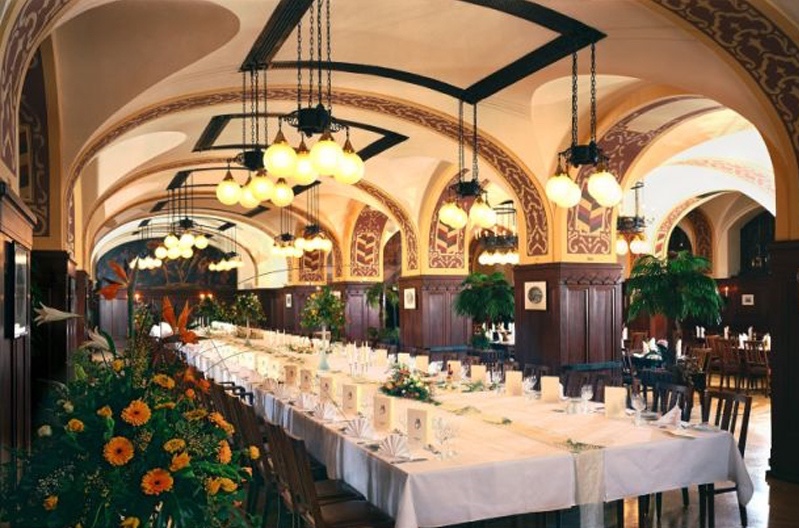 Already well-known as one of Leipzig’s finest wine bars in the 16th century, Auerbachs Keller has since played host to distinguished guests like Mark Twain, John Wayne and Otto Von Bismarck. The walls of this cellar bar-restaurant are strewn with graffiti, some of which belong to Hollywood stars, political bigwigs, great thinkers and even infamous personalities.

Any fan of Goethe’s Faust should definitely pay this grand old bar a visit, and while you’re there, be sure to check out the “Cask Cellar Ceremony” too! 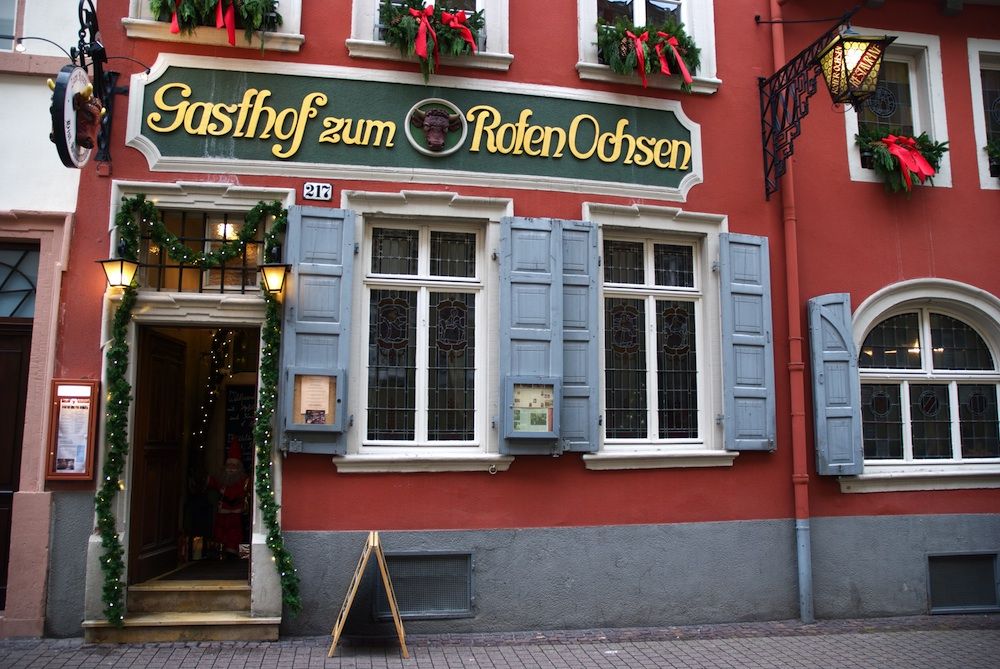 Otherwise known as “The Red Ox”, Zum Roten Ochsen is one of Heidel’s oldest — and most beloved — student pubs. This beer hall sports many motifs found in baroque architecture and a unique saddle roof which sets it apart from the rest of the locale, and the walls of this quaint establishment hold nearly 300 years of beer hall heritage. In the evening, the piano plays a medley of German folk songs and student hymns, all while merry-makers enjoy a playful round of drinking games.

Just like Auerbachs Keller, Zum Roten Ochsen has also played host to a number of stars over the years — pop culture icon Marilyn Monroe and the King of Rock Elvis Presley have paid a visit, so keep an eye out for any other famous figures while you’re there! 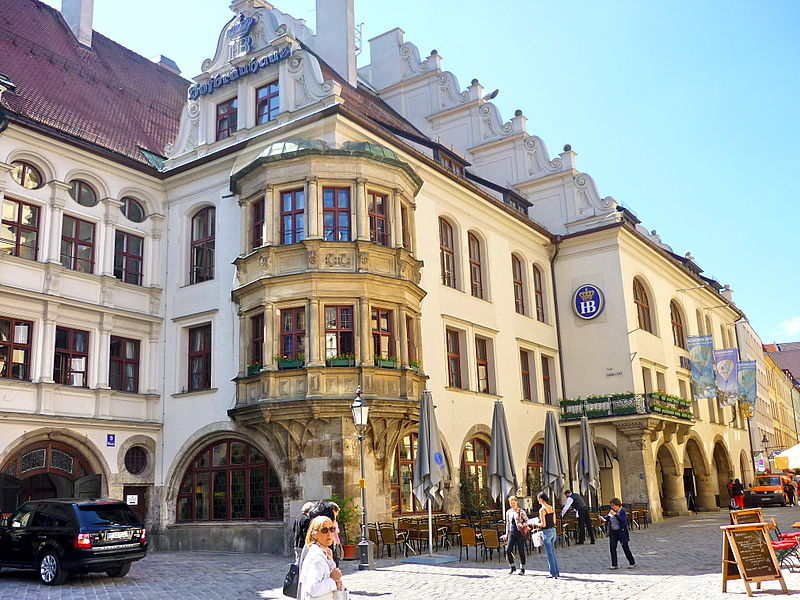 No list on the best beer halls in Germany can possible give this legendary establishment a miss. While the Hofbrauhaus brand has since expanded from royal brewery to  global beer franchise, the original Hofbrauhaus am Platzl beer hall in Munich still holds a special claim to fame. So legendary was this beer hall’s brew, that when King Gustavus Aldophus of Sweden invaded Bavaria during the Thirty Years’ War, he spared the city of Munich in exchange for 600 000 barrels of Hofbrauhaus beer!

A pilgrimage to the greatest beer hall in the world is an absolute must for any serious beer lover. Hofbrauhaus am Platzl’s legacy is unrivalled and so are their beers, and even if you’re not a fan of beer, the impressive architecture, sheer number of uniquely designed dining rooms and merry-making vibes are more than enough to make it worth the visit.

Hofbrauhaus am Platzl may dominate the spotlight, but Augustiner – Braustuben still attracts quite the crowd. A traditional wooden beer hall with almost 7 centuries of history, Augustiner – Braustuben is Munich’s best kept secret. Most of the people here are locals, and every aspect of dining — and drinking — here has stuck to time-tested traditions. Copper brewing cauldrons and hand-operated life barrels reflect this beer hall’s insistence on doing things the old way, and they do indeed churn out some of the best Augustiner in Munich.

With a total of 690 seats, Augustiner – Braustuben is lively, yet unimposing. Guests will find the merry atmosphere here most inviting,  and private conversations can still be had with ease. Another big draw is the sheer size of this beer hall’s servings — most dishes come in extremely generous portions and feature some of the best cuts in the market, making every mark spent well worth it.

Whether you’re marvelling at antique beer barrels or managing that fulsome beer belly, Germany’s beer halls will guarantee you a hoppin’ good time. Stop by and grab a cold one anytime, and you might quickly find yourself in the company of new friends!

– Best Scenic Routes for Your First Road Trip in Germany

– 10 Popular Kid-Friendly Activities to Do in Berlin