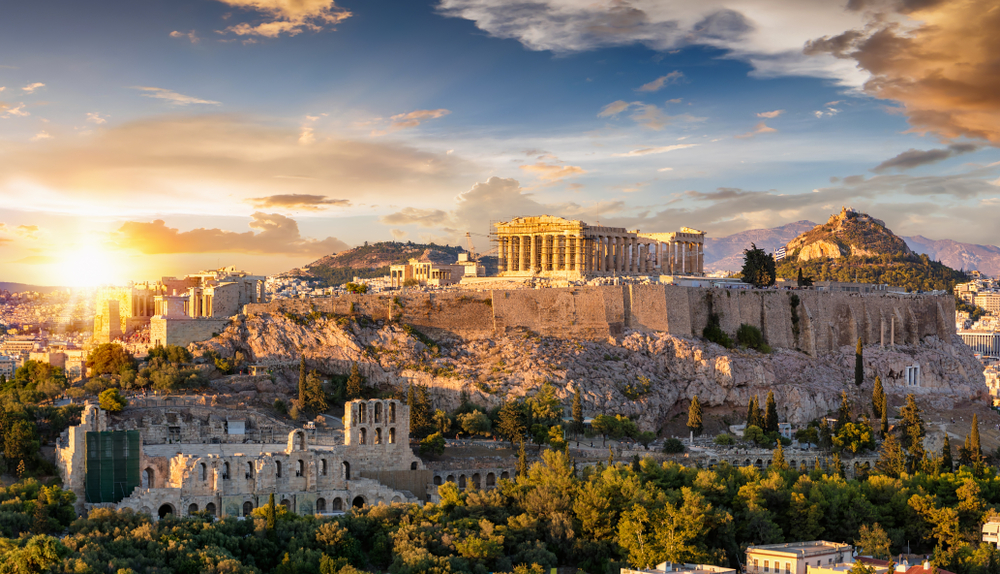 Best Trips From UAE in January 2020

Still in the holiday mood? January is the perfect time to do some traveling as there generally tends to be lesser tourists, and prices tend to be lower as well. Here’s six cities you could travel to for under 4000 AED!

For easy booking at your fingertips, get Wego app now!

The capital and largest city of the world’s largest country, Moscow is one of the most awe-inspiring cities in the world. At the center of it all is the Red Square, the city square where the iconic St Basil’s Cathedral is located, and borders the Kremlin – the official residence of the President of the Russian Federation. 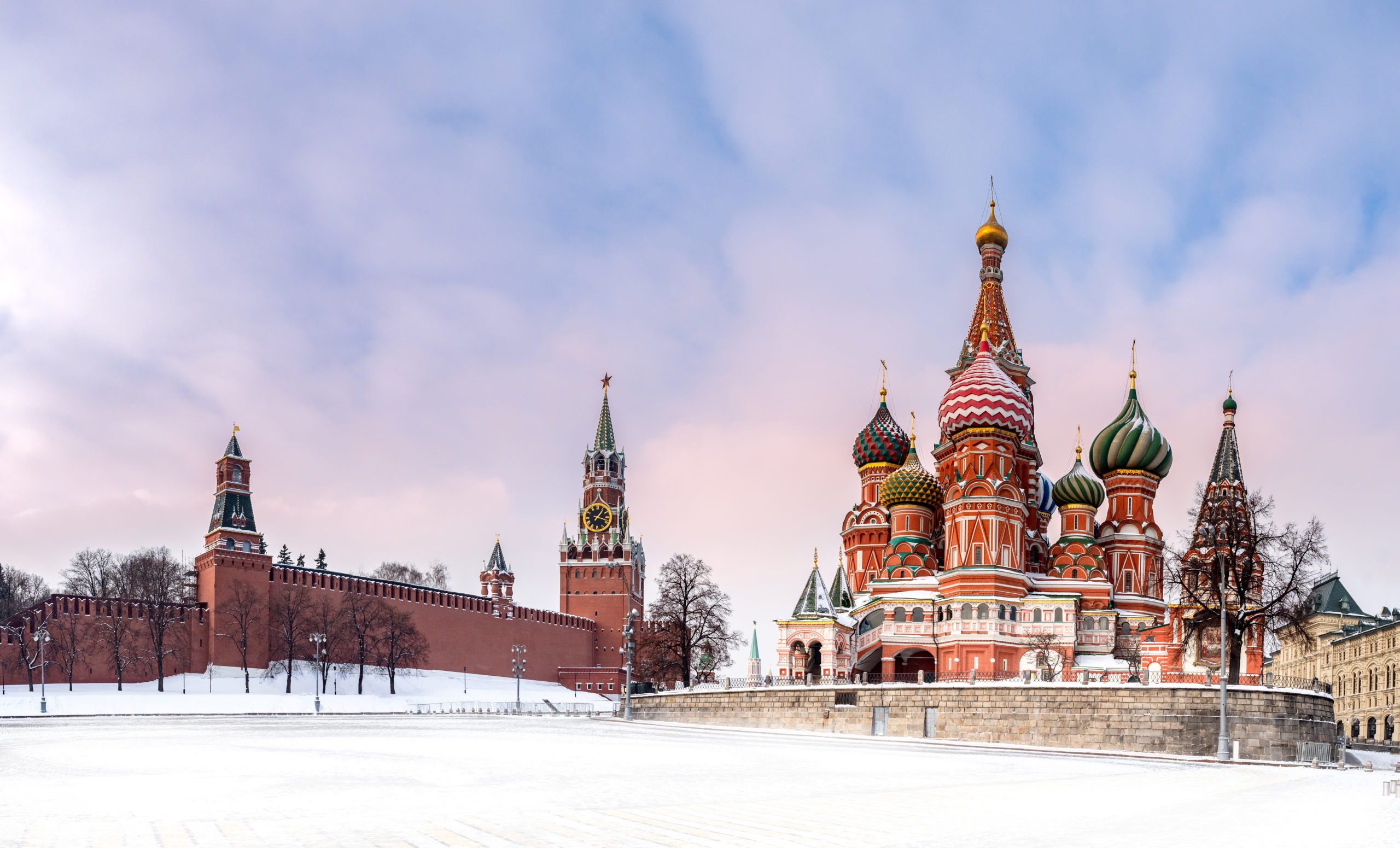 The Red Square is undeniably one of the most – of many – picturesque sites in Russia. Taking a walk around Red Square would put you around the alluring, brightly colored domes of St Basil’s Cathedral and the imposing walls of the historic Kremlin, making for a perfect spot to take obligatory photos or just enjoy the stunningly storied views.

Aside from the beautiful architecture and illustrious history, the city is also particularly known for its significance in the performing arts, with ballet being one of the most prominent. One of the best places to watch an enchanting performance is the elaborately ornate Bolshoi Theatre, a destination in itself. 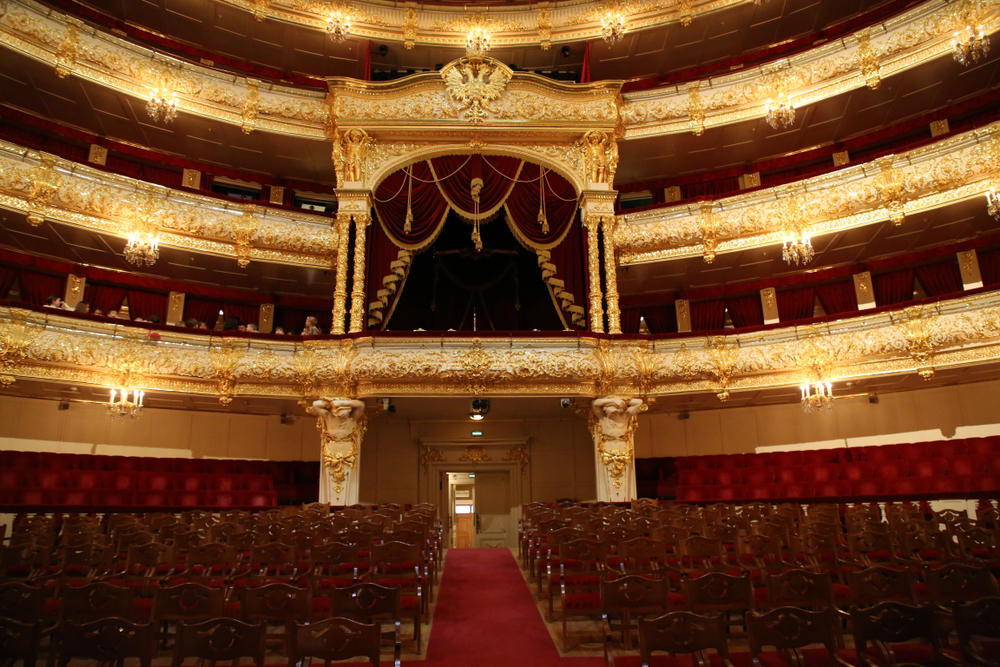 Like a true metropolitan city, Moscow doesn’t just have ornate historic buildings, but also towering glass skyscrapers. From the second tallest building in Europe to a twisted building that replicates the shape of DNA, this riverside CBD is truly a sight to behold. 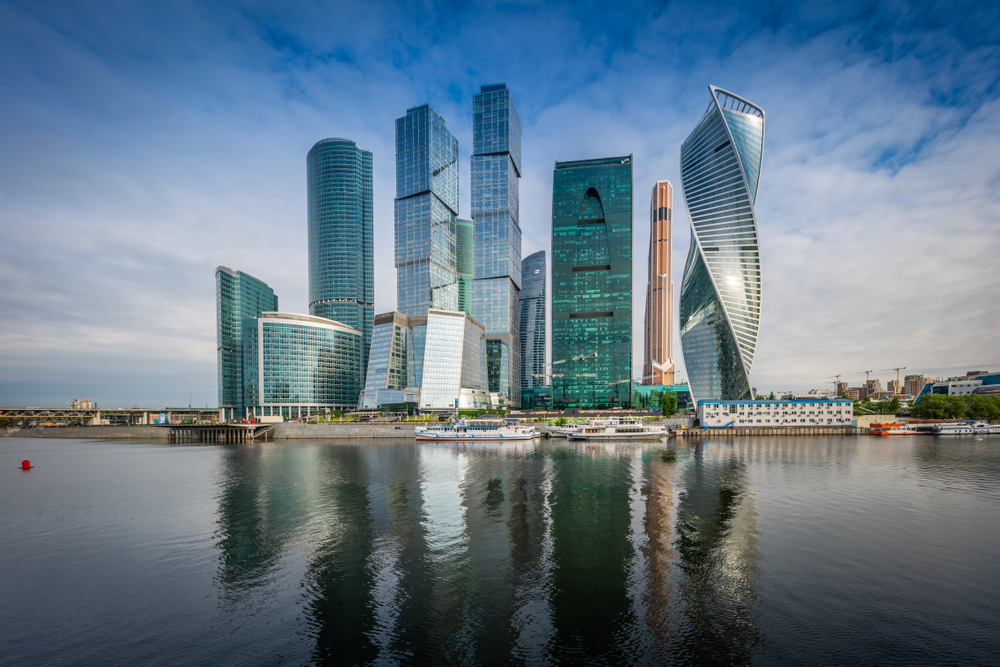 The former British colony of Singapore has since come a long way from its early days of independence, transforming from a dilapidated backwater to a modern metropolis. It was thrust into the spotlight internationally in recent years, thanks to some high-profile migrations of billionaires onto the island as well as serving as the setting for Crazy Rich Asians. 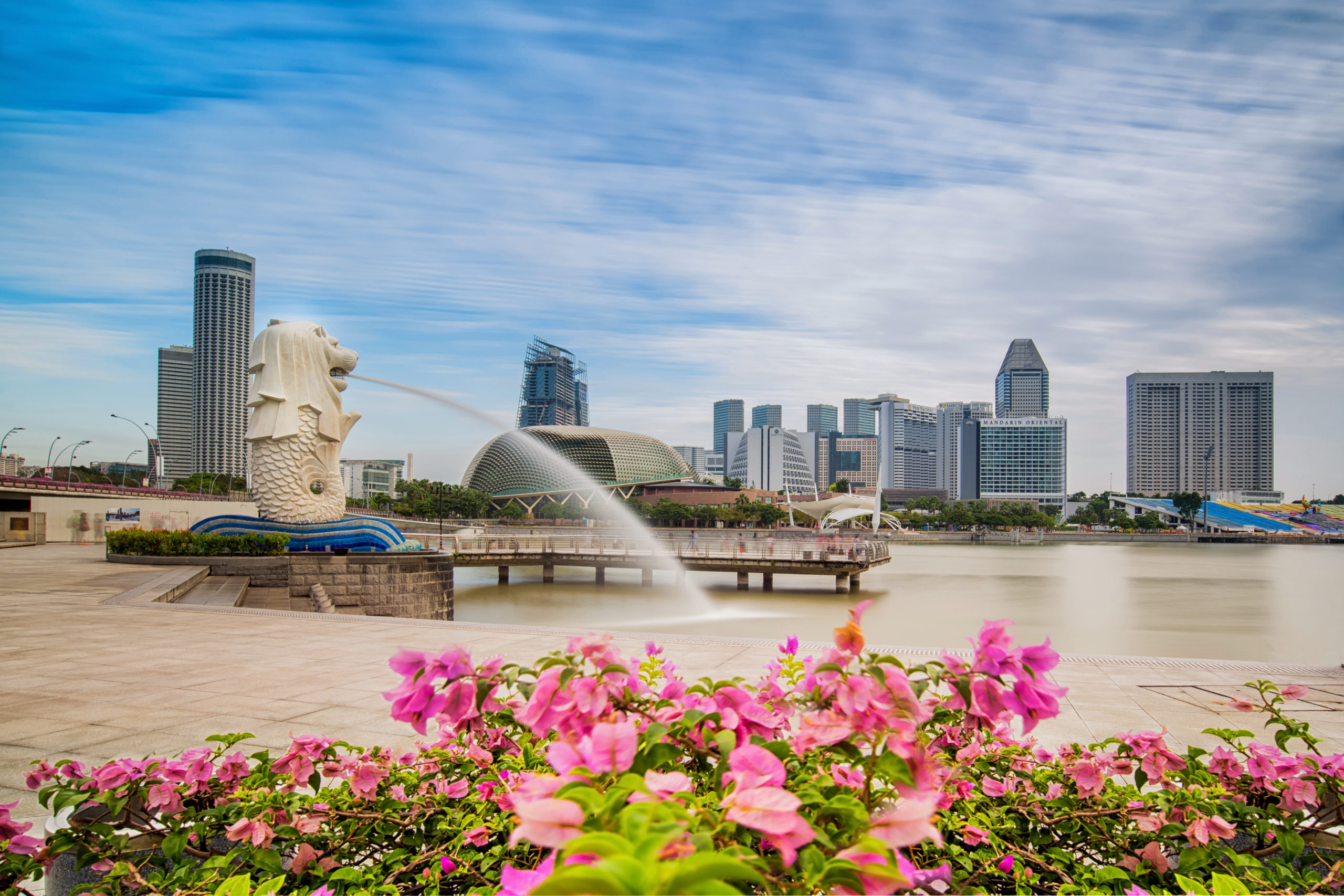 One of the buildings synonymous with Singapore’s cityscape is Marina Bay Sands. Designed by Moshe Safdie, the integrated resort is famous for its rooftop pool that sits 191 meters above ground and boasts of spectacular views of the city. Marina Bay Sands also boasts of Michelin Starred restaurants, sprawling luxury boutiques, and a state-of-the-art museum. 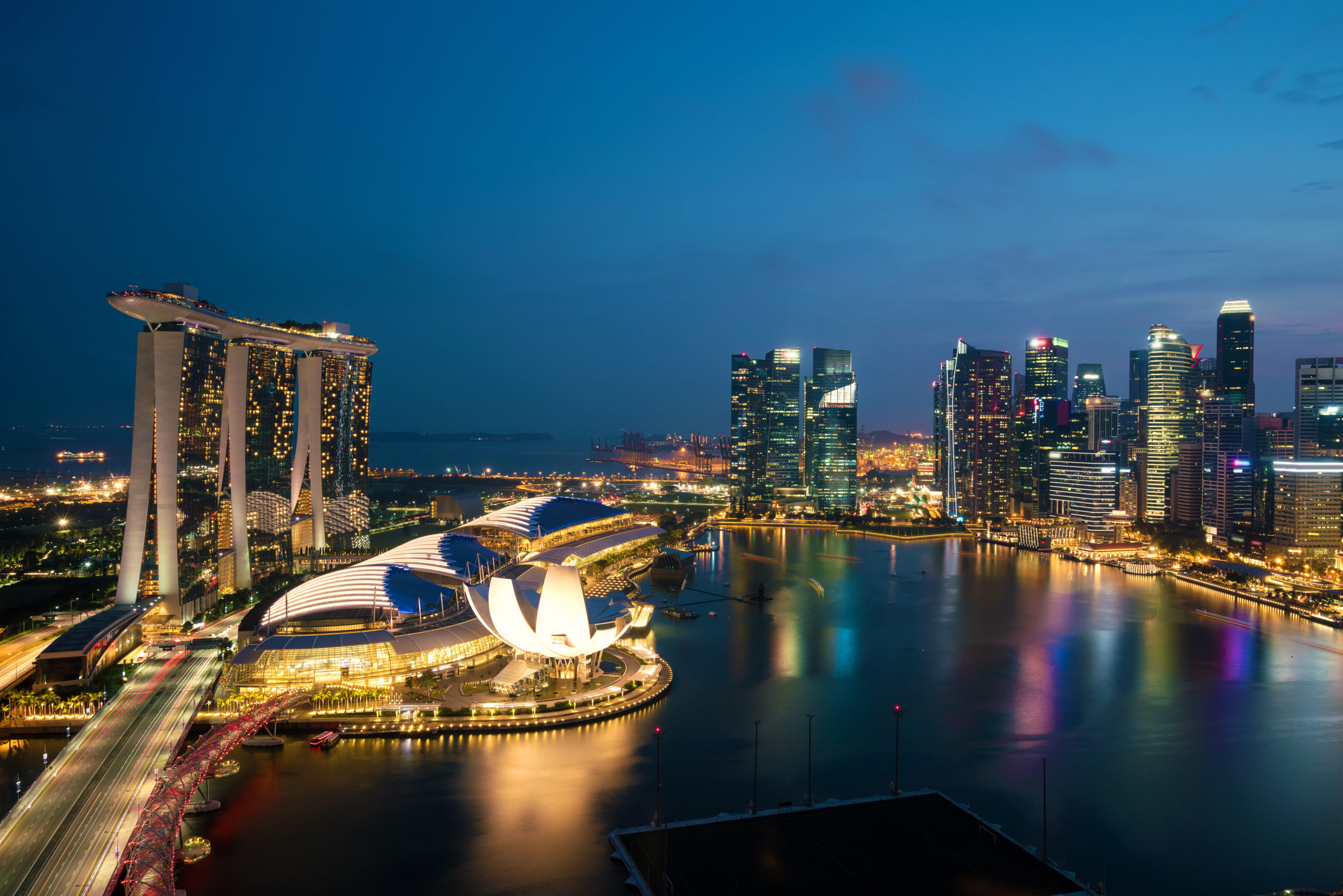 Aside from sparkling modern buildings, the city also has plenty of spectacular historic ones built during Singapore’s colonial period. Some of the most impressive specimens of such structures include the now Fullerton Hotel, National Gallery, and Victoria Theatre, which are all located in the Civic District of Singapore and sit adjacent to one another. 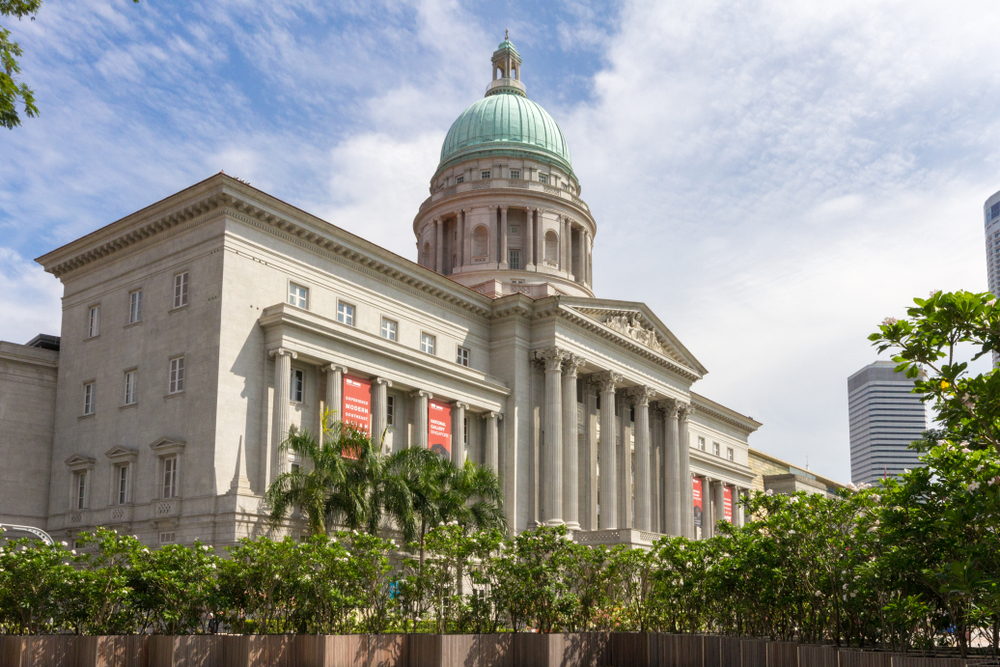 Singapore is also well known for its gastronomic scene, and you could find cuisines from the world over. It has the world’s cheapest Michelin Starred dish – at just $2 for a plate of chicken rice – and plenty of other lauded local food which can be found in the very affordable hawker centers. The fine-dining scene is also a bustling one, with Michelin-Starred restaurants from celebrity chefs like Chen Kentaro and Wolfgang Puck, and homegrown ones like Les Amis. 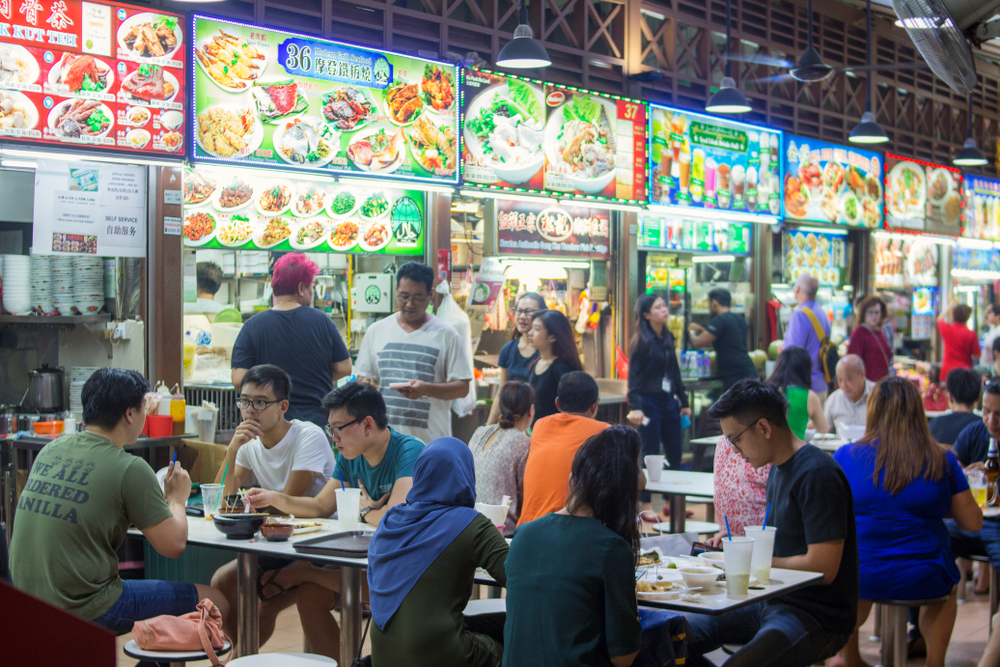 Athens is undoubtedly one of the most historic cities and is widely believed to be the cultural and intellectual nucleus in the ancient western world. With its history spanning across 3 millennia, the cultural and historical sites are abundant. 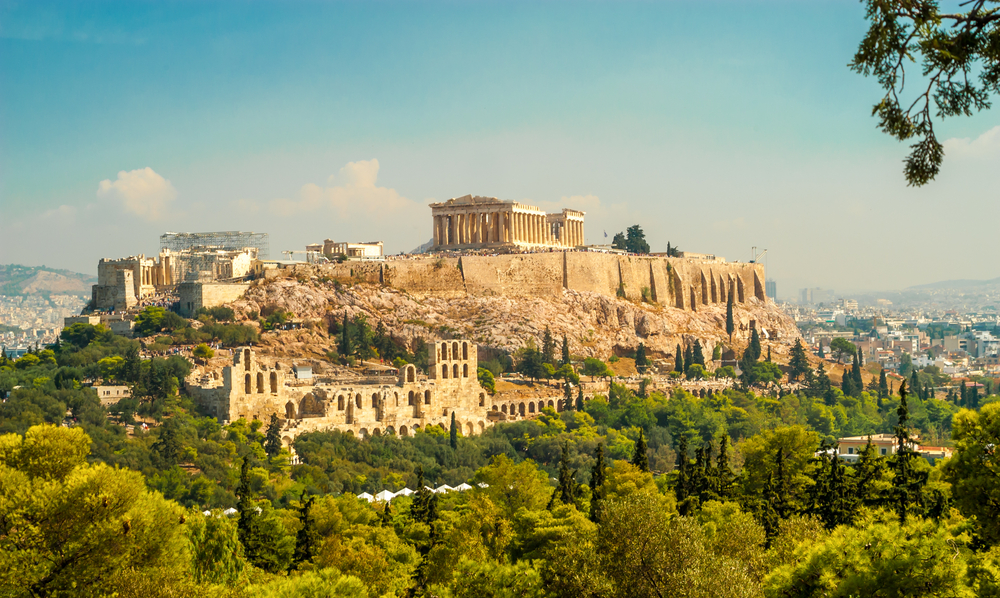 Amongst the most recognizable icons of Athens is the Acropolis, which sits high up on a steep hill, and overlooks the city. The monument is visible almost anywhere in the city, and many buildings are built to face it, allowing you to view the many personalities of the 5th century BC temple throughout the day easily.

With a city as storied and monumental as Athens, there are plenty of other historical sites as well, such as the Temple of Poseidon, located at Cape Sounion. The cliffside ruins make for a dramatic scene, with the towering marble columns of the ancient temple perching almost 60 meters above the sea. 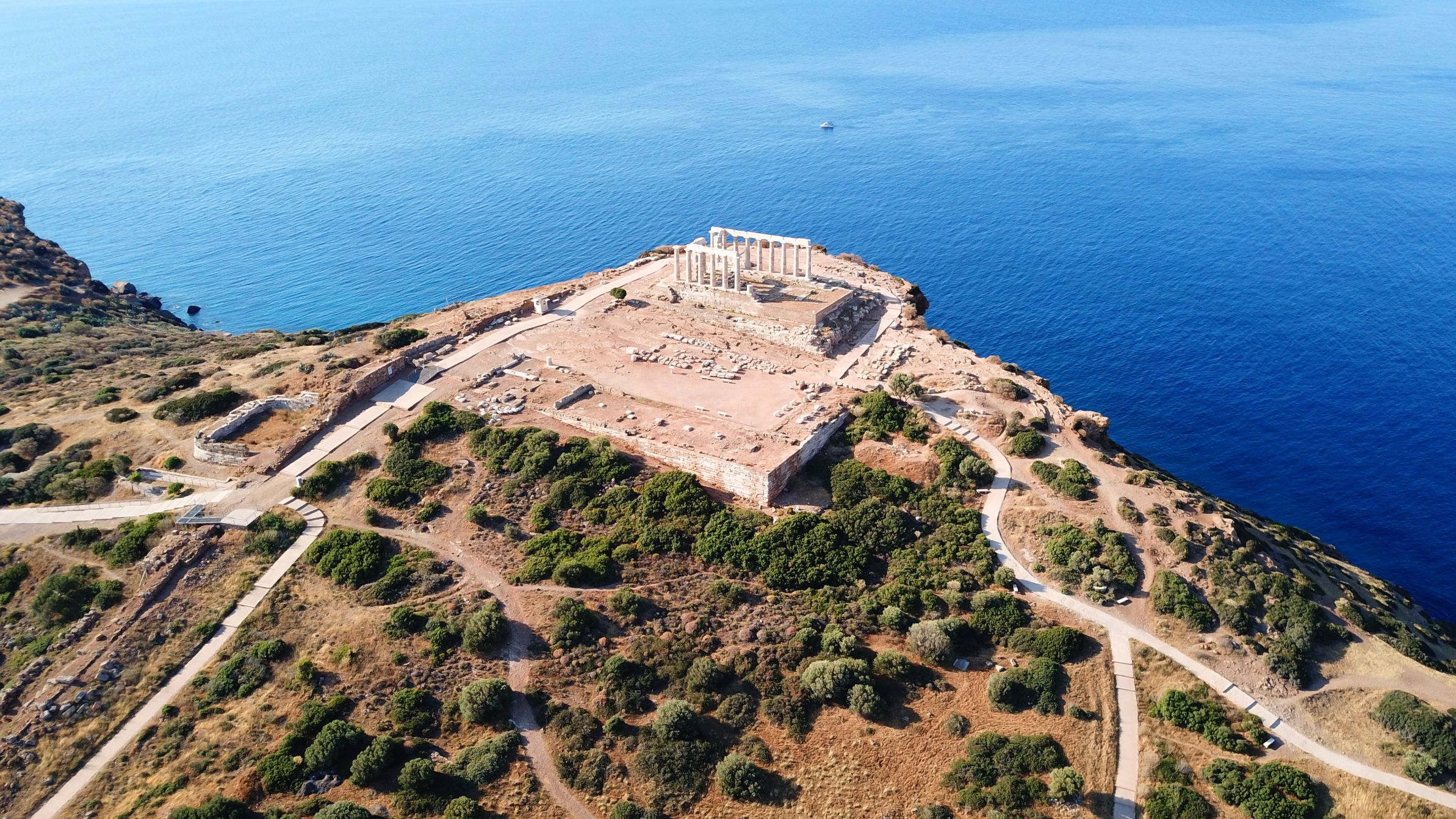 Just adjacent to the ruins is a spectacular beach, where there are luxury and family-friendly hotels. It makes for a perfect one-night trip, where you can catch the magnificent sight of the Temple of Poseidon during sunrise and sunset. 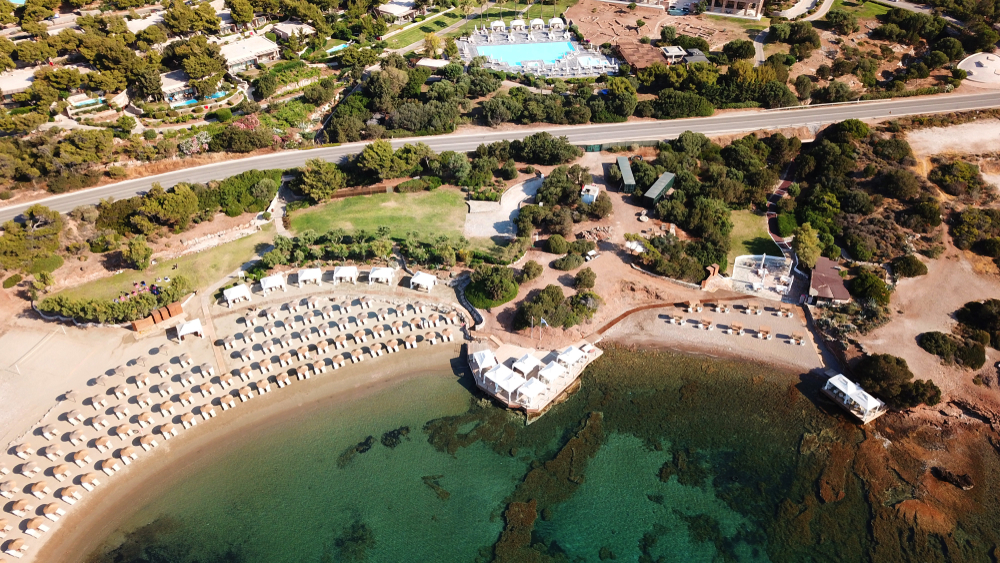 The behemothic city of Beijing is one of the oldest in the world, with its history spanning over 3000 years. Also known as Peking, the Chinese capital is home to incredibly well-preserved ancient architecture as well as futuristic modern buildings. 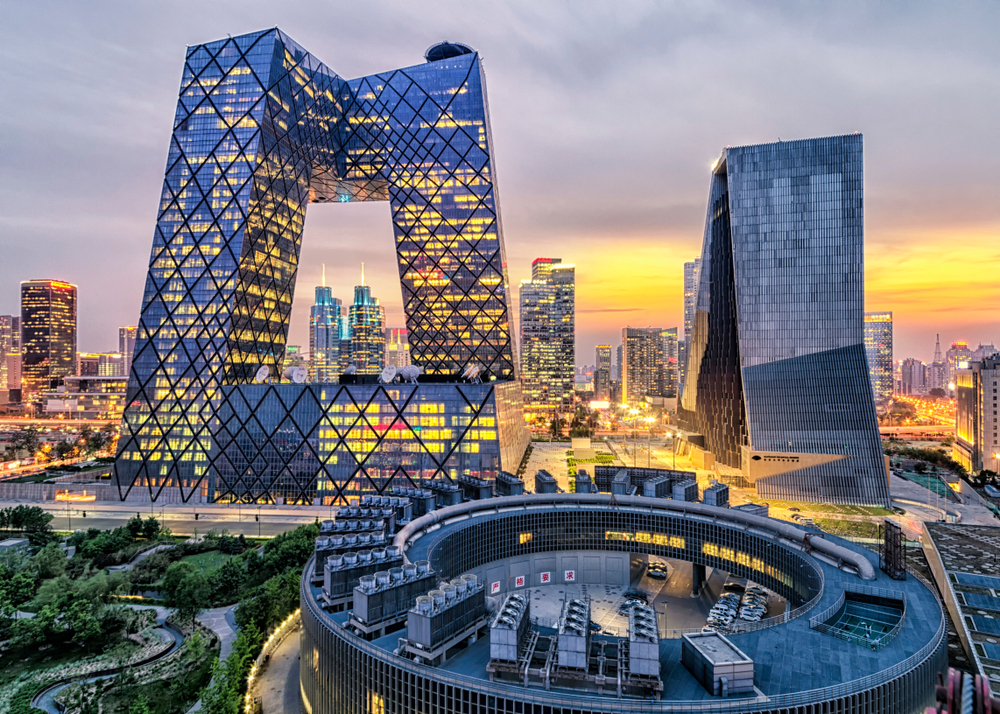 Hands down one of the bucket-list visits anywhere in the world is the sprawling Forbidden City, located within the Imperial City, which also houses dozens of other historic sites. The Forbidden City itself is a massive complex that used to be the official residence of the Emperor of China, and the incredible details and colossal scales are bound to awe. 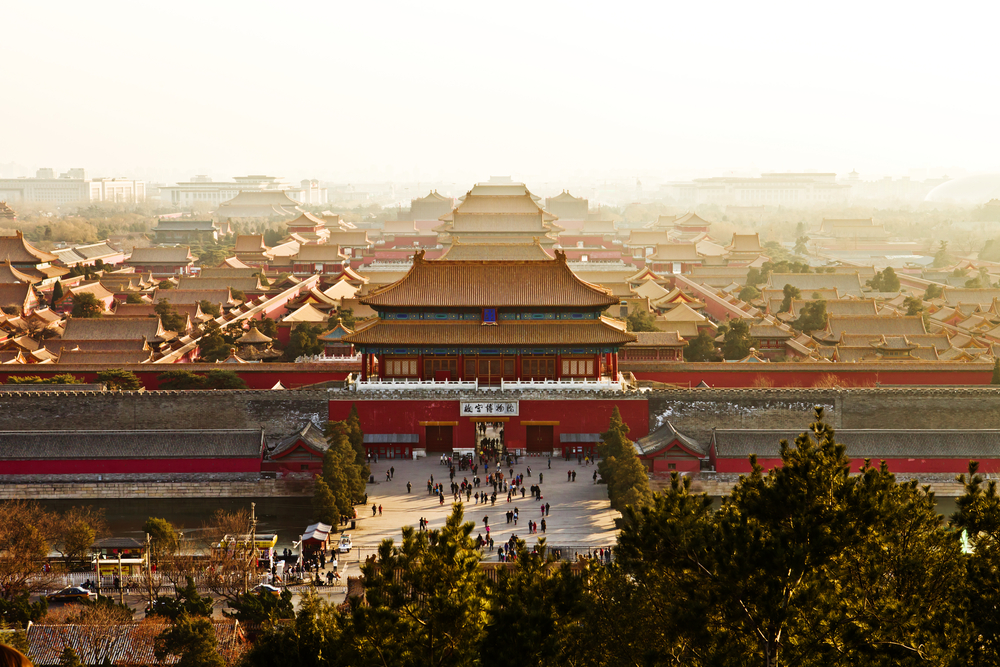 The city is also home to the third-largest museum in the world, the National Museum of China. The museum was formed as a merger of the Museum of Chinese History and Museum of Chinese Revolution. The institution houses over a million pieces of artifacts dedicated to showcasing Chinese history, arts, and culture. 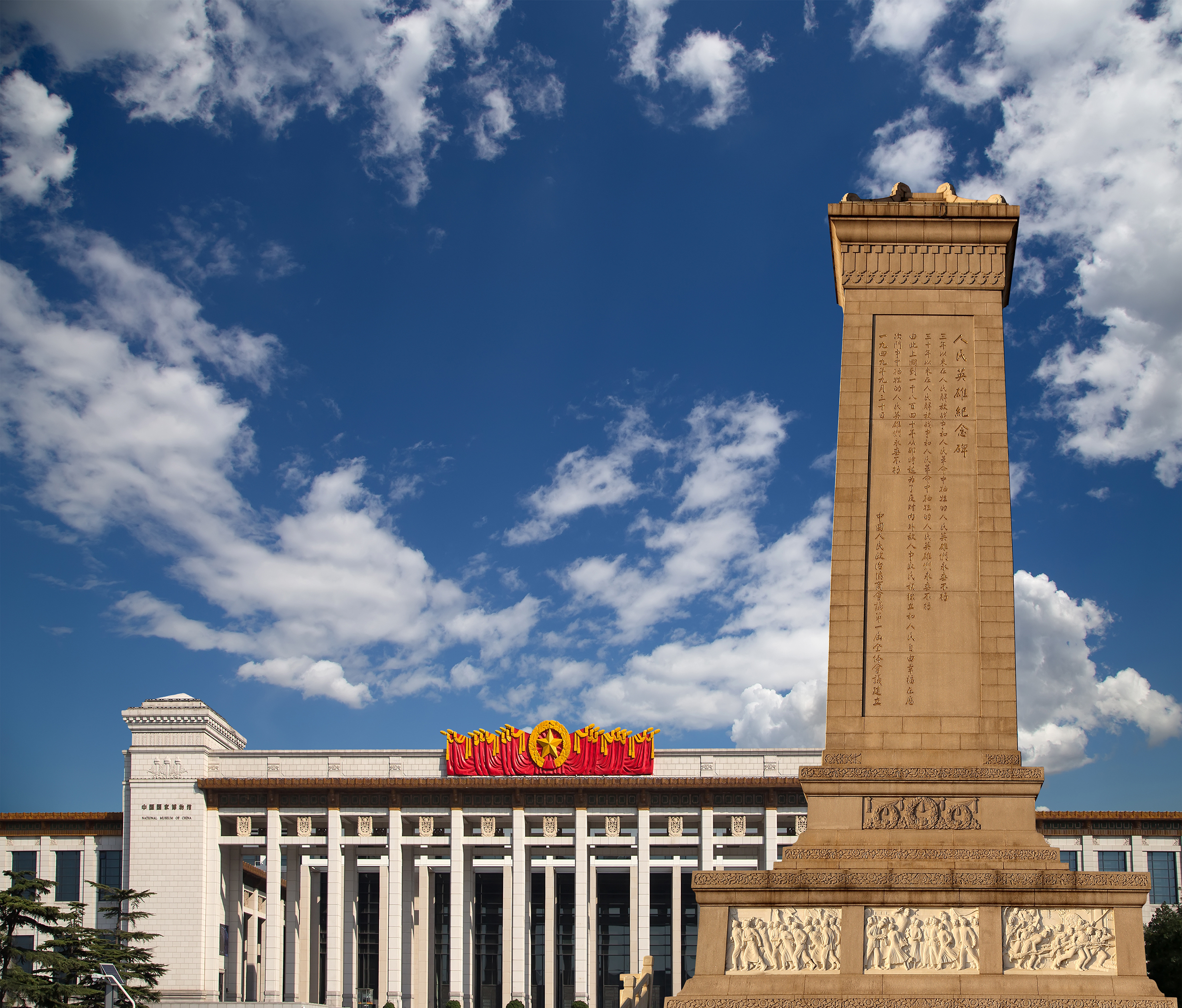 One of the most iconic dishes in Chinese cuisine is the Peking duck, and eating the dish at its birthplace would undoubted a perfect experience. Pay a visit to Bianyifang, the oldest Peking duck restaurant, which was established in 1416. Quanjude is another historic institution, dating back to 1864, and its popularity has led to its expansion that spans 4 continents and frequently caters for state banquets. With a reputation for romanticism and revolution, the city is well known for so many things. Be it gastronomy, arts, architecture, fashion, history, Paris is one of the most important and significant cities in the Western World. Perhaps the most famous painting in existence, the Mona Lisa, is found in the Louvre in Paris. The most highly valued piece of art, the Mona Lisa, draws in millions of guests every year, and there is perpetually a crowd vying to see the Leonardo da Vinci masterpiece. The museum also houses other hugely significant pieces, such as the Nike of Samothrace and the Seated Scribe.

Strolling along the streets of Paris, and along the river Seine also allows you to see some of the beautiful architecture. River cruises are especially popular as it gives you romantic views of some of the city’s best sights including the Eiffel and Notre Dame.

Vying for the title as the fashion capital with Milan and New York City, Paris easily holds its own with its history of haute couture and mega fashion houses like Louis Vuitton and Chanel. With almost every major fashion and luxury goods brand having a flagship store in Paris, you’d be spoilt for choice.

All that shopping would probably work up an appetite, but with superb bakeries and bistros all around and spectacular three Michelin-starred restaurants like the handsomely sleek Guy Savoy and the dramatically grand Alain Ducasse, you don’t have an excuse to go hungry.

A spectacular marriage of the old and the new, Casablanca is where people from all over the country flock to make their mark. As the financial, commercial, and creative hub of the country, this city is a bustling destination with a beautiful coast. 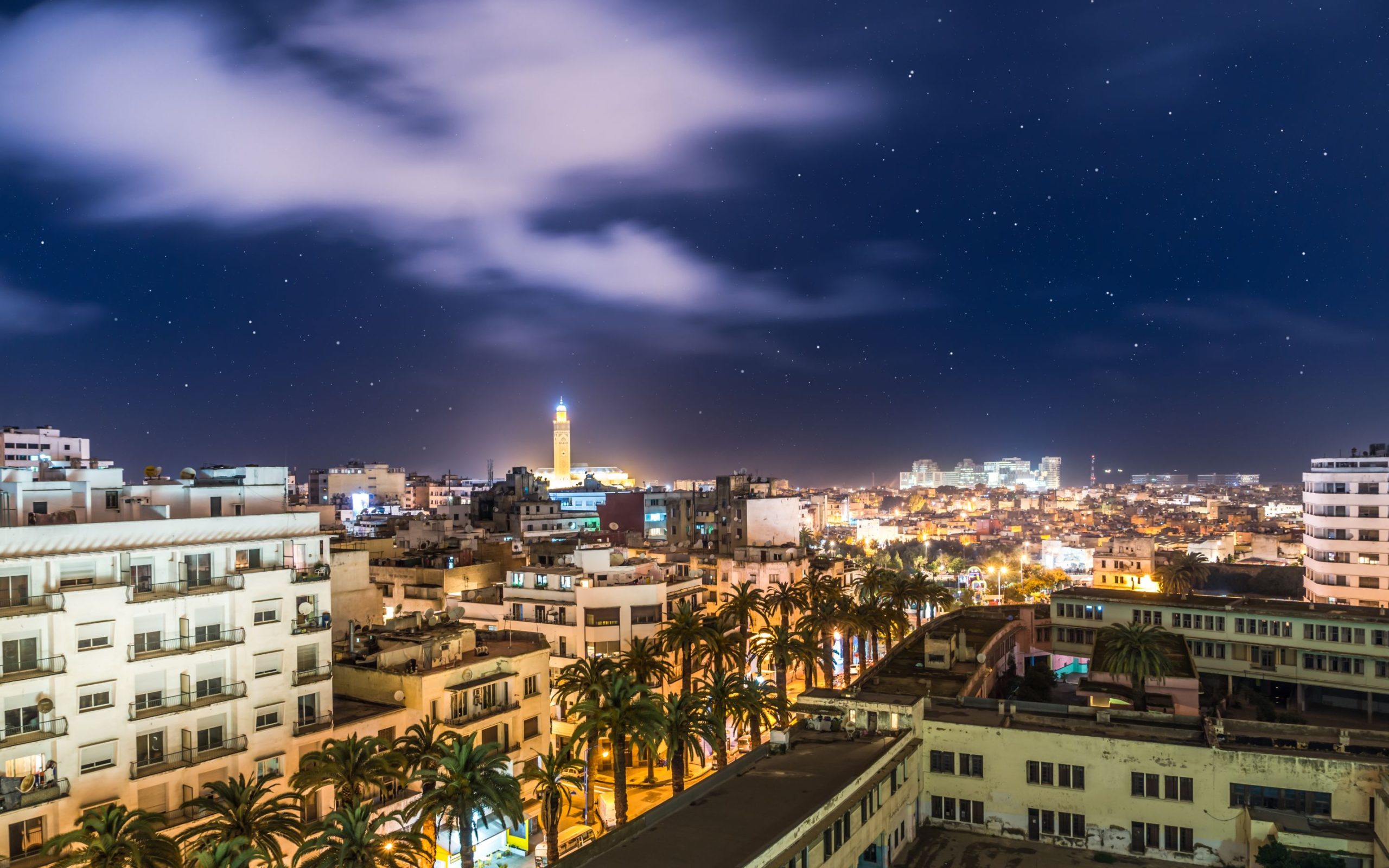 Previously occupied by different cultures throughout the ages, most notably and recently being the French, where their influence can still be noted today. Many Moroccans are able to speak French, and a fair bit of their architecture has French influences.

One of the most iconic sights and notable piece of architecture in Casablanca has to be the Hassan II Mosque, the third-largest mosque in the world and the largest on the African continent. The mosque sits on a promontory, overlooking the Atlantic Ocean, giving the elaborately ornate and opulent building one of the most dramatic views in Morocco.

A trip to Casablanca would not be complete without a visit to the Habous Quarter, a market built during its French colonization and features a uniquely blended French and Moroccan style of architecture. Also known as the New Medina, the market is a great place to pick up local goods and treats. 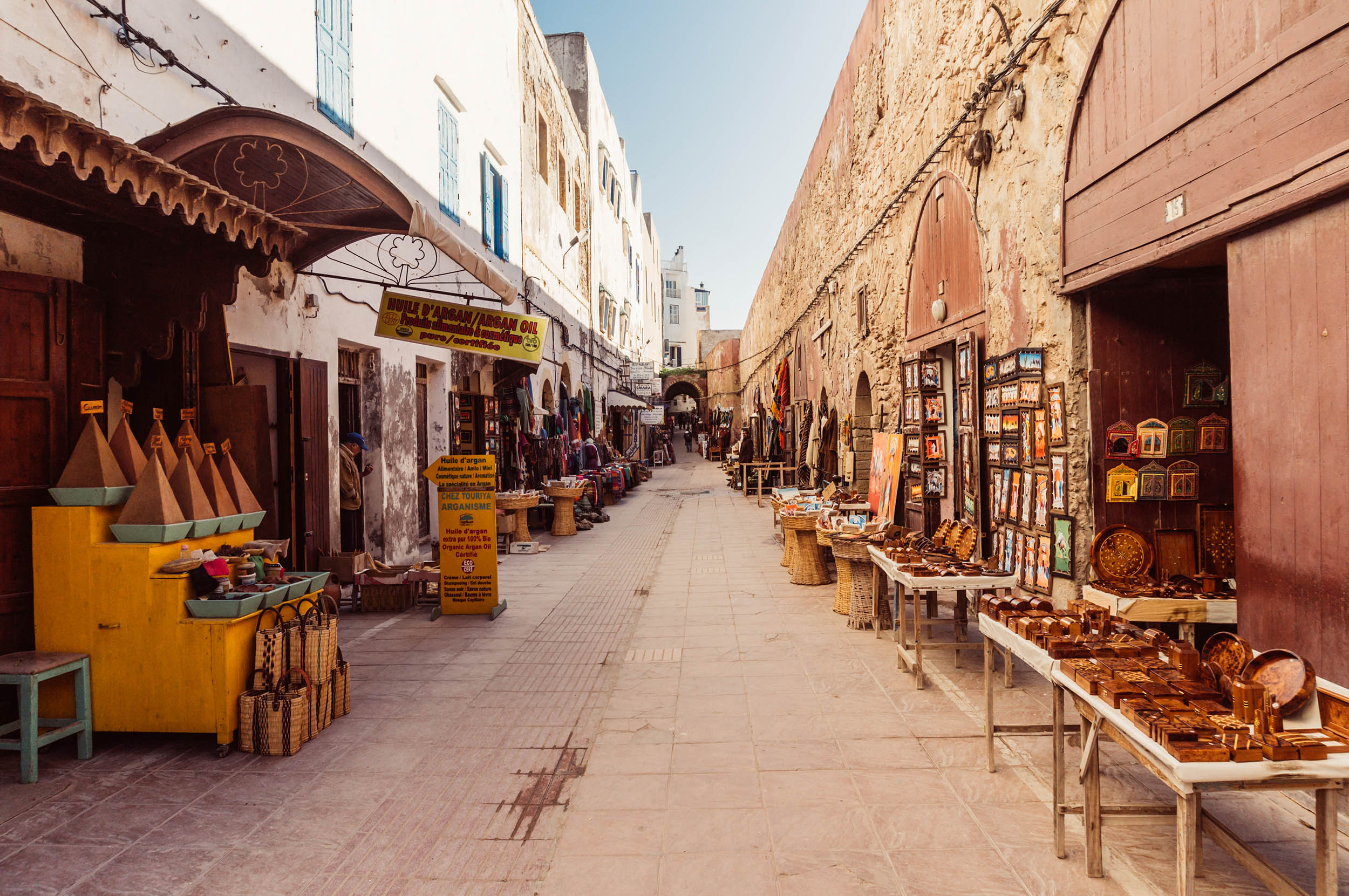 * Prices are accurate as of time of writing