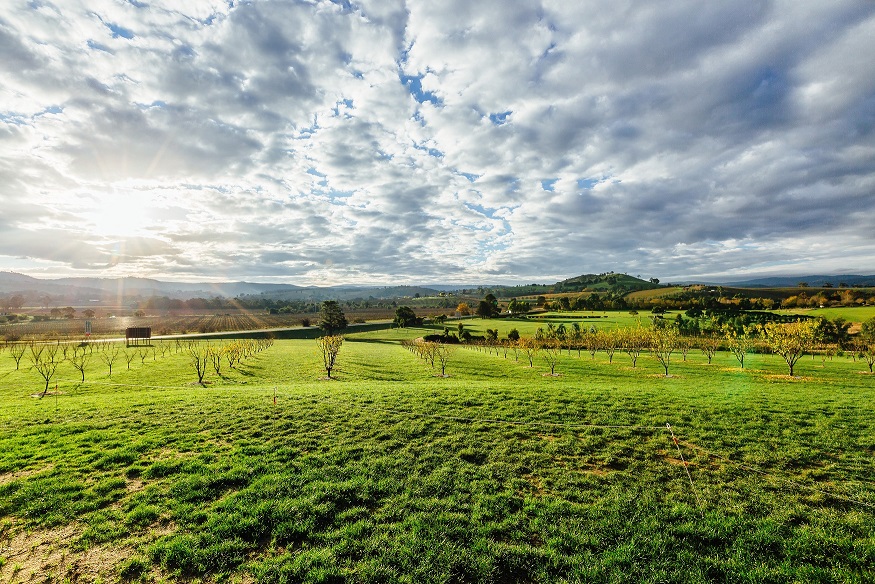 Beyond Melbourne – Fork in the Road

Mention Melbourne to a traveller and the reaction is an instant smile; For not only is the city a prefix for a chilled-out, joyful vibe, it’s also captured the imagination as a place of design, fashion and individuality. You’ll know it as the city where the sound of the tram bell is as familiar as the sound of a coffee machine.  Where a graffiti-lane is as common as a temple to fine-art. But while there’s the possibility of being seduced to spend your entire vacation here in pursuit of entertainment, fine-food and fashion, drive just a little way out of the city and you’ll be in for some unexpected treats.

Get Acquainted with the Yarra Valley

An hour from Melbourne’s CBD, the transformation of the landscape – from slick streets to vines and mountain ash forests, is poetic. Domaine Chandon, the Australian winery of French Champagne’s giant – Moet & Chandon, is a popular halt. Even if you’re not an addict of sparkling wine, the homage is worth it, for the Green Point Brasserie does fresh, seasonal fare to go with the wines and views.

When you’re hopping from one cellar door to the next (Yering Station and De Bortoli notable mentions) you spend time not just discussing the structure and balance of each vintage that you sample, but there’s almost always more on offer. The TarraWarra estate, for instance, has just a few pixie steps away, the TarraWarra Museum of Art. Once you’re done with the wine tasting, you’re exploring a fine Art Collection, in one of the first privately funded, public Visual Arts museums around.

If you sign up for a hot-air balloon flight here, you’re in for sweet reward. The views from the balloon, over the vines and rolling hills – are picture-postcards. The koalas, kangaroos and Tasmanian devils that punctate the scape beneath, add to the superlatives. 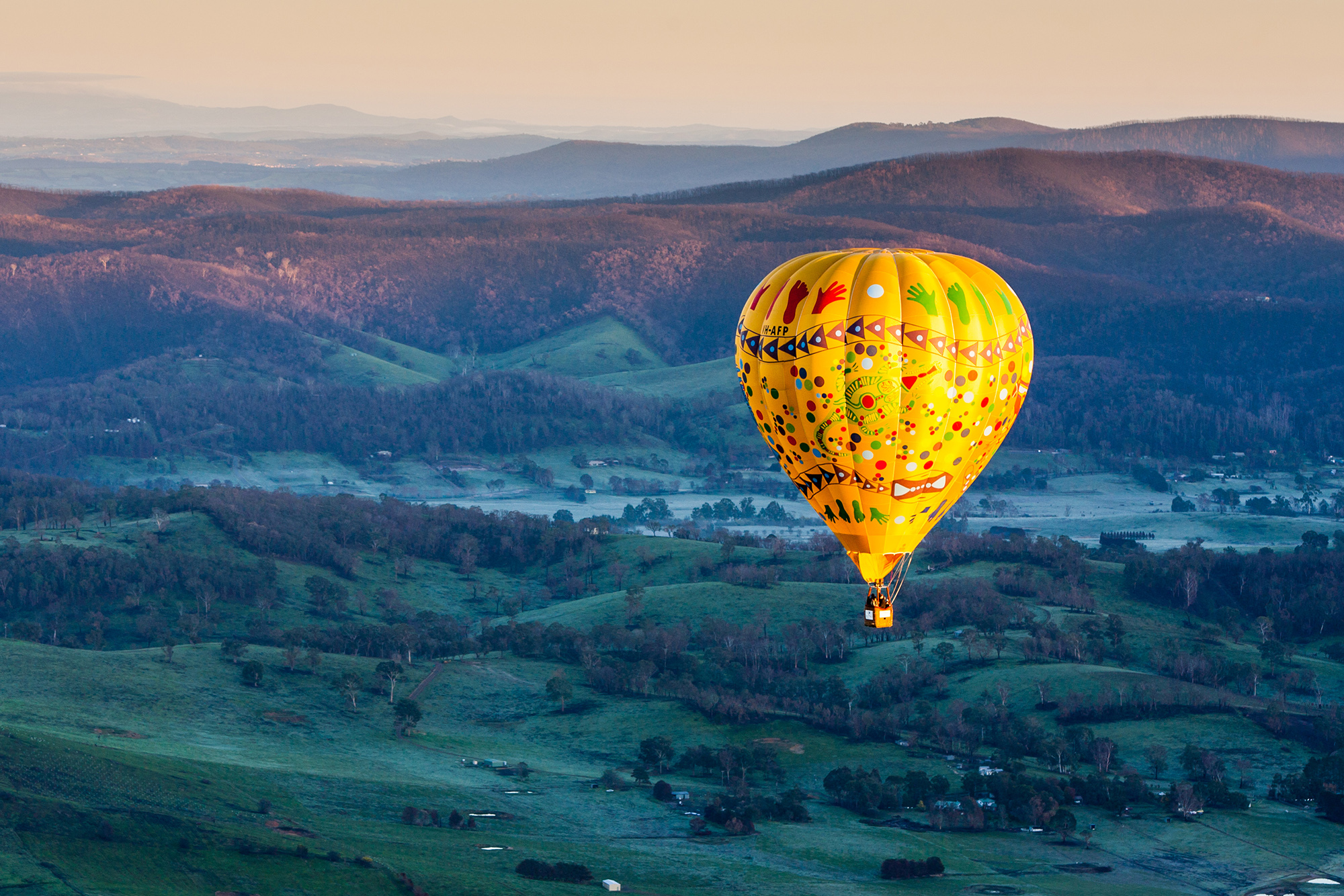 If museums were classified, Sovereign Hill would fall into the category of “dynamic.” Set in what used to be a gold-picking area, this open-air community museum is deeply entrenched in gold-rush history. Be it interacting with the dressed-up actors, panning for gold in the Red Hill Gully Creek – which is peppered with fine alluvial gold, or taking a horse drawn carriage around town, the Sovereign Hill experience sweeps you in.

If you’ve got a penchant for intrigue and want to learn more about the Eureka Rebellion, book yourself into this nightly sound-and-light production. With all the trappings of a good potboiler – unfair gold taxes, the battle between gold miners and the government, uprising against misrule and corruption on the goldfields – this re-enactment of the bitter end of the gold mining town will have you gripped. 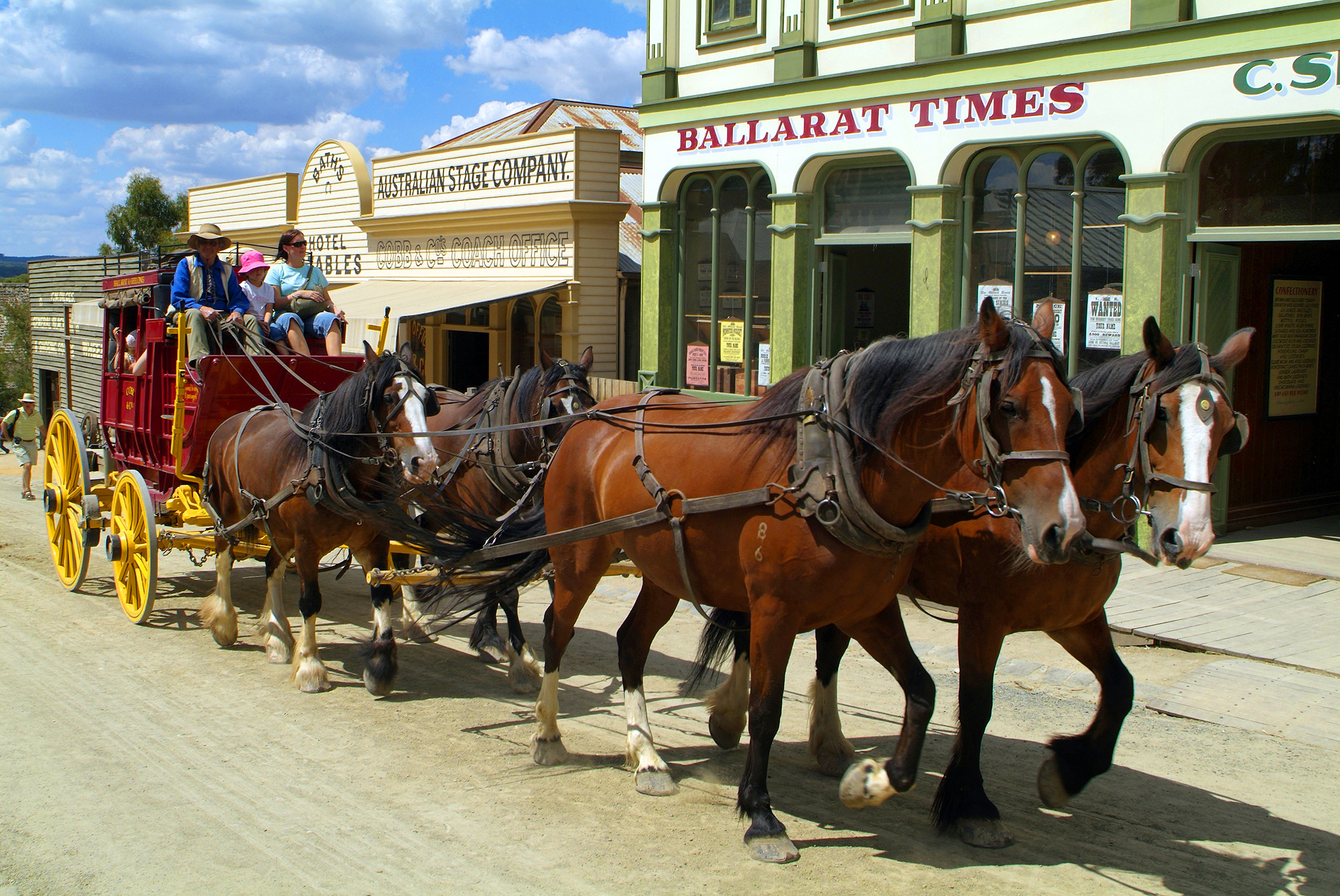 A one-and-a-half-hour drive from Melbourne, every verb you use to describe your experience on this Island, with its varied wildlife and outdoorsy lifestyle, falls under variations of the verb “to fascinate.” If you’ve ever wanted to have a close encounter with penguins, get week-kneed over colonies of fur-seals, and observe animals frolicking in their natural habitat without being caged or contained – this is the place. That it also brims with other engagements for the entire family, adds rapture to your rupee.

Clamber aboard a Wildlife Coast Cruise heading out to a large fur-seal colony, not far off the rugged coastline.  There are many things to appreciate on this journey – a group of rocks called the Nobbies, which were created by volcanic outpourings some 65 million years ago. The crashing surf along the coast. And finally the rocky outcrop of Seal Rocks. 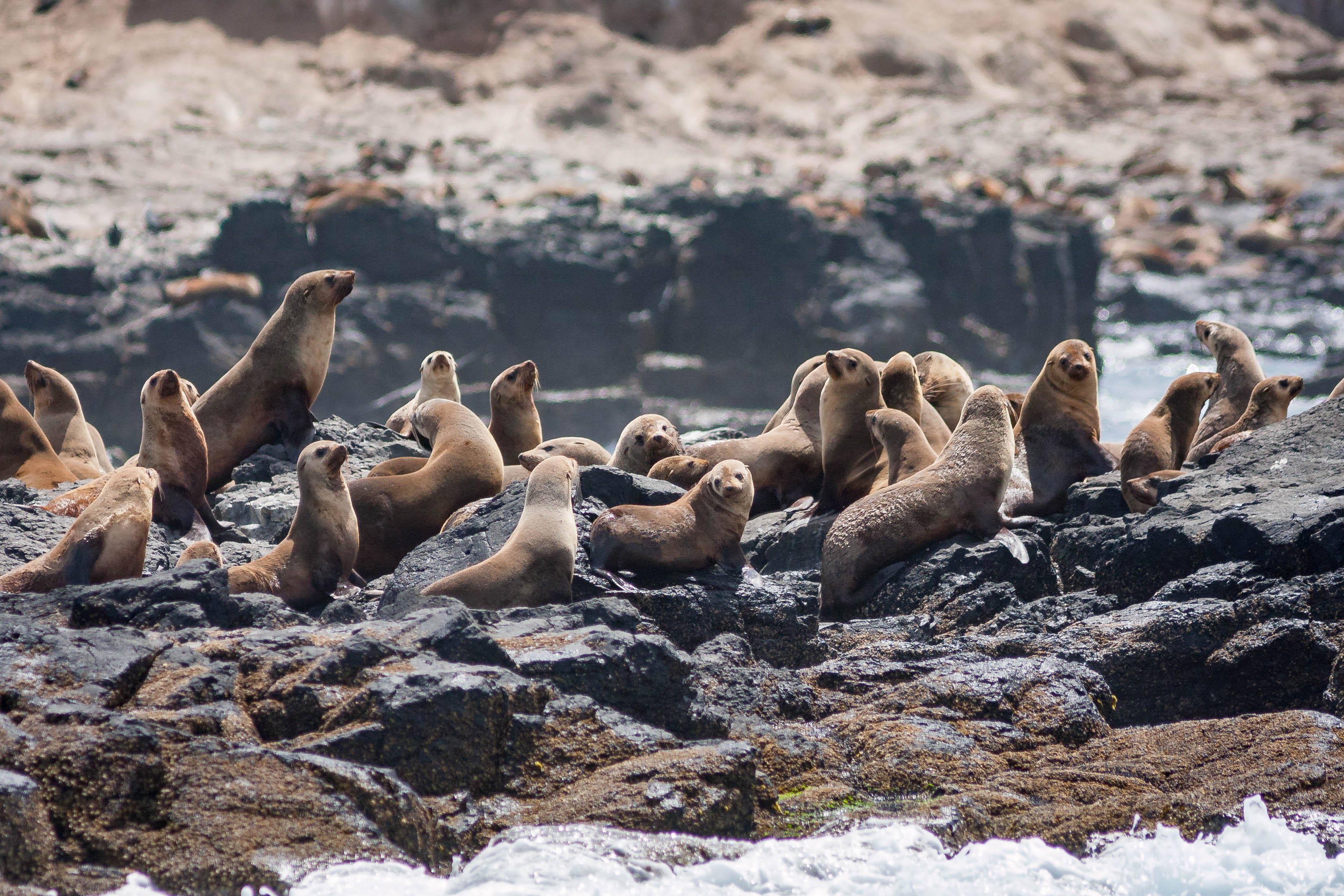 The Summerland beach each dusk, feels like a magic land in a fairytale. Hoards of wee fairy penguins waddle up the beach, coming ashore from their day’s fishing expedition, some heading straight for their sand dune burrows, on a nightly crossing that’s been happening for decades. Whichever way you choose to see them – from the viewing stands, or boardwalk, you’re not likely to leave unmoved.

Man doesn’t live by nature alone, and when you’re hungry for a Willy Wonka-ish experience, especially if you have kids in tow, pop into the Chocolate Factory. Your entry ticket is made of chocolate, so you can nibble on this, if you can’t wait until you get to the café at the end. That Panny himself is of Indian / Malaysian heritage and that the café serves curries, along with its litany of chocolates – is another draw for some.

Illusions, puzzles, mazes and mini-golf – constitute this other wonderland. If you’ve always wanted to see yourself shrunk, test your motor skills, perception and memory, or see conventional ideas of the world turned on their head like – objects defying gravity, do visit.