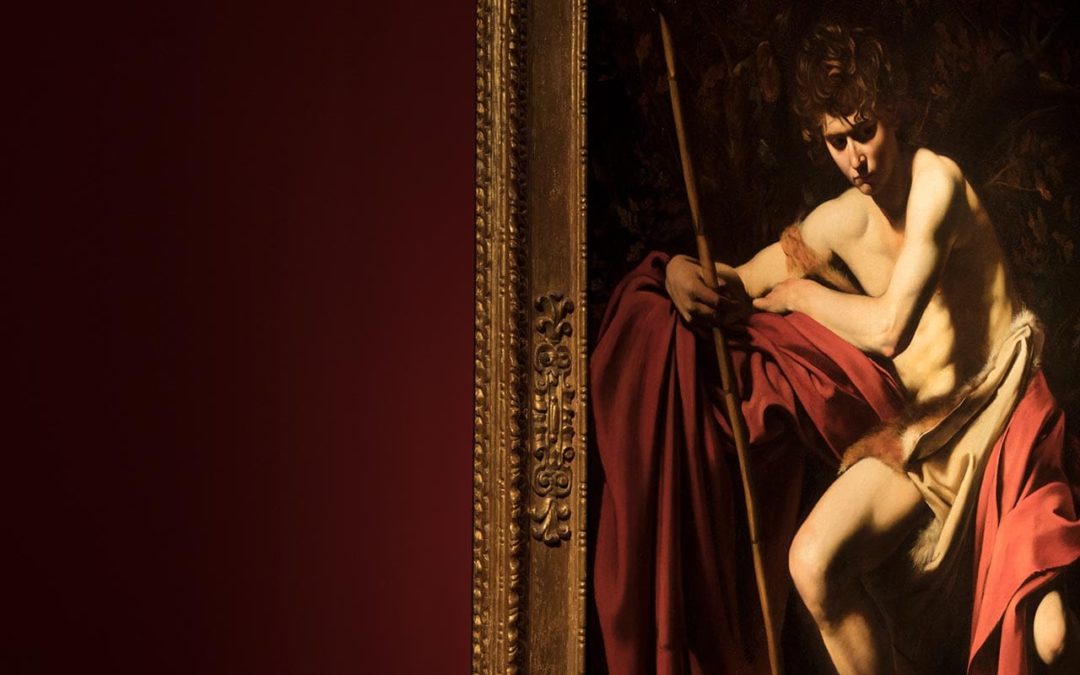 Spending an Afternoon with the Master: Caravaggio Exhibit Inside Milan’s Palazzo Reale

As is so often the case, it is the unexpected treats that are the nicest. This is exactly what happened the first time I went to Milan. Living in Italy at the time, I went up to Milan to see some friends, only to discover while on the train that there was an exhibition at the Palazzo Reale, right next to the Cathedral. 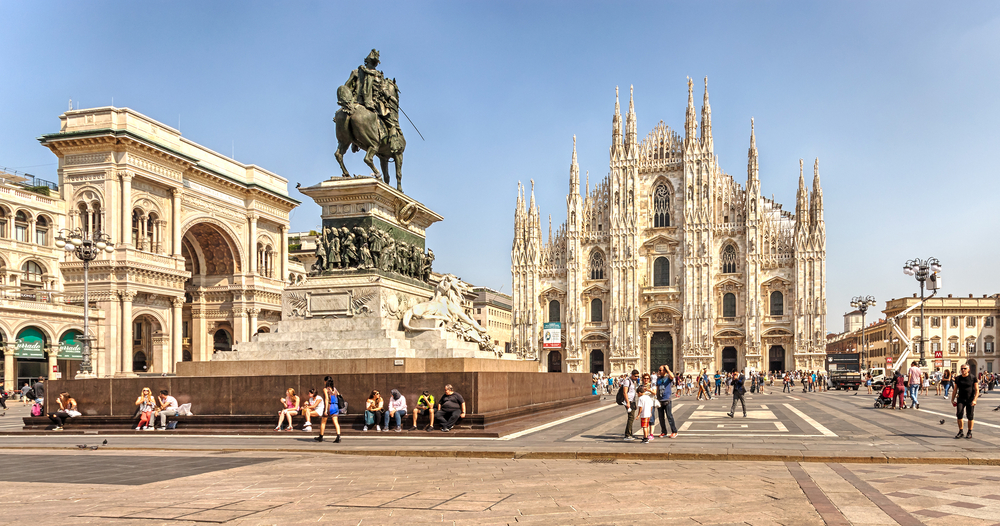 And this was not just any exhibition, but an exhibit of the works of one of Italy’s most famous painters, and a personal favourite of mine: Caravaggio.

The icing on the cake was that the Palazzo Reale is situated right next to Milan’s famous cathedral: A gothic masterpiece that took hundreds of years to build and is the largest in Italy (since, technically, St. Peter’s Basilica is in the Vatican). 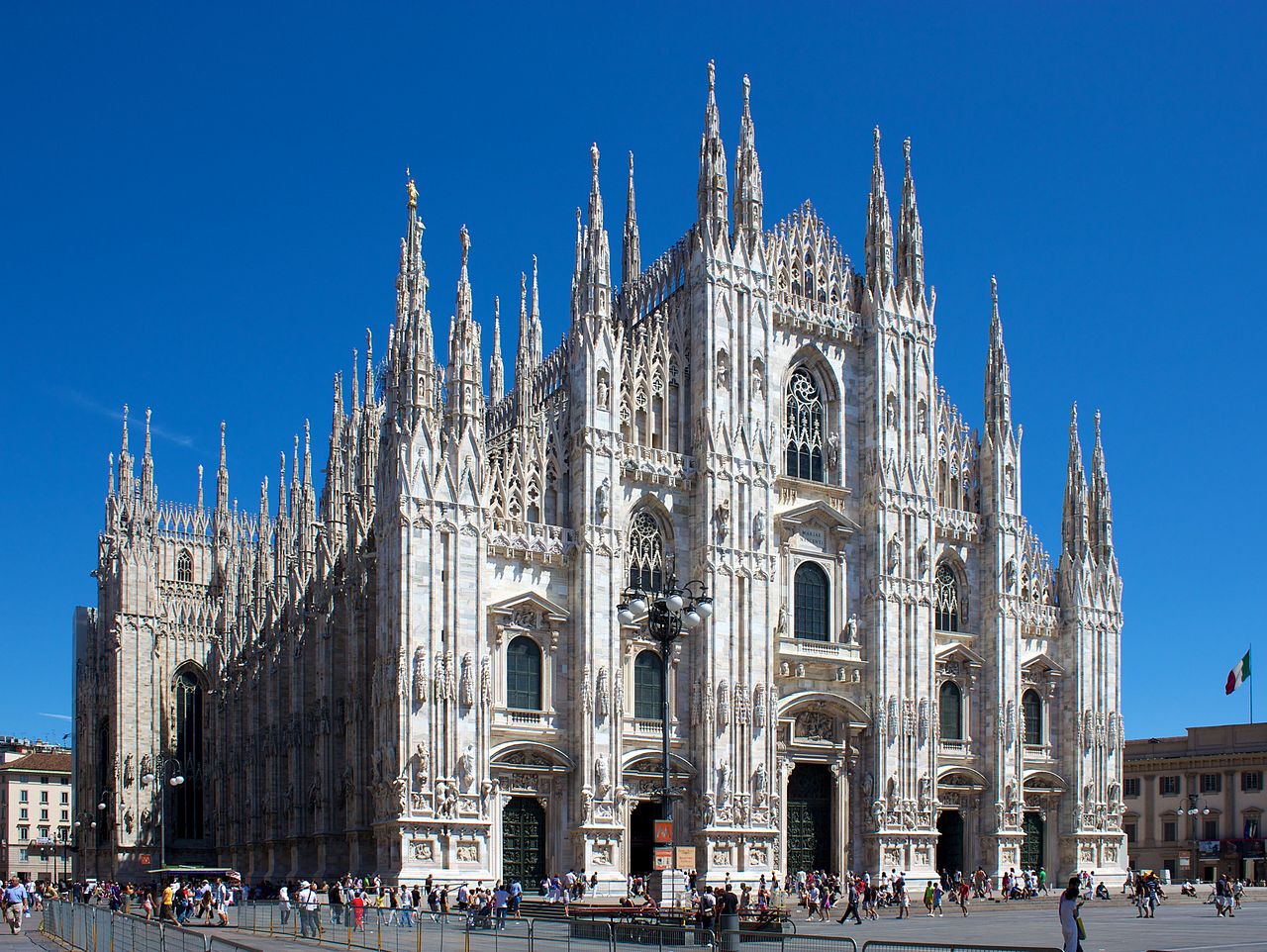 No trip to Milan, other than a shopping trip, is complete without a visit to the Cathedral, and now I had the tantalising option of also seeing with my own eyes the masterpieces of Caravaggio. “Unwilling and uninterested friends be damned”, I thought to myself, and I insisted on going.

The Cathedral itself is a stunning sight to behold. In true Italian fashion, even the parts of the Cathedral that were undergoing renovation were covered with drapes that were painted (or printed) to look like the finished façade. The only slightly gauche aspect of it was the large Versace poster that also covered one part of the renovations at the time; again, in true Italian fashion (pun somewhat intended).

Having soaked in the Cathedral in all its majesty, my itchy feet started telling me it was time to make the short walk over to the Palazzo Reale just nearby. 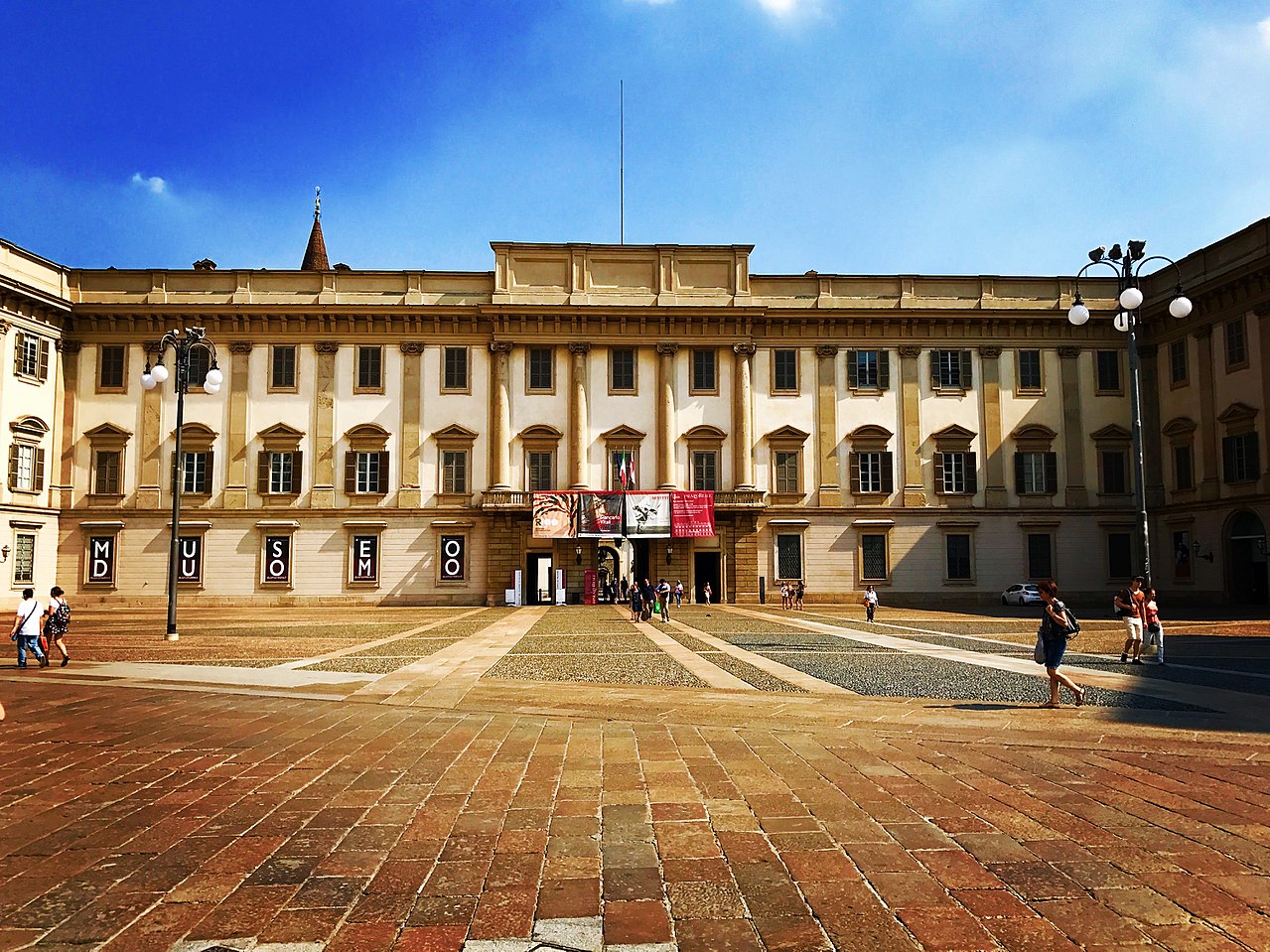 The queue was mercifully short, and soon enough we were past security and going up the winding stairs and through the corridors of the Palazzo. 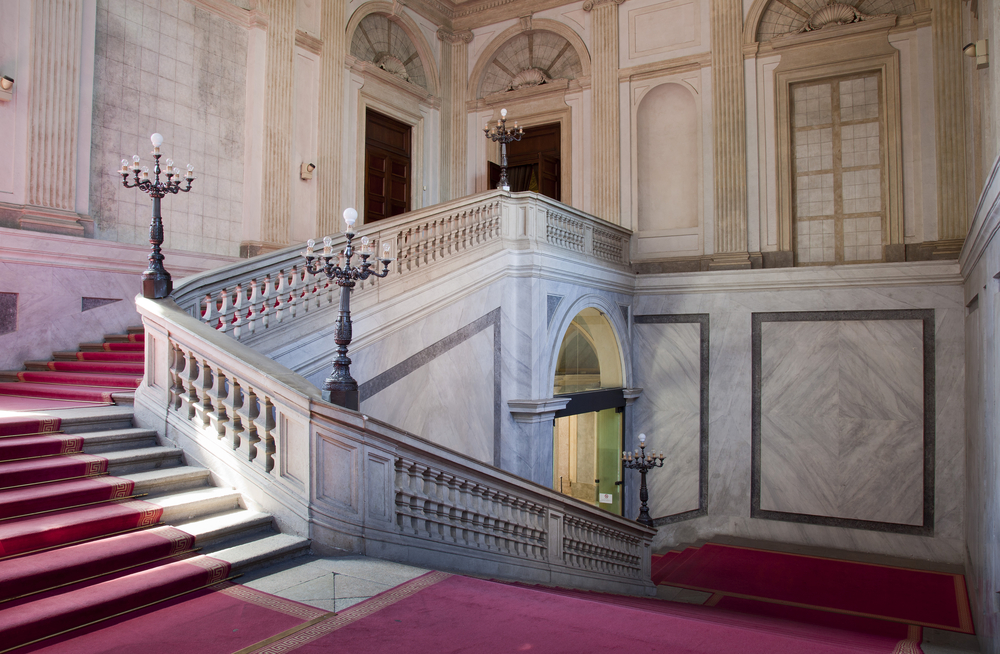 Inside the Palazzo Reale

The organisation and presentation of the exhibit was, for me, perfect. Each captivating painting was given its own place, well spread out, and the lighting warmly highlighted the paintings without being too dark. 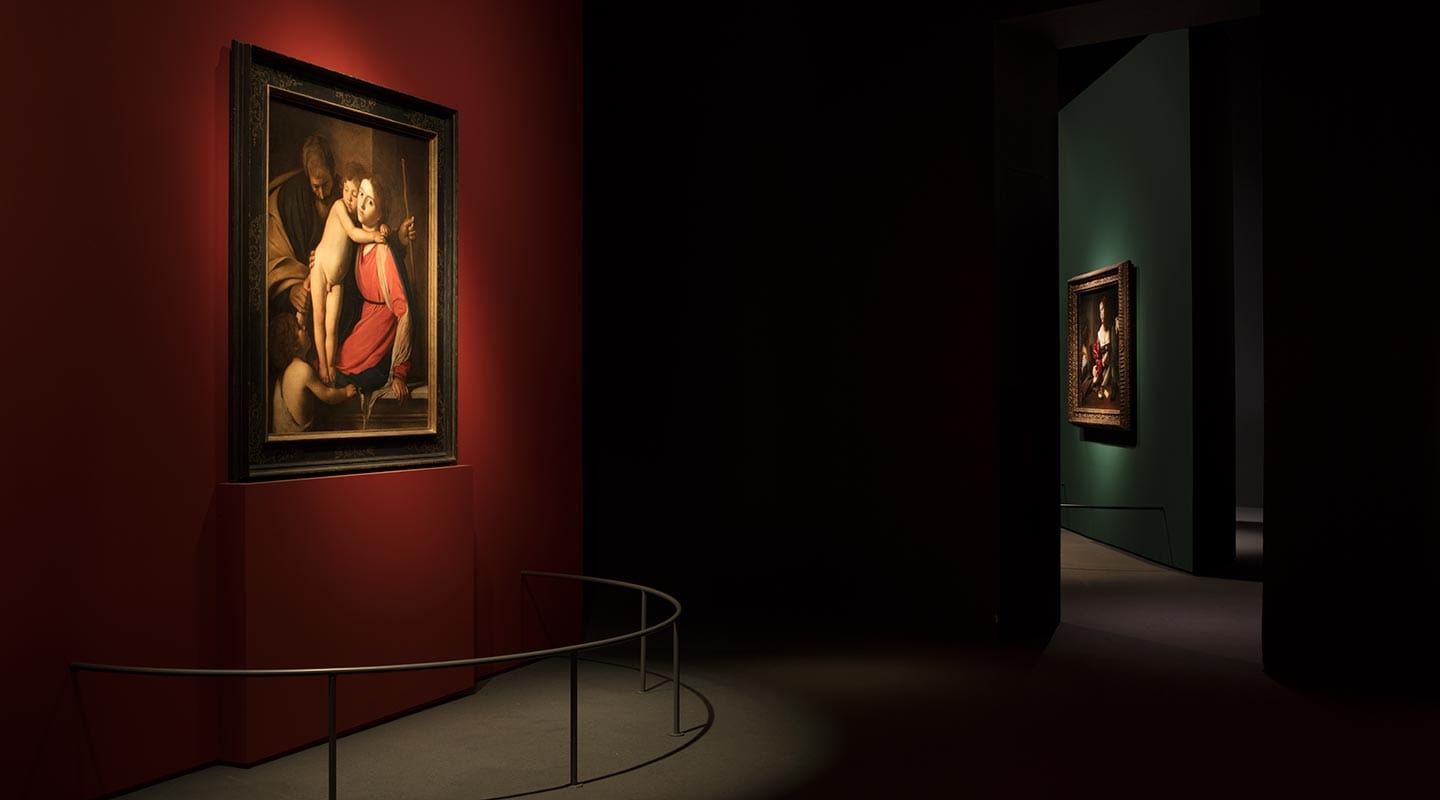 Before walking into the exhibit proper, we were each given a small device that explained the history and process of each painting when you typed in the number and held it to your ear. 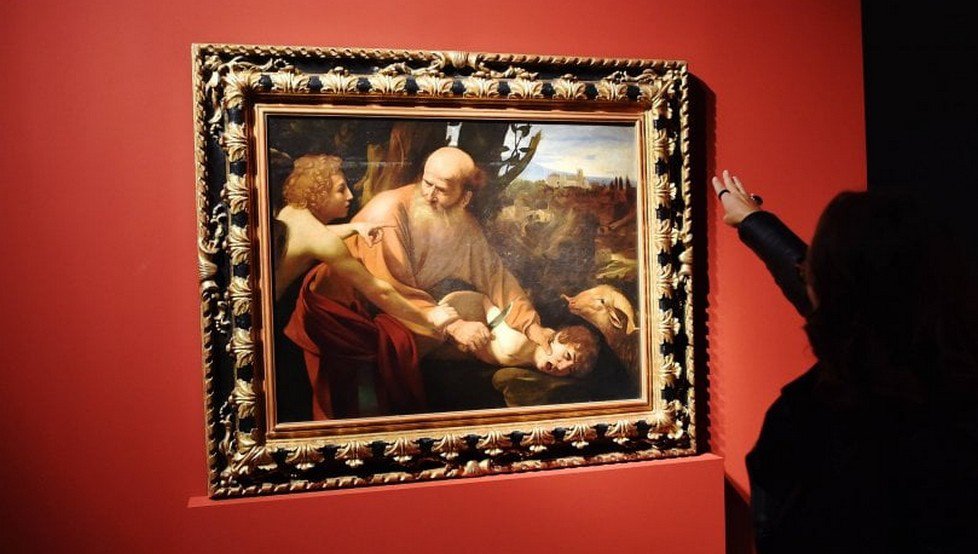 The Sacrifice of Isaac © Milano Repubblica

Were it not for a pair of irate friends who were eager to be gone, I could have happily stayed until I was forcibly ejected by security. 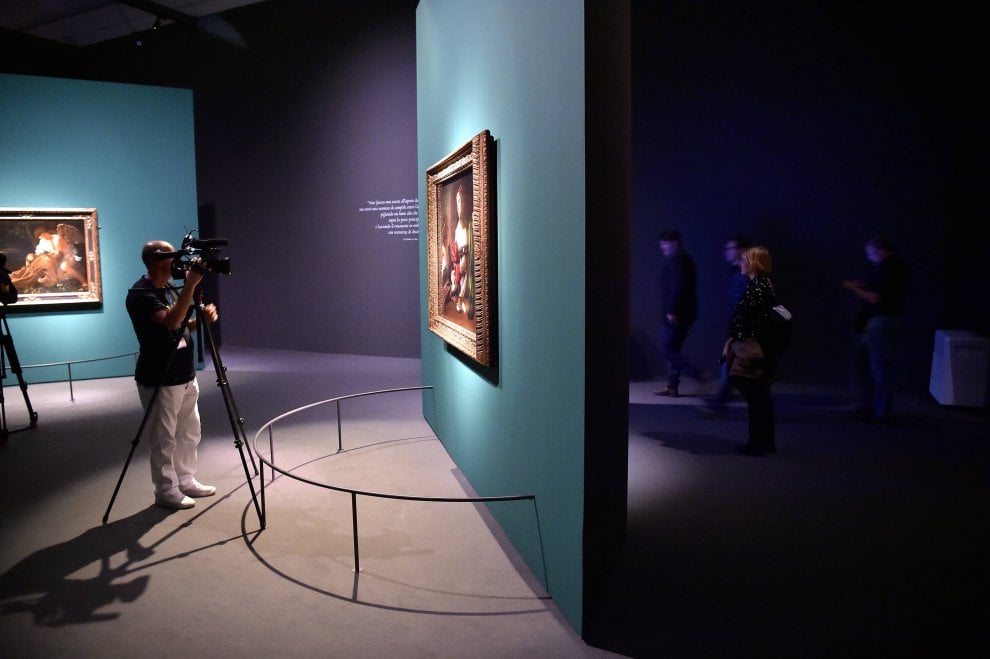 Whether it was the serene beauty of Caravaggio’s John the Baptist, the emotional and dramatic scene of The Sacrifice of Isaac, or the sheer raw and enduring intensity of Judith Beheading Holofernes; to attempt to describe the experience and art as merely “captivating” or “entrancing” is to not do it justice by a country mile. 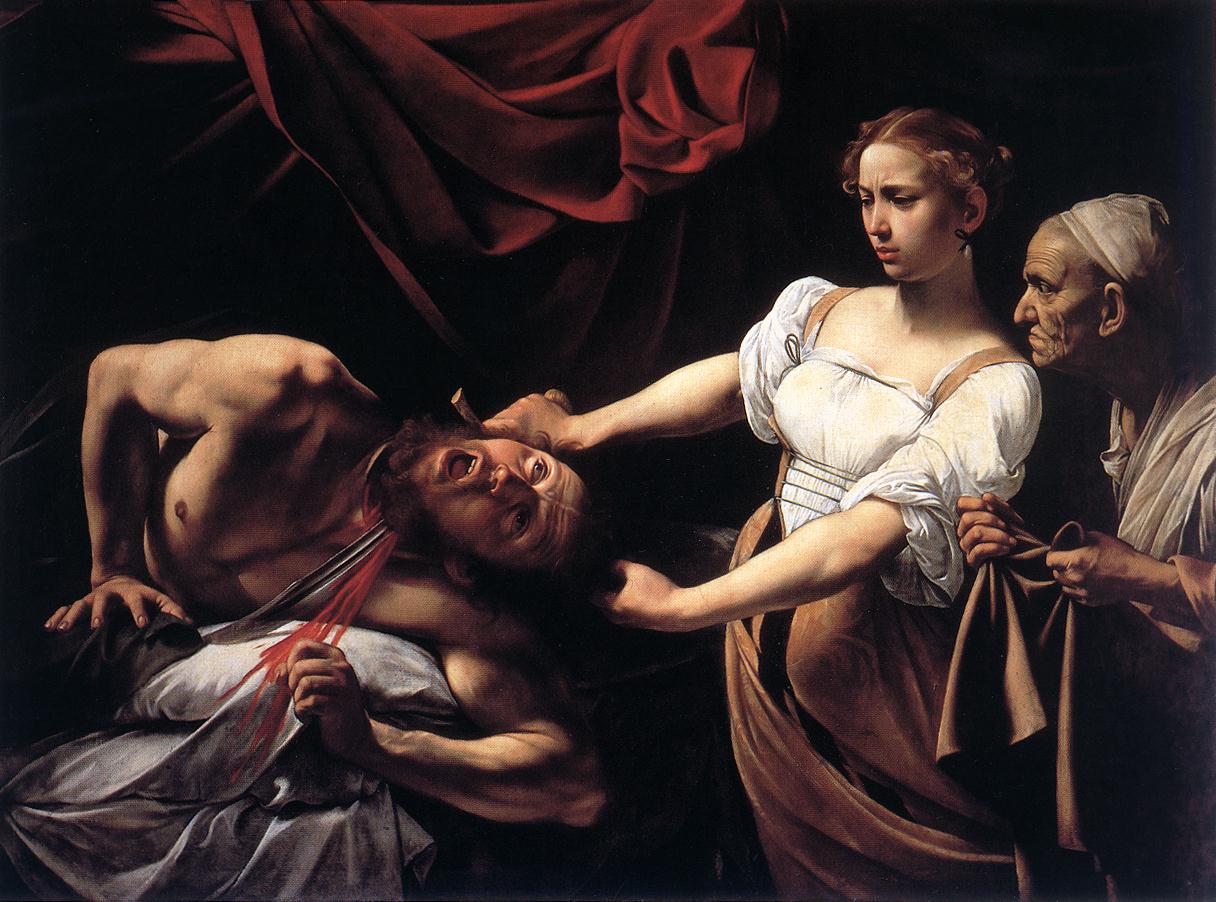 To have had the privilege to see such legendary works of Italian art and then attempt to describe in words the experience itself really bring home the meaning behind the age-old phrase, “a picture is worth a thousand words.”