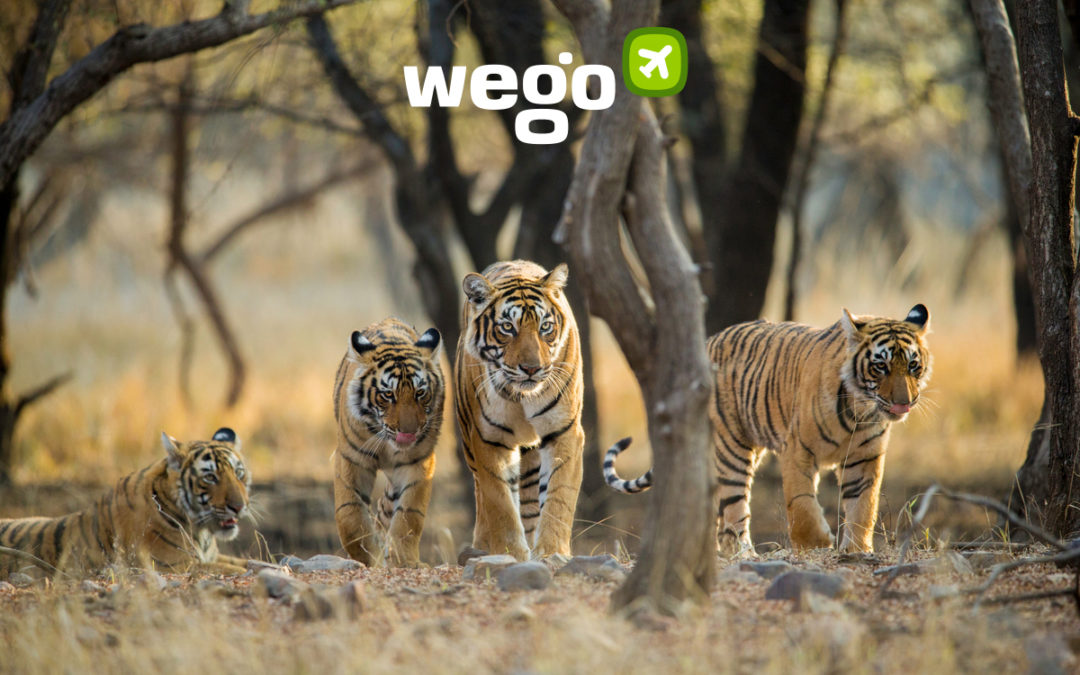 The big wild cats are dangerous yet magnificent animals. As a top predator, they are an important part of the ecosystem. One amazing fact about Tiger is that this charismatic beast is not only the national animal of India, but also of Bangladesh, Malaysia, and South Korea. 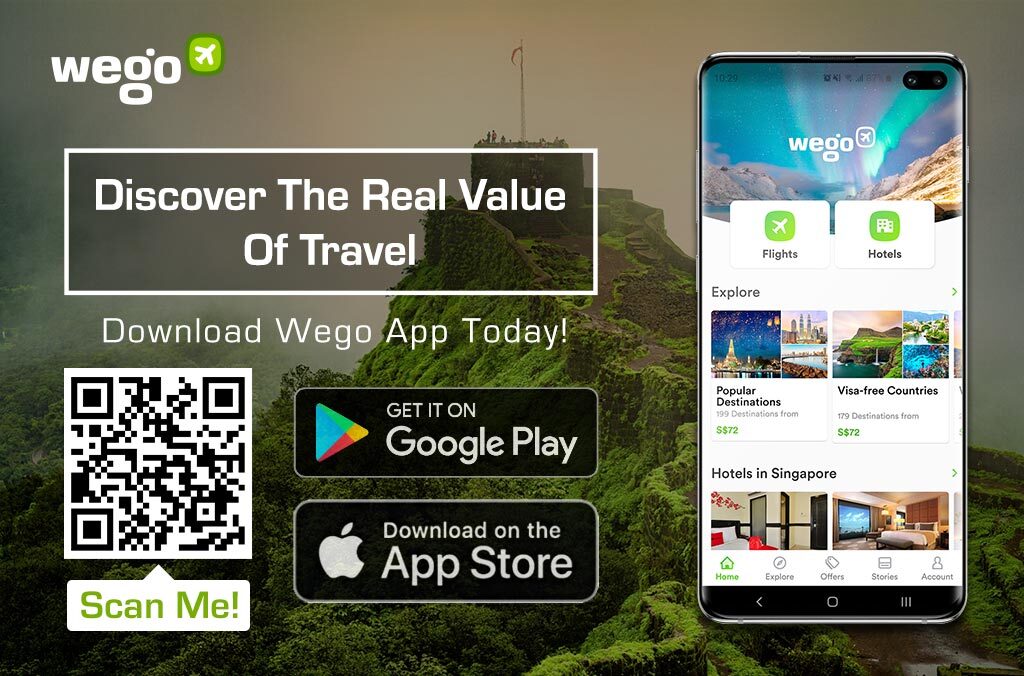 However, this animal has been marked endangered due to habitat destruction and mainly poaching. Tiger Conservative Units (TCUs) were developed in 1990 as a new approach to conserving their habitats. In 2016 at the Third Asia Ministerial Conference on Tiger Conversation, it was declared that the world count of tigers has slightly risen. The Wildlife Institute of India (WII) along with the Indian Government’s National Tiger Conservation Authority (NTCA) works towards the betterment of several tiger reserves in the nation, in the hope of saving this animal from extinction. 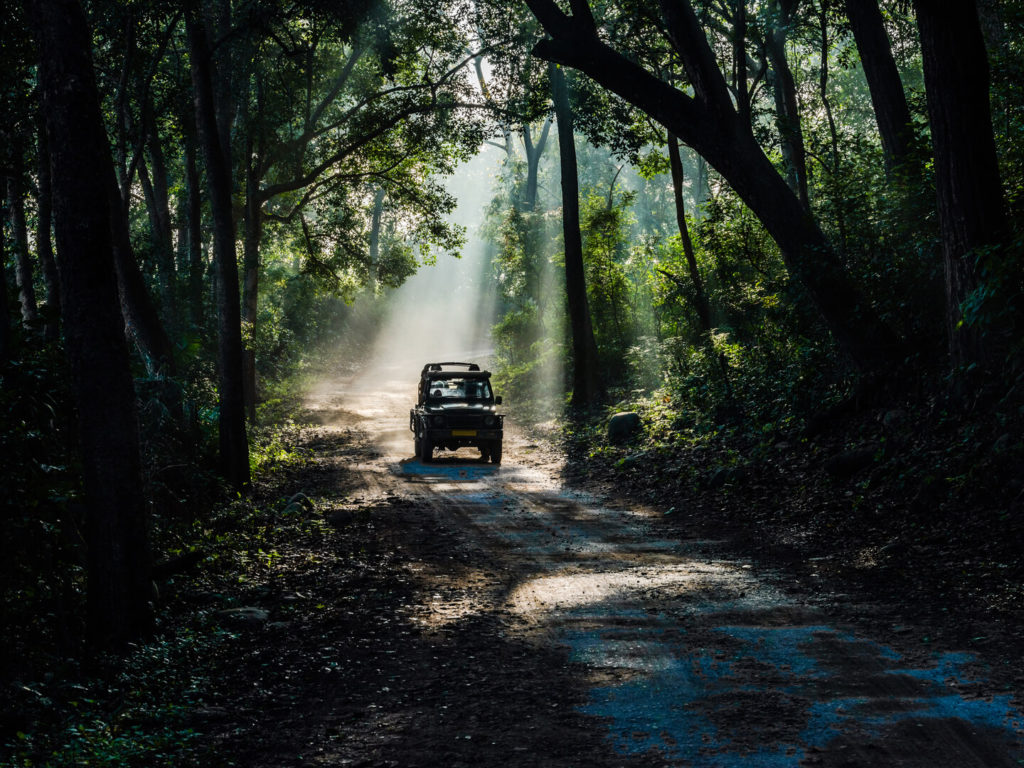 Jim Corbett tiger reserve is one of India’s oldest national parks and the first to work with the Project Tiger initiative. This wildlife sanctuary is situated in the Nainital district of Uttarakhand and is famous for its healthy number of Bengal tigers. The National Park is also home for other animals like leopards, wild elephants, serpent eagles Himalayan black bears, and various species of birds. This place was once the private hunting forest for the Maharaja of Mysore, but Bandipur tiger reserve adopted the Project Tiger as early as 1974 and it’s now a part of the Nilgiri Biosphere Reserve. Along with tigers, the national park also fosters other wild animals like Indian elephants, spotted deers, bison, and antelopes. 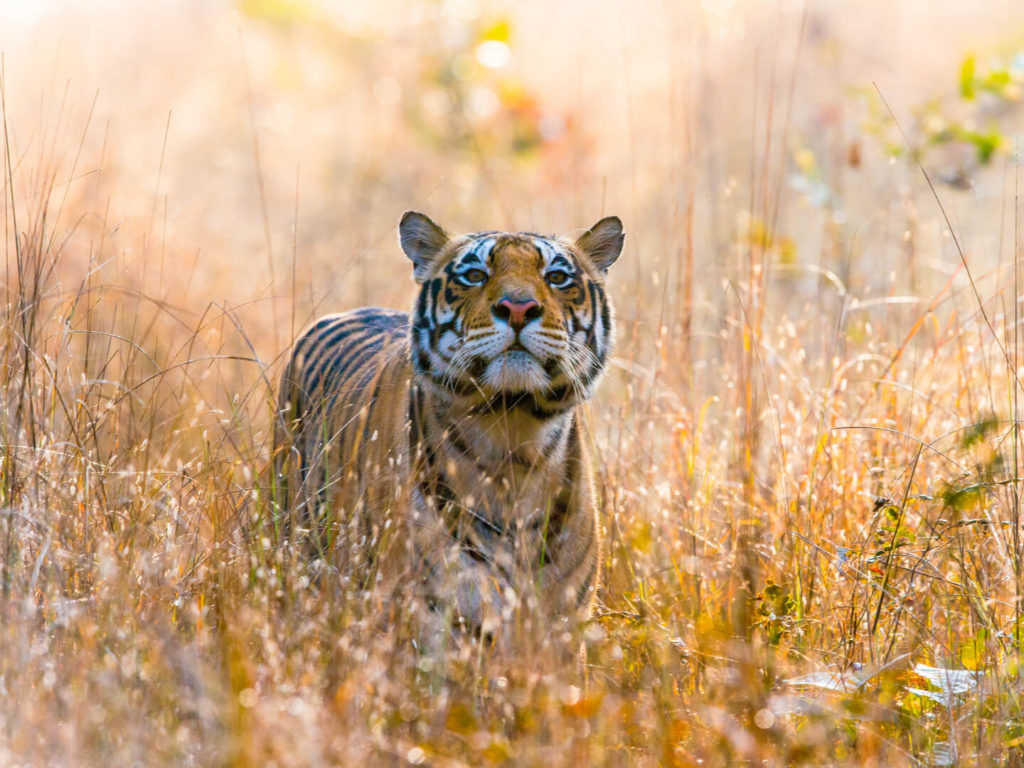 The Kanha National Park is one of the most famous tiger reserves of India, located in the Balaghat district of Madhya Pradesh. The national park is a vast stretch of grassland, forest, and meadows with the elevated plateau of Bamni Dadar. Wild animals like jackals, tigers, wild pigs, and others are generally spotted near the Sondar Tank and Babathenga Tank. 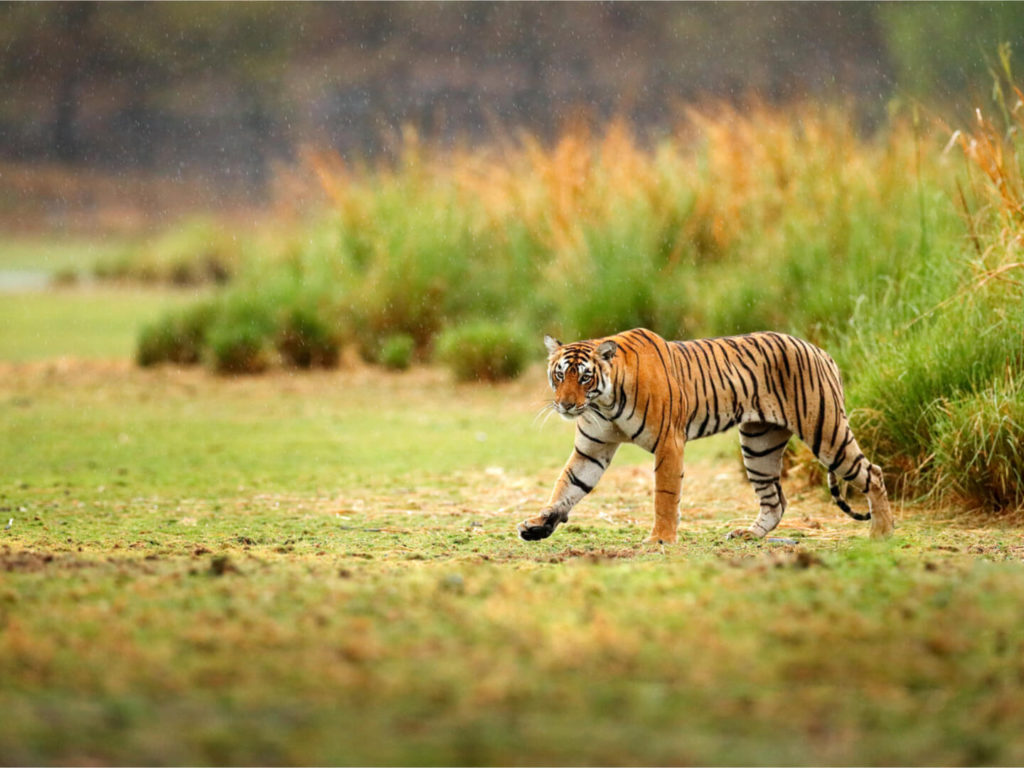 The Tadoba Andhari Wildlife Sanctuary is the oldest and largest national park in Maharashtra, situated in the Chandrapur district. This national park is at the forefront of tiger tourism in India, as this nation is known as the tiger land. The reserve forest also provides a sustainable environment to sloth bears, leopards, bison, and Indian wild dogs. 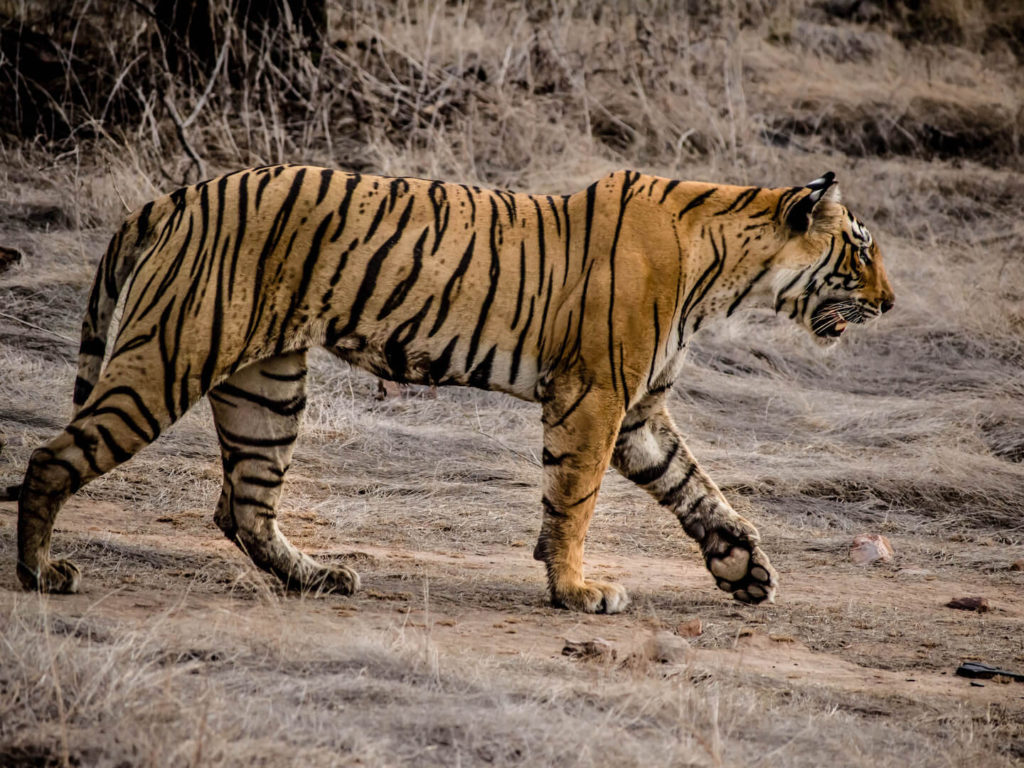 This national park is located in the Sawai Madhopur district of Rajasthan. This reserve forest was home to the famous Bengal tigress Machali, regarded as the Queen of Ranthambore National Park. This place was a landmark hunting ground of the royal family of Rajasthan, while these days it’s a major wildlife tourist attraction. 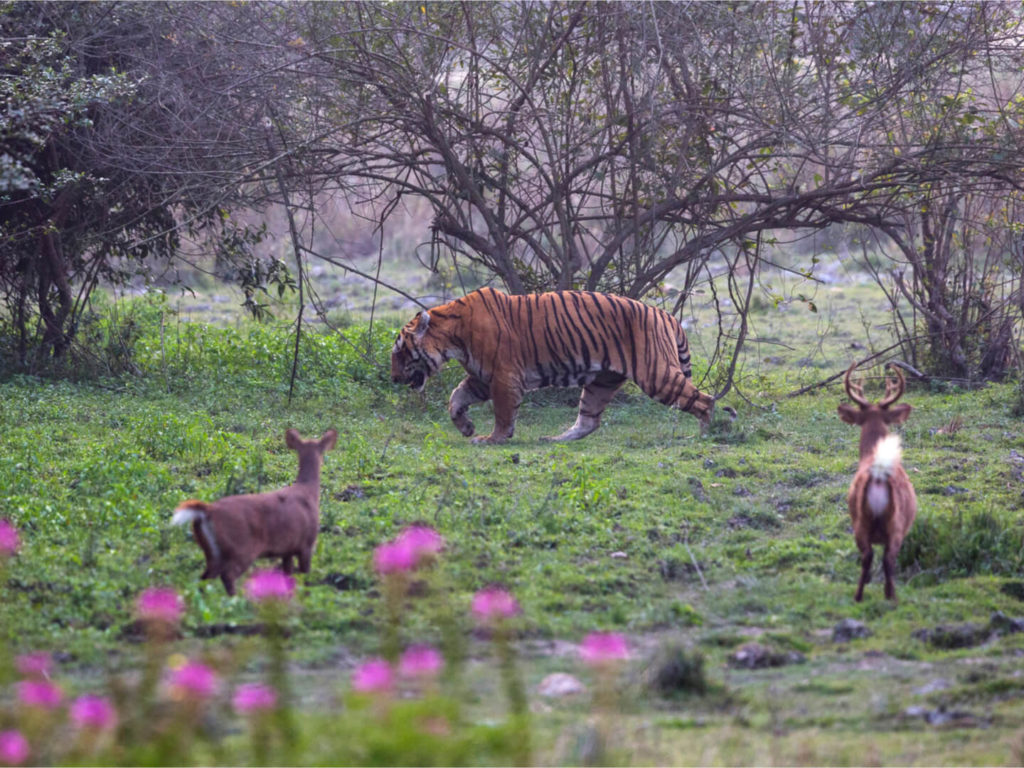 The Kaziranga tiger reserve fosters the highest density of tigers in India and the world. It was a wildlife sanctuary until 2006 when it was also declared as a tiger reserve. The white stretch of forest is situated on the bank of Brahmaputra river and provides deep forest wetlands and grasslands surrounding all its animals. Terai-Savana area in the Kaziranga Tiger Reserve consists of the most number of tigers protected in Assam. Apart from tigers, this National Forest is also home to river dolphins, migratory birds, elephants, and the largest population of Indian one-horned rhinoceros in the world. 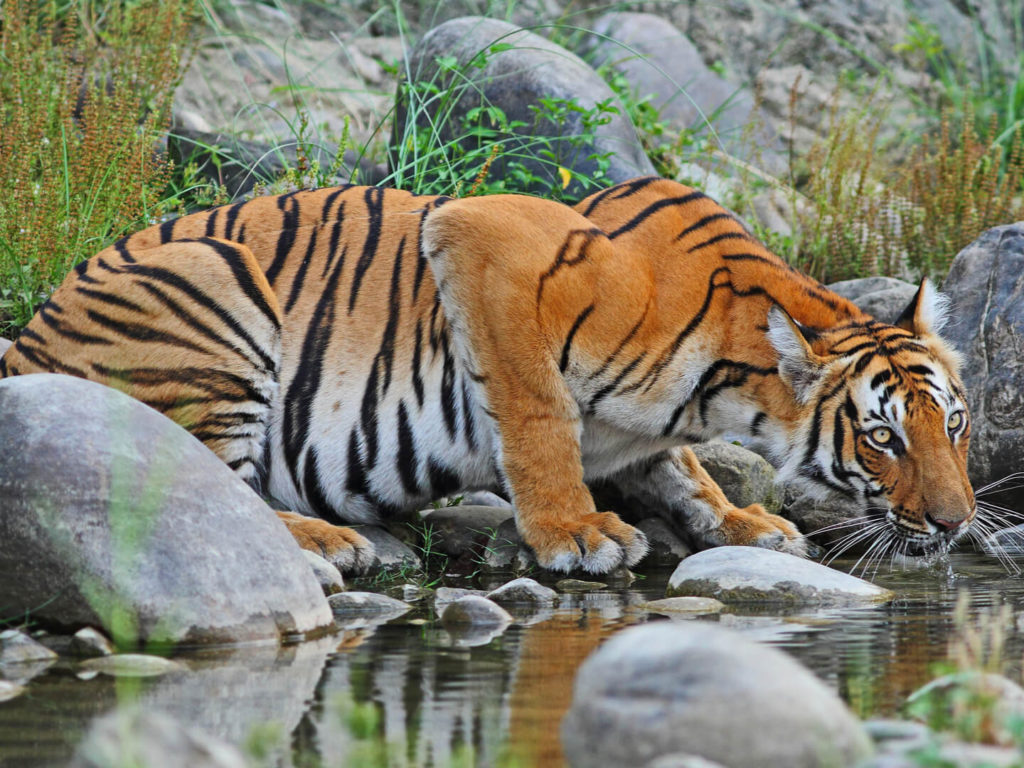 The Sundarbans, located in the Southern tip of West Bengal, is the largest delta in the world and is also the home to the famous Royal Bengal tiger. The majestic beast of the Sundarbans has the pleasure of swimming in the saline Delta water and walking on the mud plains of the mangrove forest. This national park is also home to other endangered species such as estuarine crocodile and Ganges river dolphin. 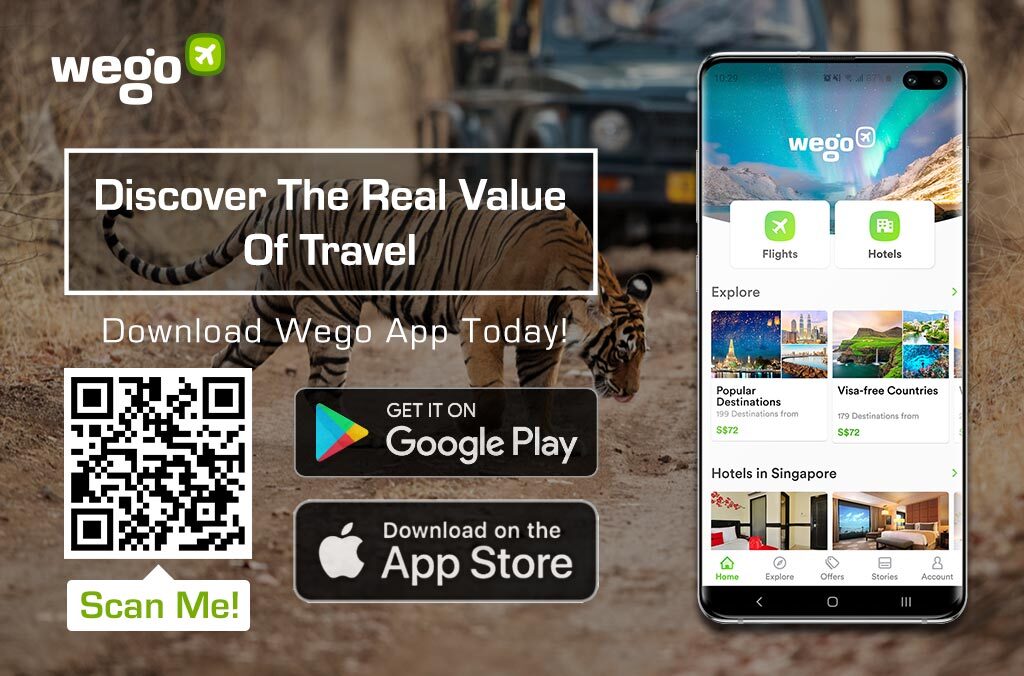