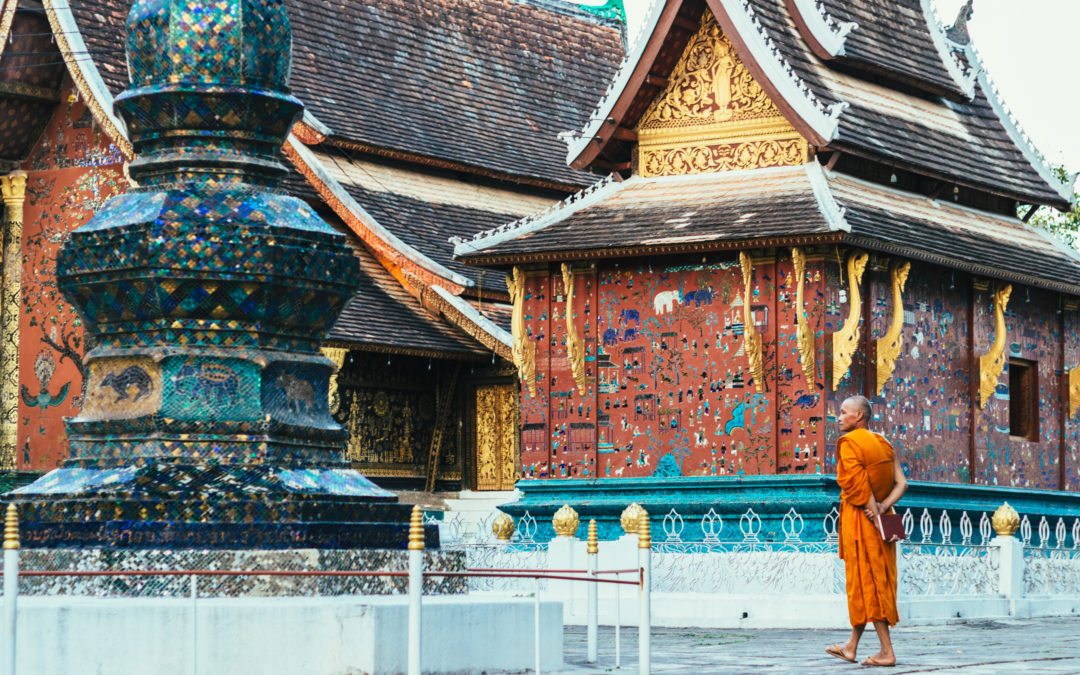 There’s Something About Luang Prabang: I Really Didn’t Expect to Fall Head Over Heels for This Charming Laotian City

Sitting on a pavement in Luang Prabang in Laos I’m wondering if it is the indistinct light of pre-dawn or the ungodly hour of 5 am which is making everything appear a little blurry around the edges.

Despite the early start I am not alone but surrounded by many other yawning tourists who, like me, have come to witness the dawn alms ritual. The majority of those here however, strung out along the pavement in a cross-legged seated line, are the Buddhist faithful.

For me this is a once in a lifetime experience but for them it is is how every day starts in Luang Prabang, the spiritual heart of the country.

Even though together we make up quite a crowd there is total hush. 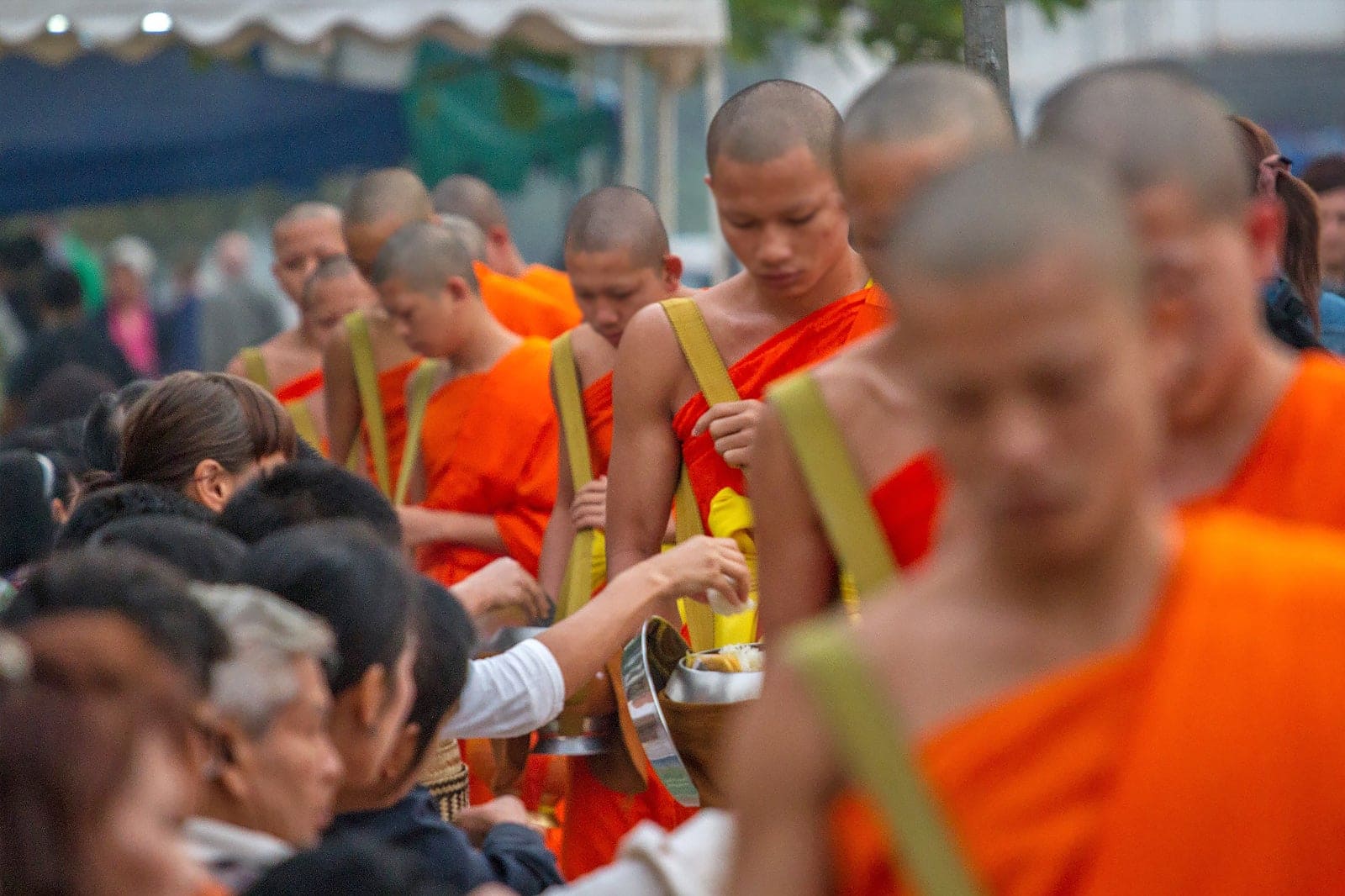 A little later the first saffron-robed monks appear from the many many temples, barefoot and with alms bowls in their arms.

Half an hour later the snaking line is still filing past as the sun finally breaks through and reflects in sparkling flashes off the temples’ mirrored mosaics and golden roofs. The incredible reverence and beauty of it all makes me want to cry.

As Luang Prabang starts its day in earnest with cafes pushing open shutters and tuk-tuks puttering past, I muse on how the people of one of South-East Asia’s most impoverished countries, with so little themselves, manage to feed hundreds of monks every single day. 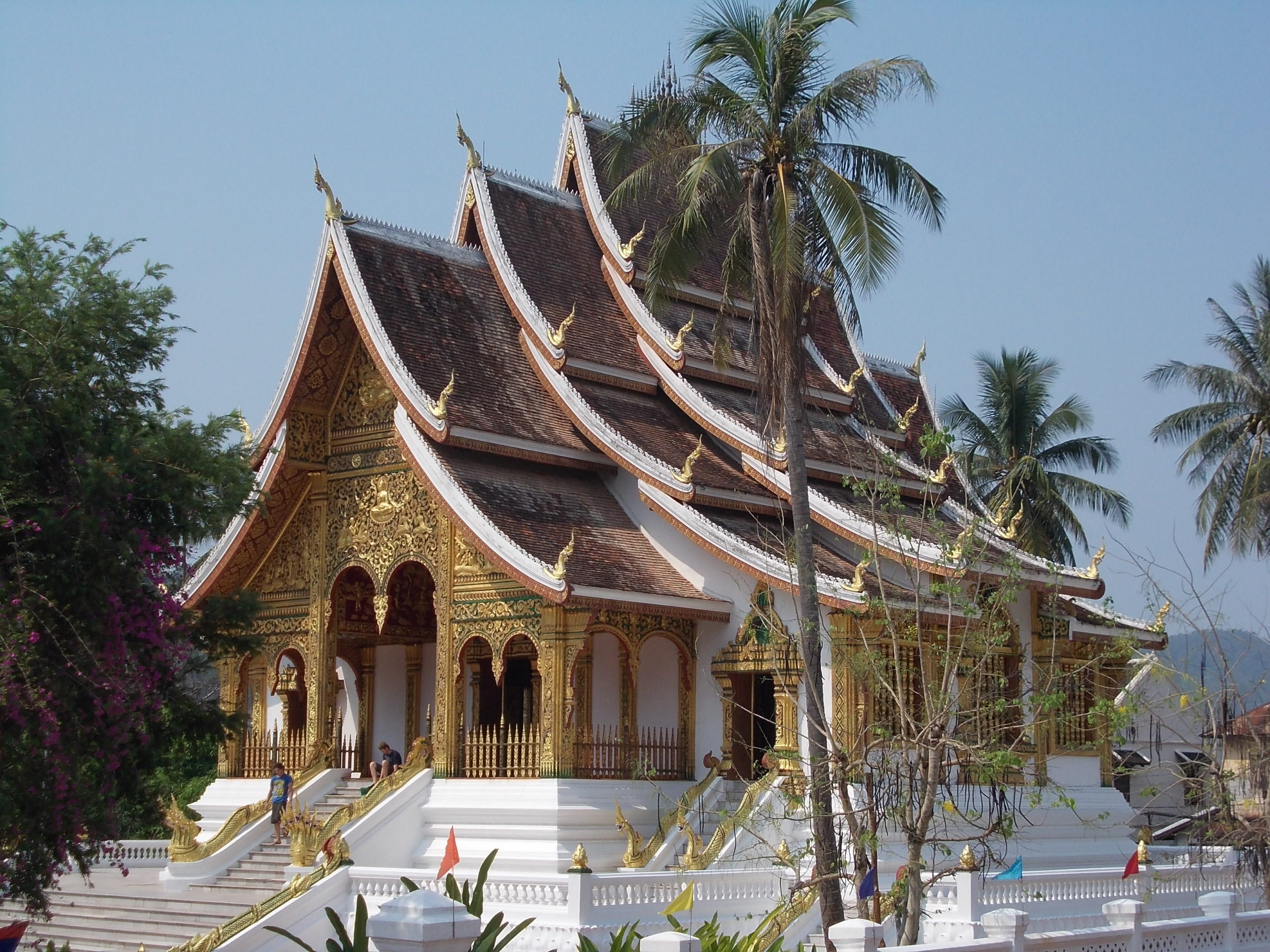 One of Luang Prubang’s many temples

Still under communist rule and only opening its borders to foreigners in 1989, Laos has arrived as a late-comer to the tourist scene. It is a country which within living memory has known upheaval and violence. The war that tore Vietnam apart from 1955 to 1975 spilled over into Laos too and tens of thousands of Laotians died under a barrage of bombs dropped by the US military.

It has struck me several times as I have explored the South-East Asian corner of the world that the people of these nations appear to have a quiet but fixed attitude to leaving tragedy behind. Perhaps it is something innate within the cultural make-up, perhaps it is explained by the predominance of Buddhism.

Whatever the reason, Luang Prabang shows this very same attitude; the people don’t forget but they do choose to focus on what is here and now and I find myself respecting that greatly.

To be honest, until I discovered Luang Prabang, this small nation and its culture had failed to impress me much. But Luang Prabang has seriously charmed me although it is hard to define quite why.

Many come here because of the astonishing quantity of temples, some of them exquisitely beautiful, but having spent months around the other temple-rich countries of the region I was actually feeling a little ‘templed out’.

The atmospheric views of the Mekong which I can drink in as I tuck into a riverside breakfast or bask in the glow of a sunset are lovely too but I have met this mighty river many times before. So, if these don’t explain my blossoming love affair what does? 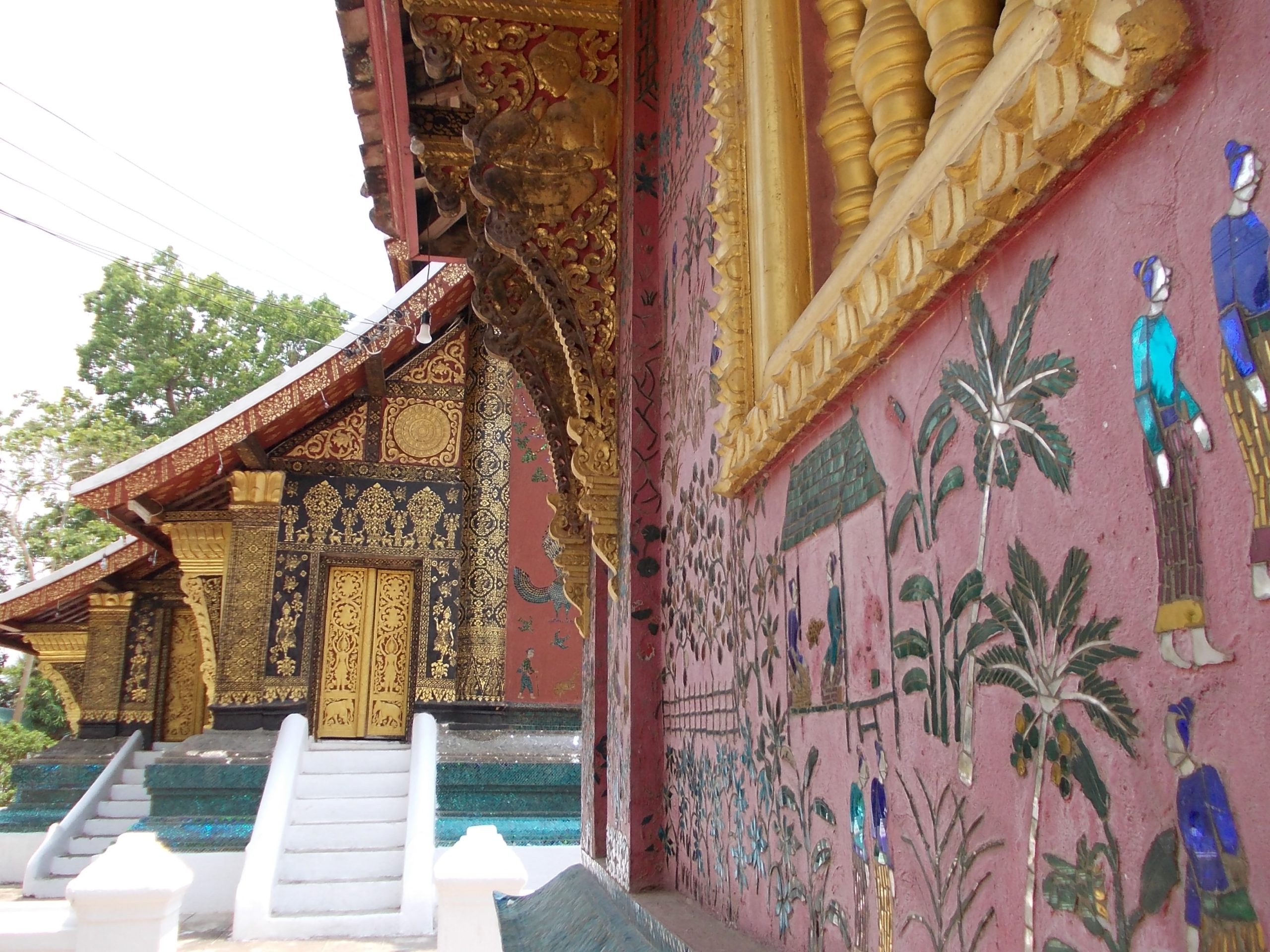 I don’t think it is any one thing but instead a glorious tapestry woven from many little things. The rich cultural elements, the natural loveliness, the air of calm which pervades everything and the unexpected I have stumbled upon so frequently here.

Or the wonderfully decrepit bamboo bridges which will be rebuilt every single year after the monsoon floods have destroyed those constructed 12 months before. ”No thank you – I think dangerous”, says an Italian tourist to no one in particular as he starts to walk across a bridge, changes his mind at the last minute and doubles back.

Just behind him, I also pause. I can see what he means but I really want to get to the other side and it is risk my chances here or swim and I’m not really feeling up for a dip.

It’s this way or swim

The evening before I had been simply strolling in the humid night when the sounds of music coming from the National Museum grounds made me decide to explore.

There, inside, was a completely free performance in progress. Exotically and sumptuously-clad dancers, looking to me like one of the temple murals I had seen here come to life, were weaving around to the accompaniment of percussion instruments, not one of which I could have identified.

Clad in masks and ornate headgear, it was obviously a traditional representation of something and although I didn’t have a clue what was going on I know I fell just a little more under Luang Prabang’s spell that night.

I was originally intending to be in Luang Prabang for two nights but I just can’t seem to tear myself away, so here I still am, two weeks later, still discovering treasure every day. Like the back-street alleys full of street food which would keep even the most budget-conscious smiling and very well-fed.

Or the kaleidoscope colours of the huge market which sets up every night and is so full of endlessly wonderful things to buy it makes me wish I had a much bigger luggage allowance.

There are also the astonishingly lovely waterfalls and caves just out of town along with any number of the secret corners and tucked away gems which I just keep uncovering entirely by accident.

I have noticed that during my time here I seem to have wandered around with an almost perpetual smile on my face, exclaiming under my breath over and over again ‘oh how lovely’ and it is true. Luang Prabang you are simply gorgeous.