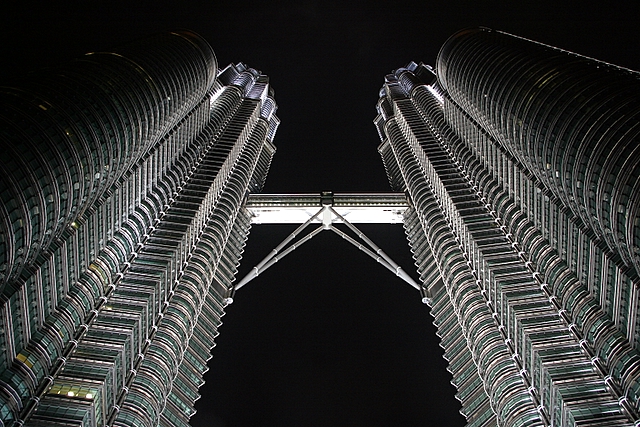 The Dutch have a long history in Asia and much of their presence remains visible in architecture, cuisine and even language, most especially in Indonesia. ‘Dokter’ in Bahasa Indonesia and ‘Dokter’ from the Dutch (not terribly surprising, meaning Doctor) are exactly the same, ‘dak’ means roof in both languages, as does ‘meubel’ (furniture).

Connections extend again between Malaysia and Indonesia apart from both languages closely mirroring each other,  resulting from the long history of global trade between the islands of Southeast Asia, heavily influenced by colonial forces, visitors and religious adaptations, all of which have left their cultural mark in some form or another in both countries.

The Dutch still love Southeast Asia and you’ll find many exploring Thailand, lazing in Bali or visiting friends and relatives in Java. It’s no surprise then that Dutch airline KLM operates connecting routes throughout the region quite proficiently.

Part of the beauty of travelling through Southeast Asia is the ease, speed and low cost of getting between two points in completely different countries. Flying from Indonesia to Malaysia is less complicated than catching a taxi through Jakarta. Many of the low cost carriers have helped boost links and frequency of travel between the two points but occasionally we overlook full service airlines to the detriment of our wallet.

KLM are perfect examples that great airfare deals are not restricted to low cost carriers and if you look in the right place (in this case wego.com of course!) you might be pleasantly surprised. For instance from now until April 25, 2013 you can fly from any of the 15 Indonesian destinations on KLM’s route, to Kuala Lumpur for just US$69 one way if you book and travel by April 30, 2013 (US$144 return including tax and charges). Even better, the flights are on a comfortable and spacious Boeing 777-200ER.

If you’re currently travelling through Indonesia or lucky enough to be living there, take advantage of the opportunity to fly to Kuala Lumpur with this deal and see the glittering Petronas Towers, or pop into Bukit Bintang (Star Hill) for some fascinating people watching, great food and diverse shopping options. Cool down and maybe try your luck on the gaming tables in the beautiful Genting Highlands just a short drive from the city, or get into the cultural and arty Central Market near Chinatown  to uncover some classic local talent and character.

As a family destination Kuala Lumpur doesn’t disappoint. The kids will love the KL Bird Park, a menagerie of parrots, ostriches, storks and flamingos dubbed the world’s largest free-flight walk-in aviary. They’ll also love the mystery and atmosphere of Batu Caves where monkeys and bats rule, along with some distinctly Indian Hindu temples accompanied by men with rather large snakes wrapped around their shoulders, purely for fun photographic opportunities.

One of the most significant connections between Indonesia and Malaysia is it’s strong Islamic faith. Kuala Lumpur’s Islamic Arts Museum is an outstanding showcase of Muslim art with both permanent and travelling exhibits of exquisite textiles, historic artefacts (more than 7,000), photography, jewellery even the reconstructed interior of an Ottoman Syrian room dating back to 1820.

There’s loads to fit in a visit to Kuala Lumpur so pack your comfortable walking shoes and save your cash for shopping and not airfares. More details about this special deal from KLM between Indonesia and Kuala Lumpur can be found here.