The charming and chaotic city of Bangalore, popularly known as the Silicon Valley of India, has been struggling with the severity of the raging pandemic for almost a year. With over 3.9 lakh cases and 4,382 fatalities reported to date, the capital city of Karnataka still reels under the devastating effects of this global crisis.

As the cases have continuously been over 500 for the past few days after the festive season, Bangaloreans are eagerly looking forward to the deployment of vaccines to put an end to this global crisis, once and for all.

With the mass immunization drive having started on 16 January, what are the latest updates about the vaccination procedure in Bangalore right now? How is it being carried out? 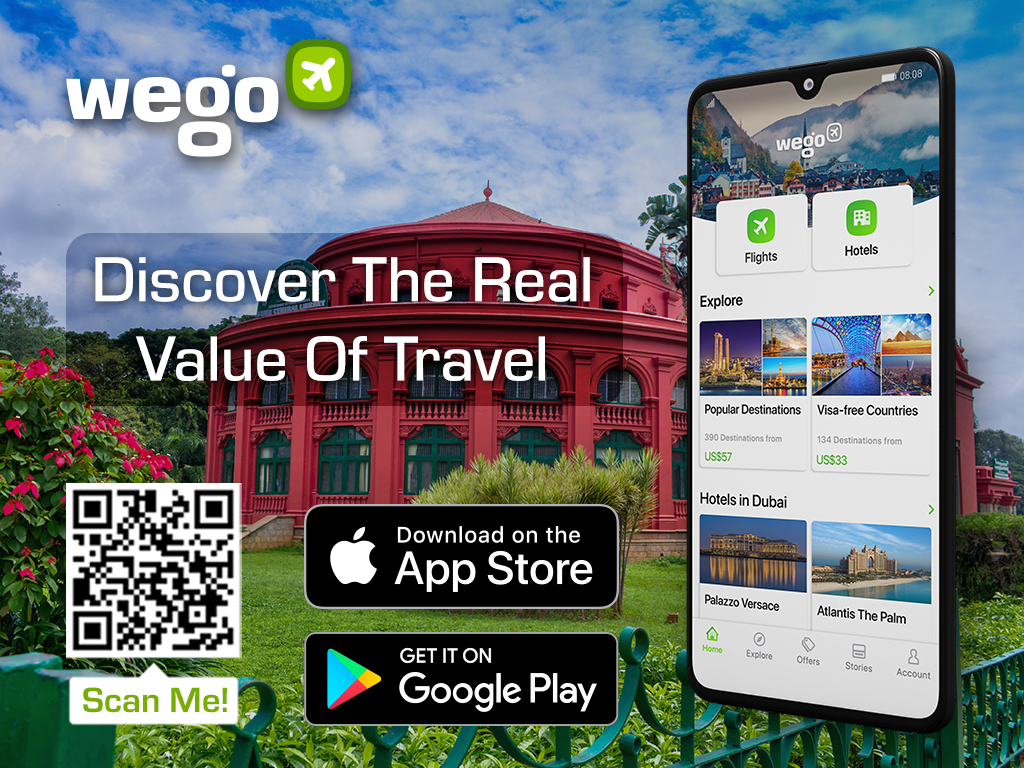 Updates on the COVID vaccine in Bangalore

The Serum Institute of India in Pune is responsible for despatching Covishield- the vaccine developed by The Oxford University and AstraZeneca biopharmaceutical across the country. Karnataka has received 15,52,000 doses of Covishield that were sent in two consignments.

The vaccines are stored at the government health facility near Anand Rao Circle, Bangalore. The other major vaccine storage facility is at Belagavi.

Karnataka on Saturday received the second consignment of 1,46,240 doses of Covaxin. With this, the State has got 1,66,240 vials of Covaxin, developed by the Hyderabad-based Bharat Biotech. The first consignment of 20,000 doses was sent to the State on 15 January.

After having gone through months of clinical and human trials, Covishield and Covaxin are the only COVID-19 vaccines approved in India right now. The Drugs Controller General of India (DCGI) has approved the Emergency Use Authorization of these two vaccines after being reviewed by a select panel of experts from the Central Drugs Standard Control Organisation (CDSCO).

Both vaccines have undergone different phases of trials and tests to establish safety and immunogenicity.

Two #COVID19 vaccines- #Covishield and #Covaxin have received Emergency Use Authorization (EUA). Both the vaccines have established their safety and immunogenicity through a well prescribed regulatory process: Secretary, @MoHFW_INDIA #Unite2FightCorona pic.twitter.com/e1IxyxsQLN

Covaxin is an indigenous COVID-19 vaccine developed by Bharat Biotech in collaboration with the Indian Council of Medical Research (ICMR) – National Institute of Virology (N.I.V.). Covaxin is a Whole Virion Inactivated Vaccine. The vaccine has been shown to generate immunity following two doses given four weeks apart through ongoing trials. Covaxin is presented in multi-dose vials and can be stored at 2-8ºC.

The vaccine will not be administered for children below 18 years of age. In phase 1 and phase 2 clinical trials, Covaxin has demonstrated the ability to produce antibodies against COVID-19. However, the clinical efficacy is yet to be established, and it is still being studied in phase 3 clinical trial. Nevertheless, the safety parameters are looking good.

Manufactured by the Serum Institute of India, Covishield is the COVID vaccine jointly developed by The Oxford University and AstraZeneca biopharmaceutical based in the U.K. The Covishield vaccination course consists of two separate doses of 0.5 ml each. Recipients should take the second dose 4 to 6 weeks after the first dose.

The vaccine has been approved for restricted use for individuals 18 years of age and above. Covishield has undergone three phases of clinical tests for safety, immunogenicity, and efficacy. The confirmed efficacy rate is 70.42%.

Several other vaccines are in different phases of human clinical trials, waiting for their approval. In addition to these two approved COVID vaccines in the country right now, vaccines developed by foreign and indigenous companies anxiously await the nod from DCGI.

The jab manufactured by Pfizer Pharmaceuticals based in America and BioNTech, the biotechnology company from Germany, has already been widely authorized in countries such as the U.S., UK, Canada, and Bahrain. Pfizer was the first candidate in India to apply for its emergency approval.

This mRNA vaccine has undergone three safety trials abroad. However, Pfizer will be authorized by the government only after doing a local study on the Indian population. The vaccine consists of two doses to be taken 21 days apart and is recommended for people aged 16 years and older. The efficacy rate is reportedly more than 90%. Union Health Secretary Rajesh Bhushan has said that the price of a single dose of Pfizer-BioNTech’s Covid vaccine is Rs 1,431 (USD 19.50).

COVID-19 vaccine ZyCoV-D, developed by Zydus Cadila, the pharmaceutical firm based in Hyderabad, has successfully undergone Phase I and Phase II trials in over 1000 healthy individuals. The plasmid D.N.A. vaccine has been found safe and immunogenic in the first two trials and is eagerly waiting for the central government’s approval to conduct Phase III safety trials. The last stage trials are currently taking place in Ahmedabad, Surat, Nashik, and Jaipur.

The vaccine is known to show improved vaccine stability than its counterparts, enabling it to remain stable at room temperature for over three months. The vaccine’s strength and resistance would make it ideal for access, even in the country’s remotest regions.

Sputnik V is the first registered vaccine against COVID-19 created on a human adenoviral vector platform. The vaccine comprises two doses. The second dose should be taken 21 days after administration of the first dose. The efficacy rate is confirmed to be 91.4%. Sputnik V will soon apply for emergency-use approval in the country.

The Hyderabad-based pharmaceutical firm Biological E is working with the US-based biopharmaceutical firm Dynavax Technologies Corporation and Baylor College of Medicine, Houston, to create a globally available COVID 19 vaccine. Followed by the approval from DGIC, Biological E. has initiated Phase I/II clinical trial of its COVID-19.

The clinical tests will evaluate vaccine safety and immunogenicity in healthy individuals between ages 18 and 65. The results are expected to be available by the end of February.

Pune-based firm Gennova in collaboration with H.D.T. Biotech Corporation, Seattle, US, has produced the mRNA COVID vaccine- HGCO19. The DGCI has granted conditional permission for Phase I/II trials and animal toxicity study of the vaccine.

The tests are expected to be complete by mid-March. If approved, HGCO19 will be the first indigenous mRNA vaccine in the country.

Mynvax is a heat-tolerant COVID 19 vaccine developed at the Indian Institute of Science, Bangalore. The vaccine could tolerate and stay stable at much higher temperatures, whereas other vaccine candidates might lose their shape after 50°C, making it a “warm vaccine.”

Mynvax can be stored at 37°C for over a month without losing its viability and ability to fight the virus. Researchers at IISc have reported that the vaccine maintains its stability at very high temperatures up to 100°C.

These are the four vaccines, whose R&D is done in India or will be manufactured in India & will be available soon: Secretary, @MoHFW_INDIA #StaySafe #Unite2FightCorona pic.twitter.com/ClMkK68VAj

When can Bangalore residents be vaccinated?

The inoculation procedure in Bangalore will be carried out in three phases:

Karnataka tops the list of states with the highest vaccination coverage in the country. Data compiled by the state health department shows a total of 2.3 lakh healthcare workers (of the 4.2 lakh shortlisted for vaccination) in government and private hospitals have received the first dose between January 16 and 25. The overall vaccination coverage stands at 53%.

Where to get vaccinated in Bangalore?

According to the Health Minister of Karnataka, K. Sudhakar, the government has taken the following steps for COVID 19 vaccinations.

Seven major vaccination centers in Bangalore are listed below:

The vaccine is being administered to 100 people in each center. Beneficiaries getting the jab will be informed via SMS or phone call.

The Union Minister for Health & Family Welfare, Dr. Harsha Vardhan, has mandated registration through the CoWIN (Covid Vaccine Intelligence Work) app for administering the vaccine. The CoWIN app will track and monitor the distribution of the vaccines and will scale up the process as and when required. The app is currently unavailable to citizens but will soon be made accessible from all platforms.

The Prime Minister of India, Mr. Narendra Modi, has announced that the states will not bear the vaccination cost during the initial phase. The central government will be taking care of the charges for the vaccines for all those who qualify for Phase 1. There is no absolute clarity on what will cost the rest of the public.

It is speculated that Covishield will cost Rs 200 for the first 100 million doses and Rs 1,000 per dose after that at private outlets. The Covaxin batch is estimated to cost Rs 206 per dose.

However, Union Health Minister Dr. Harsh Vardhan has stated that vaccine will be provided free of cost across the country. 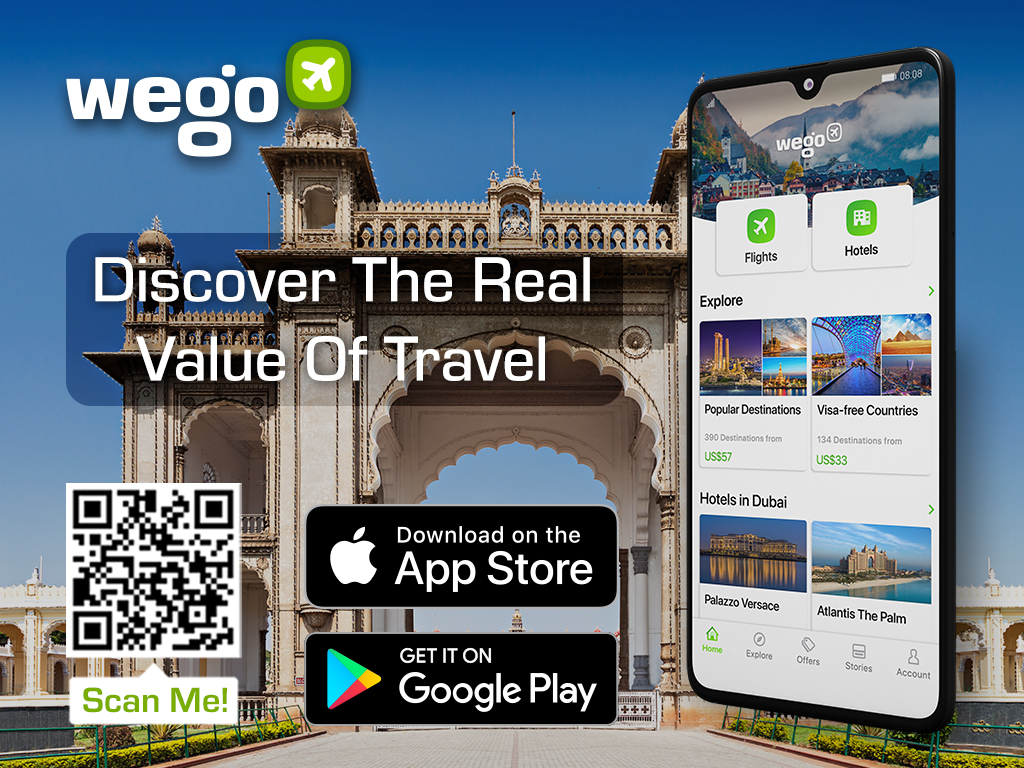