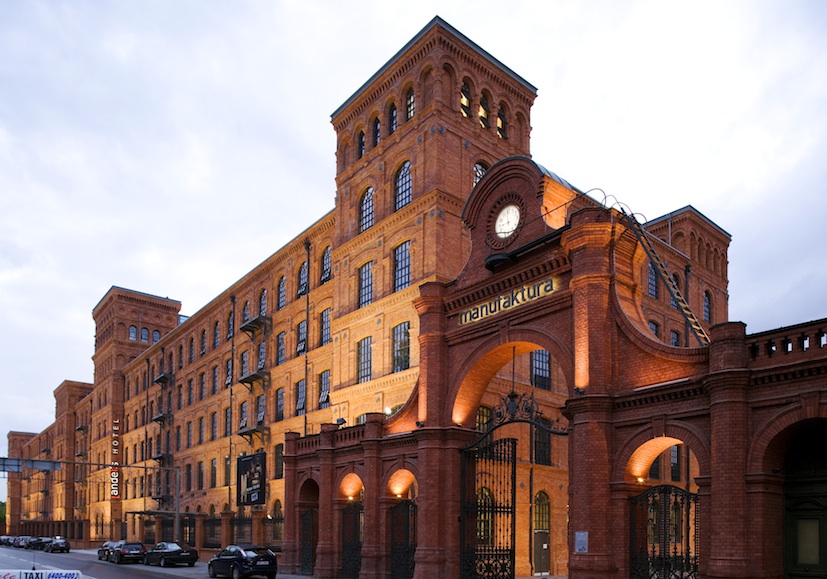 The andel’s Hotel Å³dÅº is a spectacular monument of Poland’s crossroads between its industrial history and a hopeful future. The hotel’s old European exteriors contrast expressly modern interiors, resulting in a visual allure that captures the city’s story.

Situated in Lodz, Poland’s third-largest city, the andel’s Hotel Lodz lies within a former textile mill weaved into the city’s fabric and heritage. The revitalized red brick building of Izrael PoznaÅ„ski’s original factory acts as the hotel’s exterior today. It’s a recognizable sign of old industrial Europe, when times were tough, and factories were everywhere. Lodz grew around these rising factories, developing as a city during the manufacturing boom, so a stay in any of the hotel’s 277 rooms at this authentic heritage site is a meaningful experience.

Options at the 4-star deluxe design hotel include 216 Double Rooms, 52 suites and apartments for longer stay accommodation, and several maisonette rooms. There are also rooms specifically catering to people with disabilities. For special occasions, andel’s Hotel Lodz has special honeymoon accommodation and the ultra deluxe  residential apartment that comes complete with a terrace.

There are plenty of additional facilities within the hotel. I’ll skip over the impressive business-friendly options and get straight to where I would spend my time – the rooftop pool. The glass-enclosed pool nudges out over the edge, offering panoramic views of the low-lying city spanning out below. As it’s mounted above the rest of the hotel, the linear lines of the glass walls create a stark visual contrast to the old, industrial facade below. It’s easily my favourite part of the hotel’s
architecture. 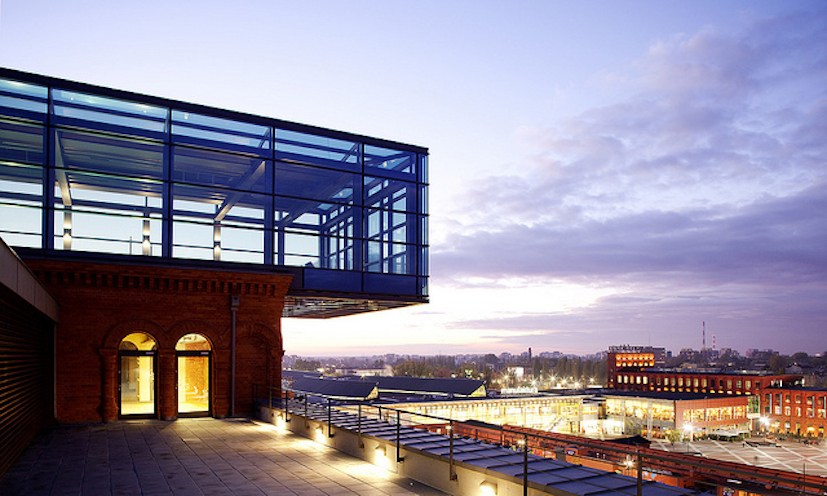 After a magical swim, walk down one of Europe’s longest promenades or pop next door for some retail therapy. Hotel Lodz shares residence in the revamped factory grounds with a host of shops, theatres, restaurants, pubs and more. Collectively they form Manuktura, one of Poland’s biggest shopping and entertainment centres. From there, there’s easy access to great museums, grand theatres and art galleries. If you are after a little excitement after the long-haul flight to Europe, pick between colourful festivals or experience the charms of old European performance arts like musicals and burlesque.

For a perfect end to your night, head back to Hotel Lodz for great fusion food at Restaurant Delight or sip some drinks at Oscar’s Bar where you can take in breathtaking views on the terrace.

Elements of old and new gel together wonderfully to create this hotel’s award-winning design and curious charm. From its prominent position in the cultural heart of the city, the hotel’s modern design elements signify Lodz hopes and efforts to differentiate and revive itself in today’s world. With remarkable design and so much written into the walls of andel’s Hotel Lodz, I suspect its strongest charms lies with travellers who are fans of art, history and architecture or who just desire something a little bit different.

Sample the unique blend of history and culture at andel’s Hotel Lodz with a special deal from our Wego Deals page.