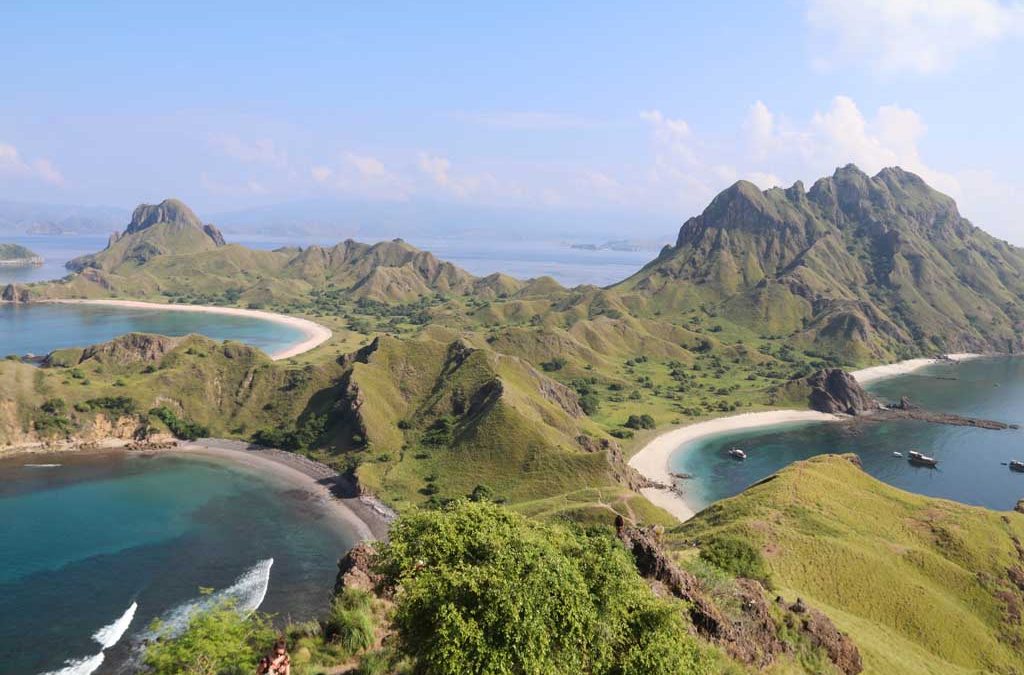 Flores: the antidote to Bali

Bali has become almost as famous for lively beach clubs and fine dining as it is for its natural beauty and colourful festivals, while just next door, another beautiful island sits quietly by.

Flores shares Bali’s natural beauty, with striking volcanic landscapes, beautiful beaches and fringing coral reefs – and it has its own colourful festivals. But outside the capital of Labuan Bajo, you’re unlikely to find much in the way of nightlife. So, it’s ideal for those looking peaceful, romantic getaway, an escape from modern-day life.

On our first night in the small port town of Larantuka on the island’s east coast, we head to the roof top bar. If this was Kuta, I’d expect to find a few Aussies in Bintang t-shirts taking advantage of Happy Hour prices. Instead, we find an English diplomat dressed in a neatly pressed linen suit. He reminds me of Hugh Grant. He’s here to witness a religious festival that’s equal to Bali’s festivals in spectacle, but different in every other way. 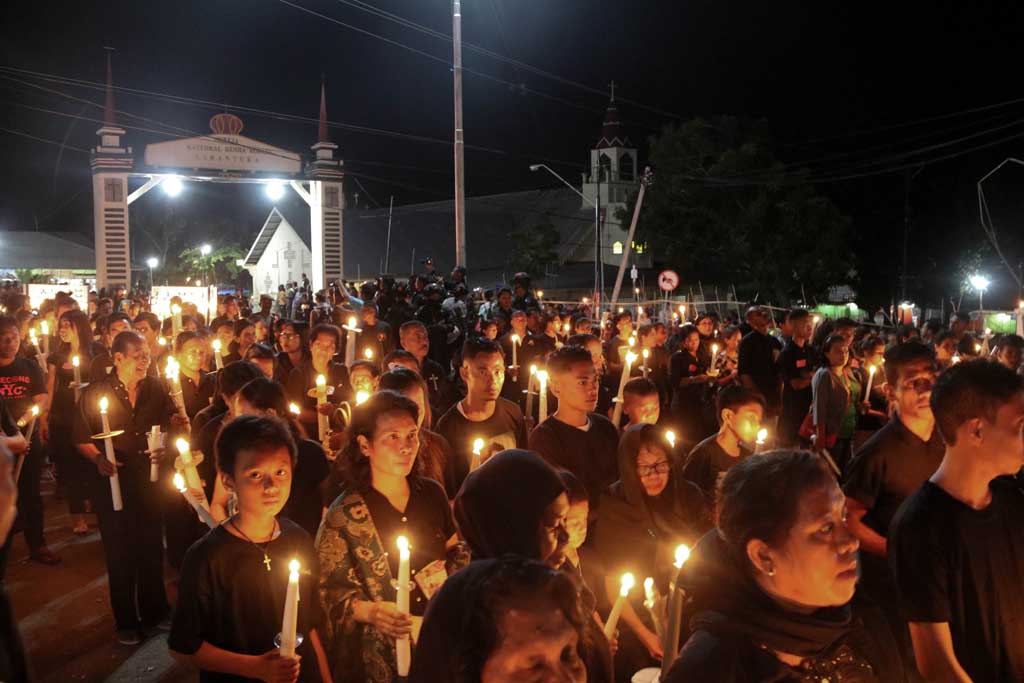 Similar to Mexico’s Day of the Dead, Semana Santa is a week-long Easter celebration that combines traditional Catholic Easter devotions, adopted during Portuguese settlement in the 16th century, with local traditions.

The festival, which attracts thousands of catholic pilgrims from Flores and the surrounding islands, starts with ‘Rabu Trewa’ or Shackled Wednesday, when people gather to pray in chapels throughout Larantuka, and the entire town goes into mourning. On Maundy Thursday congregations hold the ‘Tikamturo’ ritual, preparing the route for the following day’s 7km procession, by planting candles along the route.

At the Chapel of Tuan Ma (the Virgin Mother) a casket that has been sealed for one year is carefully opened by the Conferia, and the statue of Tuan Ma is bathed and dressed in mourning clothes.

Good Friday is the pinnacle of the week’s rituals, statues of Jesus and the Virgin Mary are carried to the beach and onto a boat, which is then followed throughout the bay by hundreds of fishing boats.

Heading west from this spectacle in Larantuka, the coastline of Flores is dotted with pristine beaches and at the eastern tip, the island of Komodo and its prehistoric residents: Komodo dragons.

It takes a few hours to get to Komodo Island by boat, but along the way there are countless islands and beaches to explore, including the beautiful Padar Island and its famous Pink Beach.

The coral reefs of Flores and neighbouring Komodo are fast becoming one of Indonesia’s most popular scuba diving destinations, the underwater terrain being every bit as varied as the islands are above water, where you’re likely to see everything from tiny anemone fish and pygmy seahorses, to dugongs, sharks, manta rays, turtles and dolphins. 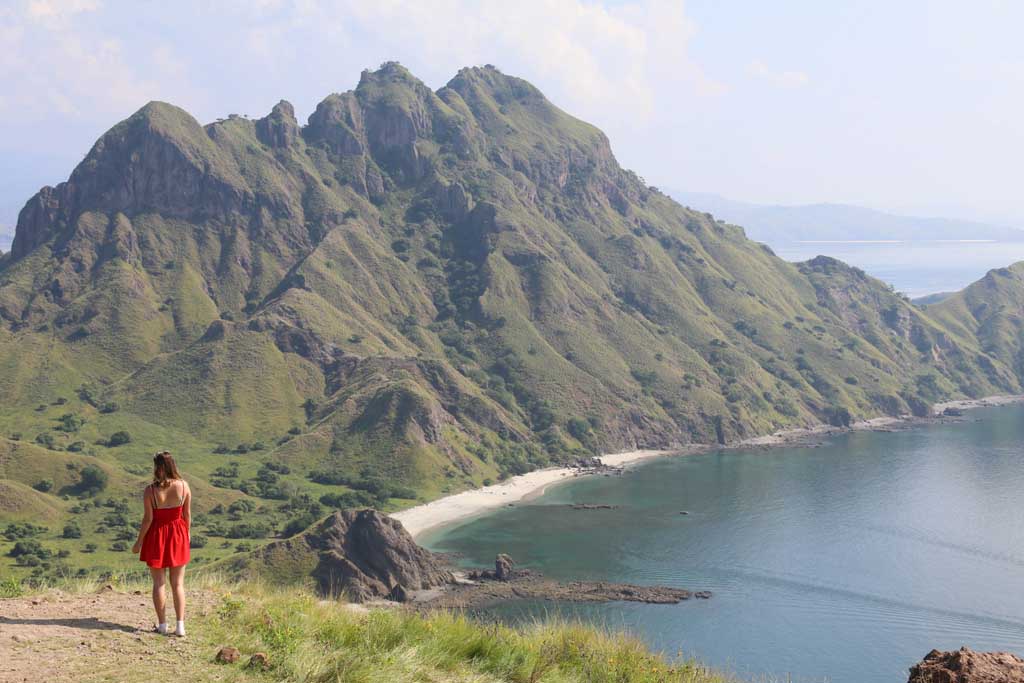 Taking in the view at the top of Komodo Island

On Komodo Island itself, you will be greeted by its famous prehistoric residents almost immediately as park rangers show you around. The rangers are armed with a long wooden stick to keep the dragons at bay, but they hardly have a need for them – they’re well fed in this protected environment.

Depending on how much time you have and how energetic you feel, there are a number of walking trails around the island of varying lengths. The views from the top of the volcanic peaks are pretty spectacular, and well worth the effort – even in 90 per cent humidity.

So, on Flores and Komodo, not only do you get white sandy beaches and pristine coral reefs, you get to travel back in time to witness 16th century festivals and prehistoric creatures.

Fly to Bali and then direct to Labuan Bajo. You’ll need a boat to get to the islands which can be hired at the port or pre-booked through a boat hire company or tour operator.

A National Park fee of USD$8-12 per person can be paid in the National Parks’ Office in Labuan Bajo or upon arrival on the island.

The best time to visit is during the shoulder seasons of April to June and September to November, as they are cooler but still sunny, and less packed with tourists. If you visit between April to June you also have a higher chance of spotting whale sharks.

Images courtesy of the author