Holi 2021: Head Over to These Places to Celebrate the Most Colorful Festival in India 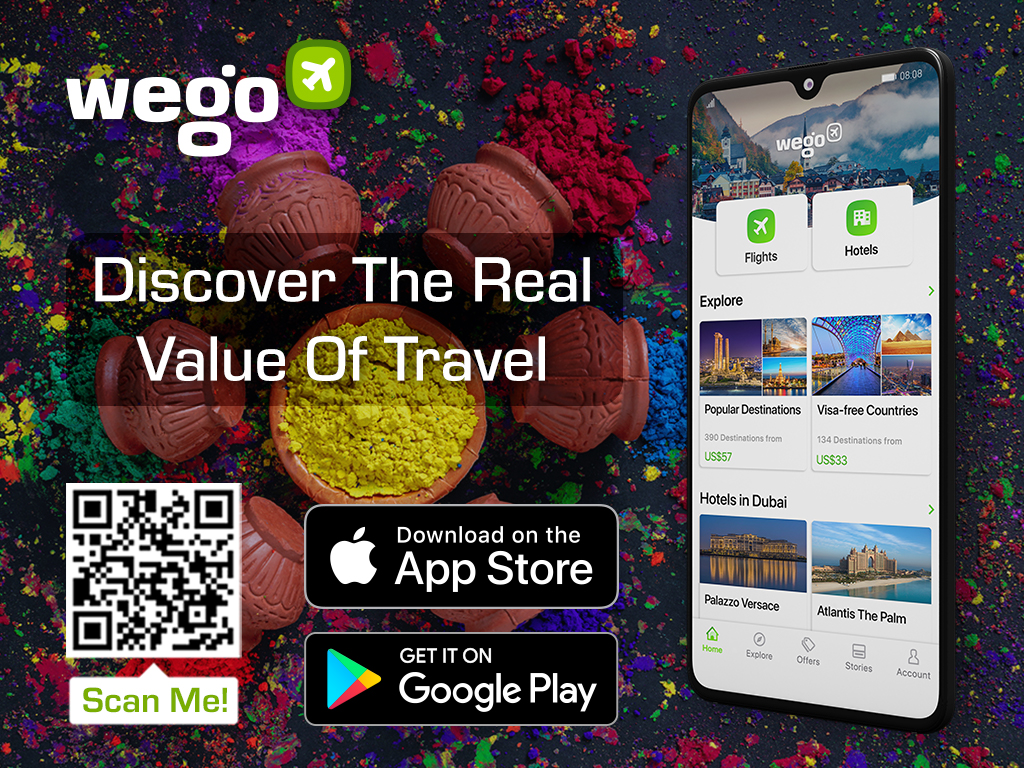 Here are unique places to make your 2021 Holi unforgettable on 28 and 29 March! 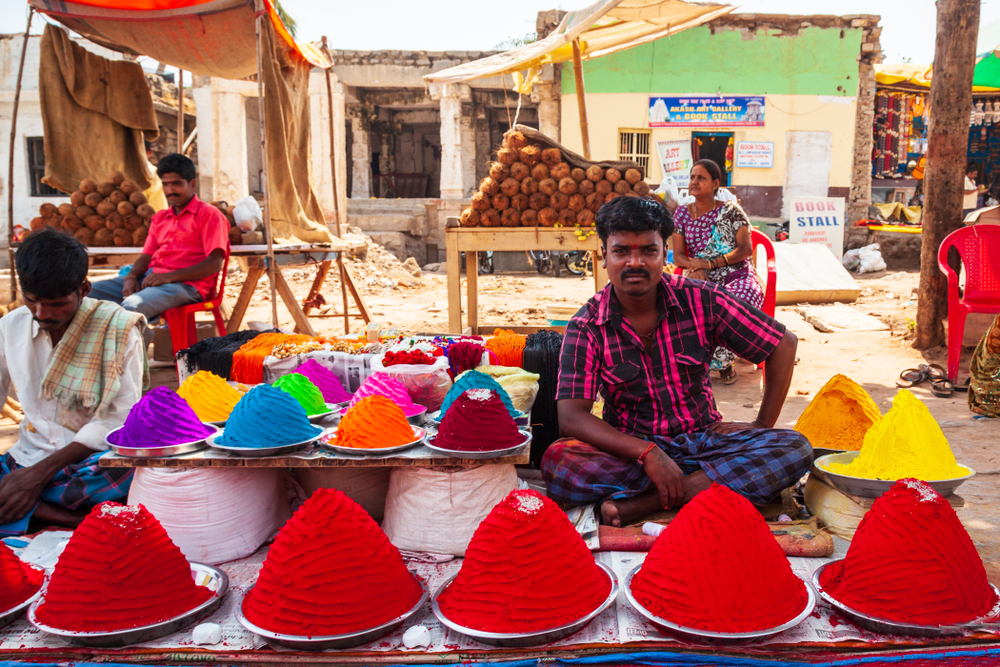 South India is generally known for peaceful and tranquil holi celebrations, but one must count Hampi out. This ancient town is popular amongst backpackers from all over the world, and come Holi, people of all colours join the locals in the joyful celebrations. While you are there, roam around its beautiful temples and take in all the history of the place, because if there’s one thing here more fascinating than the festival itself, it’s all the age-old tales and fables. 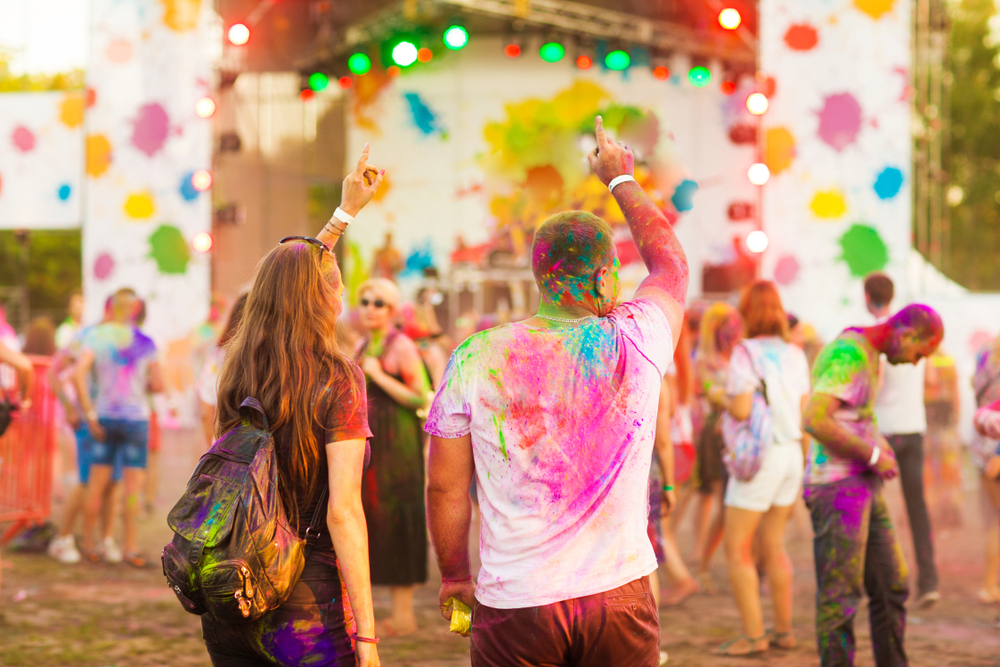 The capital of India is sprayed with every shade of every colour, as young and old alike drench themselves (quite literally) in the gaiety of the festival. Delhiites usually start with a tilak- a small mark on the forehead considered to be a good omen- and before you know, they are covered with Gulaal from head to toe. True to the city’s party-culture, there are several parties arranged across Delhi, from premium bashes offering gourmet food and alcohol, to budget-friendly, no-frills options. Bollywood party music resonates from every corner of the city, so get ready to sway to your fave go-to moves. 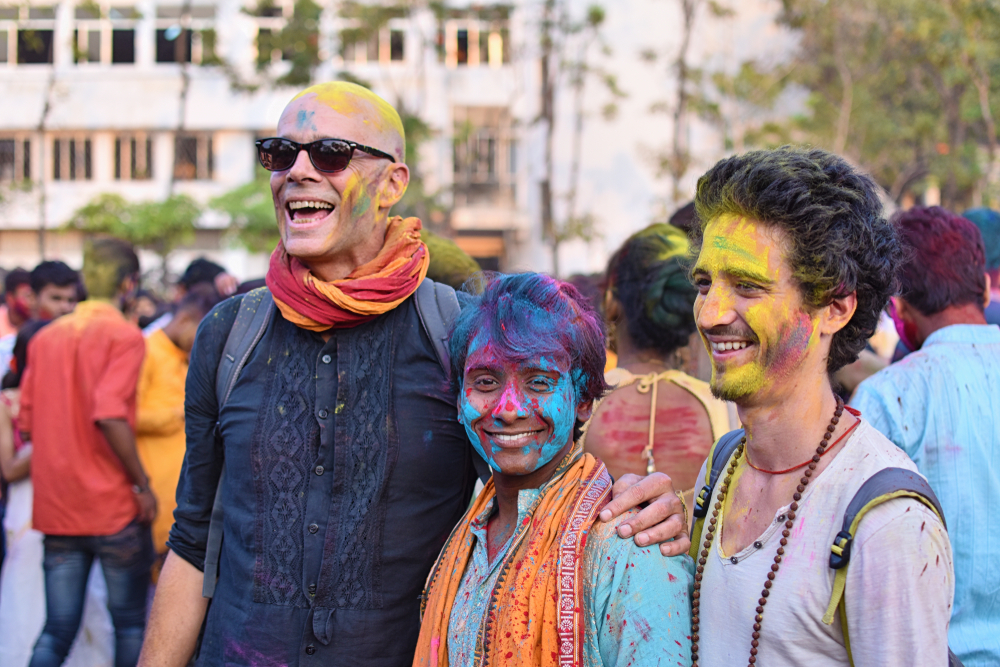 If you’re looking forward to cherishing the true essence of the festival, Shantiniketan is the place to be. This university town steps away from the clichéd customs of Basanta Utsav (Holi) and takes a more cultural spin of the festival. Students, clad in bright yellow clothes, showcase their talents through ethnic dance and entertainment performances. You can even meet the artsy community of the area and get insights into the Bengali culture.

The baul singers singing on the tune of their unique ‘Ektara’ instruments are a treat for your years, and even though you don’t understand the language, the music will stay with you forever. 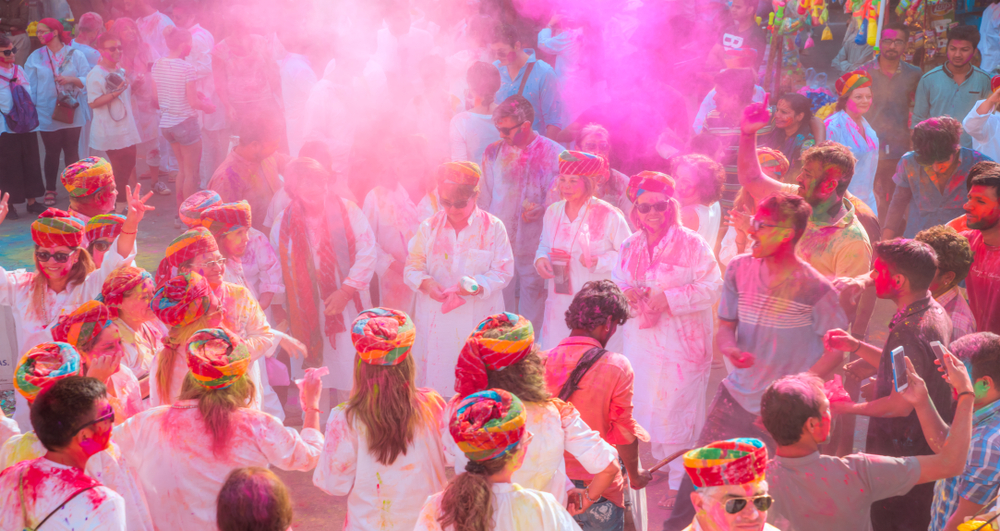 Whatever the City of Lake does, it does with a touch of grandeur and Holi is no exception. On the first day, the Holika Dahan ceremony is graced by by the royal family and the King lights the holy pyre while the local artists dressed vibrantly in Rajasthani traditional attire sing and dance around the bonfire. A stately procession, complete with ornated camels, elephants and horses, then starts from the Shambhu Niwas Palace and moves up to Manek Chowk royal residence. The Maharaja of Mewar personally welcomes honorable guests, foreign tourists, and many dignitaries to the Royal City Palace. 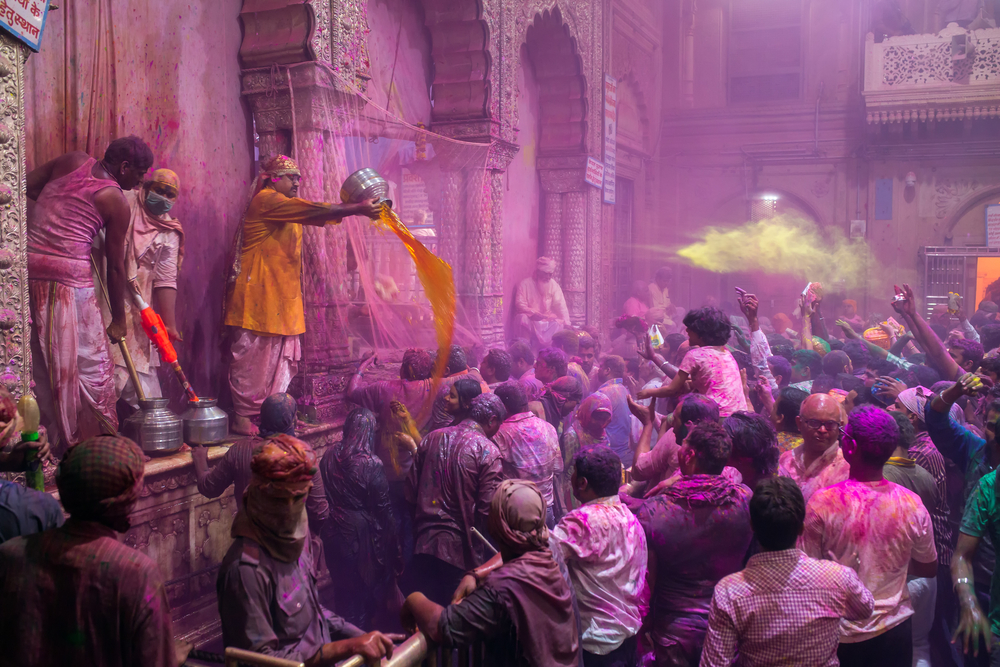 The birthplace of Lord Krishna is the undisputed king of the Holi celebration in India. The historic city becomes a riot of colours during the festival, coming alive with infectious energy and fervour. Women playfully fend the harmless flirtations of men with sticks, depicting the innocent relations between Krishna and Radha. Priests shower blessed water on devotees visiting the temples during these days. Barsana, Vrindavan and Nandgaon are the nexus of Mathura’s festivities. Here, you’ll also get to sample some of the best Bhang, a traditional milk-based drink flavoured with cannabis leaves.

Given the present circumstances of the COVID-19 pandemic, it is beyond doubt that this time, Holi can’t be celebrated with the usual breezy, carefree spirit. In the coming months, the government’s guidelines about the festival will be clarified by the authorities. Mass gatherings and events like the Delhi Moo Festival will most probably be disallowed or limited to a very small attendance. In case the situation worsens, private functions and parties may also be restricted.

On an individual level as well, each one of us has to be careful. It’s advisable to celebrate Holi with only a few close ones to reduce the risk of contracting this contagious virus through contact. Everyone should use gloves to the extent possible. Play with the colours on an open, airy ground rather than in congested, close quarters. Afterwards, make sure you wash and sanitise your hands and face well. 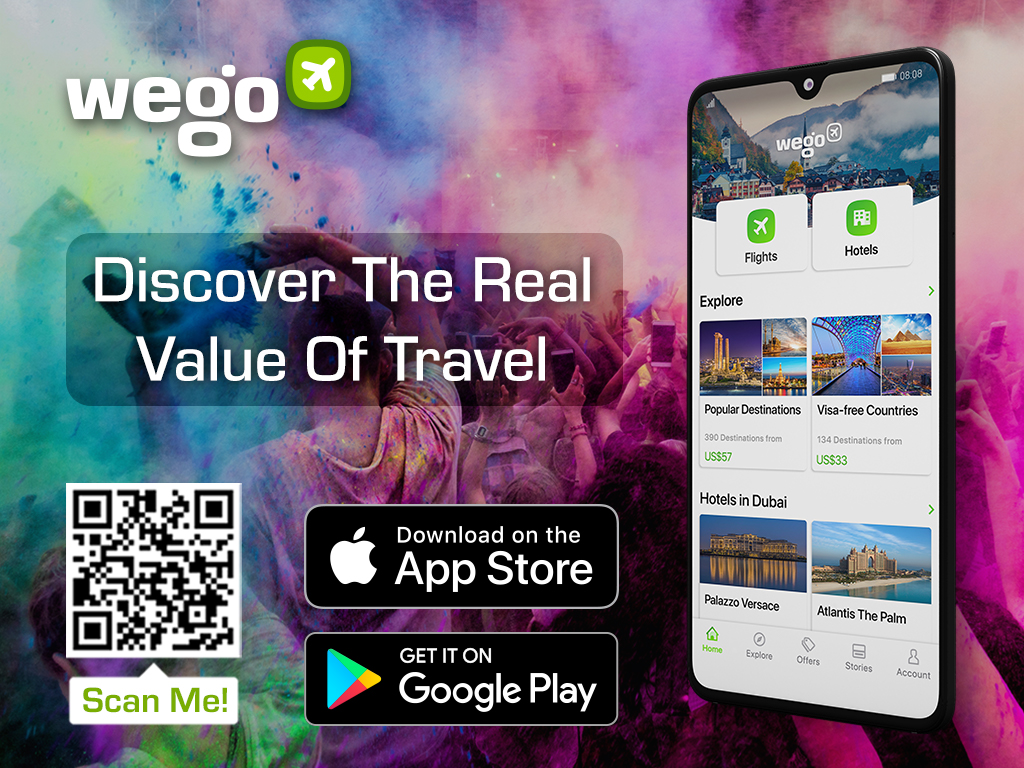