Holi 2023 in Kuwait: How is the Festival of Colours Celebrated in Kuwait?

This article is reviewed regularly (on a monthly basis) by Wego‘s editorial team to ensure that the content is up to date & accurate.

Holi is a vibrant festival of colours that commemorates the arrival of spring and the end of winter. It is a joyful celebration that symbolises new beginnings. While families and the Hindu community mark Holi with religious ceremonies, for many, Holi is all about having fun, throwing powdered colours and coloured water balloons. Here is all you need to know about the celebration of the Festival of Colours in Kuwait.

The festival of Holi usually falls in February-March according to the Gregorian calendar. Next year, Holi will be celebrated on 8 March.

The Hindu community residing in Kuwait prefer to celebrate this festival by distributing gifts and sweets and attending private Holi gatherings where their friends and families zealously throw fists of vibrant coloured powders and water at each other to celebrate this special occasion.

Holi celebrations in Kuwait are not usually flamboyant like in India, yet they are special in their own unique manner. Indian shops sell traditional sweets during the Holi season. A range of mouth-watering delicacies is prepared, including Punchranga pulao, Dhal maharani, medu vedai ki chaat, channa kachori chaa, Paneer Diwani hand, Aloo gobi and many more. Sweet treats like the kesar gujiya,raisins and chironji nuts, along with thandai drinks are also served on the special occasion of Holi.

Where is Holi celebrated in Kuwait?

The expat community in Kuwait, primarily the Indian diaspora, celebrate Holi in their homes or at gatherings conducted by organisations. One such prominent Indian organisation is the Upkar Association Kuwait, which regularly organises a Holi bash every year. 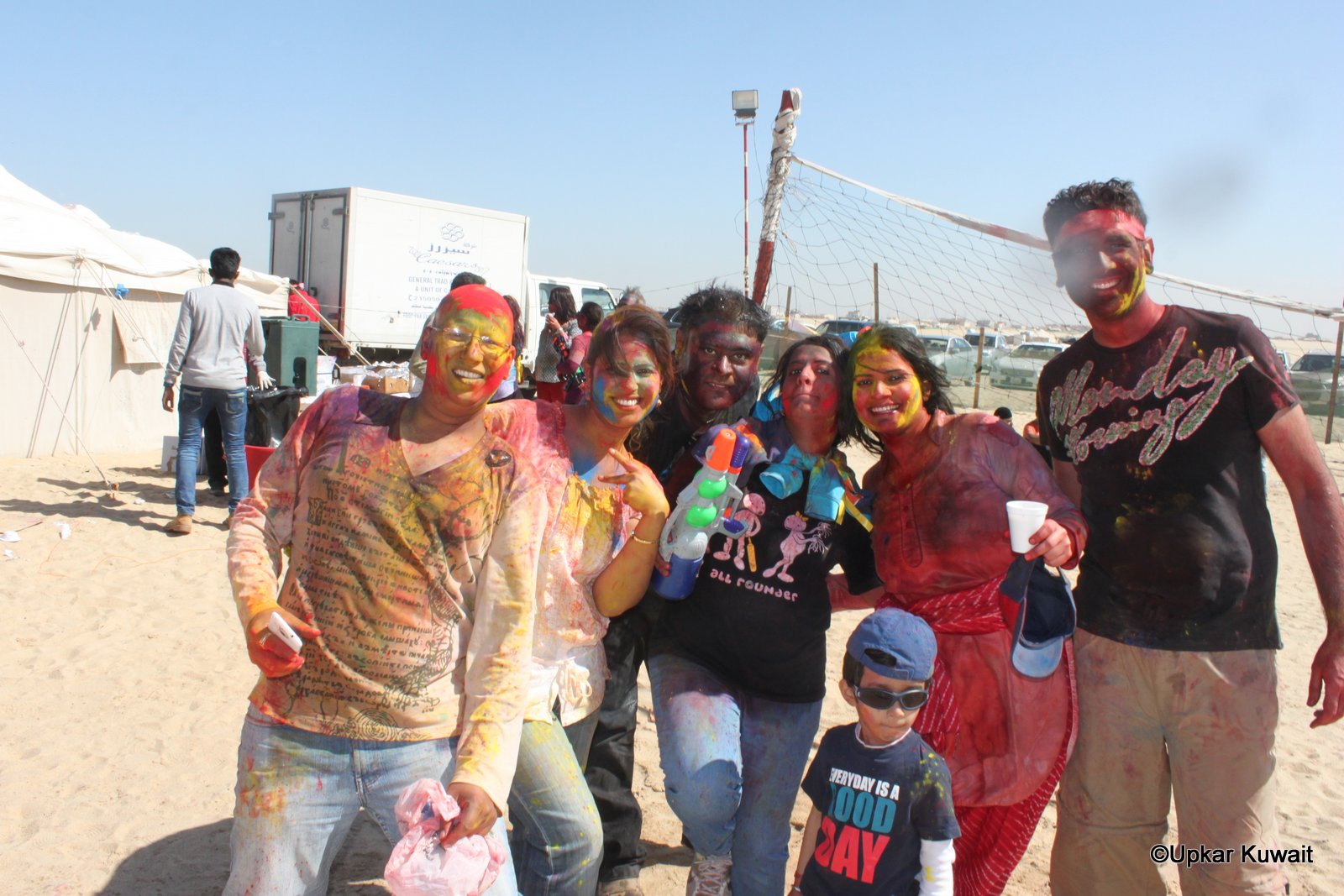 Last year, Holi celebrations were held at a desert camp. Several games were conducted with fun activities for kids and families. The DJ’s tunes lifted the spirits of everyone present with festive music, and a huge spread of Indian delicacies and cuisines was laid out for everyone.