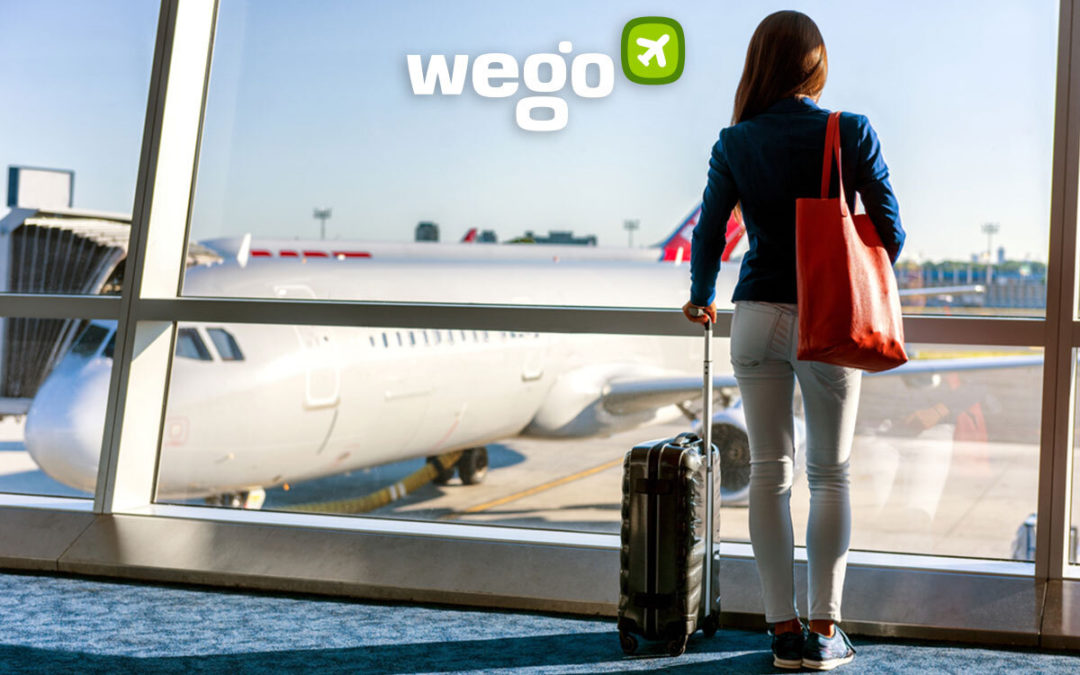 My Firsthand Experience Of Traveling Internationally During The Pandemic: Useful Facts and Tips For Anyone Looking to Fly Overseas Now

When I decided to fly from Singapore to Germany to visit my mom in early August, I was aware of the potential hurdles I might face from what I’ve read and heard on the news. Airport procedures around the world are reshaped to accommodate travels during the pandemic and travel requirements now go beyond the usual visas and necessary bookings.

I knew I would need to add a few more steps to my travel planning; what I did not know was how much more complicated things would be. 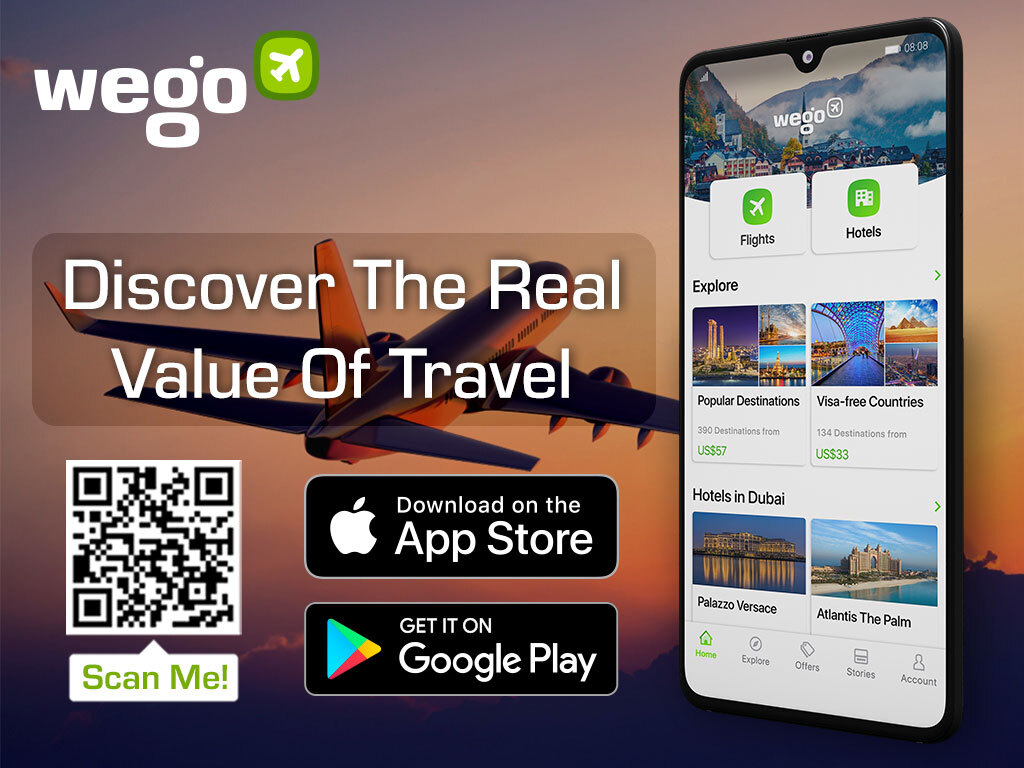 Finding out information and making the booking

I knew earlier that Germans arriving from Singapore wouldn’t need to quarantine in Germany. I had also seen Germany on a list of countries where Singaporeans and PRs would be able to do home quarantine upon their return to Singapore and would not have to stay at dedicated quarantine hotels at a cost of SGD2,000.

When I was ready to book, however, I could no longer find Germany on the list. I called the ICA Hotline and the officer referred me to an immigration officer at the airport who advised me to confirm Germany’s status by calling the SHN (Stay Home Notice) hotline as regulations were so fluid. To my relief, the SHN officer eventually confirmed that Germany, in fact, was still on the list.

With that sorted out, I then looked into booking my flight. I still had Krisflyer mileage but to my surprise, I could not use that mileage for a Lufthansa flight. This was not an issue prior to the pandemic, as both carriers are part of the same alliance. I eventually used the mileage on SQ but could only use it for the Singapore – Frankfurt flight, not for Singapore – Frankfurt – Hamburg as I usually did. I ended up booking a separate flight with LH from Frankfurt to Hamburg.

Looking into testing before flying

Initially, I planned to do a blood test to see if I had COVID-19 antibodies. I called a clinic and they sent me an information booklet clearly indicating that if I did have antibodies, they would have to refer me to the national health centre and further tests might have to be done which could result in a short quarantine. I changed my mind, opting not to do the test.

Germany, in the meantime, had introduced swab tests at all major airports in response to the many travelers returning from areas with an uptick of cases. I thought I would just get that test done upon arrival in Germany.

Prior to my trip, I received an email from SQ informing me about a couple of airport procedures. They encouraged checking in online to minimize contacts. 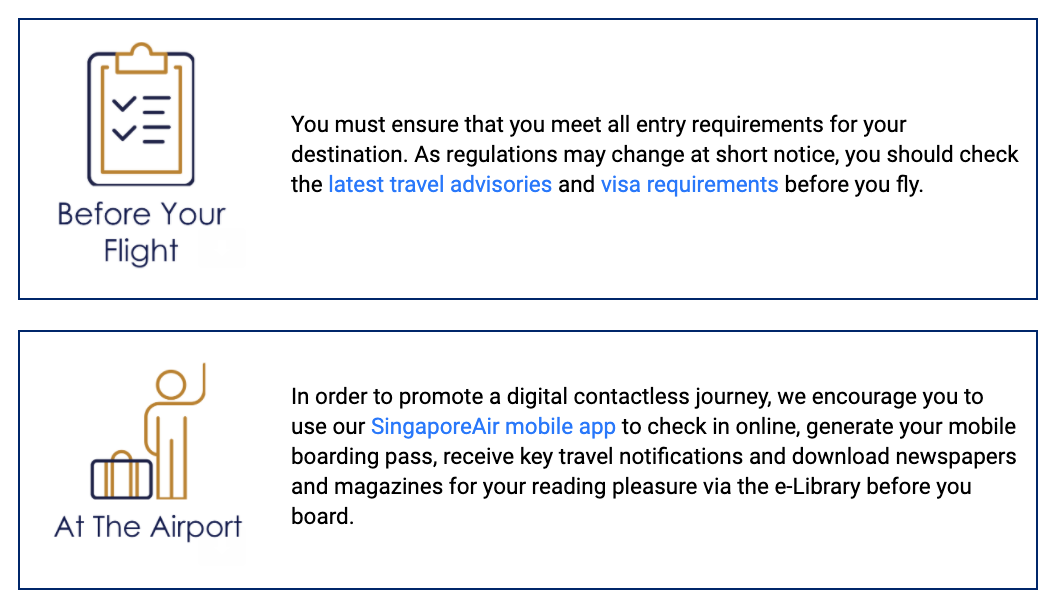 Checking in at Changi Airport 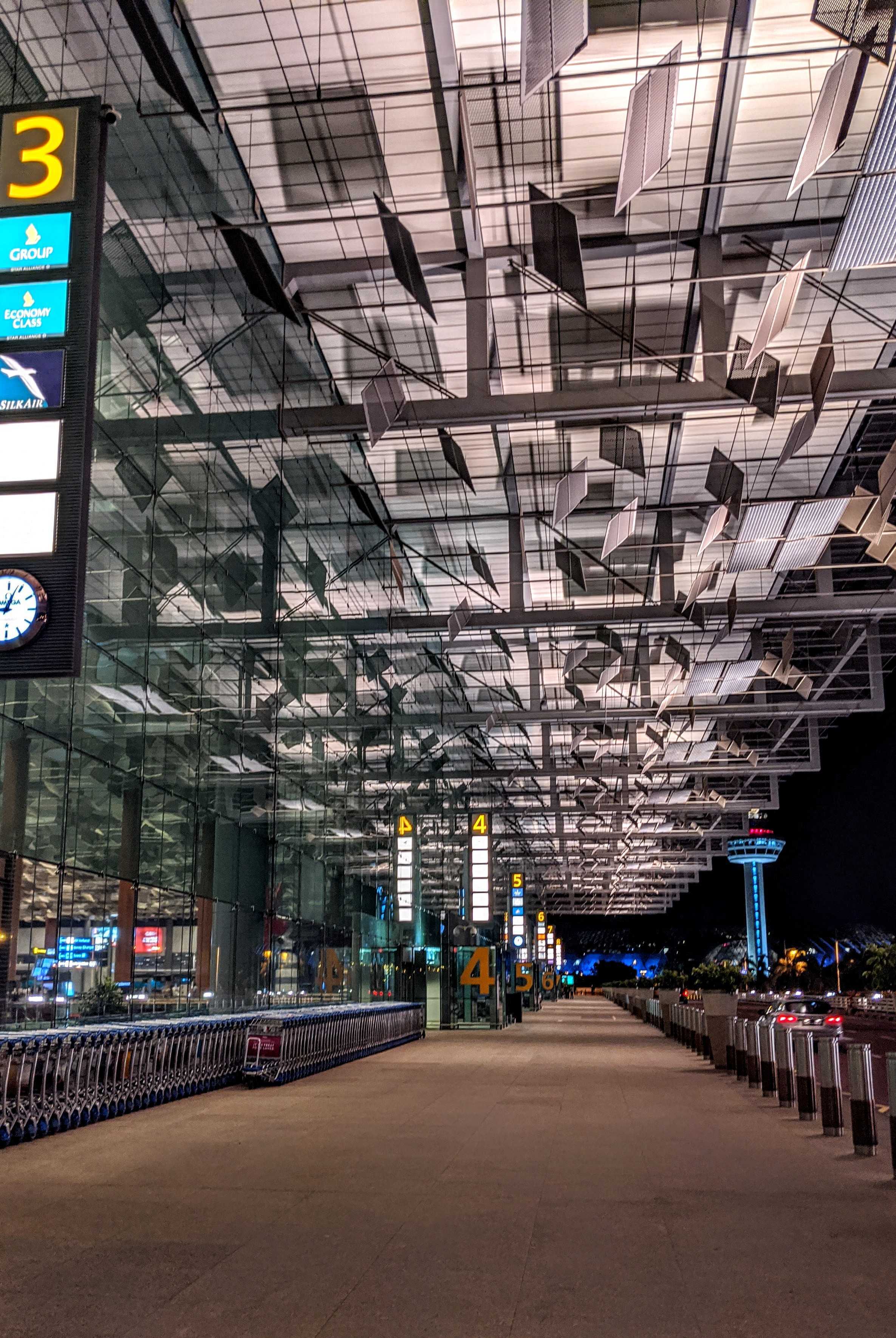 Checking in was quite normal, but there were only three of us in line and the airport was empty. It was truly depressing and provided a visual reminder of what COVID-19 has done to Singapore. 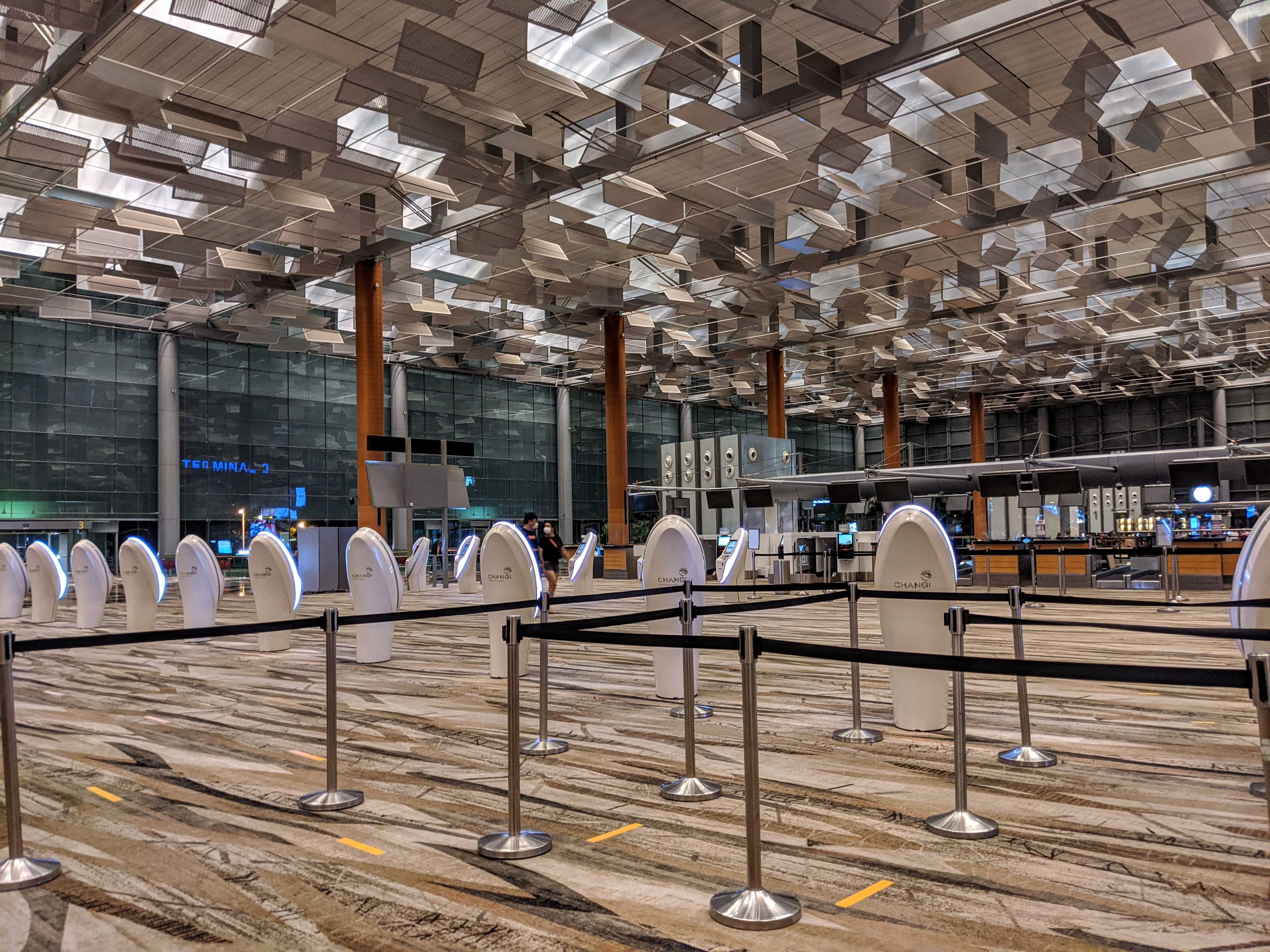 Immigration was touchless and no longer required a thumb scan; everything was facial recognition-based. Duty free shops were open but required scanning the QR code and temperature checking. Many other shops were closed but as far as I could see, some F&B outlets were open.

The usual procedures happened at lightning speed – families with children first, first and business class, Krisflyer members, etc. – as I was told that there were only 22 passengers on the Singapore to Frankfurt flight. 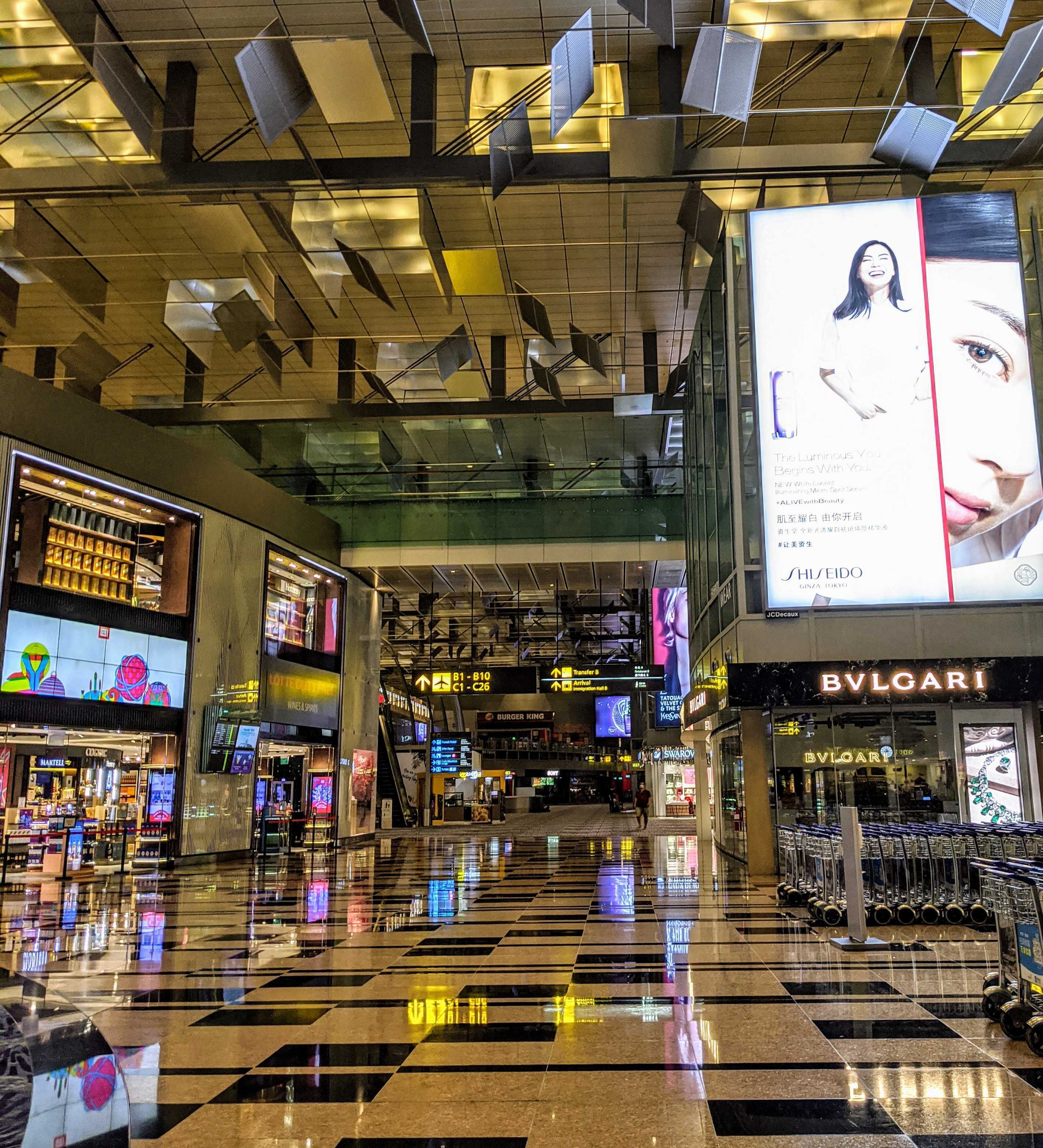 The plane was an Airbus and seemed to be quite new, it was certainly spotless. All of us economy class passengers were seated towards the front of the economy class section. I did not notice any transit passengers who would have been seated at the back of the airplane. There were no newspapers, no inflight magazine, and no on-board duty free sales. We did get a flight kit which mainly consisted of disinfectant wipes and a mask.

The flight crew wore masks and glasses and we had to wear masks at all times. I had a seat at the very front of economy class but the seat rests could not be lifted. When I requested to change the seat to be able to stretch out, I was allowed to, but the change was recorded for tracing purposes.

All in all, I felt safe on the flight and was not worried about catching the virus.Arrival in Frankfurt was standard, at least for me as a German passport holder. Frankfurt airport was not as busy as usual but certainly busier than Changi. It was summer holiday season in Germany and as some travel was allowed in Europe, many people were either jetting off for a vacation or returning home.As I had over two hours to my connecting flight to Hamburg, I headed straight for the COVID-19 testing center which was quite easy to find with clear direction signage in place. 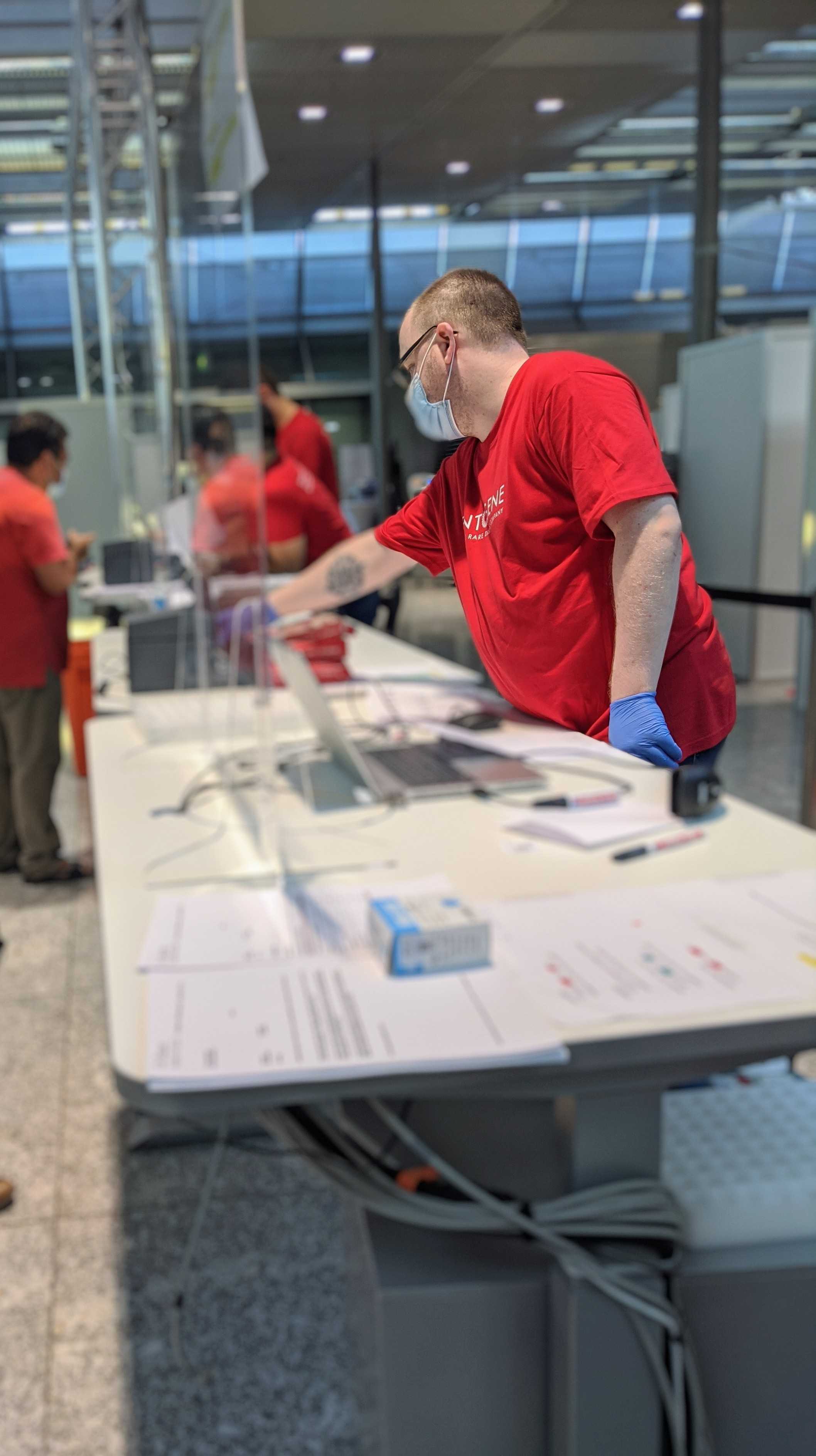 The test center was managed by a company called Centogene. The overall process was quite pleasant, except for when I had to register for the test at one of the computer stations where travelers and personnel were crowded together. But it was good to have assistance in case of questions about the testing procedure.

The procedure would improve two weeks later when I did the same test before flying back to Singapore; travelers were encouraged to register for the test on their mobile phones while observing social distancing.

Upon registration I was sent a QR code which was scanned repeatedly on my way to the testing booth. While I was initially told that I would have to pay for the test as Singapore was not on the list of countries where a test was required, the test somehow turned out to be free after registration.

I was a bit apprehensive as I heard stories about the painful nose swab but it turned out to be a throat swab, very carefully done and not painful at all. My QR code was scanned again and I was told that I would get the test results within 24 hours.They arrived, in fact, not more than 12 hours later and were fortunately negative.

The connecting flight to Hamburg was uneventful and the flight was maybe half full. Drinks were not served but we got disinfection wipes and a bottle of water. Exiting the plane was a bit different as we had to be seated until our rows were called.

Pre-testing in Germany before heading back to Singapore

While in Germany, I did three swab tests, the first two assured me that I was quite safe to visit my mother and a third test at Frankfurt Airport shortly before my departure to Singapore.

Shortly before my departure from Germany, I received information from a friend in Singapore that home quarantine no longer applied for travelers returning from Germany as there’s an uptick in COVID-19 cases. This meant I would need to quarantine at a hotel and paid SGD2,000. Information changed fast just like that and I begrudgingly had to adjust my plans upon arrival.

That said, I felt pretty lucky I found out about the status change early as I imagine some travelers might’ve only been informed upon checking in for their flight to Singapore.

Arrival in Singapore was rather normal. Obviously, there were no queues at the immigration counter. After we went through customs we were directed to a fenced off area. We were then informed about the hotel we would serve quarantine at and asked to wait for the bus.According to SHN policy, travelers are not allowed to choose the hotel; they would be randomly allocated.

Initially in the first few days, I was assigned to quarantine at Hard Rock Hotel, which was not the most pleasant experience. While the room did have a window, it could not be opened and I had no way of getting fresh air.

I knew I was in trouble as I’m slightly claustrophobic and a feeling of panic had set in. To change to another hotel, I had to obtain a doctor’s certificate and afterward, I was moved to the Rasa Sentosa where I got a room with a balcony.

Spending almost two weeks at the Rasa Sentosa was certainly not a disaster but not being allowed to leave the hotel room for such a long time was still a challenge. 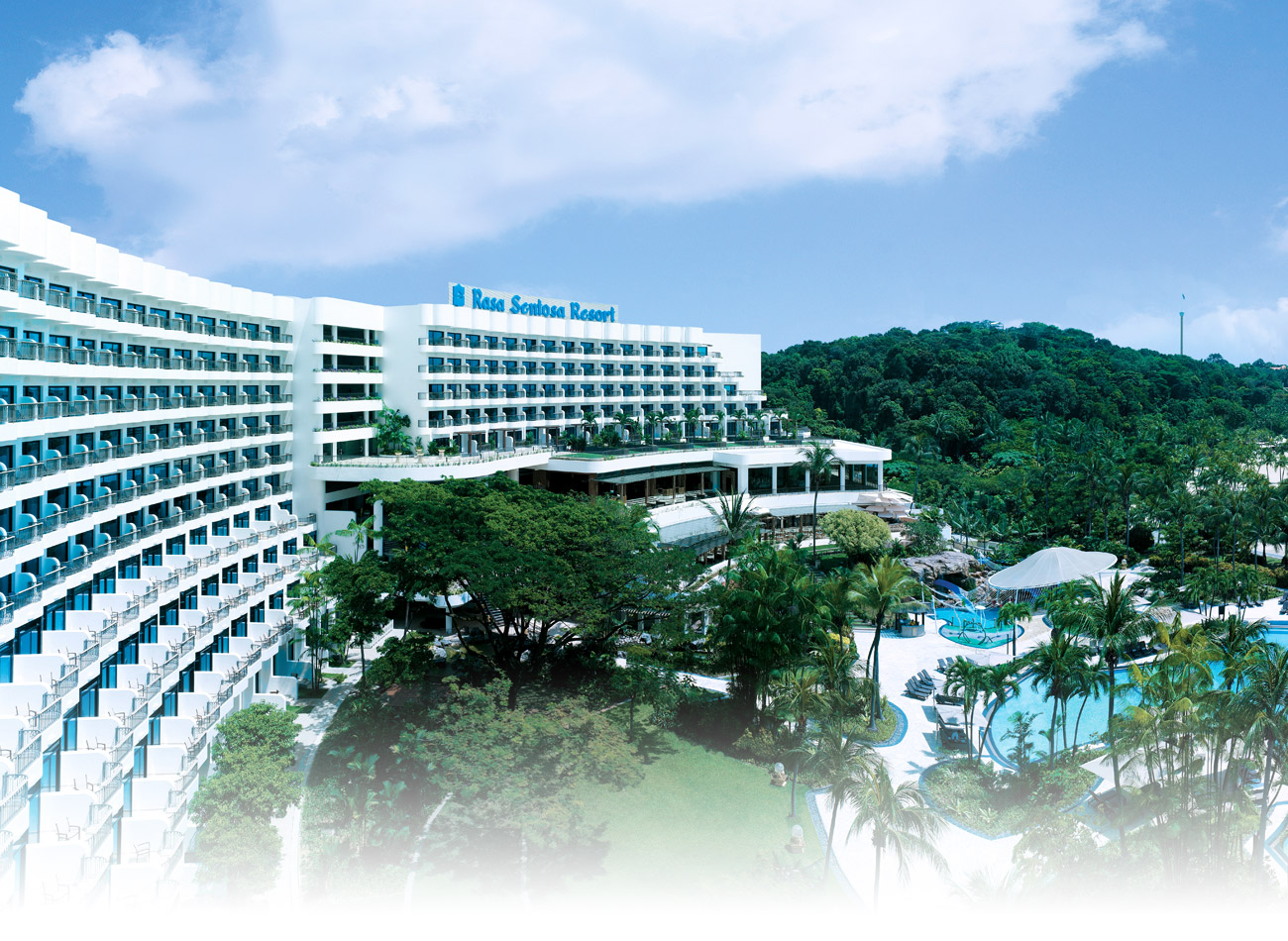 While a lot of the SHN services were standardized – meals were delivered 3 times a day on plastic dishes, nothing was allowed to leave the room or it was disposed off, towels were changed every three days, etc. there were different touches and treatment toward SHN guests depending on the hotel.

The Hard Rock Hotel did not offer any room service and any delivery from an outside vendor took up to 45 minutes to reach my room. Meanwhile, the Rasa Sentosa offered room service and outside deliveries had no problem reaching my room promptly.

Here’s a typical SHN quarantine day for a Singapore PR:

While all of this provided some distractions, it also left me frustrated, at times feeling like a prisoner. I had never been treated like this before and never been confined in one space for such a long time. I did hear, however, that there actually were some people who broke out of the quarantine confinement.

What impressed me very much was the consistently friendly attitude of the people on various hotlines who had to deal with my many complaints. They were professional and very patient, and I was grateful for that. 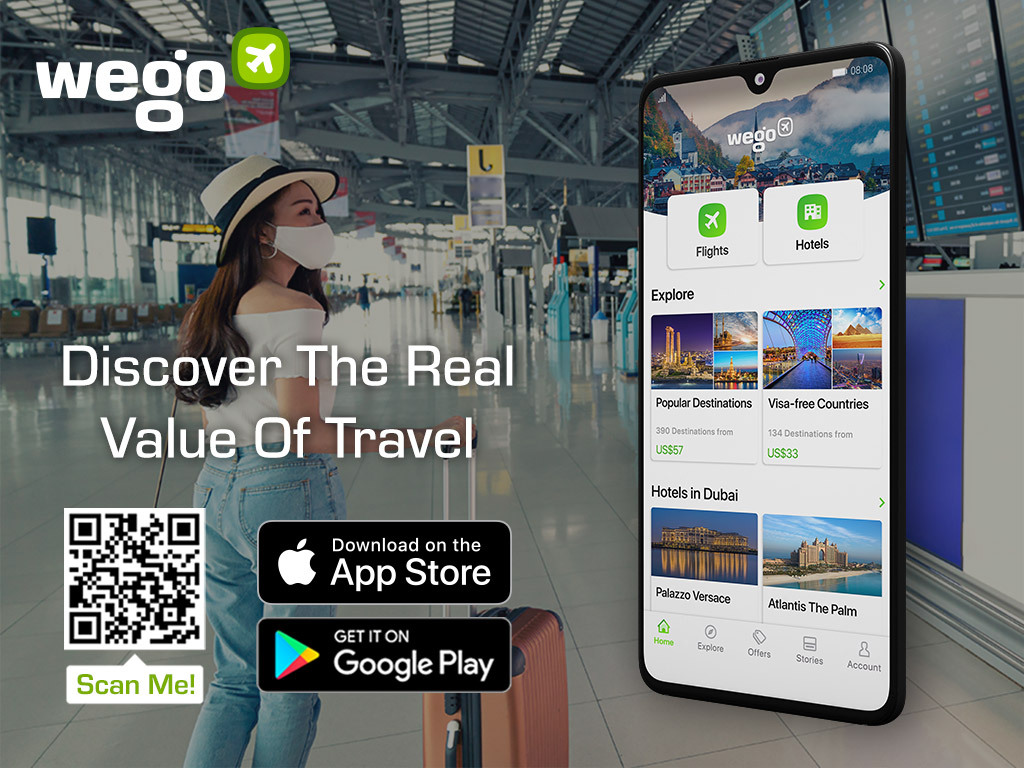