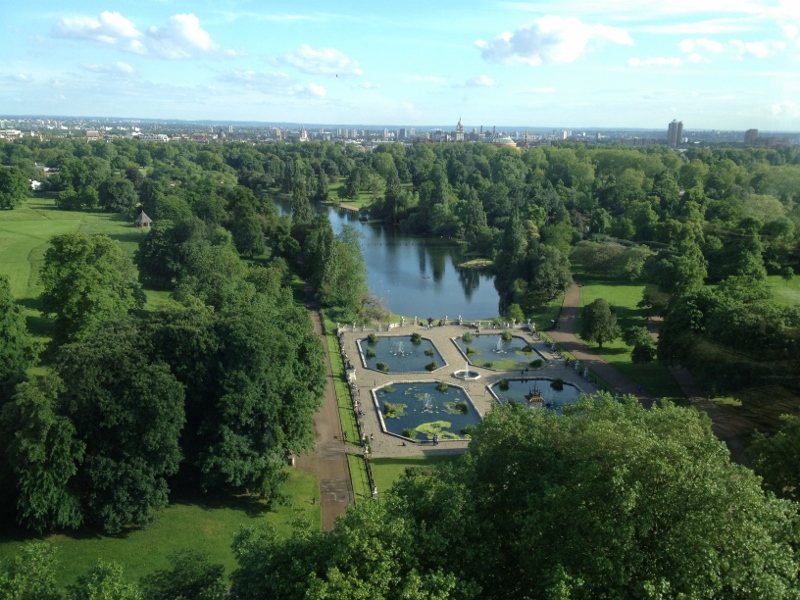 Life is Suite in London

London is in a jolly good mood and so am I. The sun is shining both literally and figuratively upon the English capital, which is finally shrugging off the Global Financial Crisis and the last remnants of winter. And the sun is shining on me too, having just checked into the Lancaster Hotel, opposite Hyde Park. 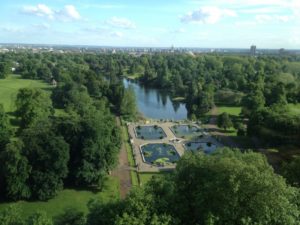 View from the Lancaster over Hyde Park

There’s even more cherries on the cake today, as I’m catching up with an old Singapore mate, an ex-Londoner and now Geneva-based Murray, who I haven’t seen in two years. We’ve got just 24 hours and Murray arrives in his trademark flurry of excitement into which I am instantly swept. I’ve been upgraded to the luxurious Lancaster Suite ”“ used by the hotel’s Thai owner when he’s in town ”“ and which peers down over Hyde Park. You can see London’s most famous green space from the cavernous lounge room, the spa bath and even the toilet, and the London Eye from my bed. So lovely is this room, it seems almost criminal to leave.

And even more impressive, in a city probably better known for its pollution than being lean and green, this hotel is ardently eco-friendly, boasting a range of impressive environmental initiatives which include:

Like English aristocrats (well maybe one and a convict mate), Murray and me sip tea while we catch up on the past, plot fantasy-filled futures and plan our day ahead in the city in which I first arrived 20 years ago as a backpacker. But it was not the likes of the Lancaster for me back then, but the Oxford Street Youth Hotel, and I still get a buzz wandering along one of London’s best shopping streets all these years later, catching ghost-like glimpses of my younger self in the reflections of familiar buildings.

Our Monopoly-board adventure continues down to Piccadilly Circus for lunch, Murray’s marathon legs 10 paces in front of me as I plead with him to slow down. It reminds me of our Singapore Sundays, where we’d meet and spend the day exploring the sticky city, jumping on random boats, searching for beaches, and like many expats I suspect, daring to dream of what we’d do next when we left south-east Asia. But it’s not Singapore but through Soho we trek this day, and on to Covent Garden, grabbing a bar and a beer just in time to escape a typical London downpour. Then we step off the board, and across the River Thames to amble along South Bank, check out the theatre listings, snatch another brew, fly through the Tate Modern, before heading back across the river towards St James Cathedral.

The whole day we’re chatting, scheming, laughing and in my case, limping along, by now my dress boots proving unsuitable for the pace and length of London we are traversing. But on we march towards East London and Brick Lane for its famed Indian restaurants. We could do anything this Saturday night in one of the world’s most exciting capital cities, but after eight hours of walking, blistered feet and some weeks of travel for both of us, we concede defeat and head back to my suite.

Like a comfortable old couple we lay on the couches, drink wine and watch the Chelsea Flower Show on TV before Murray falls asleep on his assigned couch and I retreat to the bedroom. A swift goodbye early the next morning and Murray is off to Geneva, the only evidence of his stay the scent of his cologne in the bathroom which lingers like a bittersweet moment. It’s both the curse and the blessing of the passionate traveller, who gets to meet so many people around the world, only to say goodbye to them again, not knowing when or where in the world we might meet in the future. Several hours later I, too, reluctantly leave my sweet suite and head to the airport, this time bound for Stockholm buoyed by old faces, old places and magnificent new memories. Till we meet again.

The Global Goddess was a guest of the Lancaster London.