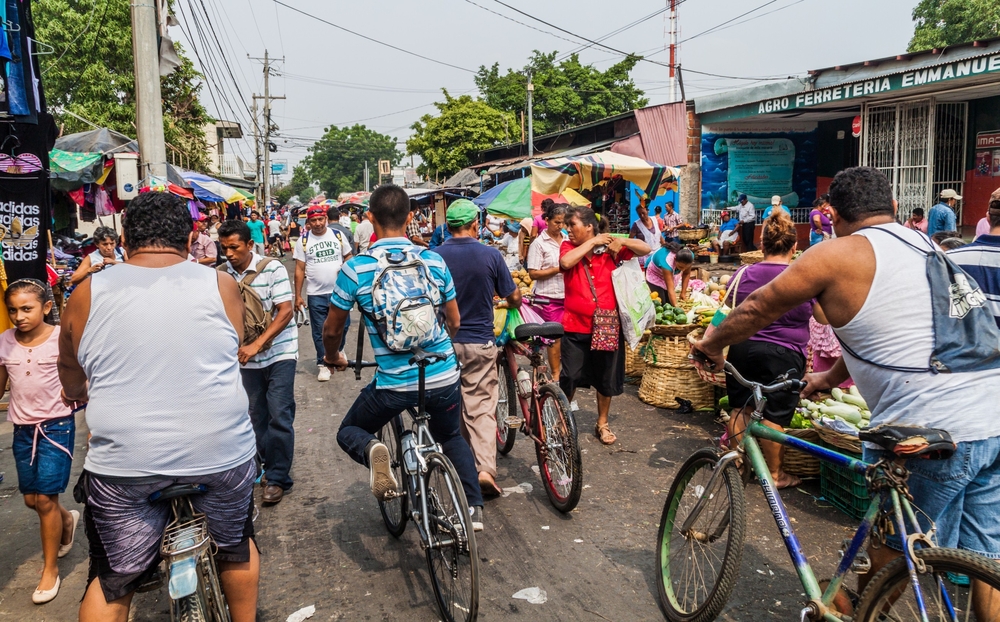 My Eye-Opening, Endlessly Fascinating Years Living Among the Locals in Nicaragua

Some people travel to eat incredible food, some to experience amazing sights; for others still it is all about the history and architecture, the idyllic beaches or perhaps the chance to do something which would never be possible in their own back yard.

All of those elements have been present in my own global meanderings of the last 16 years but more than anything my travels have been led by a passion to experience different cultures. 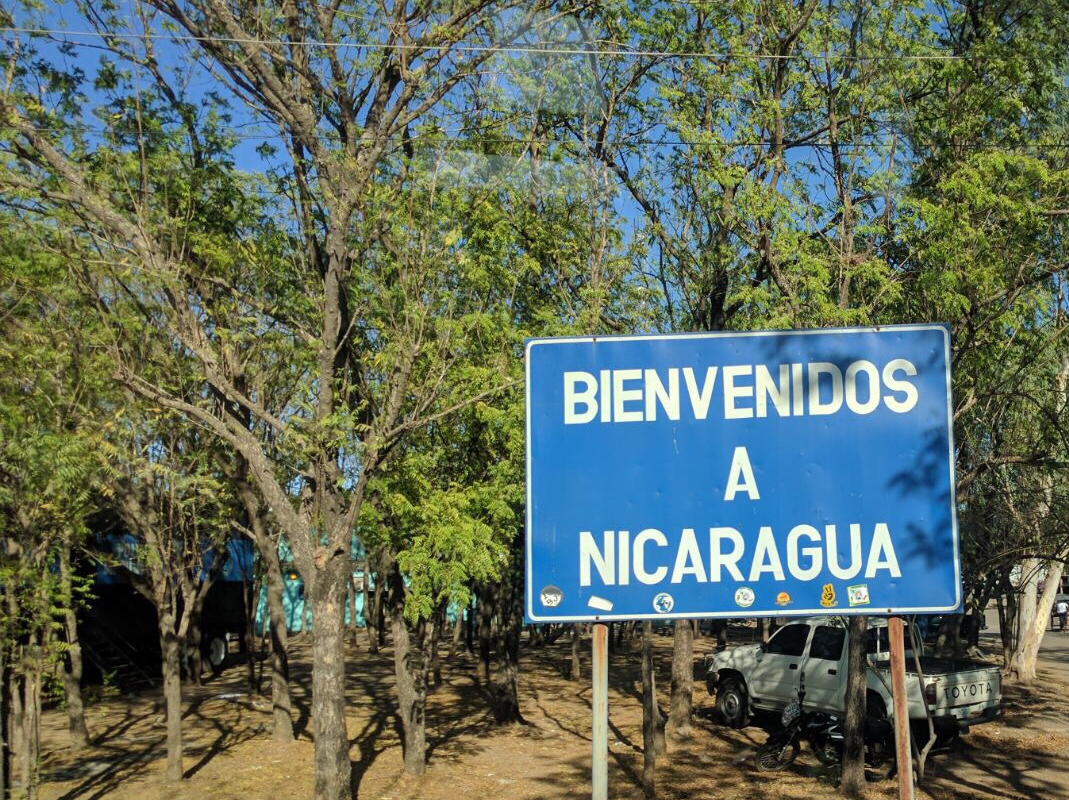 In this quest I have been frequently enchanted, occasionally bemused and, yes at times, even appalled by the sights I have seen but all of it has been fascinating.

In constantly moving from place to place it is sometimes only possible for me to see what lies on the surface although of course that surface can be liberally sprinkled with the exotic, the unfathomably alien and deliciously exciting.

But now I have a window onto a different world after having paused in Nicaragua for what is now 3 years. In swapping hostel rooms for homes in Nica barrios, living among locals and sharing their failures and triumphs, some of the cultural subtleties and nuances which are not typically part of the tourist experience have been revealed to me.

How much I have to learn. Thanking a driver who has stopped to wave me across the street with what, for me, is a typical hand gesture of gratitude my Nica friend informs me this will have been seen as both arrogant and abrupt. Really?

On the other hand, while I find it rather demeaning to try and attract the attention of someone with a sound which a Brit would reserve only for beckoning animals, for him this is perfectly normal and polite. I also think it is rude to walk into a shop and say ‘give me’ without a please or a thank you but he doesn’t and neither does the shop-keeper. 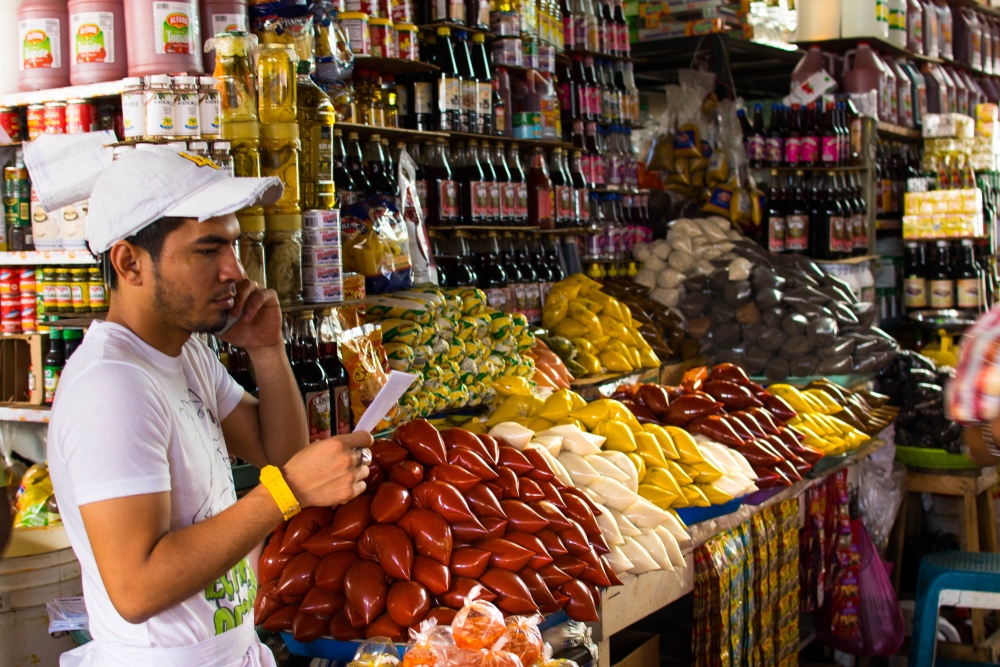 So, not only have I had to get to grips with Spanish I have also had to learn yet another foreign language of hand gestures and body language. There are hundreds of these. ‘Come here’ is always done with the palm down, smacking the elbows implies a person is tight with their money and the strangest one of all for me – pointing with the lips. The first few times this happened it looked like someone was blowing me a kiss – how wrongly I could have translated that one.

There is also the wink. This is used to signal to friends or family that what I am about to say to this third person is a heap of fabrication.

Which leads to another interesting cultural nuance – lying. I was raised in a society which taught me telling lies was bad but here it is not considered a personal failing or even an abuse of trust but simply an expected part of everyday life and something everyone does.

Hmmm… Still struggling with that one. 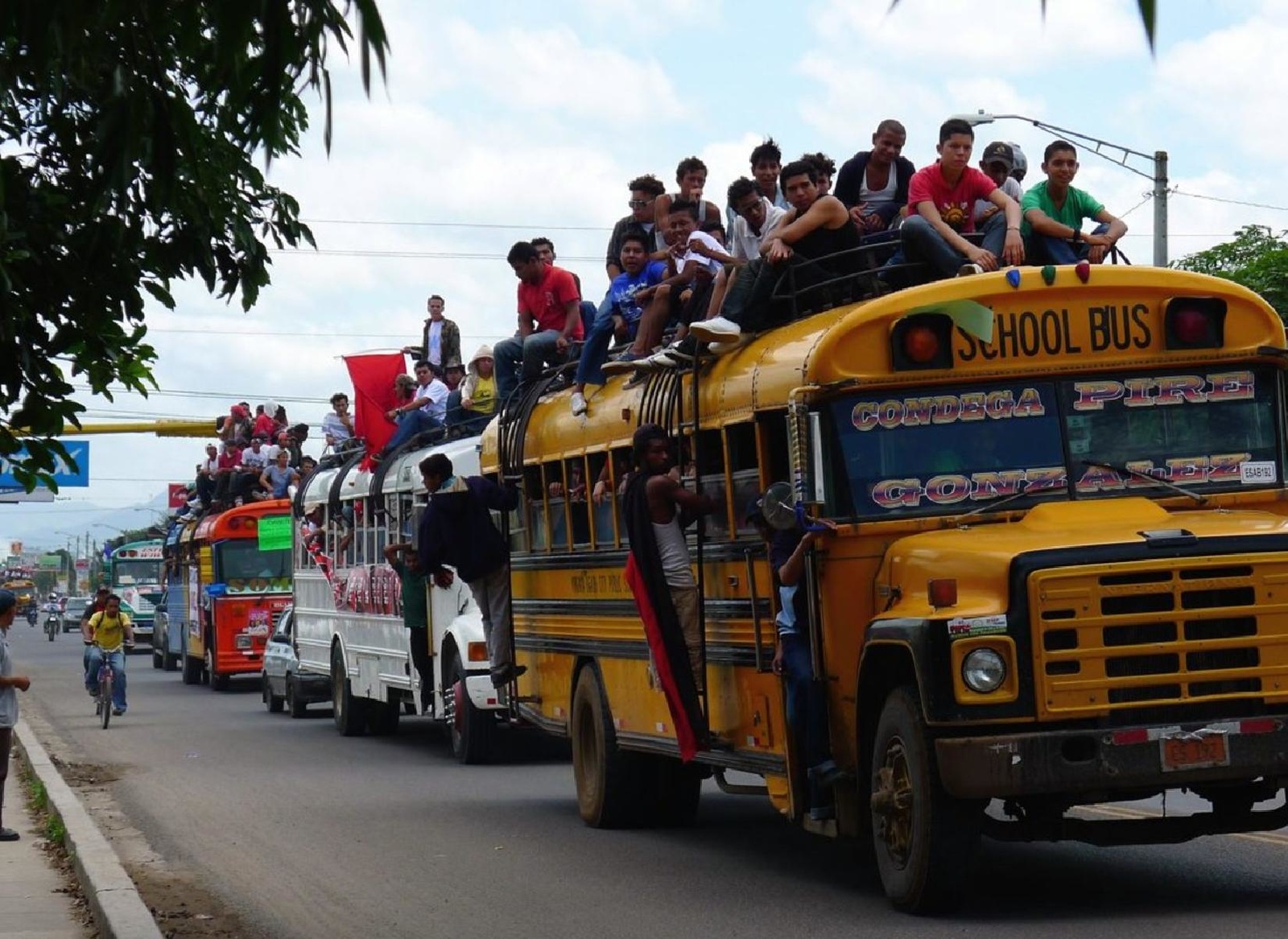 I have however learned to say goodbye instead of hello as I pass an acquaintance on the street, that riding in a taxi is always a shared experience (sometimes with as many as can physically fit inside), how to avoid electric shocks in the shower and that when Nica friends come to my house helping themselves to the contents of my fridge is perfectly acceptable. This works because I am expected to do the same when I visit them. 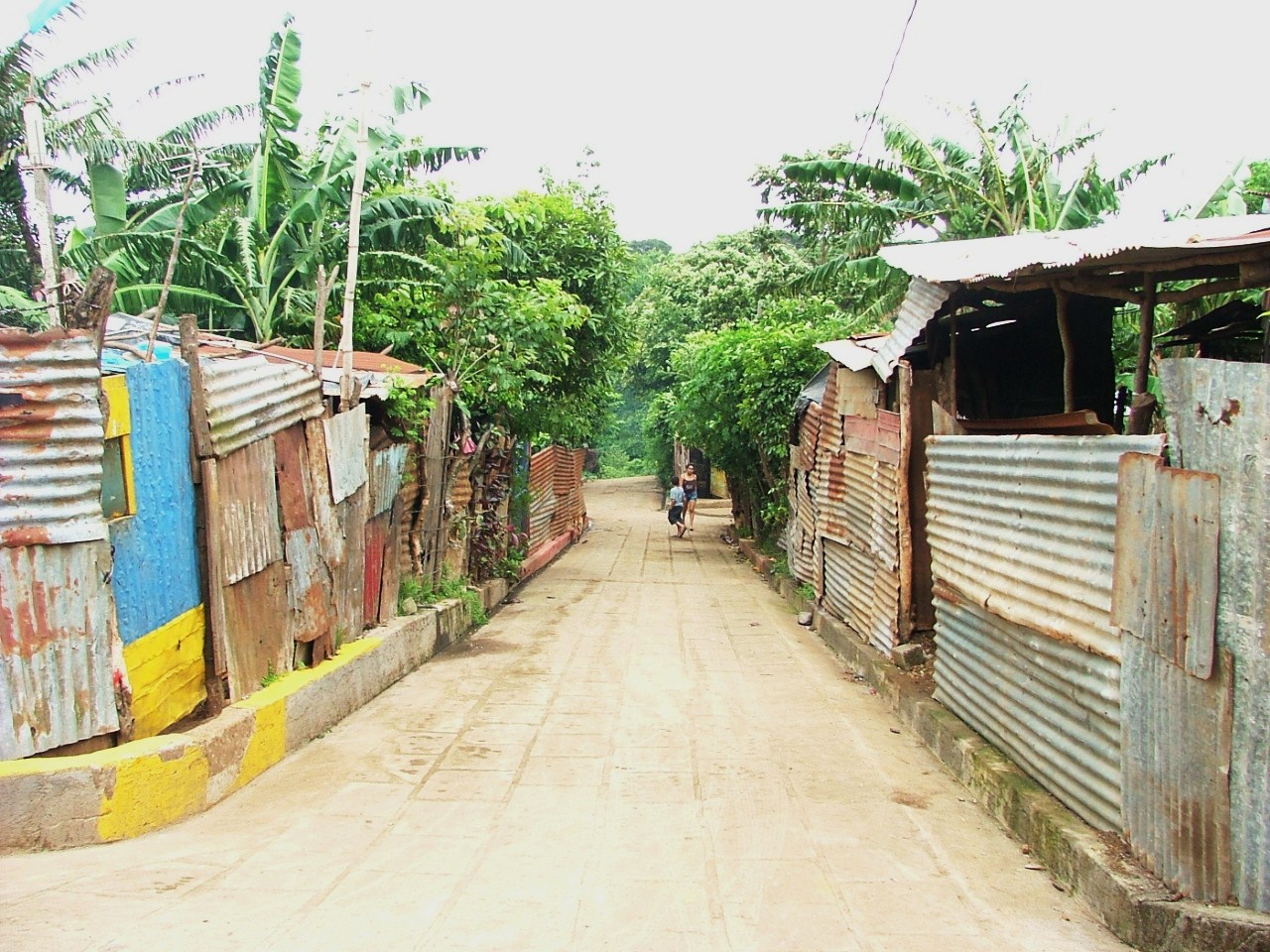 Voluntary and generous sharing of food is often an element of poor cultures and Nicaragua is poor – the second poorest Central American nation after Haiti. Country visitors often fail to see this deprivation as they only experience the shiny tourist-polished centres of cities such as Granada and Leon. However, stray a little way into the barrios and you will find dirt floors, corrugated tin roofs and unpaved streets which become impassable quagmires in the rainy season and are choking dust bowls the rest of the time. 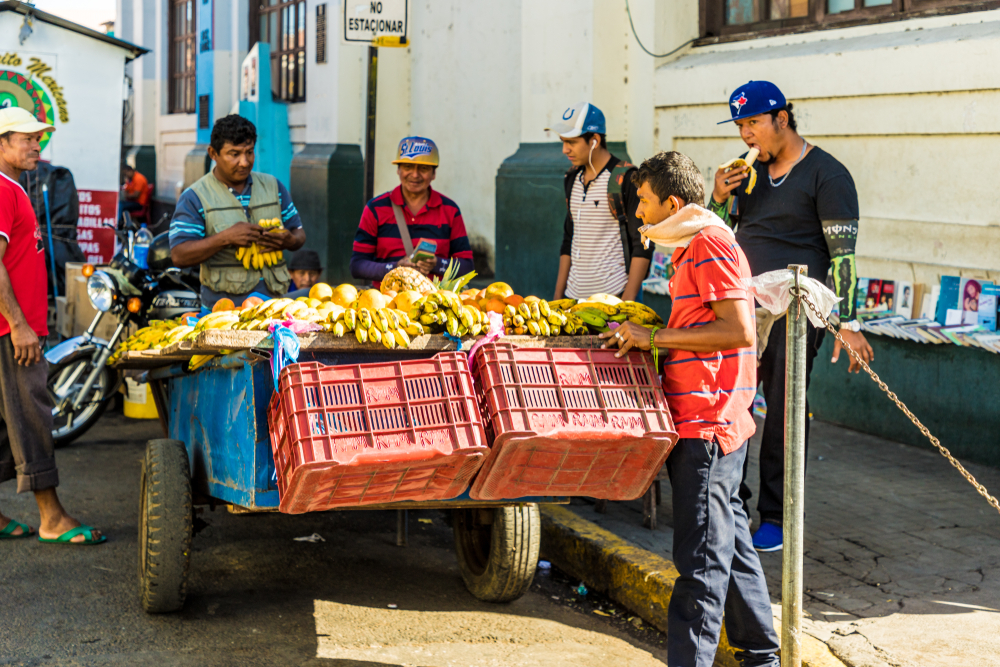 Poverty of course also dictates culinary practices. I have to confess to becoming thoroughly bored with gallo pinto – the ubiquitous rice and beans dish of Nicaragua – after a few weeks but for many Nicas this is breakfast, lunch and dinner, their whole life. It is the cheapest way to keep the family fed and where food is concerned nothing here is wasted.

If a fish soup is made this is not typically going to be filled with choice fillets but all of the fish – head, entrails and all – and everything except the bones will be eaten and enjoyed. 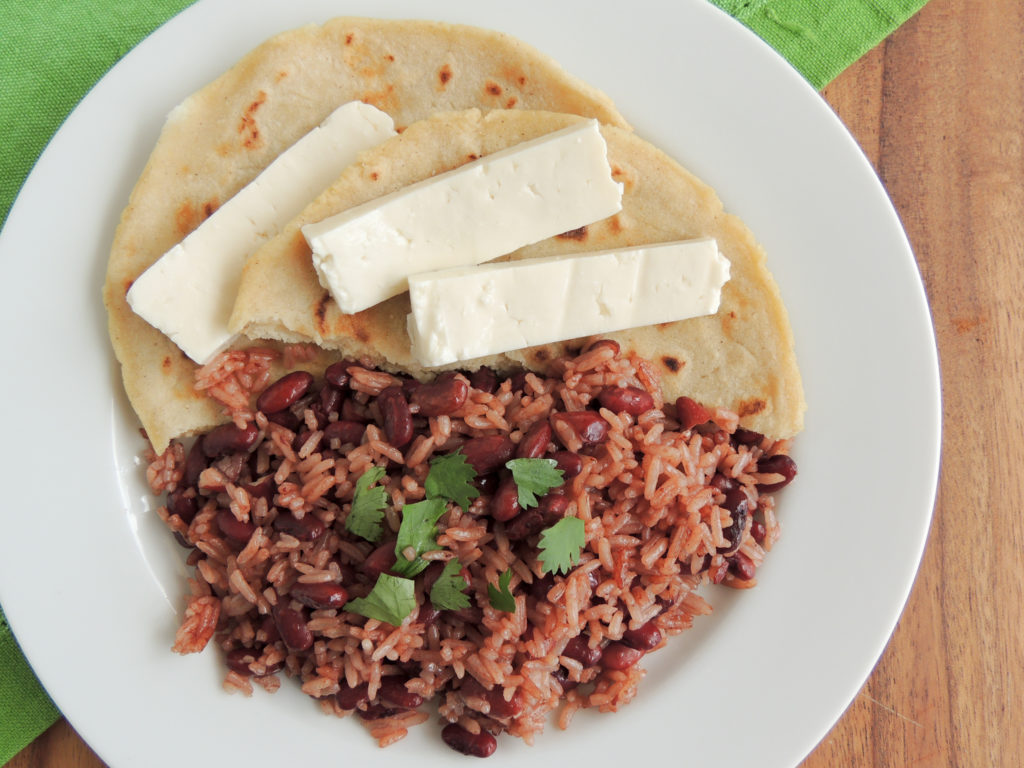 Gallo pinto – what many Nicaraguans eat at every meal © casablancacooks.com

On the subject of poverty I was taught a lesson very early on in Nicaragua. I asked a female acquaintance why she went to the market every day when in order to fit in all she had to do in 24 hours – shopping, washing clothes, cooking, cleaning and going out to work – she had to get up at 4am.

Wouldn’t it be better to get everything you need say, once a week? I asked her. She then explained to me she had no fridge to keep things fresh in the tropical heat. Even if she could afford to buy one (unlikely) she couldn’t afford the electricity it would cost to run it. Humbling. 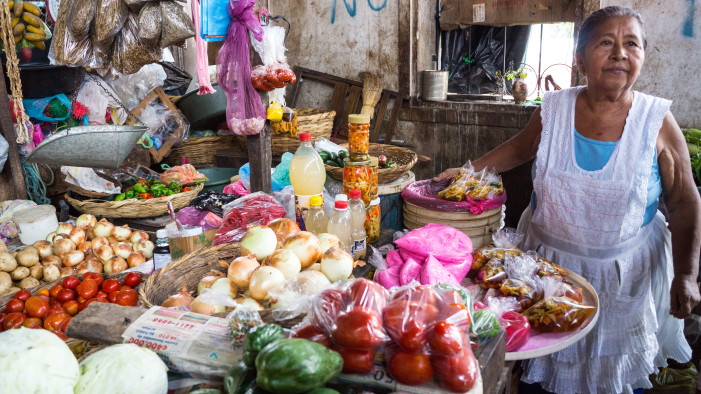 Economic status of course dictates so many things here in Nicaragua which seem strange to me but are perfectly normal for Nicaraguans. Like the practice of piling the entire family onto a scooter. Dad drives, the child old enough to stand is perched on the footplate holding onto the handlebars, a toddler clings onto dad’s back while mum with a babe in arms is riding (sometimes side-saddle) at the back.

There will typically be one crash helmet (or none at all) between the entire group. There may even be a dog, chicken or huge length of piping in the mix too. Of course a scooter is a luxury. For the majority the most common form of transport besides walking is a push-bike which also tends to be a ride for more than one person.

Family females – from tiny tots to ancient grandmas – perch side-saddle on crossbars as fathers, brothers, lovers and husbands pedal and although they all look as if they were born to it let me tell you this is not a comfortable ride.

There is so much more which is still alien to my British eyes even after 3 years. The fact that entering a small pulperia to buy milk during tele-novella time may result in me having to wait patiently to be served until some on-screen female, crying hysterically, has stopped yelling at her lover.; to interrupt this drama, to which all eyes are glued, would be sacrilegious. It still fascinates me that locals can sit in a rocking chair outside their houses, doing nothing for hours, without getting bored; how nobody bats an eyelid as some squealing pig is carried through the streets or an unaccompanied horse or cow strolls through the centre of town. 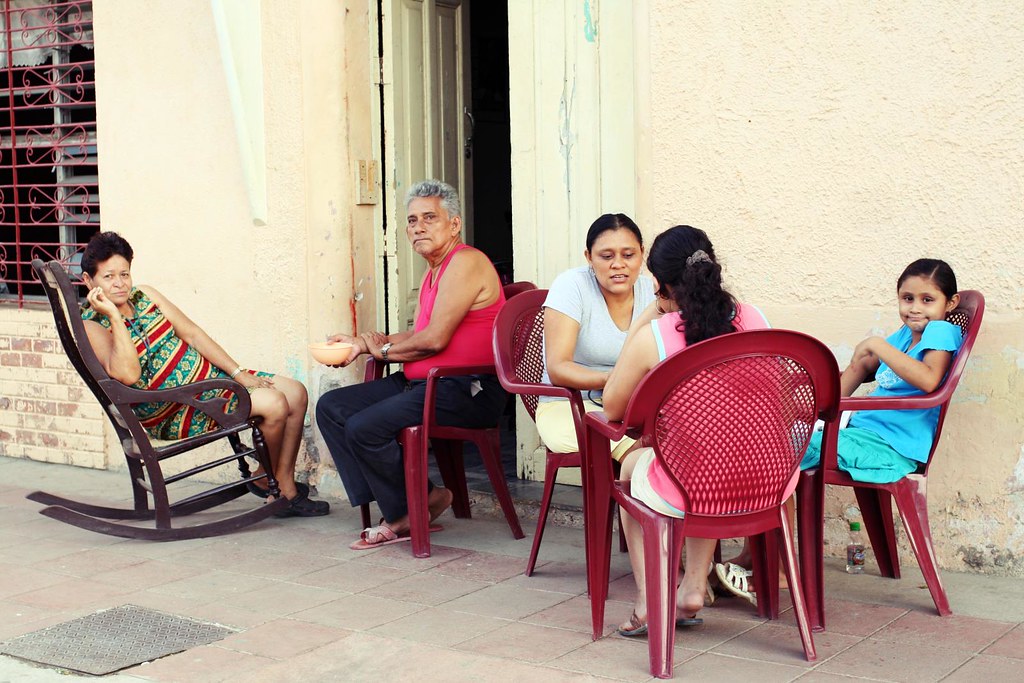 The regular practice of parading holy statues through the streets on platforms so huge it takes a multitude of people to lift them will never cease to attract my attention. 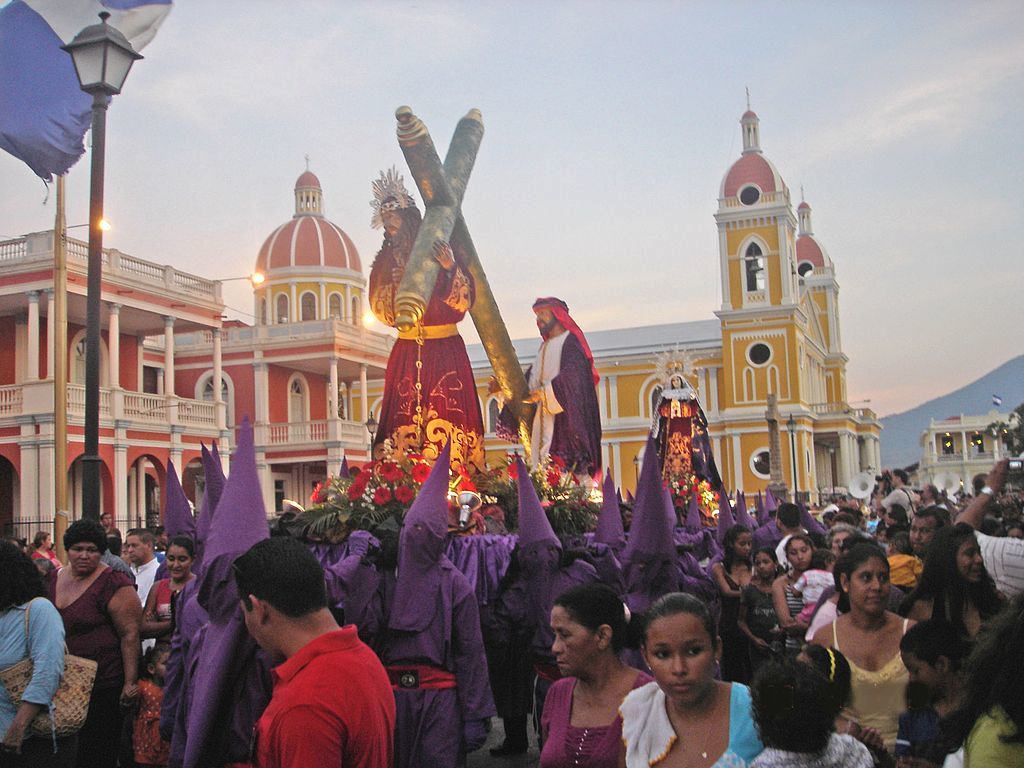 One of the regular religious processions in Nicaragua

I am also not sure I can ever be completely blasé about going without electricity or water (or both) for whole days but at least I have learned that I am presenting myself as a bit of a princess if I suggest this is a hardship.

It is also, it would appear, unreasonable of me to be upset if a dear friend arrives two hours (or more) after the time we arranged to meet. All of these and so much more I am learning to adjust to. 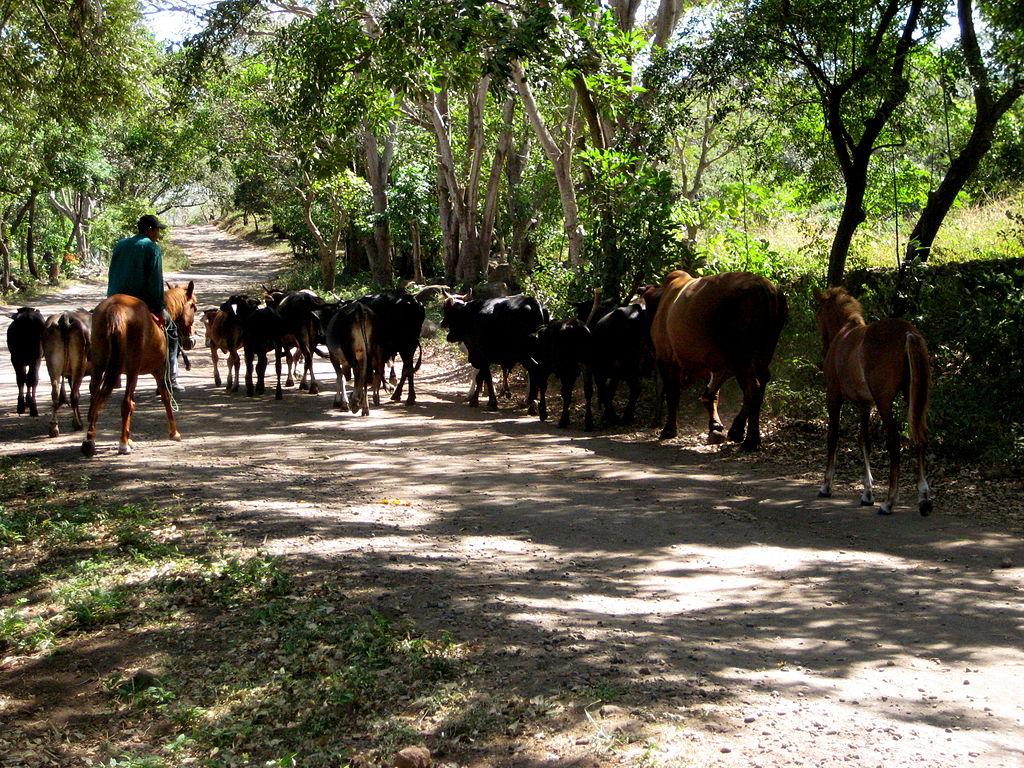 I will not lie. Living in another culture and surrounded by different values is hard and at times I have been challenged to the extreme limits of what I can endure. I can try to respect everything, to a point – after all I am choosing to live here – but fully accepting and liking every aspect is perhaps not possible. And anyway, I don’t do that in my own culture so why would it be any different here.

But of course there is a flip side to that coin. Living here, as I do among the locals, there have been times when I have been so very humbled, been led to question my own attitudes and been shown levels of patience, fortitude and positivity in the face of hardship which my own culture could learn a great deal from.

Thank you Nicaragua for all those lessons. 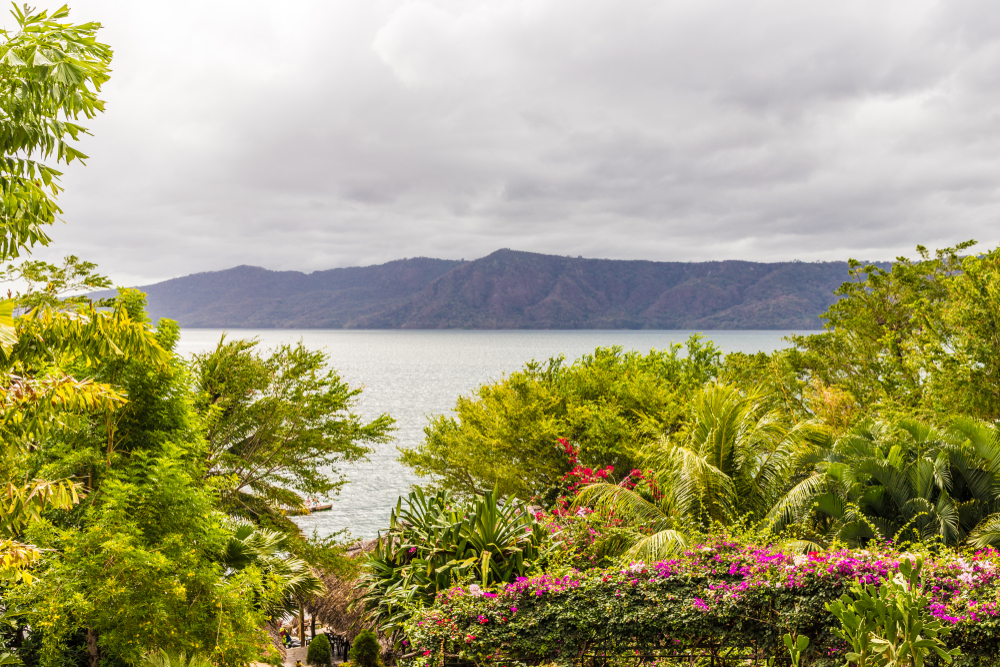