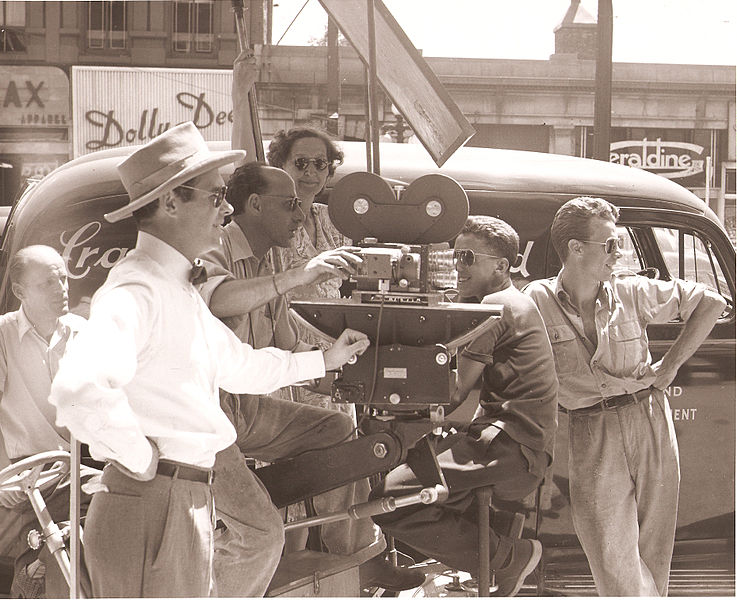 Remember the opening scene of Jurassic Park where the helicopter flies in over magic oceans and dramatic mountainous jungles? Most of those lush locations (minus the psychotic dinosaurs thankfully) were filmed on the Na Pali Coast on one of Hawaii’s most beautiful islands, Kauai.

Films allow us to be time travellers, they let us peek inside someone else’s head and also showcase some of the best destinations in the world. Inspired by the magic of motion pictures we decided to look into some of these locations, some you may know, some you may have never realised existed. 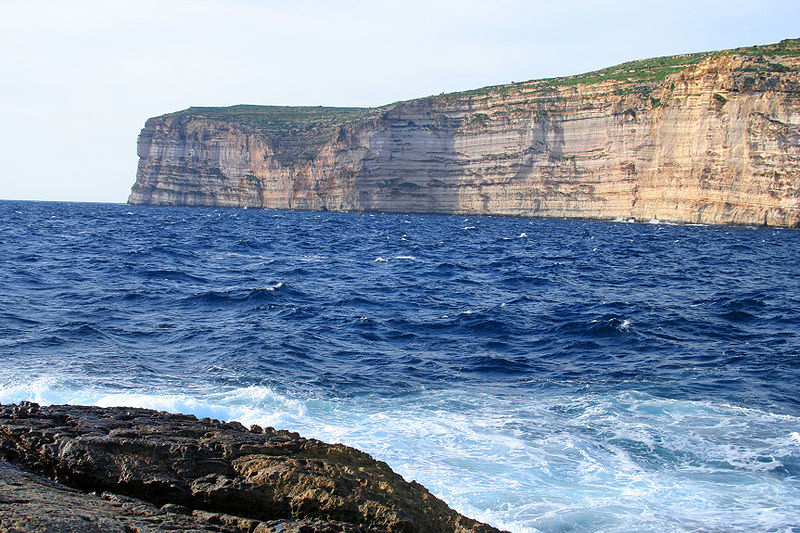 Site of the Dothraki wedding in Game of Thrones, the dramatic cliffs of Gozo, Malta

Adapted from the fantasy novels by George R. R. Martin the popular series certainly gets about maximising atmospheric locations that cross Europe and the UK. Northern Ireland has featured prominently with locations including dramatic spots in the Mourne Mountains (Vaes Dothrak), Castle Ward (Winterfell) and Tollymore Forest. The pilot episode was shot in Morocco and much of the first season featured Malta as a backdrop. King’s Landing was filmed in the city of Mdina and the Dothraki wedding site was shot on the island of Gozo.

During the second season the production selected Croatia as a backdrop, with Dubrovnik perfectly mirroring an ancient medieval city, and scenes ‘north of the Wall’ were shot in Iceland.

It’s estimated that filming in Northern Ireland has contributed around £65 million to the country’s economy with Iceland, Dubrovnik, Croatia and Ouarzazate in Morocco all reporting notable increases in bookings following their locations appearing in Game of Thrones.

Who better to inspire us to travel than he who never sat still, F Scott Fitzgerald. Dashing between New York, France, Switzerland and much of the United States while penning some of the world’s greatest literature. The writer embraced the heady, jazzy and glam days of the mid 1920s and shared his experiences, creating his characters based on those around him, through his books. Along with Baz Luhrman’s recent release of The Great Gatsby renewed interest in the many hotels Fitzgerald and his wife Zelda famously ‘reviewed’ on their travels is emerging as they lived a dazzling life in some of the world’s most distinguished destinations.

The Fitzgerald Suite at The Plaza, New York

New York’s Plaza Hotel is one of the novel’s most famous properties and features heavily in the film. The hotel now has dedicated a piece of themselves to the Fitzgeralds – the Fitzgerald Suite drips in lavish art deco, photos of the famous couple alongside the film’s cast adorn the walls, there’s even gramophone inspired iPhone speakers. You can also don your best flapper dress or Oxford bags and suspenders (for the men)  and head to the Rose Club Lounge for jazz and cocktails during Gatsby Hour.

You would be possibly astounded at the enormous list of films made in Morocco. Some of the world’s most revered directors including John Huston (The Man who would be King), Martin Scorsese (The Last Temptation of Christ), Oliver Stone (Alexander) and Ridley Scott (Black Hawk Down, Kingdom of Heaven, Body of Lies) all selected Morocco as locations. 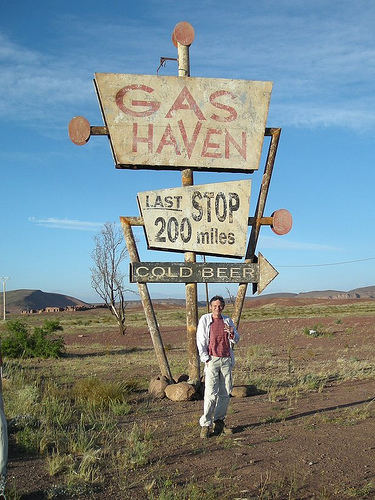 Remains of a prop beside a desert road in Morocco. Image: jules bywater-lees

As a result the country has a substantial number of quality local film crews, experienced technicians, production services and support teams making it a favourite choice among film makers. Morocco’s diverse landscapes including the colourful Sahara, extremities of the Atlas Mountains and exotic beaches that can double for many other places in the world.

Many of the scenes in The Mummy weren’t filmed in Cairo as you may expect but rather in Marrakech’s traditional souks and bustling alleyways. The nearby Sahara desert is immortalised in films such as Lawrence of Arabia and Jewel of the Nile, while Tangier’s streets in the Medina Quarter doubled as Mombasa for the film Inception and Casablanca featured in Syriana.

Ouarzazate plays Afghanistan in the Bond movie The Living Daylights and the exotic town of Ait Benhaddou is used quite often by film makers also used for Lawrence of Arabia and Gladiator. The Atlas Film Studios were built in 1983 and you can take a guided tour of the studios and see some props and left over sets from some of these popular movies.

It’s no secret that New Zealand has become one of the most popular new filming locations in the world today with such stunning natural locations made famous now by the Lord of the Rings trilogy, The Hobbit, The Chronicles of Narnia, even The Last Samurai. 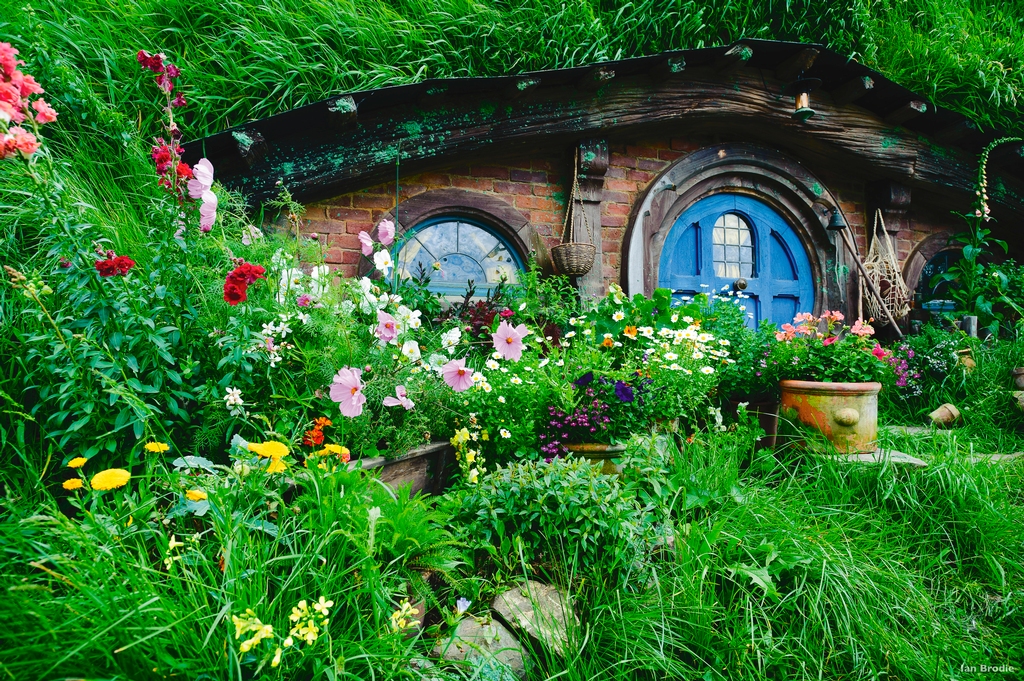 Over 150 locations were used in The Lord of the Rings (LOTR) and winding your way through this beautiful country to see them is a brilliant method of experiencing the ‘Land of the Long White Cloud’. The country has established a fantastic network of guides and tours that allow you to envision the scary bits of Mordor by trekking the Tongariro Crossing, the fortress of Isengard in Glenorchy (near Queenstown) and the beautifully created village of Hobbiton near the town of Matamata. 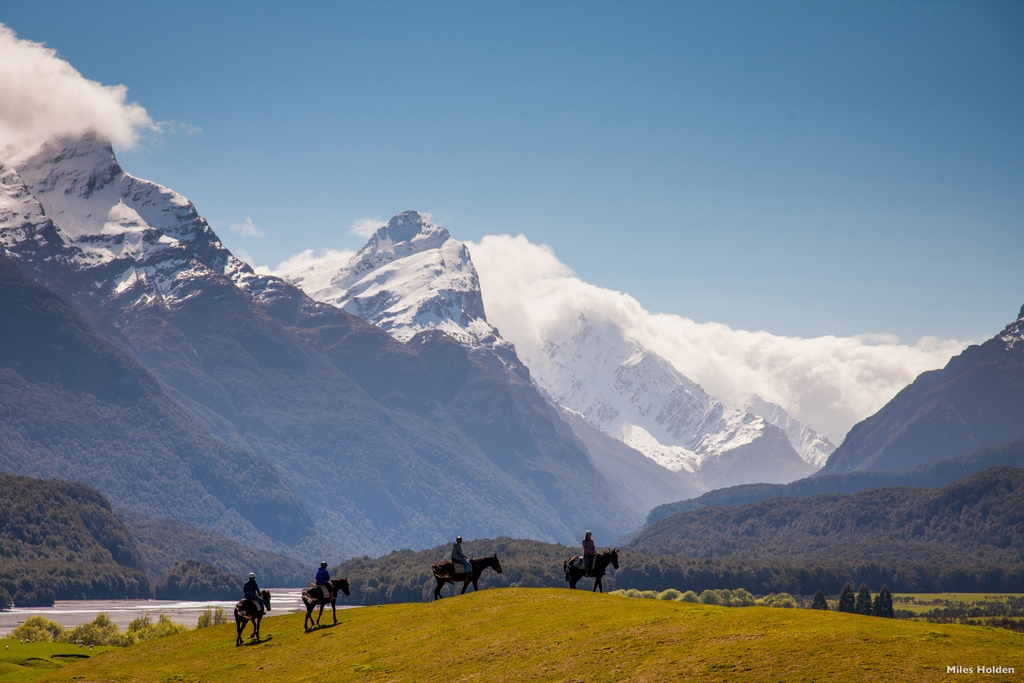 Take a Lord of the Rings horse trek from Glenorchy

As an affordable and enjoyable way to see it all newzealand.com offer downloadable LOTR roadtrip guides or experience it from the air on a breathtaking LOTR scenic flight, very unique!

Narnia also features some of the country’s most majestic backdrops beginning with Narnia’s White Witch home in Woodhill, just north of Auckland, the Great Battle field  at Flock Hill Station in North Canterbury (near Christchurch), and the spectacular limestone formations at Elephant Rocks in North Otago which was the scene for Aslan’s Camp.

Tom Cruise envisioned 1860 Japan perfectly situated in the landscape of Mount Taranaki, which starred as Mt Fujiyama in The Last Samurai and the hillsides of the Uruti Valley was home to early Japanese village life. 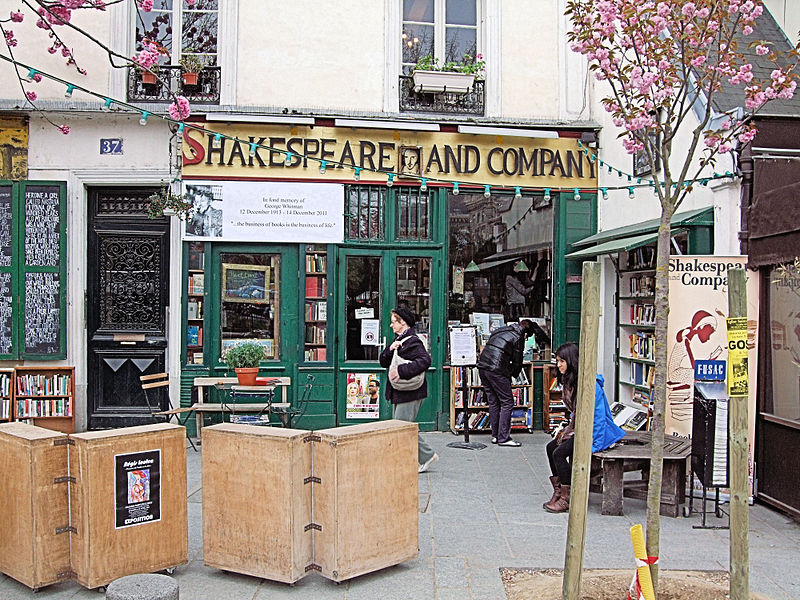 Of course Los Angeles will always be home to Hollywood and you’ll probably feel familiar with a few places you come across. Woody Allen famously used the streets of New York, Paris, Barcelona and London in many of his productions and a little town in North Carolina called Wilmington has seen the filming of more than 300 TV shows and films including A Walk to Remember, Weekend at Bernie’s, Cape Fear, Dawson’s Creek and One Tree Hill. Boston features scenes from The Thomas Crown Affair, Mystic River, Good Will Hunting and of course the TV show Cheers, Ally McBeal and The Practice. 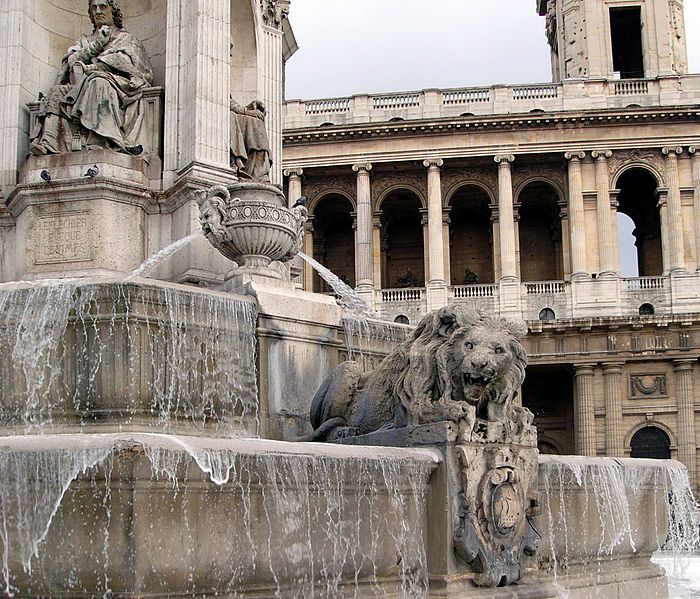 Fountain of the Four Bishops in front of the Saint Sulpice Church, housing the ‘Rose Line’ in the Da Vinci Code

The DaVinci Code sparked a renewed interest in Paris when the best selling book and film inspired fans to walk Robert Langdon’s footsteps through the city and make their own analysis of famous landmarks, likewise in Rome and London and Da Vinci Code Tours are readily available. Vancouver in Canada’s British Columbia has attracted Twilight fans eager to tour relative filming sites from one of the world’s favourite vampirical love stories, also popular are the sets for the TV shows Smallville and Supernatural.

Hatfield House, England has been seen in Batman, Tomb Raider, Tarzan, Sherlock Holmes and others

In England Lord and Lady Salisbury have shared their stately home at Hatfield House with some of the world’s most famous actors as well as Britain’s royal family. Built in 1611 this atmospheric estate has appeared in some form or another in Batman (Wayne Manor), Lara Croft (Tomb Raider), Tarzan (Greystoke), Sherlock Holmes (with Robert Downey Jr), V for Vendetta, Shakespeare in Love, Elizabeth: The Golden Age and even Charlie and the Chocolate Factory. This beautiful house and surrounding parkland can be toured during certain seasons with informative guides that can help you out with more than just film information; this is classified as one of ten ‘Treasure Houses of England’.

I could go on… it’s fascinating researching film locations around the world and how fun would it be to plan an itinerary to at least include some of them? Adding a little movie magic to your trip, discovering some history along the way and what a great excuse to relive some of these scenes using your own little film crew. Don’t forget your camera!