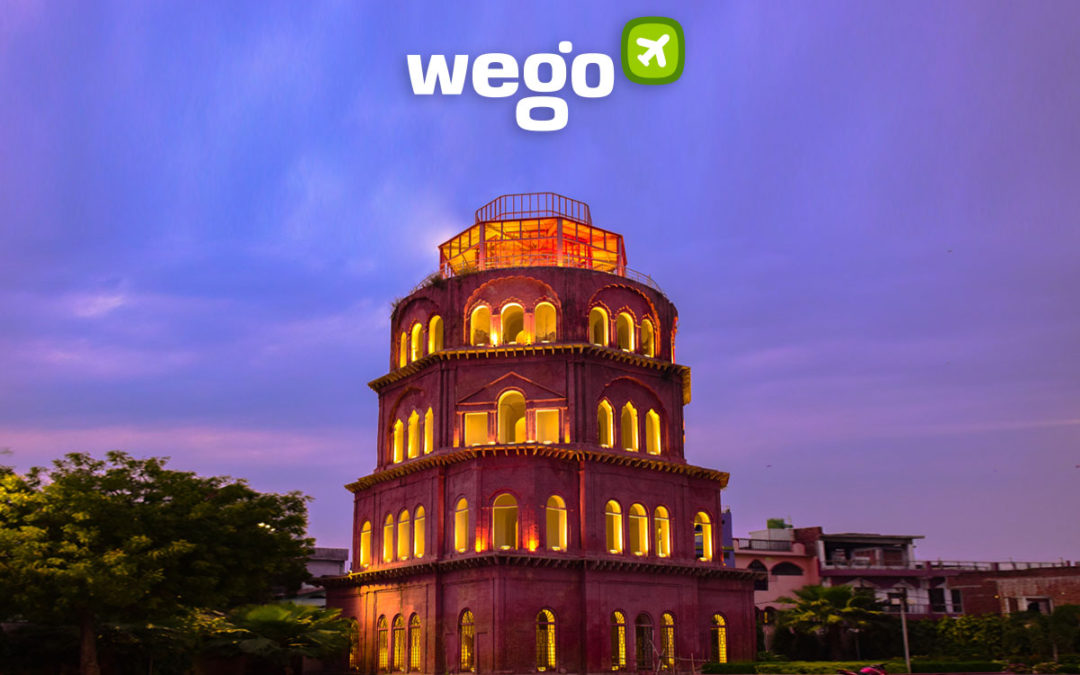 Can I Travel to Lucknow? Everything You Need to Know About Lucknow Reopening and Guidelines

This article is reviewed regularly (on a monthly basis) by Wego’s editorial team to ensure that the content is up to date & accurate. If you find any issues with the information, feel free to reach out to us at [email protected].

As India continues grapples with COVID-19, the bustling city of Nawabs, Lucknow in Uttar Pradesh has been battling the virus since the global pandemic made its way to the city. Cases have gone down as the recovery rate has shot up to 93.32% (it is now nearing 95%) and the positivity rate has declined to 6.7%.

Amidst fears of a second wave, various places have opened up in a phased manner following social distancing norms under Unlock 6.0 guidelines. From allowing the entry of some foreign nationals to reopening of bars and pubs at 50% capacity, the guidelines are easing up. Read along to know in details about traveling to Lucknow, quarantine regulations, and reopening in Lucknow. 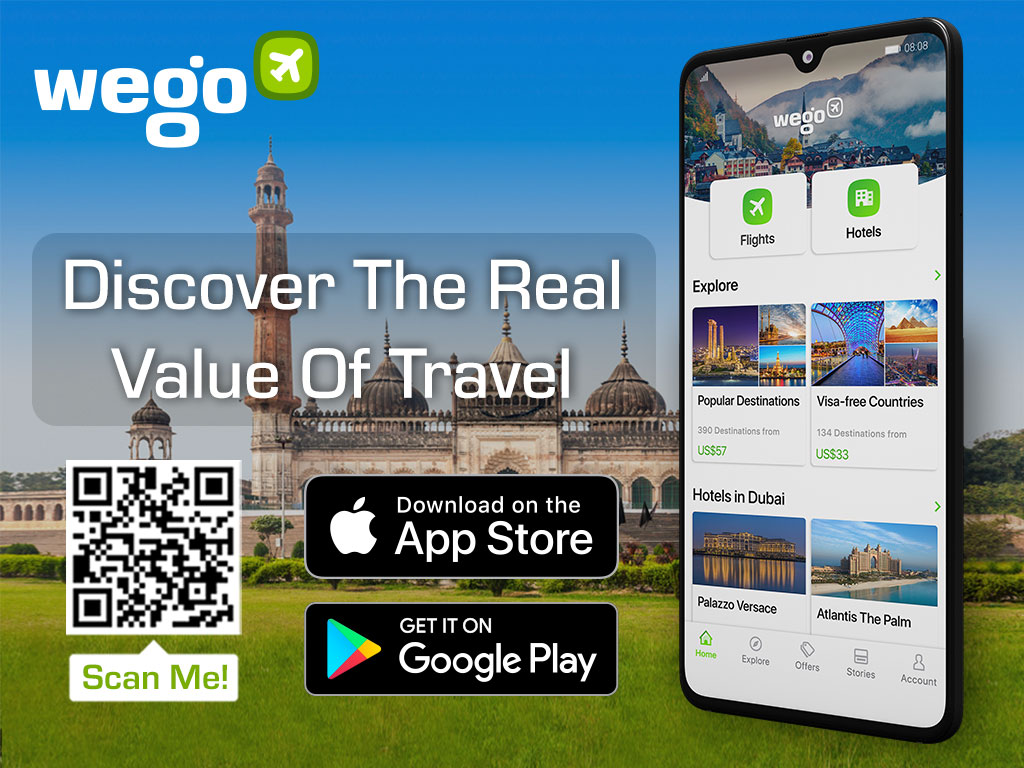 Who can travel to Lucknow?

Since the inception of the Vande Bharat mission, the Indian Government has repatriated Indian nationals stuck in several parts of the world. Up to December 20, as many as 39.2 lakh people have been facilitated with international travel by the mission.

International travel of more than 39.2 akh people facilitated under Vande Bharat Mission since 6 May 2020.

The mission continues to reach out to more across the world. pic.twitter.com/LGJNsVn3ui

If you are an Indian citizen, you can enter the country through Lucknow since it is some of the international airport cities in India which are currently receiving international flights. If you are a foreign national but an OCI (Overseas Citizen of India) or PIO (Persona of Indian Origin) cardholder, you can also travel to Lucknow.

A few select categories of foreigners can also travel to India as per the guidelines of the Ministry of Home Affairs, Government of India. This includes foreign businessmen on business visas (excluding B-3 Visa for sports), foreign healthcare professionals, engineers, technicians, managerial, and design specialists on having the recognized invitation from Indian facilities, among others. Aircrafts carrying these people would meet no restrictions as imposed in the earlier days of the pandemic in India.

Foreigners married to Indians, dependents of foreign diplomats, and foreign nationals stuck in neighboring countries who wish to return to their country through India can also travel to Lucknow in transit. Visitors for all other employment purposes and their dependent family members on Dependent visas and Indian origin foreigners who need to travel for family emergencies in the country will also be allowed entry in Lucknow.

After the latest release, dated October 21, now permits all foreigners to travel to Lucknow and the rest of India except for tourist visas. Nepal and Bhutan nationals can travel to Lucknow from any other third country.

Anyone who wishes to travel to Lucknow needs to obtain a new business visa or employment visa or any other valid visa from Indian posts abroad, and those who already have long-term valid visas for multiple entry purposes would have to re-validate them (i.e. if the validity had expired).

India currently has bilateral travel bubble arrangements with 23 countries, including, the US, the UK, the UAE, Ethiopia, Netherlands, France, Maldives, Canada, Japan, Bahrain, Afghanistan, Germany, Nigeria, Nepal, Qatar, Iraq, Oman, Bhutan, Kenya, Rwanda, Tanzania, Bangladesh, and Ukraine. Regular two-way flights continue to operate between Lucknow and gulf countries and some others under this arrangement as the Vande Bharat mission operates in the seventh phase. The present phase will last until March 2021.

Under this agreement, if you hold any valid visa issued by the Indian Mission for any of the previously mentioned categories, you can travel to Lucknow from outside the country. However, for tourism purposes, entry is still restricted. Scheduled commercial international flights remain suspended till the end of December 2020.

Do I need to quarantine after I reach Lucknow?

For international air travelers in Mumbai, the state of Uttar Pradesh has a stringent quarantine guideline. A 14-day mandatory quarantine rule is in place, out of which the first seven days must be spent at any paid institutional quarantine hotel in Lucknow on arrival. This should be followed by a home quarantine for a period of one week. A health declaration form via https://newdelhiairport.in 72 hours before your journey is also mandatory.

To get an exemption from mandatory institutional quarantine in Lucknow, reasons of pregnancy, severe illness, or death of a family member are accepted.  Travelers accompanied by children below the age of ten are also eligible. These passengers need to apply for exemption at the online portal of newdelhiairport.in, at least 72 hours before their boarding to quarantine at home for two weeks instead of at government institutions.

Passengers who have undergone RT-PCR test & tested negative 96 hours before the journey shall be also eligible for exemption from 7 days Institutional quarantine. The passenger may apply for an exemption online or produce a valid test report on arrival in Lucknow.

All domestic passengers in Lucknow need to quarantine at home for 14 days. You need to register on the state website before you exit the arrival hall. Registration can be done at https://reg.upcovid.in or by calling 1800-180-5145.

Passengers whose visit is limited within the seven days of arrival in Lucknow may, however, get an exemption from the quarantine, provided they have proof of return or onward travel. If you are from Uttar Pradesh and had exited the state but would like to come back within 5 days, you wouldn’t need to quarantine on asymptomatic arrival.

What is open and closed in Lucknow?

In September, the Ministry of Home Affairs had given a green signal to the partial reopening of schools throughout the country from September 21 for senior classes (standards 9 to 12) on a voluntary basis for doubt clearing sessions only. It further approved the resumption of schools and colleges from October 15 in a graded manner.

In Lucknow, the Uttar Pradesh government has decided to move ahead with this reopening for classes 9 to 12. As laid out by Unaided Private School Association, all fun activities that engage crowds such as morning assembly, lunch breaks, or sports are not being allowed.

Passes will be issued for using the washroom and loitering isn’t allowed at any hours of the day. Parents are also being advised to bring and pick up their children in their own vehicles. Students have the option to opt-out of physical classes and attend online classes instead.

From 23 November, colleges in Lucknow have been opened. Attendance is allowed up to 50% capacity on a scheduled basis. Entry without masks is prohibited to both students and professors.

Decisions are still underway to reopen schools cautiously for classes 6 to 8 even though it was scheduled for reopening post Diwali.

Reopening of metro in Lucknow

The Lucknow metro reopened services from September 7 as Unlock 4.0 restrictions loosened up. It operates from 6 a.m. to 10 p.m. which are the usual times of operation with trains arriving at the normal interval of 5.5 minutes.

Masks are mandatory. If anyone is traveling without one, they will be provided a mask at the metro station. Thermal screenings of passengers would be done at the entry. While the guidelines say that the Aarogya Setu app is not mandatory, it is recommended.

Since the Lucknow metro is still using coins as tickets, it has come up with an alternate solution of sanitizing the coins with UV rays to ensure the safety of the commuters. Go Smart Card has also been introduced to reduce contact during metro travel.

Clubs and bars in Lucknow have also been open since Unlock 4.0 started even though they are not allowed to serve alcohol to customers at the counter. Outside containment zones, gatherings of up to 100 are allowed now for political, cultural, religious, or social meetups since September 21. The cap of 100 remains even as the center issued guidelines to allow a maximum of 200 people at weddings under Unlock 5.0 guidelines.