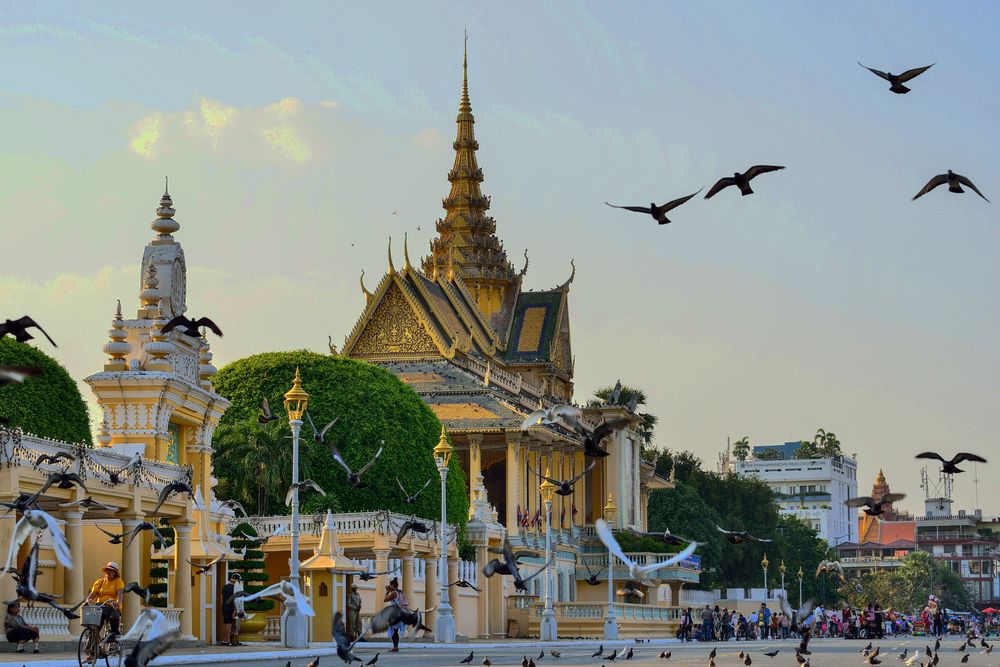 My Deeply Moving Experience in Phnom Penh, and How It Made Cambodia My Favourite Country in the World

When people ask me what my favorite country I’ve traveled to is, I respond with Cambodia. When they ask why, I respond that it’s because of the history and the people. Never have I met a country so scarred by a horrific past, and yet inhabited by people who are so open-hearted and kind. 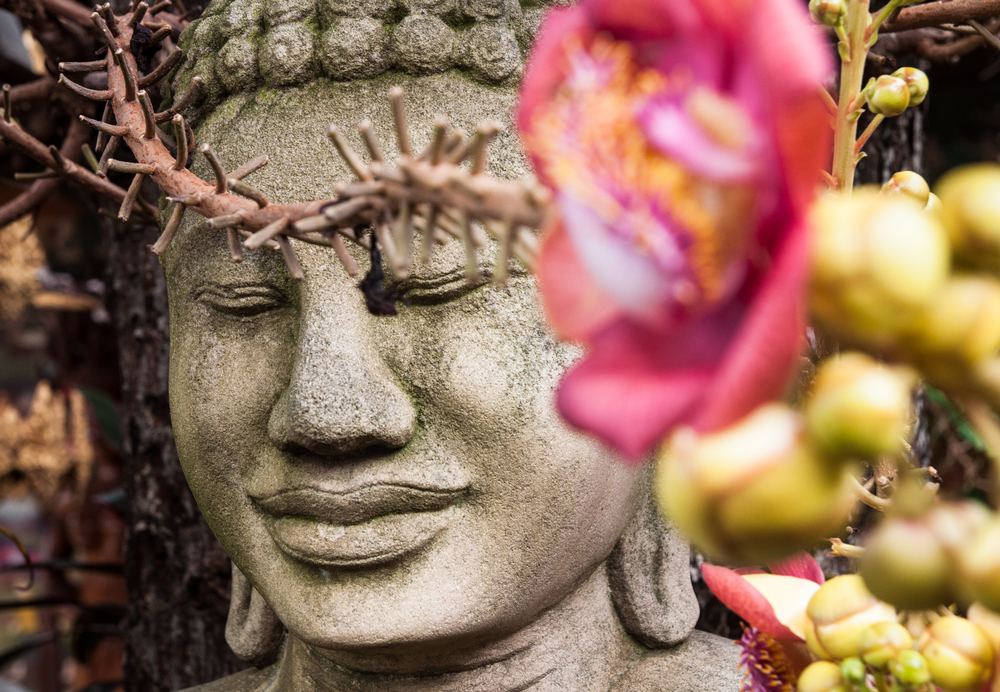 Phnom Penh is the capital and most populated city of Cambodia. It is home to 2 million people, and it certainly feels that way. The bustling streets of the city are more populated and chaotic than its sister Siem Reap, but no less fascinating. 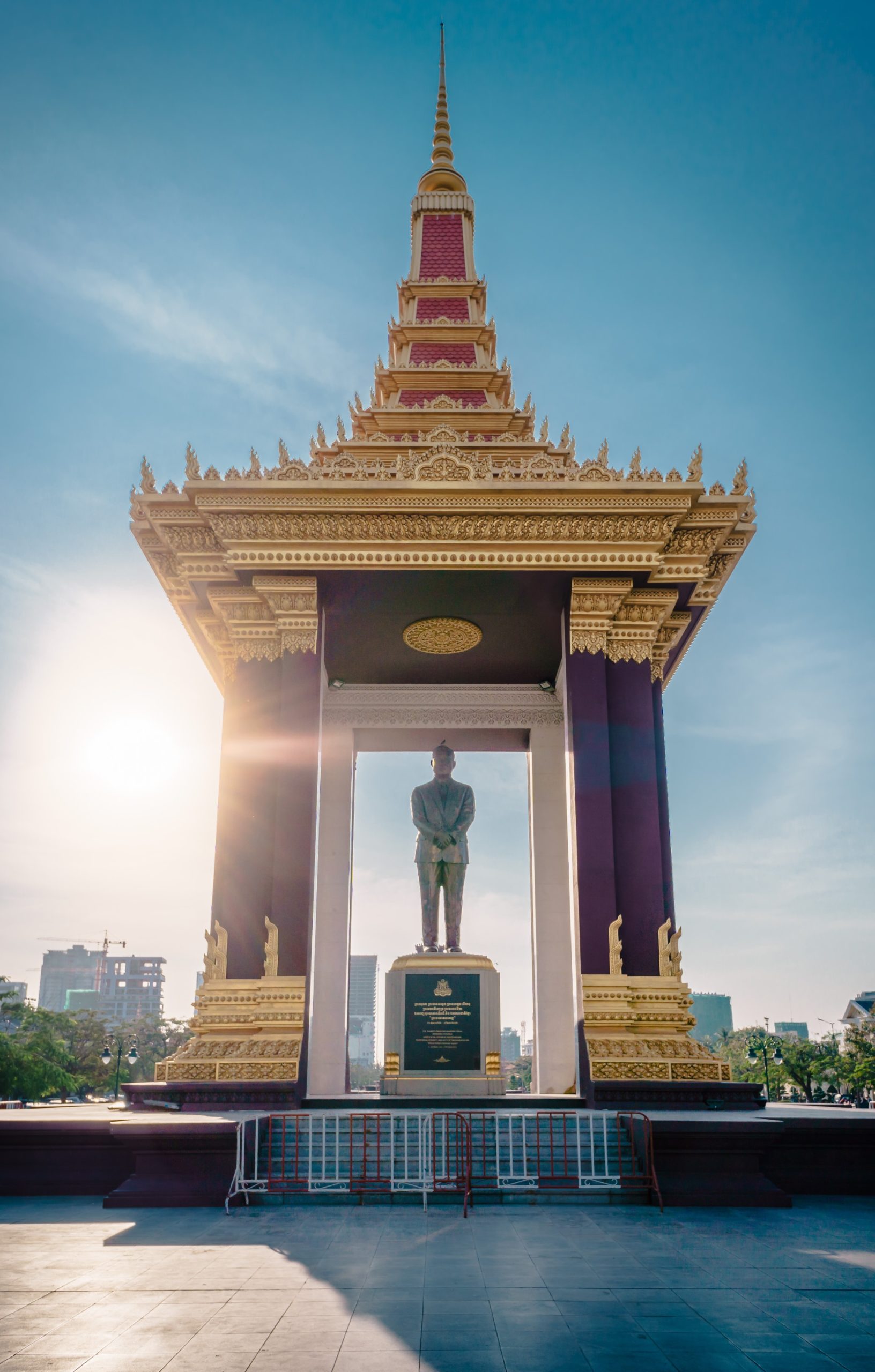 As I wandered around the cafes, restaurants, and little markets, I found that everywhere I went, I was greeted and welcomed with as much warmth and hospitality as if I were family.

I found Cambodians to be helpful and patient; one time after heavy rains, the capital flooded and I was unable to get back to my residence. After an earnest effort to drive through knee-length waters, a tuk-tuk driver offered to take me to a nearby mall, wait for me, and take me back home when the waters subsided. 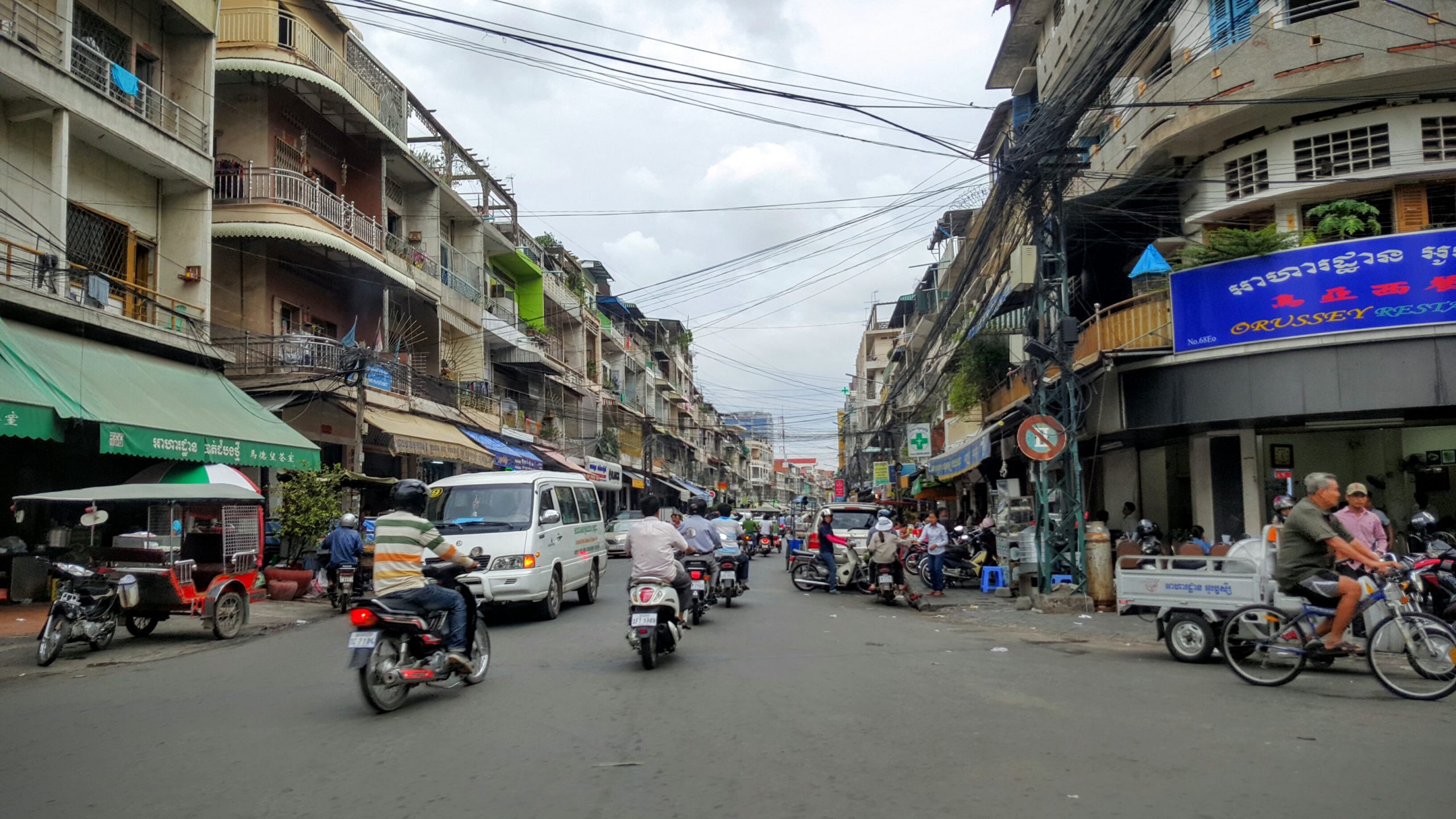 One of the things I most wanted to do while in Cambodia was learn about the country’s history. I visited S21, a high-school-turned-prison that was used as a base to detain, torture, and kill thousands of people during Pol Pot’s communist reign. 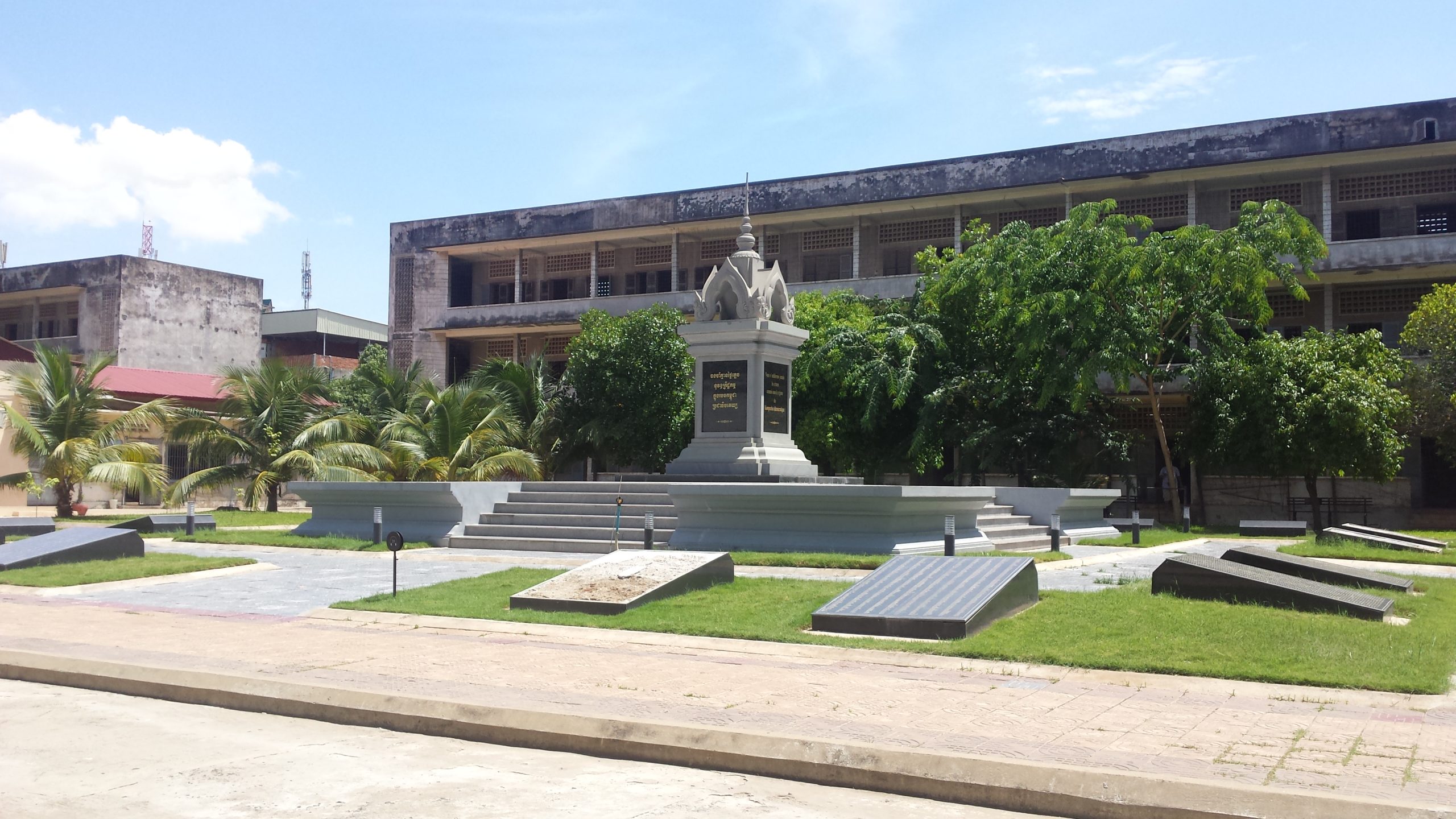 Wandering around the buildings with my audio guide, I was thrown into a world of inexplicable pain and sadness. Bare-boned rooms, eerie torture chambers, and hundreds of black and white photos of the victims staring blankly back at me made it a haunting experience and a sobering reminder of the capacity of human evil.

Later on, I visited the Choeung Ek Killing Fields, 20km away from Phnom Penh. There lies mass graves where thousands of Cambodians were killed and buried in the hundreds, some of which still had remains of clothing. 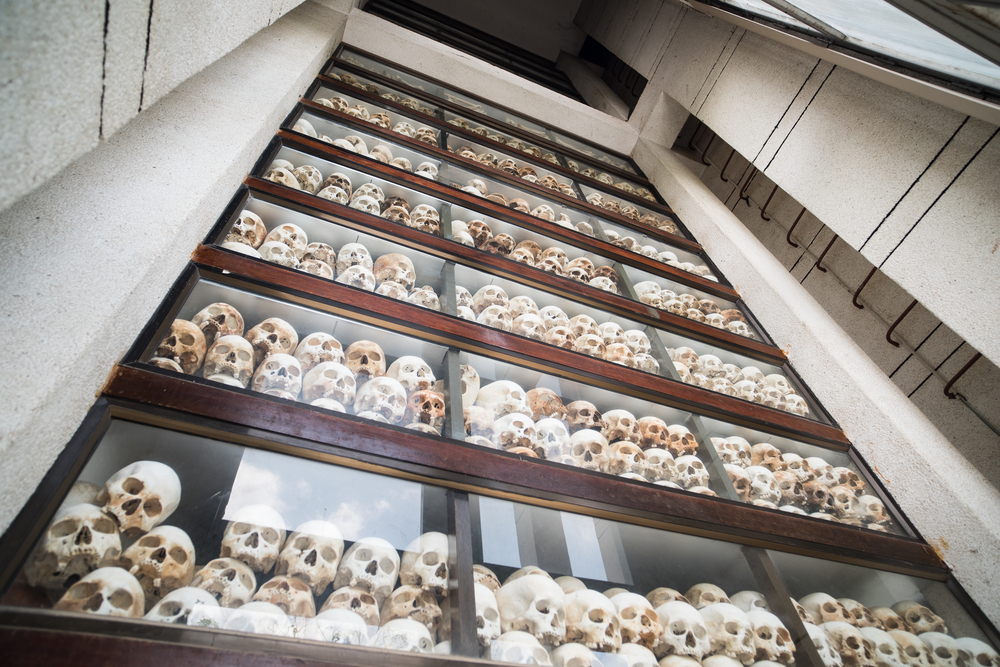 Skull Pagoda at the Killing Fields

A tall white monument next to the fields stands proudly as a dedication to the people who lost their lives, emanating a sense of hope and redemption for the future. 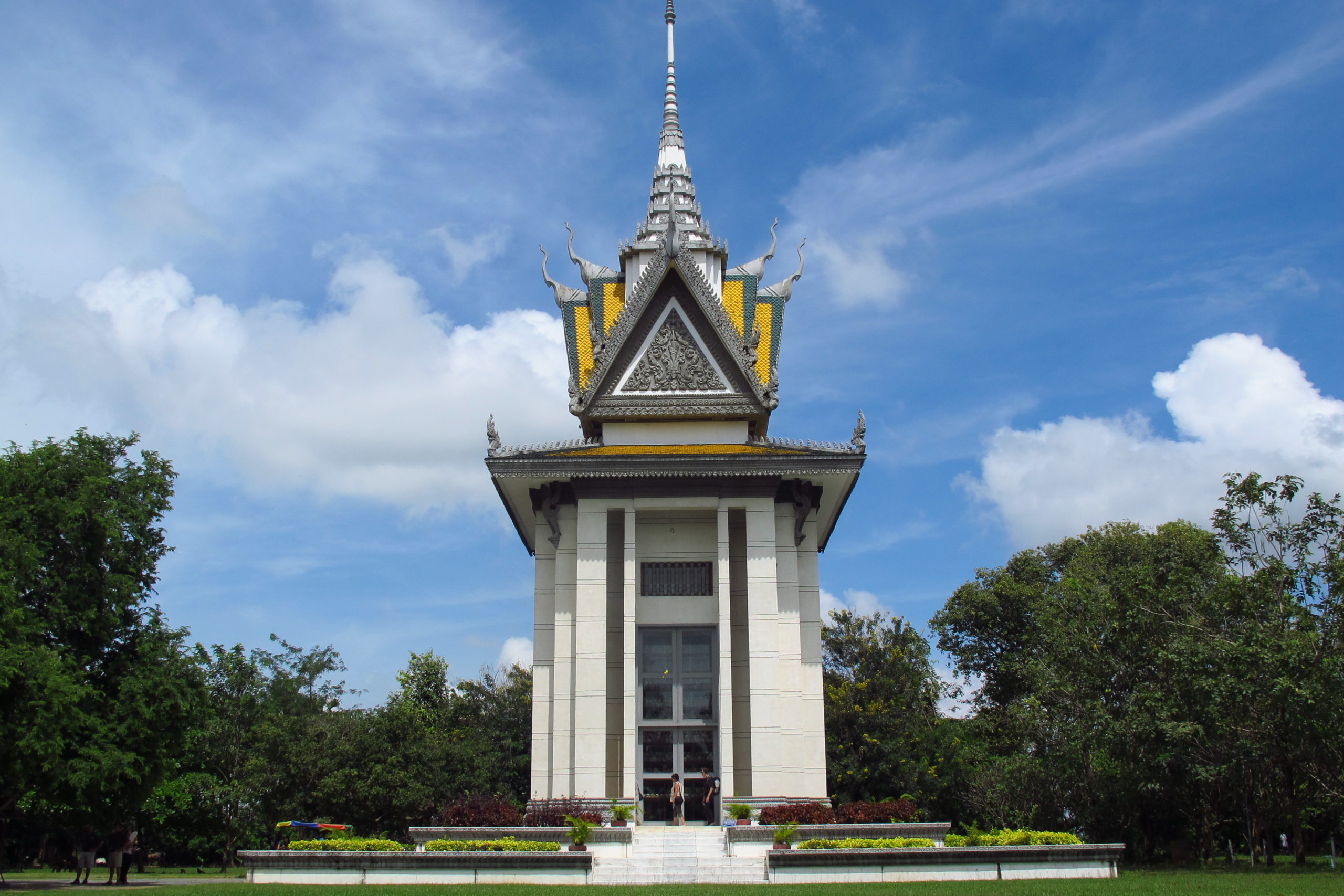 The atrocities of the Khmer Rouge happened not that long ago and only ended in the late ’70s. The people who live in Cambodia still remember the genocide vividly and the pain is still fresh for many.

In spite of this, the people remain incredibly gentle and generous. They have not hardened themselves because of war, but have grown more resilient because of it. It was a lesson in humility that I have taken to heart and will undoubtedly remain with me for as long as I’m alive. 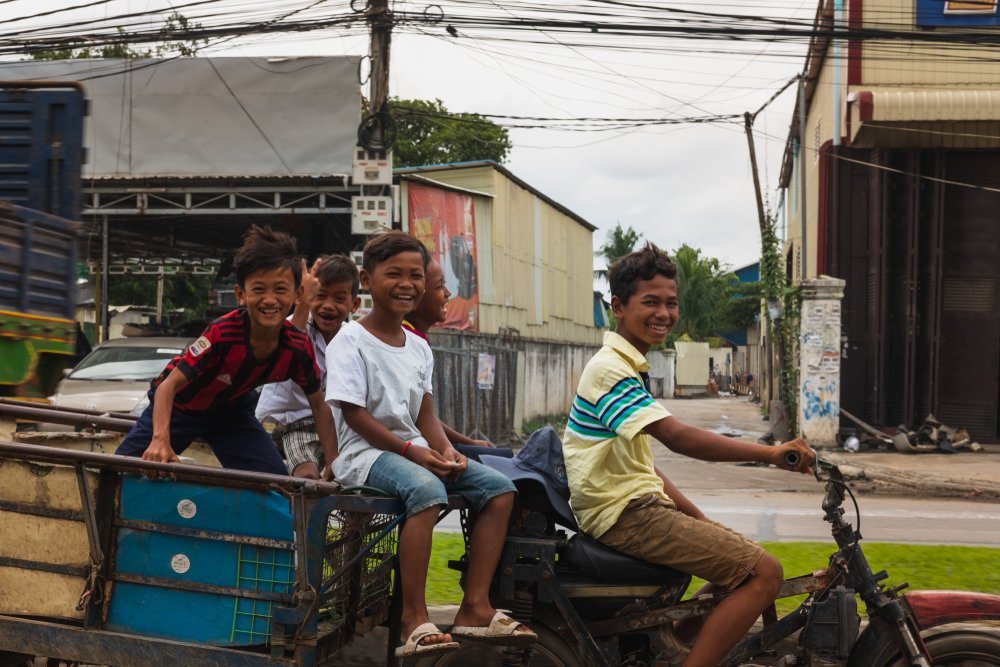 On one of my last nights in Phnom Penh, I was walking along the road when a young Cambodian boy ran up to me trying to sell me a 1 USD bracelet. I don’t endorse child labor, but I couldn’t help but wonder what kind of strain his family was under that he had to do this. I did end up giving him money, but I didn’t take the bracelet. He gave me a hug for that.

That experience, like so many others I had in Cambodia, was what made this place so special to me. Reflecting back, it’s not so much the history that fascinated and captivated me, but the people’s resilience to it. 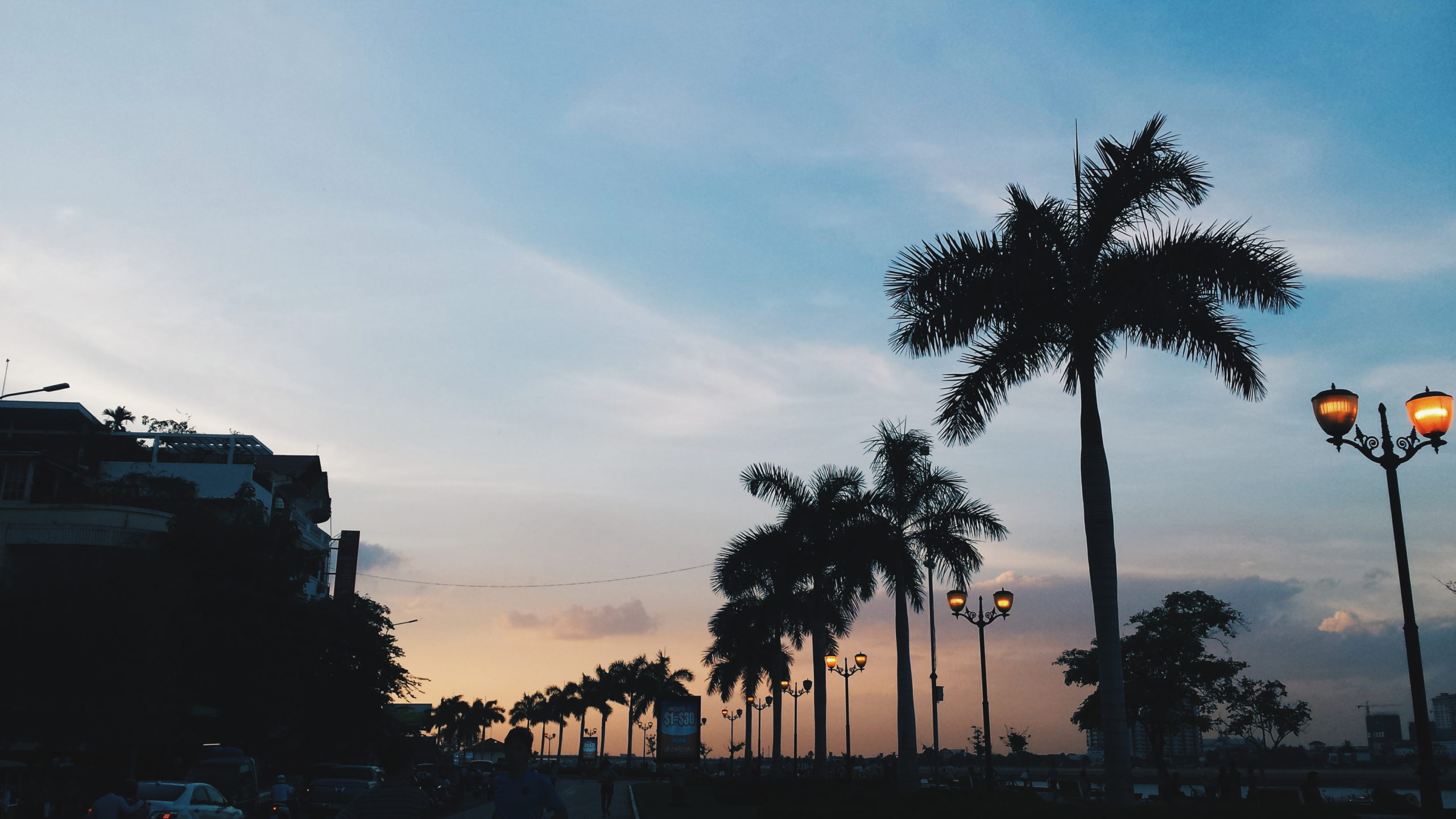