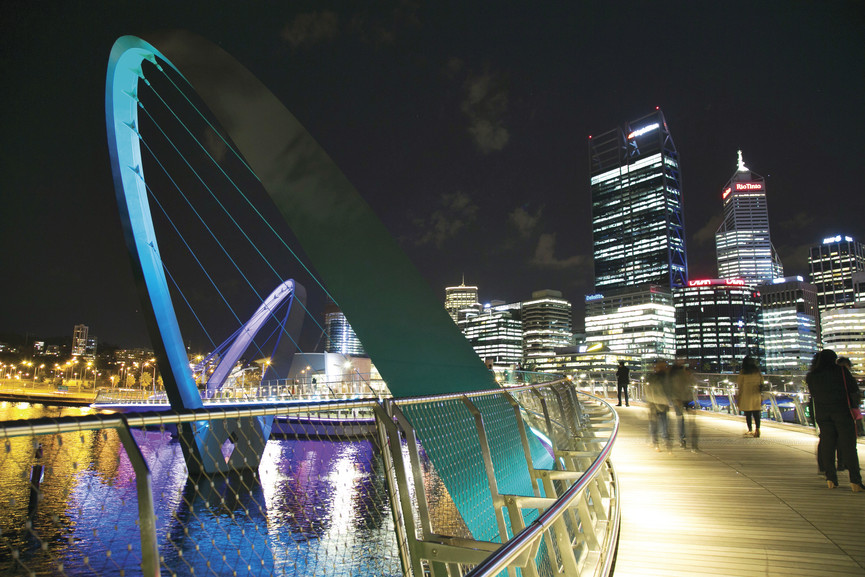 Thousands of kilometres of uninhabited plains and desert may divide Perth from its Australian east coast counterparts, Sydney and Melbourne, but it’s no less cosmopolitan – in fact Perth is a gem.

Here’s some of the best bits.

There’s some pretty funky cafes and hidden eateries in the West End. Wandering the streets, you’ll stumble upon many an eclectic shop that will catch your attention. Check out Wolf Lane for some of the best.

King Street is akin to Rodeo Drive in the US. All the world’s luxury brands including Chanel, Prada, Bally, Tiffany’s, Miu Miu and more line the exclusive street and whether you intend on making a special purchase, or just window shop, you don’t need to fly to America to do so.

Change it up and check out the glamorous art deco beauty of heritage-listed, His Majesty’s Theatre. Built from 1902 to 1904 the theatre on the corner of Hay and King Street has seen its share of live theatre, musicals and entertainment, and continues as the city’s cultural centre. It’s also the only working Edwardian theatre in the country. 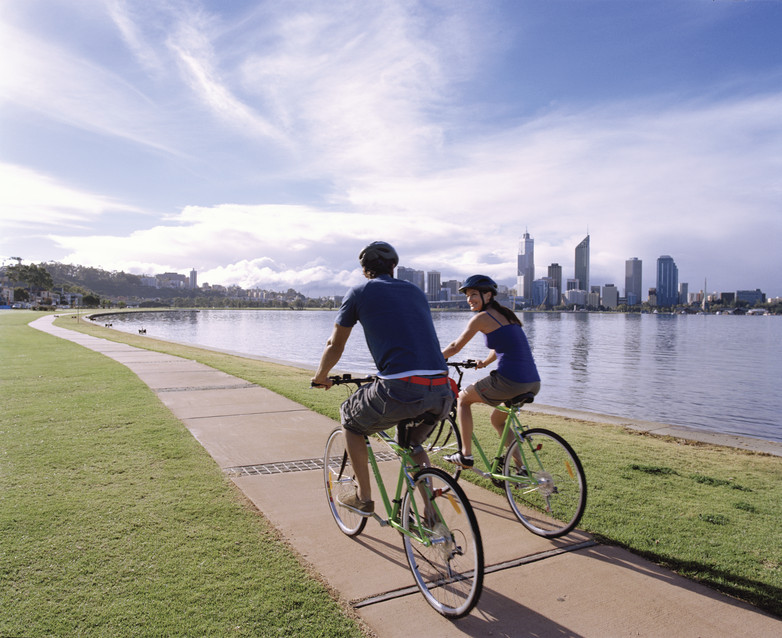 This side of the city is really the perfect reflection of Australian lifestyle at its best. Sunny skies, picturesque waterways, superb coffee and fabulous contemporary cuisine is enjoyed by locals and visitors alike.

Take a stroll or hire a bike and explore the beautiful gardens that line the Swan River. Great for taking a peek at some of the city’s most beautiful homes too. Claisebrook Cover is a must-see.

Australia has created a number of richly creative urban hubs, especially in Sydney and Melbourne. But Perth has its own unique take on its east coast cousins. Northbridge has a strong and vibrant arts scene and is also home to the most number of small bars, clubs and pubs in Western Australia.

See a number of exhibitions at a gallery, or a museum, or see a live performance at one of the many cultural venues between Beaufort and William Streets.

William Street for unique vintage finds, great stuff for the home and local fashion outlets. Dining options including Italian, Tapas, Mexican and more can be found on James and Lake Streets.

The city’s best yum cha can be found in Chinatown, also in Northbridge, is a weekend brunch tradition.

It might be the business end of town, but it’s no less entertaining or intriguing. Get your best bargain shopping done in the Hay and Murray Street Malls, specifically designed for easy walking and browsing. But don’t be fooled, there’s a healthy mix of fabulous big names and brands to suit all tastes and budgets.

It’s the classy end of town with an abundance of bars, restaurants and fabulous cafes, all going out of their way to top highest barometer of chic.

And it’s a great time to visit Perth with announcements of a further 16 new or redeveloped hotels to be opened in the city, and the oversupply of hotel rooms has driven the average nightly rate down by almost AU$50 per night according to Australia’s Tourism Minister, Paul Papalia.

Spend a day or many more in gorgeous Perth, only a few short hours flight from Asia. Find the best flights from Malaysia here.