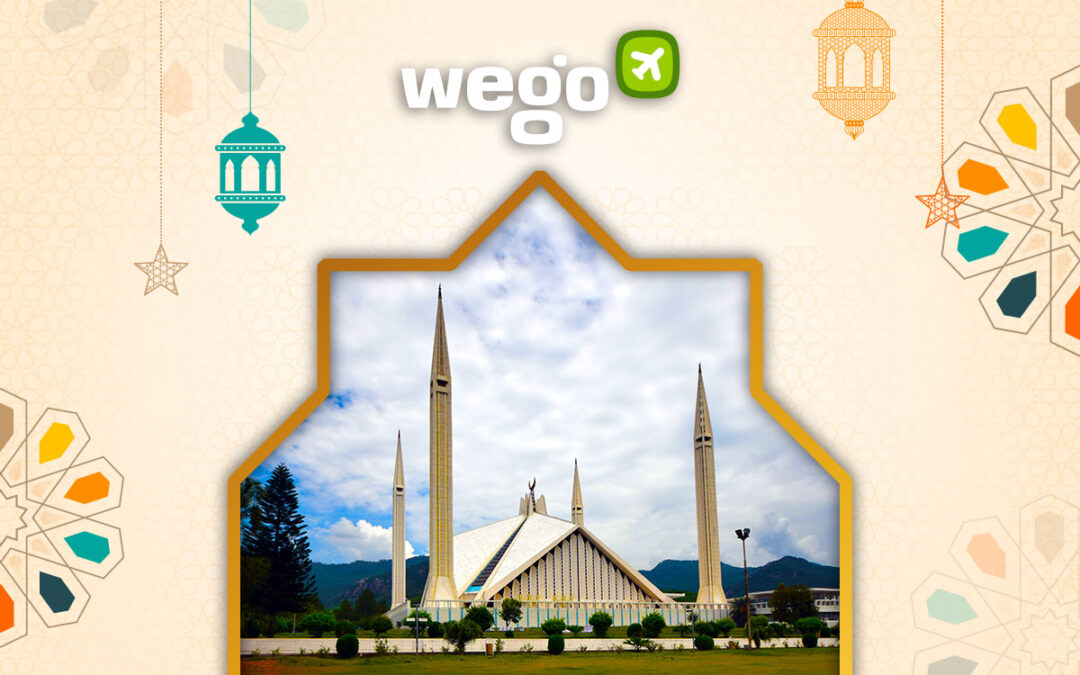 Ramadan in Pakistan 2023: When and How to Celebrate

The holy month of Ramadan is considered the holiest and most sacred month of the Islamic Hijri (lunar) calendar. Muslims firmly believe that the archangel Gabriel descended from the heavens during this holy month and revealed the Message to the Prophet Muhammad. 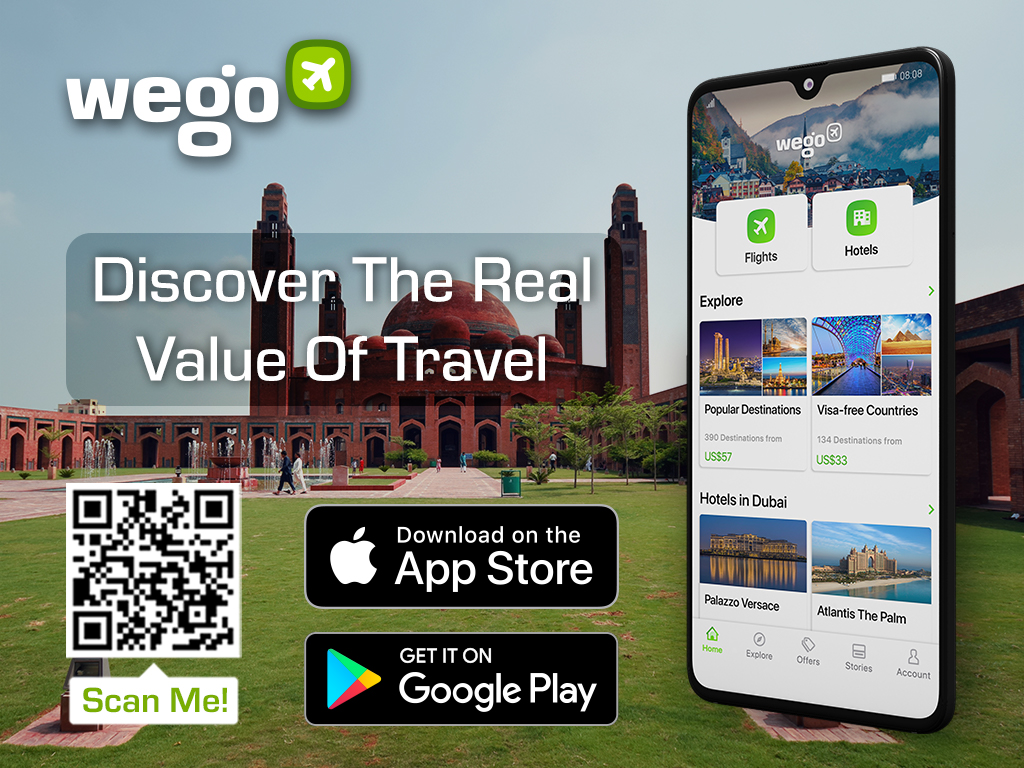 During Ramadan, Muslims are required to elevate their level of spiritual and physical submission to God by way of fasting; that is to say, Muslims must abstain from eating, drinking, smoking, and husband-wife intimacy from the breaking of dawn until the setting of the sun.

According to the lunar calendar, Ramadan 2023 will be likely to fall on Wednesday, March 22, 2023 in Pakistan. The dates will naturally be confirmed as we move closer to Ramadan.

However, tradition mandates that the exact date of the holy month’s beginning must be determined by a moon-sighting committee consisting of religious scholars, astronomers, and other authorities under the cover of night. The committee is responsible for observing certain sightings related to the appearance and cycle of the new crescent moon which heralds the start of Ramadan. .

Umrah from Pakistan during Ramadan

Umrah 2022 Guide For Pilgrims From Pakistan

Pakistani Muslims observe the practices of self-restraint and self-discipline during the month of Ramadan. It is common to go on with the day-to-day routine during the daytime. However, during this time, schools, colleges and offices start early and close in the early afternoon to leave enough time for prayers and iftar.

The mosques arrange the Taraweeh congregational prayers and recitations of the Holy Quran so that people can immerse themselves in devotion. In Pakistan, men go to mosques for their prayers, while women usually pray at home.

During Ramadan, you’re going to see all major cities of the country turn into cities that never sleep, with people enjoying out and about after the Maghrib prayers. Everything in the country rearranges itself around Ramadan, including the restaurants, most of which only open at the beginning and the end of each fast.

Women start preparing for the iftar hours in advance and prepare favourite dishes for their children and family members.

As is traditional across the Muslim world, Pakistanis break their Ramadan fasts with juicy dates, black tea with cream and sugar and homemade lemonade. These are followed by a small snack. They always have something fried, such as samosas or pakoras, the chickpea curry known as cholay, and a sweet such as gulab jamun (milk balls soaked in syrup). 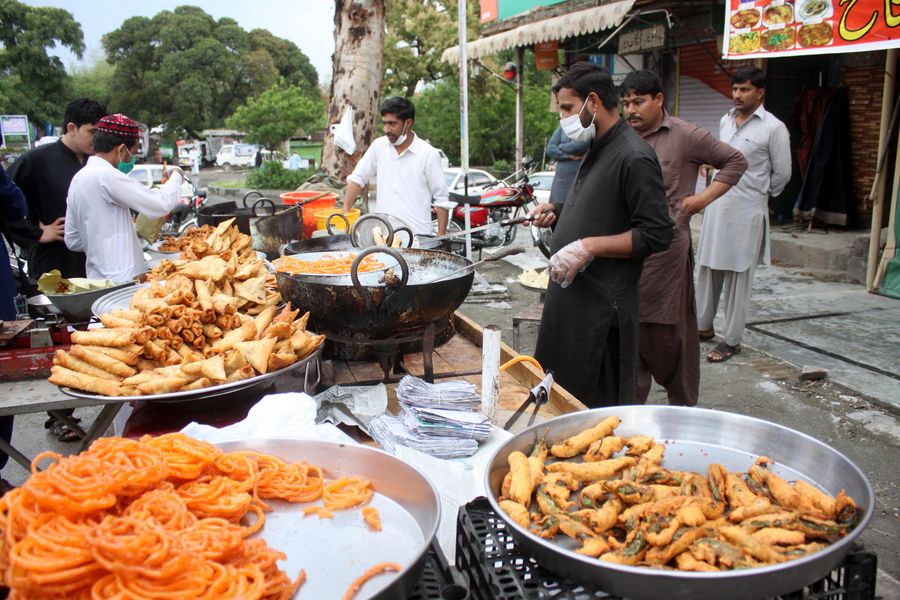 The main dish of iftar might be a lamb or chicken curry, accompanied by basmati rice. There’ll be a vegetable side dish, such as cauliflower with potatoes or lentil dhal. For dessert, a Pakistani halwah (different from Arabic sesame-based halvah) is made from Arabic sesame—based halvah semolina or carrots) or more gulab jamun. There might also be shami kebabs, seasoned ground beef patties, with poori (deep-fried puffed bread). Dates and water are an integral part of iftar.

The Sehri or pre-dawn meal includes sweet dishes like khajla and phern. Eggs, either fried or made into an omelet, and parathas are also eaten to boost digestion and give extra energy for enduring the fast.

Pakistanis are ranked as one of the most benevolent worldwide, especially when it comes to participating in charities. Their philanthropy, coupled with the Holy Month of Ramadan’s blessings, is the best time for them to give back. During Ramadan in Pakistan, Pakistanis gear up to give as generously as possible, resulting in someone distributing iftar boxes and alms on every corner.

After all, fasting is intended to serve as a reminder to the privileged that there are those with not enough to eat, whose whole lives are one, long uninterrupted fast; hence, making Ramadan the time of giving.

Some rules to keep in mind

It is illegal to eat or drink in public in Pakistan during Ramadan. This includes private and public offices. Violating this rule may attract heavy fines and penalties, or even jail time up to 3 months in worst cases, and you might get into trouble with the local vigilantes. If you aren’t observing the fast, you may eat only inside your home, behind closed doors.

It is advisable to dress conservatively in Pakistan throughout the year, but more so during Ramadan, as people tend to be more observant of piety and modesty during this month. Tight and revealing clothes are a strict no-no for women as well as men. Knees and shoulders should be covered at all times when in public.

COVID-19 rules and restrictions for Ramadan 2023

Official announcements on health and safety protocols for Ramadan 2023 have yet to be made. However, last year’s restrictions barred those older than 50 years of age, adolescent children, and those suffering from flu or cough from attending prayers in mosques. Mask wearing was also mandatory and people were discouraged from shaking hands and hugging.

Suhoor and iftar were also prohibited to be arranged in mosques. 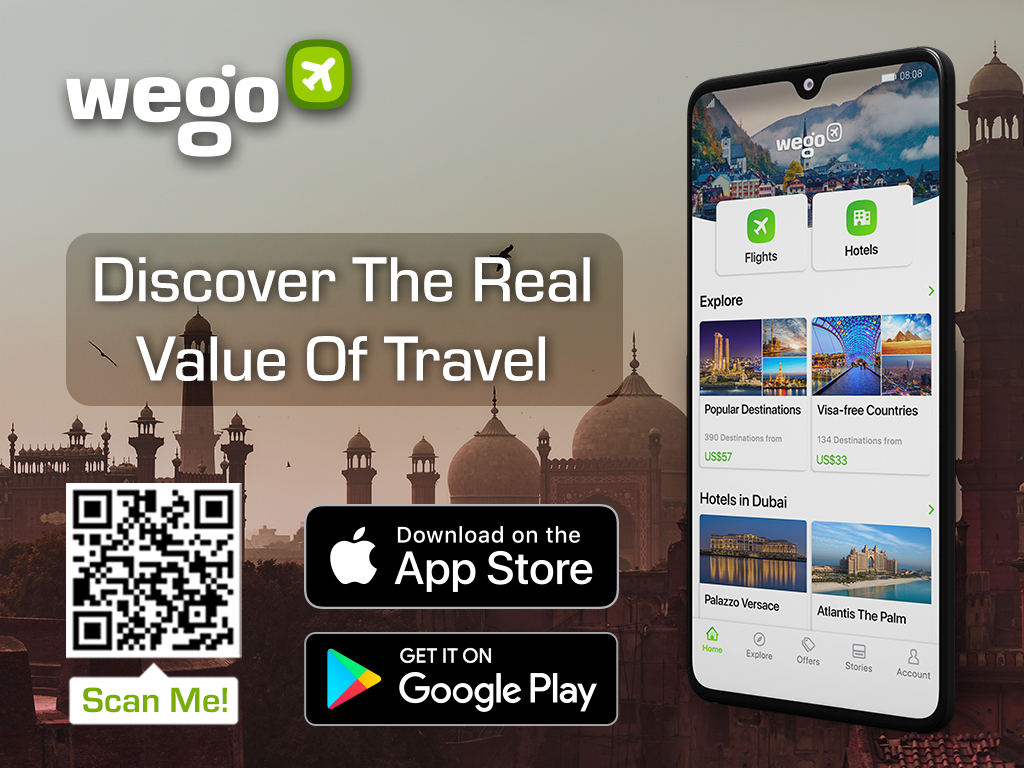