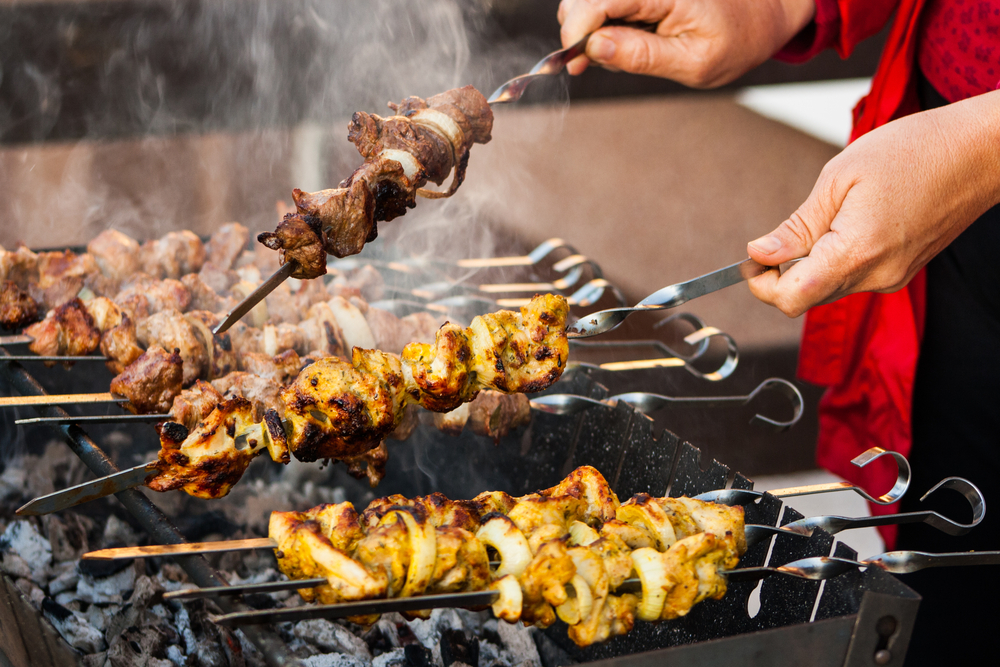 How to Savour the Flavours of Doha in 48 Hours

The best way to know a place is through your stomach, and boy does Doha make for an excellent gastronomic adventure. Cosmopolitan and rich with cultural influences from the world over, Doha is a smorgasbord of flavours that will excite even the most conservative palate.

Doha is a perpetual feast, and it is virtually impossible to place the city at the tip of your tongue in just 48 hours. But for a comprehensive roundup of what Doha has to offer, here is our recommended 9-course taster menu that makes for an all-round palate-pleaser! 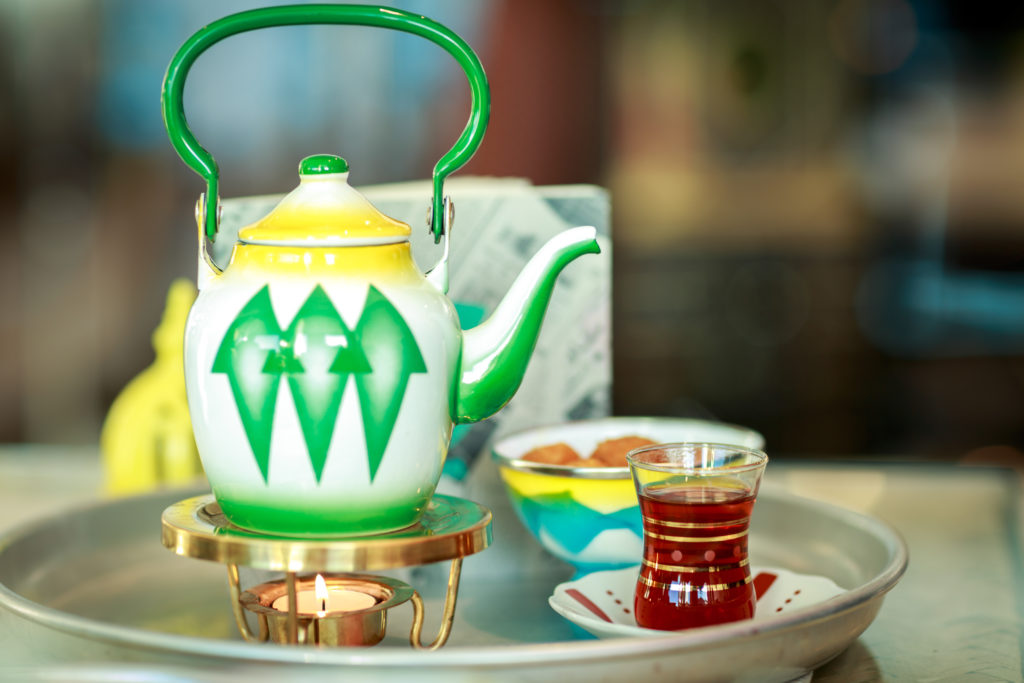 Qatar’s answer to afternoon tea is a green coffee bean brewed with special spices to create an aromatic non-alcoholic digestif (post-meal drink to aide digestion). The serving of traditional Arabic coffee plays a special role in Qatar as an expression of hospitality and welcome.

The drink is poured from a dallah pot and served in small handle-free porcelain cups. Drink it while nibbling on a succulent date to balance out the drink’s mild bitterness, 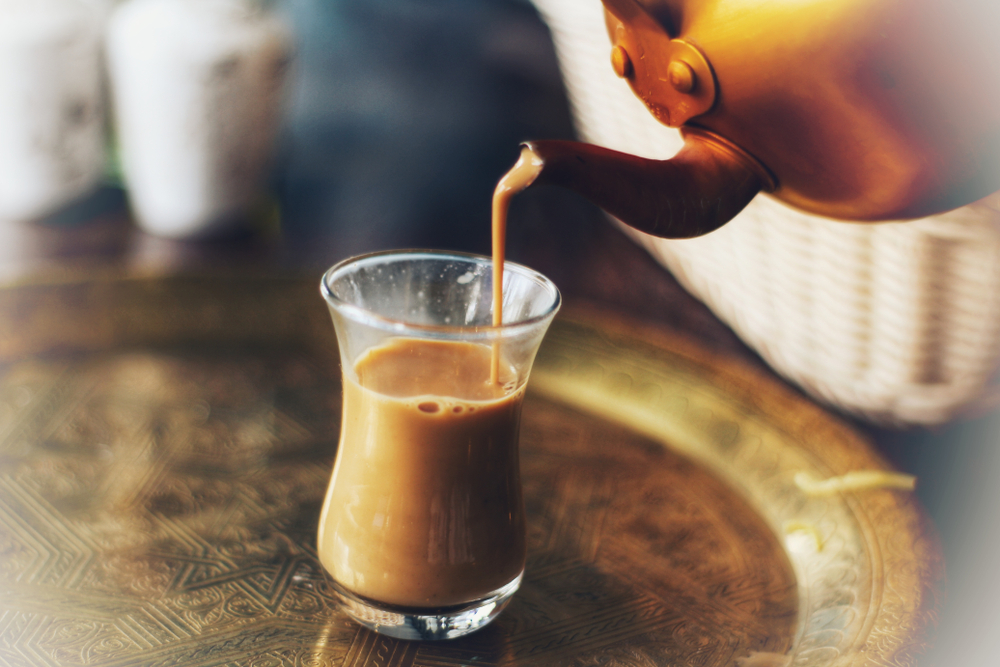 Also known as Chai Karak, masala chai or kadak chai, this flavourful and inexpensive tea is often seen as the unofficial welcome drink of Qatar. A concoction with Indian and Qatari roots, it is brewed with black tea, milk, sugar and spices like cardamom. Karak is creamy and super fragrant when brewed well – so fragrant in fact, that Karak is also used to make ice cream and cakes!

Karak can be found almost anywhere in Doha, but the locals will agree that those served by Tea Time or Al-Naimi Cafeteria. Both joints served well-balanced Karak that hits the right spot with sweetness and creaminess. 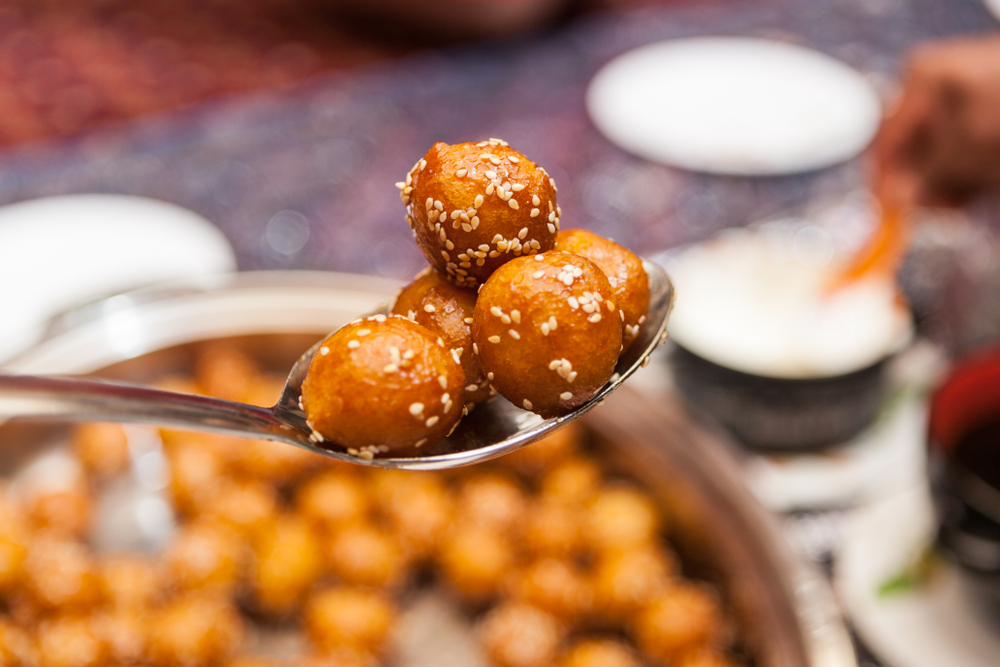 A national favourite with apparently Greek, Arabic, Turkish and Cypriot roots, Luqaimat refers to the diminutive sweet dumplings that pop with a crunch in your mouth. Often served with generous drippings of honey or date syrup, Luqaimats are highly addictive – but thankfully calorie-light (per dumpling, that is).

Luqaimat is a popular sweet that is easy to prepare, but if you like yours ready to eat consider dropping by Al-Aker Sweets. Widely considered the best in traditional sweet treats, Al-Aker Sweets’ mouth-watering confections are perfection in every bite.

From delectable appetisers to hearty meals to sweet treats, Doha’s food scene reads like a banquet of cultures. These 8 dishes are just the tip of Doha’s culinary iceberg – swing by and embark on your own gastronomic adventure today! 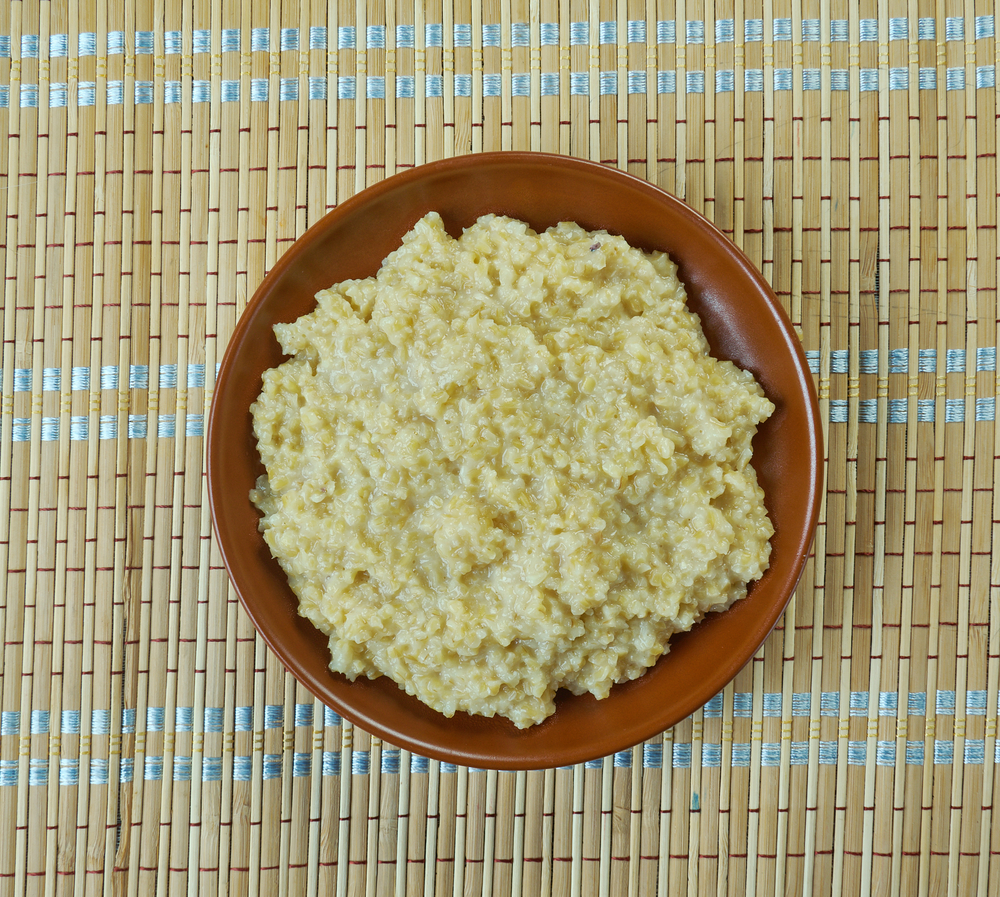 Somewhat resembling a extra-viscous or finely ground porridge, Harees is a traditional Qatari dish of boiled, ground wheat that is often mixed with various meats. Consumed since ancient times, Harees is quite an acquired taste and it might take a bowl or two before you take a shine to it. Still, look past the gluey texture and subtle lack of fragrance and you’ll find a historically and nutritionally rich dish.

Harees is frequently eaten during festive periods of the year, but if you’re looking for a good first experience, have a go at Harees Al–Walda. Popular with locals and expats alike, Harees Al–Walda’s take on the dish is a hit for those with a foreign palate. 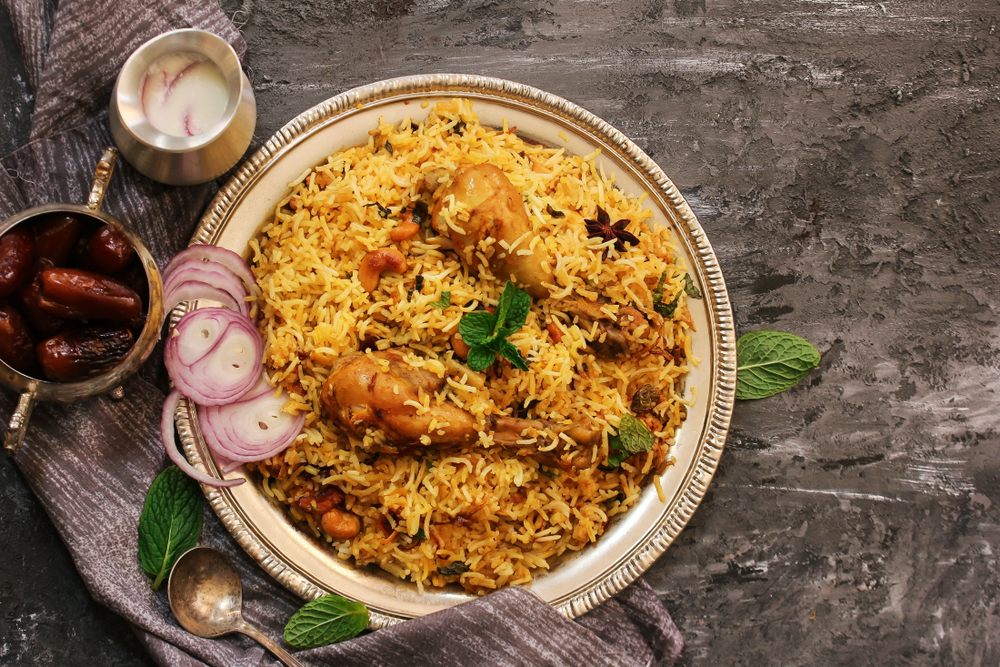 Otherwise known as Kabsa, Machboos refers to a mouthwatering array of mixed rice dishes. Unlike the halwa however, Machboos is prepared and consumed the same way regardless of geographical location, Typically made from a mixture of rice, meat, vegetables and herbs pressed together in a single pot, Machboos is a highly versatile dish that has graced dinner tables across the Arabian Gulf for centuries.

Machboos is such a variable and ubiquitous dish that pinpointing any specific location simply does not do it justice. No two Machboos are the same, so do give every one you chance across a try!

Further adding the diverse array of cultural influences in Doha’s culinary repertoire is Kabab Torsh. A simple kebab dish of Iranian origin, Kabab Torsh typically refers to beef skewers marinated in a sweet and savoury mix of crushed walnuts, pomegranate juice, chopped herbs and spices. Visually similar to satay, this dish has quite the flavourful kick.

Just like Karak, Torsh is pretty much a common sight anywhere in Doha. Simple to prepare and just as easy to consume, this dish can be found both at high-end joints and on the streets. For a particularly authentic feel, consider giving the Kabab Torsh in Souq Waqif a try. Some dishes lack aesthetic but taste just as great, and Fahsa happens to one of them. Not particularly appealing to look at yet enticingly fragrant, this Yemeni lamb cutlet stew is a sensory conundrum in itself.

Yemeni cuisine is still much of a niche in Doha, and nowhere represents that niche better than Bandar Aden. The restaurant frequently gets rave reviews for its Fahsa, and all that flavourfulness and authenticity won’t leave a burn in your wallet at this joint either.

A popular dessert with ancient Arabic roots, Halwa is essentially the sweet treat version of Mr. Worldwide. Countries all around the world have adopted this simple dish into a wide variety of flavours and forms. The word “Halwa” literally means sweet confection, and Doha’s take on it features ingredients such as rose water, semolina and sesame paste.

Halwa often comes in a jelly-like, gelatinous form, but certain offerings at Qatari Sweets in Souq Waqif come across as distant relatives of the more ubiquitous nougat. A local institution older than the Doha bazaars themselves, Qatari Sweet’s versions of the Halwa continue to be as popular.

Crisp and buttery with strong hints of nutty, syrupy goodness, Baklava resembles a lasagne — only this lasagne is bursting with sweetness and crunch between the layers. Made with baked layers of filo pastry, chopped nuts and a spread of either honey or sweet syrup, Baklava is a beloved treat in Greek, Turkish and Levantine cuisine.

Baklava can be easily found in the many sweets stalls in Doha, but most will agree that the best Baklava comes freshly baked at Al-Aker Sweets. A household name that has since shot to critical acclaim, Al-Aker’s traditional confections have delighted tastebuds all around the world, and their wide range of sweet treats even includes at least five different kinds of baklava!

FUN FACT: Every march, Qatar hosts an annual festival that celebrates the country’s diverse food and beverage offerings. The multicultural festival held over a course of several days during spring, invites residents and visitors to enjoy special culinary experiences in scenic outdoor spaces.

Since its first edition in 2010, it has grown to become one of the country’s most-anticipated annual events.

– 9 Tips to Make A Pleasant Transit in Hamad International Airport