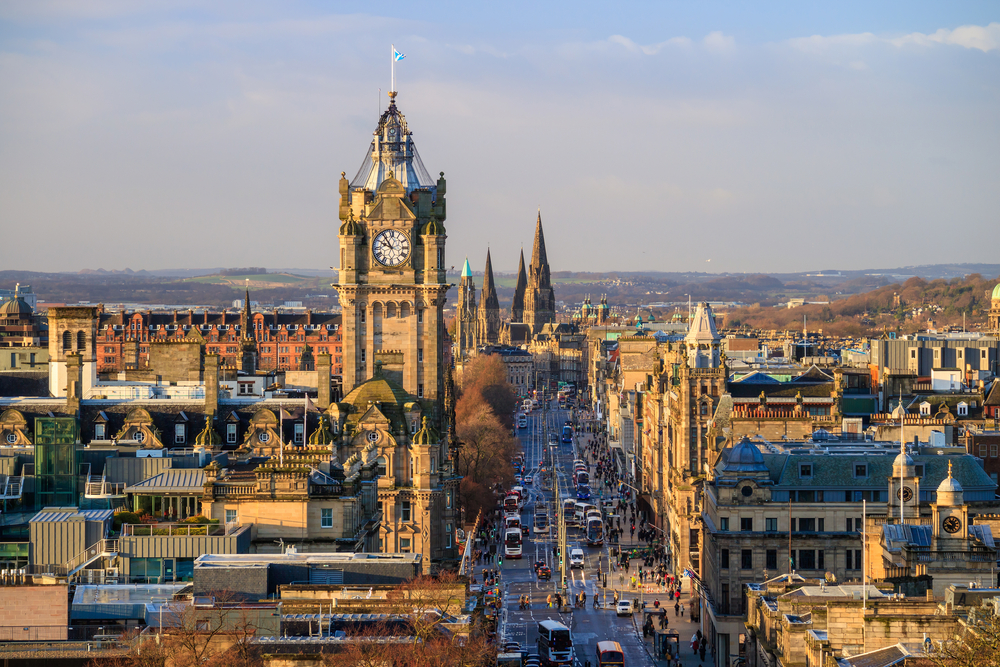 What Scotland is Famous For (You Should Visit Now!)

This is a place where you can find the filming sites of your beloved movies, where you can stand before the regal castles that inspired famous artists and taste the freshest produce that’s celebrated all around the world.

Yes, Scotland is home to some of the most recognizable vistas and products—some are probably your favorites. Find them in their homeland along with these other famous Scottish icons that need to be on your travel wish list now. 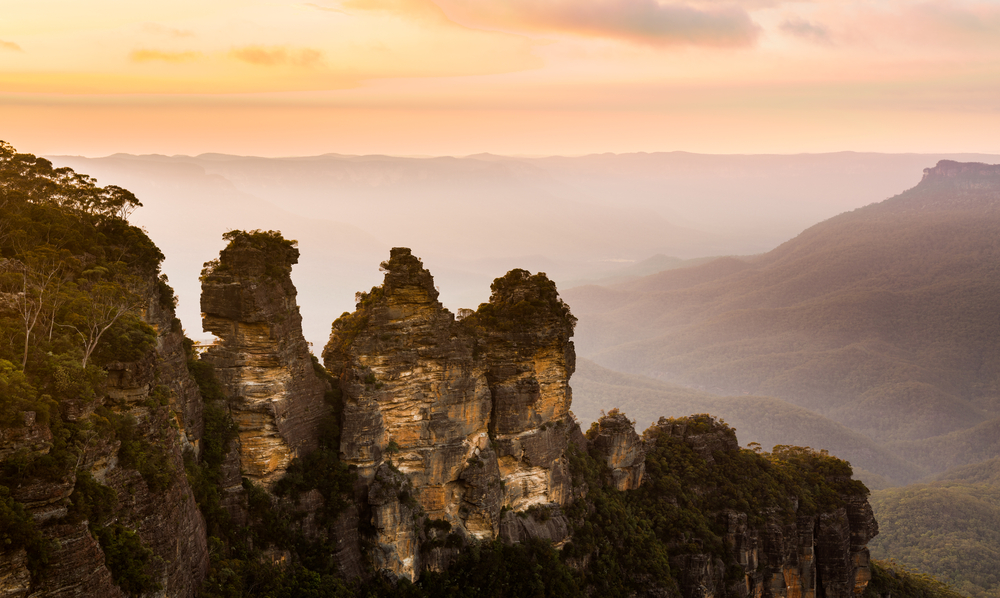 From the imposing to the ethereal, Scotland has no shortage of magnificent scenery. The valley of Glen Coe is where you’ll find the Three Sisters, the striking peaks in the Bidean nam Bian mountain range. Rising to greet visitors coming from opposite the valley, they’re a sight to behold.

Many lush Scottish landscapes look straight out of a fairytale and none more so than the Fairy Pools on the Isle of Skye with its turquoise water and cascading falls. You can swim here, but beautiful as the pools are, the crystal water is bitingly icy, so enter only if you dare!

Scotland’s charm lies in its dramatic natural beauty as well as the legacies left by its dynamic past. Famous battlefields like Stirling Bridge and the solemn Cullonen are must-visit destinations for history buffs.

Beyond battle sites, learn more about Scottish culture and history from other major attractions. From the iconic Forth Bridge to the Scott Monument in Edinburgh, take a tour across Scotland to marvel at these man-made accomplishments. 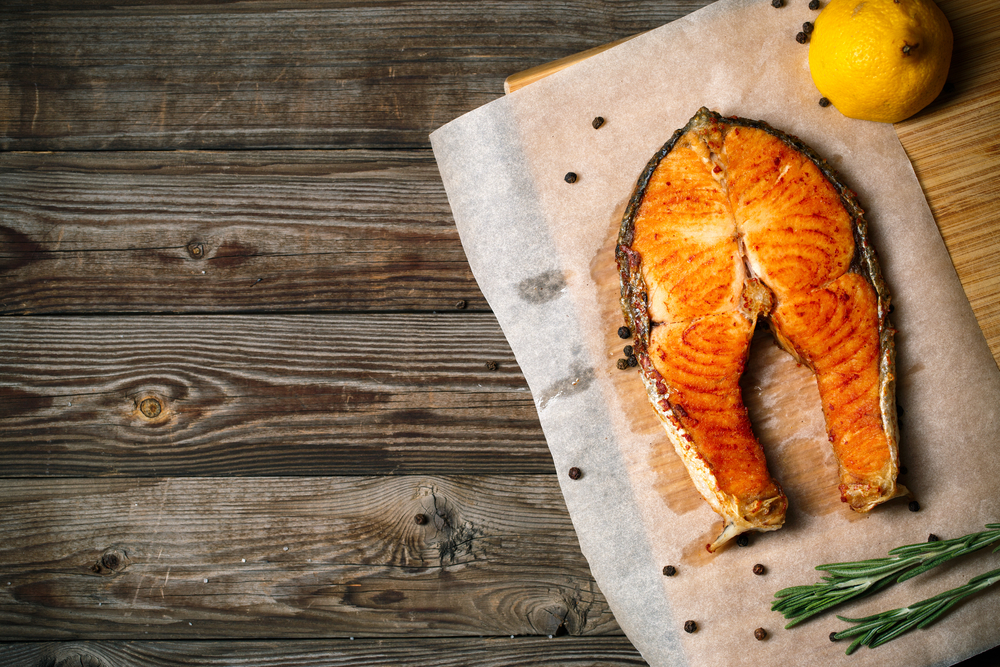 The culinary traditions of Scotland reflect the hardy environment and people. These are rustic dishes and bold drinks that stick to your ribs and keep you satisfied as you go about town. Try haggis, a delicious lamb dish, or freshly-caught Scottish salmon. Top off your meal with sticky toffee pudding, a delectable dessert of sponge cake with dates, toffee sauce, and ice cream.

When in Scotland, don’t miss out on the chance to down the fiery whisky, perhaps one of the most famous Scottish exports.

The mystery of Loch Ness and its most famous inhabitant the Loch Ness monster, nicknamed Nessie, has captured the imagination of media for years. Head over to the loch just south-west of Inverness and see if you can spot the elusive creature.

The story of Nessie is said to be intertwined with another older myth: the kelpie, a shape-shifting water spirit that often appears as a horse. Supposedly, the legend of the water-horse might just be sightings of Nessie in the past. Speculations aside, these days you can find the kelpie represented in the largest equine sculptures in the world. The Kelpies at Helix Park in Falkirk are an homage to the horsepower that moved early Scottish industries. The sculptures look impressive in the day and even more so when they’re lit up at night. 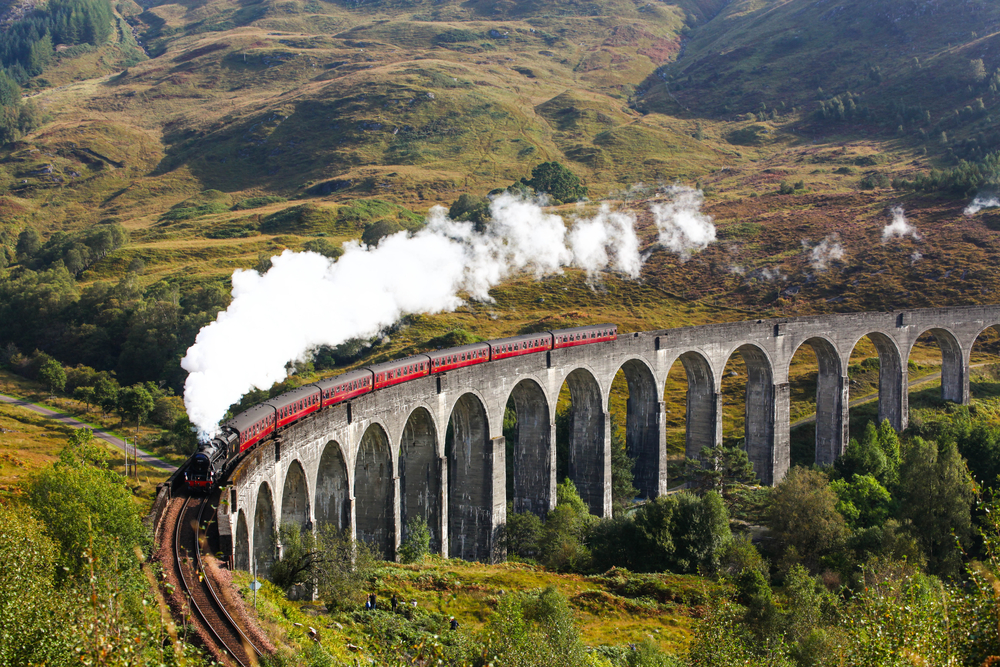 For a touch of magical experience, find your way to Glenfinnan Viaduct, a railway viaduct that still carries the steam-powered Jacobite train across the River Finnan at a height of 100 feet (30m). The landmark, which stretches between Fort William and Mallaig is instantly familiar to Harry Potter fans as it featured in the films, but it also appeals to visitors seeking a picturesque road trip or train ride.

From one magical scene to another, the moss-covered gorge Finnich Glen with a ruby-hued river running through it is another mesmerising attraction. Finnich Glen used to be a meeting point for the Druids, or so the local lore goes.