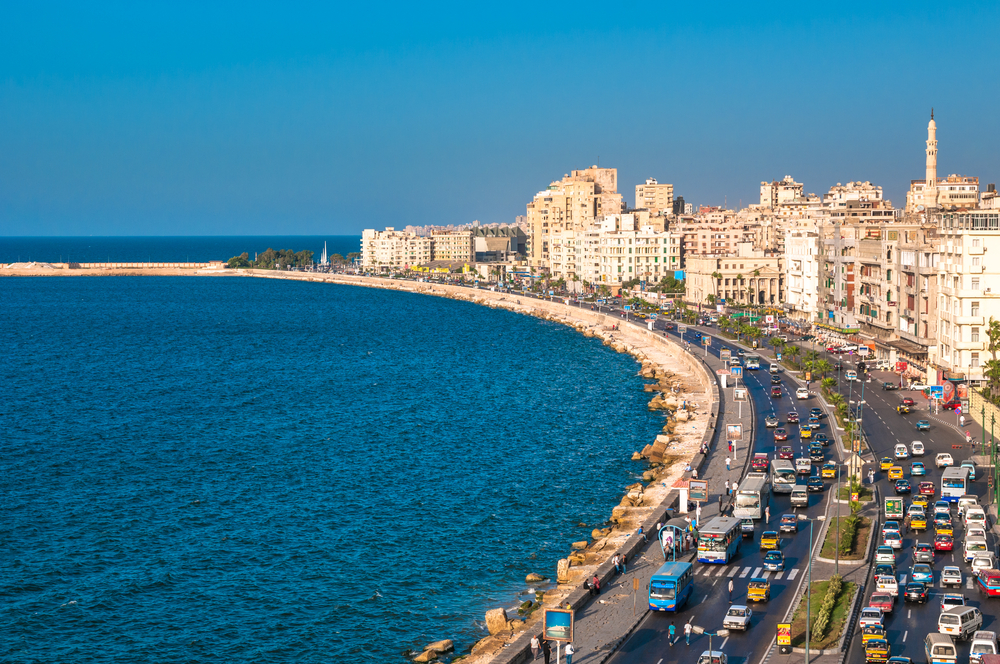 Seafront Cafes and Superb Seafood: This Sunbathed Mediterranean City is Made for Weekend Indulgence

Perhaps it’s just because I am of mixed heritage myself, but I have always liked places that feel like they are a combination of two worlds.

Alexandria in Egypt is precisely one of those places. While Cairo has a decidedly Middle Eastern feel about it, Alexandria is much more what I would call a “Mediterranean city”. It is, after all, the largest city on the Mediterranean with a population of some four and a half million inhabitants.

That is not to say that it has no Egyptian-ness to it. The people are very much Egyptians, although I would observe that the characteristic chaos of the traffic in Egypt is turned up to eleven when it comes to Alexandria. 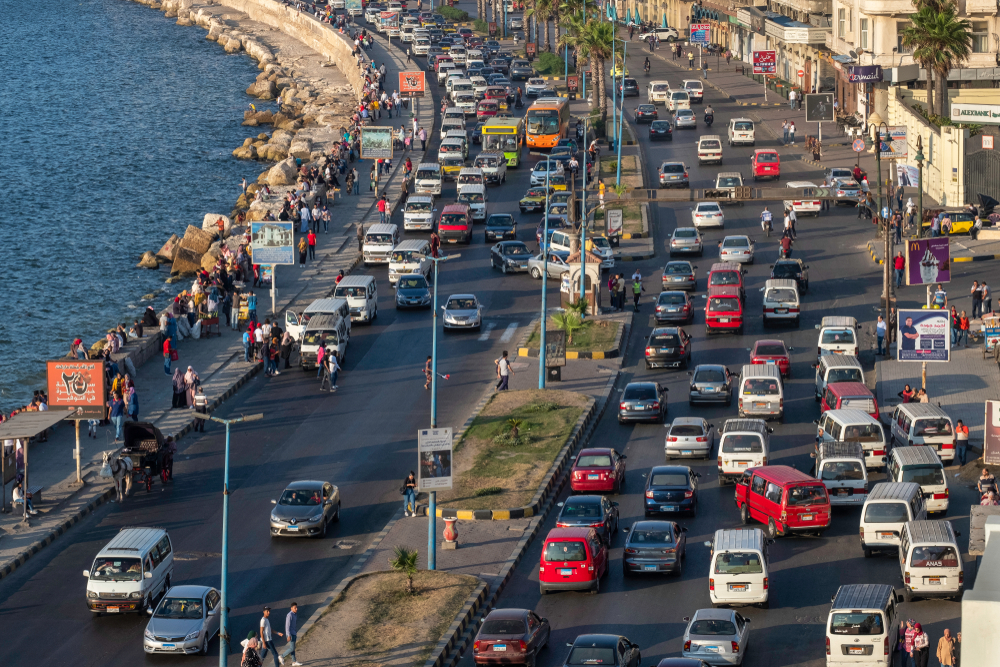 There nevertheless remains something distinctly more Mediterranean about the place and the people.

The people seem to enjoy themselves more when it comes to the small things, whether it’s a coffee, a shisha, or merely breakfast. The architecture retains visible influences from southern Europe, primarily Greece. 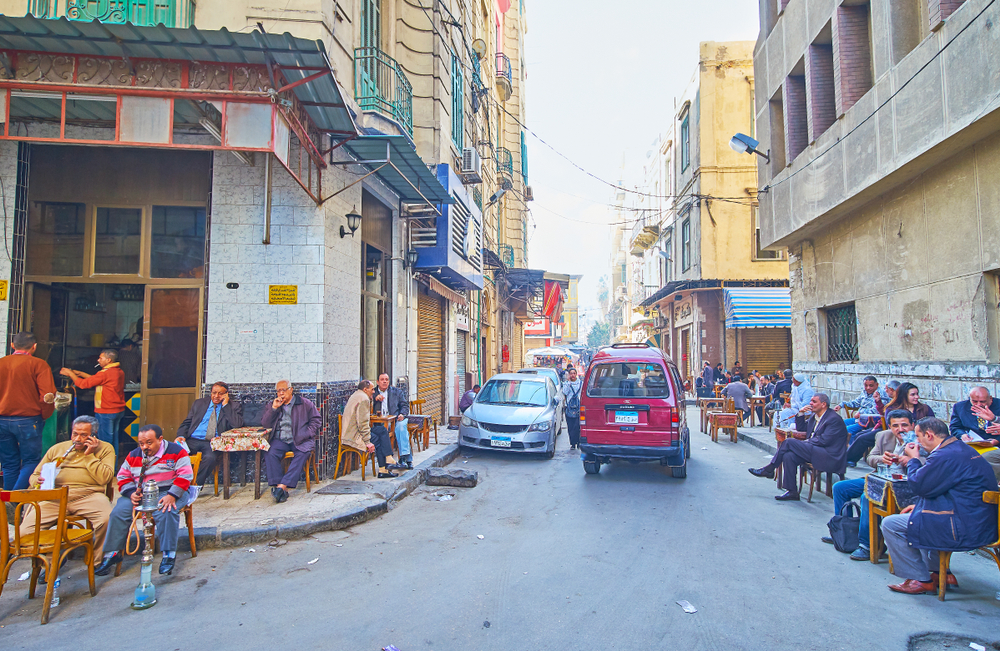 And when it comes to seafood, there is none finer in the whole of Egypt. I would say that only Port Said comes close. Not only is the seafood exquisite, but you can find it absolutely everywhere. Whether you go into one of the classy Greek-styled seafood restaurants or one of the cheaper eateries tucked away in a side street, seafood is always on the menu and it is always fresh. 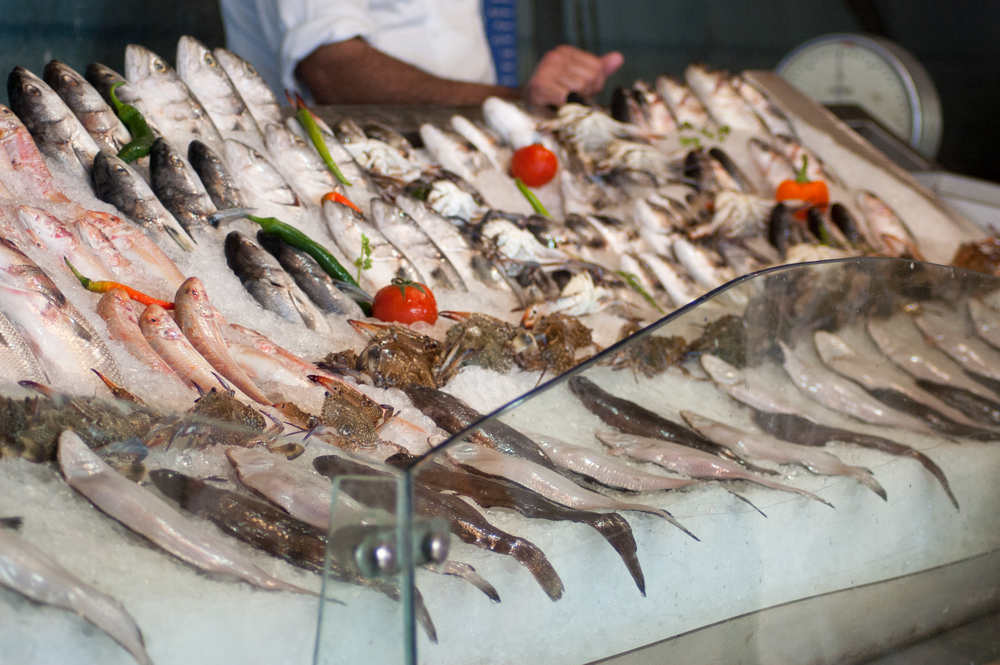 Many Egyptians will at times go to Alexandria for the weekend, if only for the food, and it was on one such occasion that a group of friends and myself made the journey and were lucky enough to find a very reasonably priced hotel right on the seafront with its own roof terrace to boot. 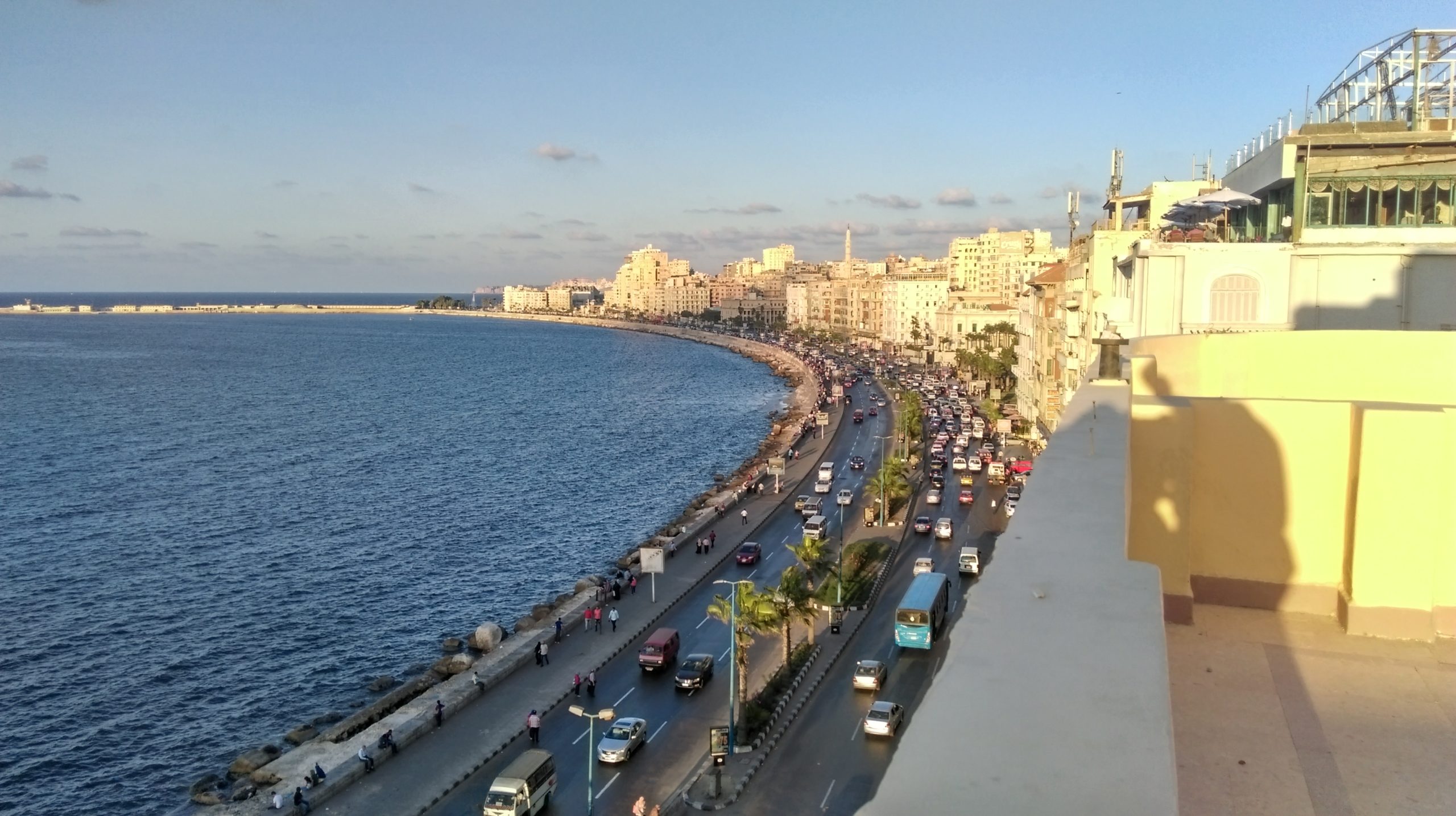 Every morning we could observe the fishermen hauling in their nets from the bay of Alexandria, and we knew that there was a good chance that we might be eating that very catch later on (at least, for those of us who ate seafood). 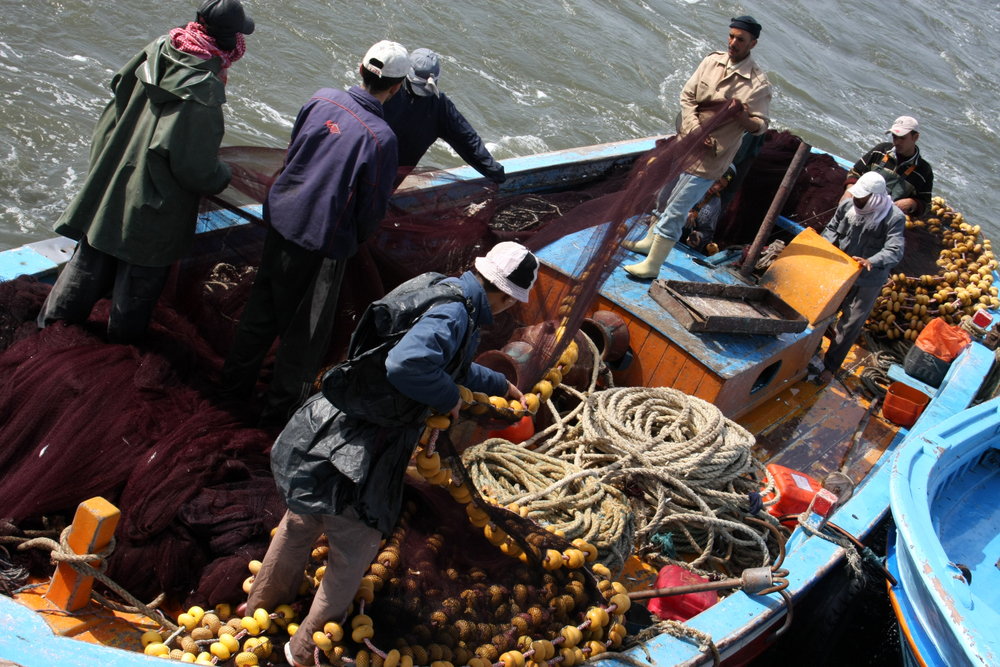 After a delicious meal at a local eatery, with shrimp being my favourite, there is no better way to unwind than to take a table at one of the many seafront cafes on a breezy summer evening. My friends and I discovered a cafe called Riviera that sold what they called “hazelnut coffee”. 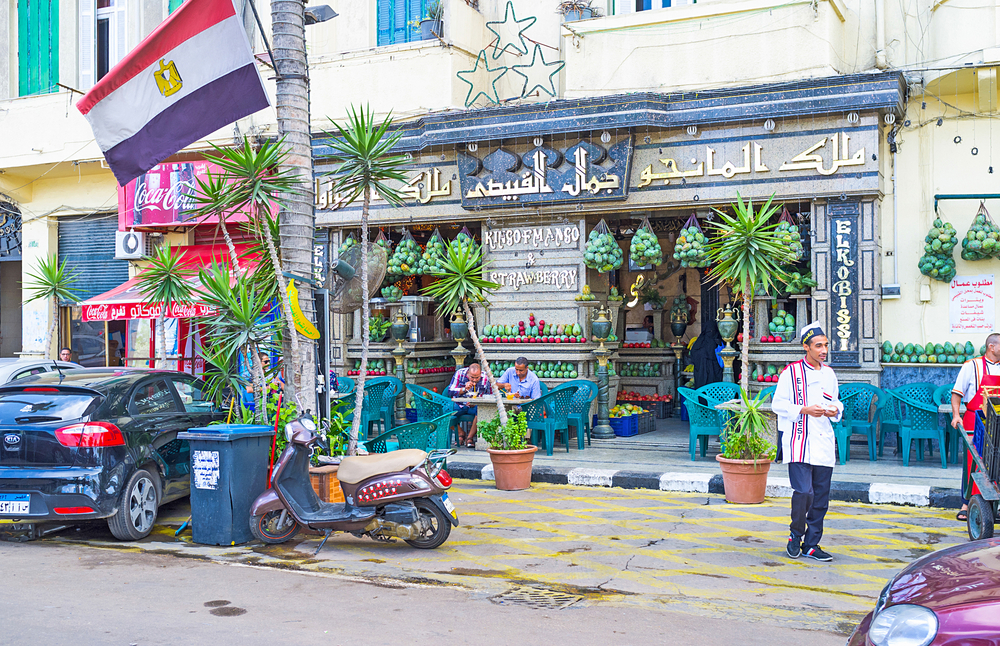 One of the restaurants at the promenade

As is so often the case, we discovered that in the last year or so our beloved Riviera had closed, and we need to satisfy our tastes elsewhere. But there is no lack of seafront cafes in which to relax of an evening, and the fantastic seafood is going nowhere. I know I’ll be going back, and sooner rather than later if I can. 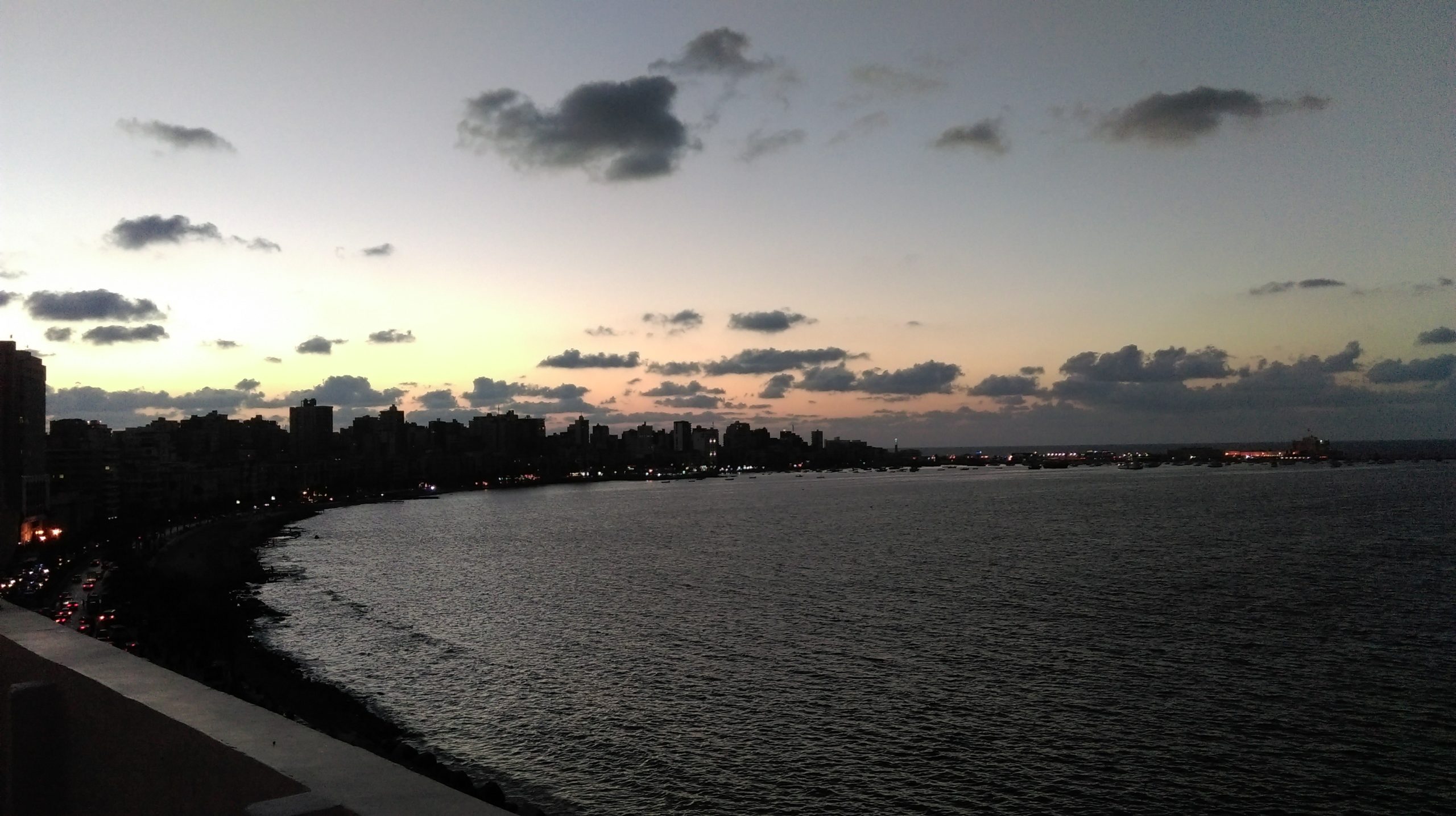