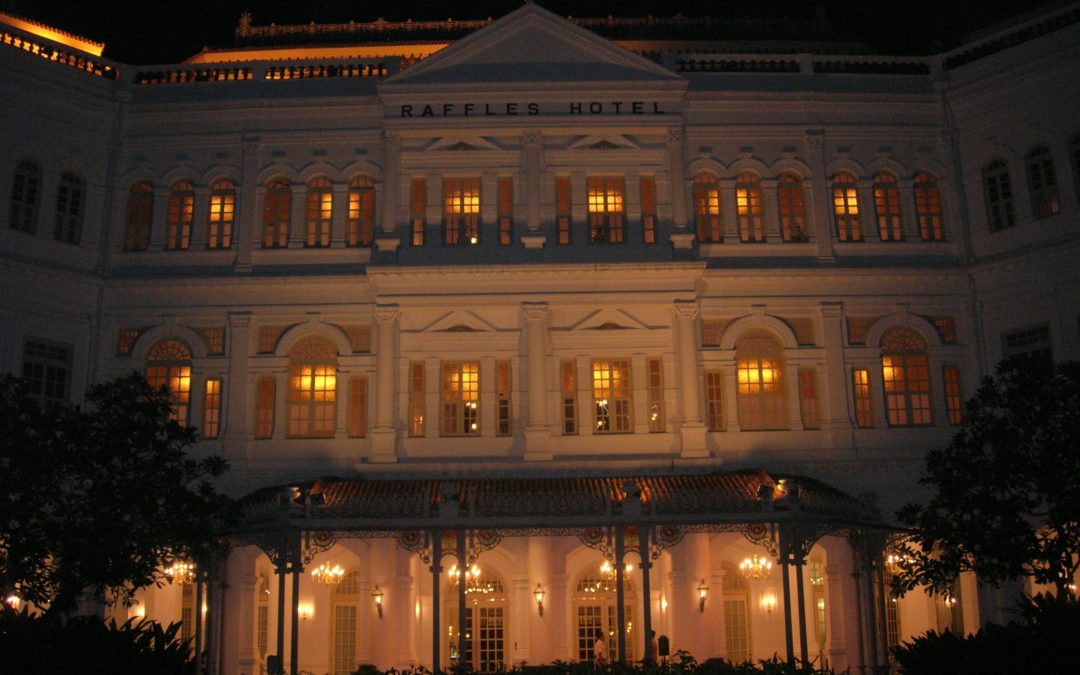 Often unfairly labelled “Asia-lite”, city-state Singapore is more suited to the moniker “Asia decaffeinated”, because while it lacks the cacophony of rival Hong Kong or the chaos of Bangkok, it is an island steeped in history and full of exotica.

From your arrival at Changi International Airport, which is consistently voted one of the best airports in the world, to settling into your hotel in the city centre less than an hour after deplaning, Singapore works like a finely oiled Singer sewing machine.

Almost always on the steamy side, being so close to the equator, the Lion City has come a long way from its fetid swampland roots nearly 50 years ago when it gained its forced independence from Malaysia in 1965.

The nascent state found itself literally at sea with massive unemployment, no natural resources, few friends and a fractious population.

But when you stand on the 57th floor Sky Park at casino complex Marina Bay Sands the city state reveals a prosperous and soaring skyline that stretches for miles. Yet, in between all the glass and chrome temples to Mammon, lies Singapore’s real charm.

The green spaces and the beautifully restored colonial era buildings effect a perfect foil for the towers of the 21st century. From China Town to Bugis to Little India, to Holland Village to the glories of the Singapore Cricket Club and the bars of Boat Quay, the city is one of contrasts and discoveries.

And, it works. The buses and trains run on time, the traffic, though at times dense, is strictly controlled and it is a walker’s delight, being virtually flat.

My favourite stomping ground as a sometimes resident starts just near Raffles Hotel, in Purvis Street where some beautiful shop house conversions played home. At either end of the historic street, known as Hainan Road Two after its original settlers from the Chinese island, are soaring modern edifices that nicely bookend the charming lane.

Looking down Purvis Street to the National Library

Unlike Hong Kong, which demolished every last vestige of its historic past in a relentless pursuit of real estate billions, Singapore’s founding father Lee Kwan Yew determined that olden is golden, so although hundreds of historic buildings were lost, thousands remain. From old convents turned into galleries and eateries to the former Supreme Court and City Hall buildings that are undergoing a painstaking renovation to create the National Gallery Singapore (opening 2015), the wrecking ball has been kept in abeyance.

Eating is the national sport of Singapore and more than 120 cuisines from Cantonese to Canadian can be found in the array of eating spots which range from excellent hawker’s markets to five-star brasseries fresh out of Paris.

For the best Indian food in the world (no arguing allowed on this one), Little India’s Khansama Tandoori Restaurant on Serangoon Road is worth leaving home for. The service, by imported help from India, is second to none and the food is sublime. They even serve adults Kingfisher Strong Lager, which takes the wind out of even the throatiest vindaloo. But it is the chicken tikka baked in the tandoor that inspires gluttony and banishes the FHB (family hold back) manners, however well-instilled. The last piece always has my name on it!

Night life, if you can still waddle, is eclectic with loads of bars, clubs, discos and theatres to choose from. From the famous Boat Quay to Holland Village, Bugis and opposite China Town, nothing is but a short cab ride away. 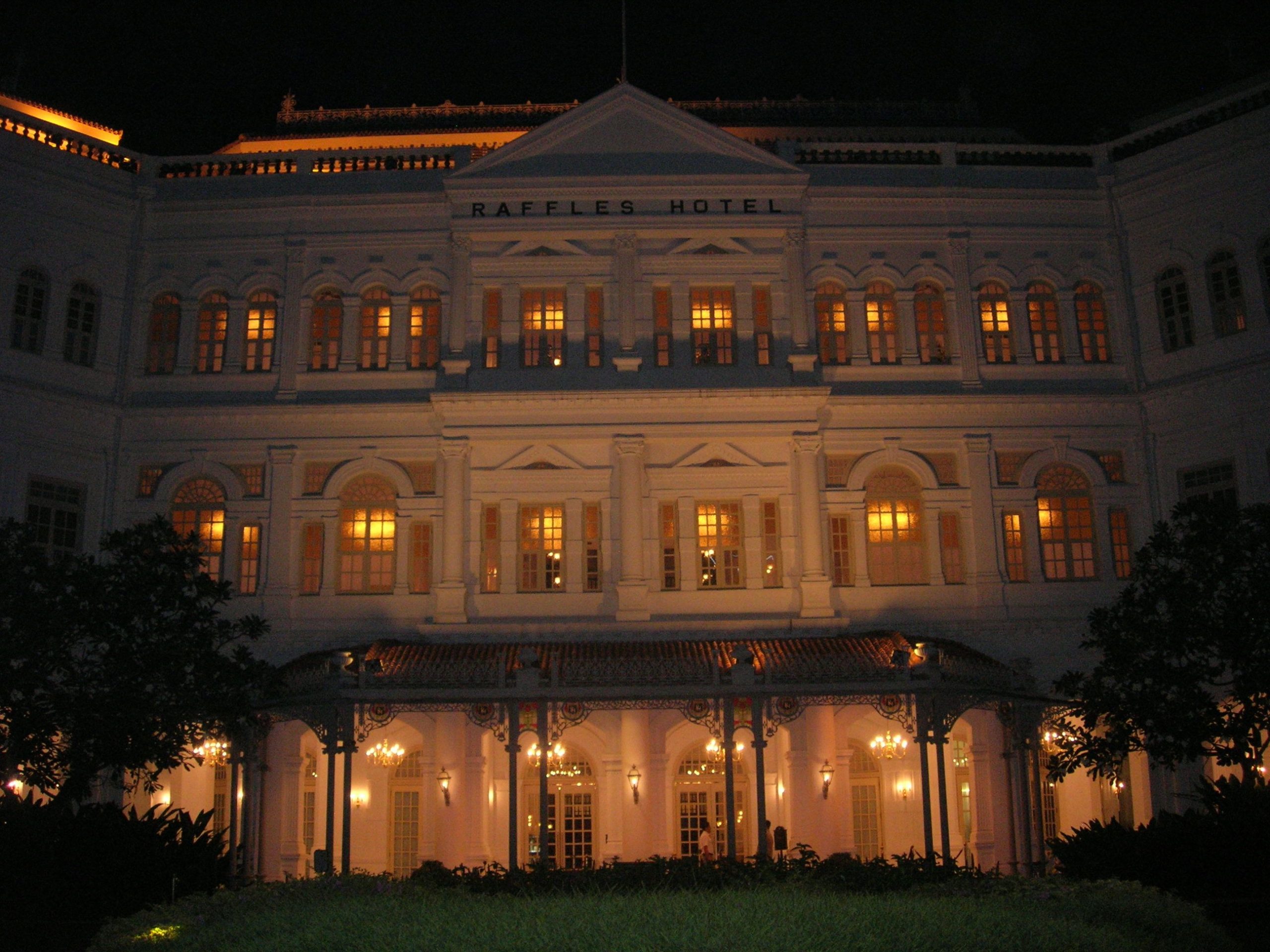 For a country with such an up-tight image, Singapore is remarkably unfazed by sin and you don’t have to look far for the seamier side of life.

The secret, though, was told to me by a doughty Singapore taxi driver: “They have the attitude, the government that is, do what you want, just don’t do it in front of my ears! (sic)”!

But, just my luck, with northwards of 30,000 taxis in Singapore, many shared by two drivers, I found the one driver who didn’t know where Orchard Towers was. The building, next door to my then office, is the most famous vice landmark on the island, known for the “Four Floors of Whores”, a gallery of bars and massage parlours that offers anything from private dancers to lady boys.

When I got in I could see the driver was youngish and nervous, and when I said “Orchard Towers please” his face registered complete panic. He didn’t know where it was! I asked politely, I thought, how any self-respecting taxi driver in Singapore could not have heard of the famous landmark.

With tears brimming in his deer-in-headlight eyes he blurted out: “Today is my first day driving a taxi!” Unlike their counterparts in London who spend six months learning The Knowledge, it seems anyone with a commercial licence can drive a cab here.

I patiently showed him the way and his gratitude was a huge smile and the refusal to take my fare. “You have saved my life!” was his parting comment.

Evoking the crepuscular world of Jack Flowers, the pimp in Paul Theroux’s bleak novel Saint Jack (later a brilliant Peter Bogdanovich film starring Ben Gazarra) set in Singapore during the Vietnam War, the “Four Floors” are a million miles ”“ yet only actually metres ”“ from the dazzling shopping emporia of Orchard Road where every brand name in the world gets a look in.

Once referred to as “the only shopping centre represented at the United Nations”, Singapore is a retail playground, made even more frenzied by the annual Great Singapore Sale (May 30 to July 27, 2014) which offers incredible discounts of up to 70 percent off many lines.

Be prepared to fight brutally over bargain stalls with rich matrons from Singapore, China, Malaysia and Indonesia, who lose all traces of polish and wealth when confronted with a good score.

Singapore also has two euphemistically named “integrated resorts”, at Marina Bay and on the island of Sentosa, which are home to two of the world’s most successful casinos. Packed with mainly Mainland Chinese and Indonesian punters, their tax revenues have given Singapore a fiscal fillip way in excess of the loss of face allowing them in the first place caused the government.

Accommodation spans the full gamut, from the grand Raffles Hotel and almost grander Fullerton (old post office building) down to budget inns such as the ubiquitous Hotel 81 chain, there is something for every traveller.

Dyspeptic expatriates at the bar of the Tanglin Club opine about Singapore: “It will be nice when it is finished.” That will be the day, it is a work in progress!

Even the symbolic Merlion, spouting perennially into the bay, has to endure construction cranes right under its mystical nose while Korean tourists snap selfies in regimented formation.

Images courtesy of the author