Discovering the Untouched Gem of Middle East: A Singaporean’s Guide to Saudi Arabia

Despite being the second-largest tourist destination in the Middle East, it wasn’t until September 2019 that Saudi Arabia opened its doors to non-Muslim tourists. In a bid to grow its tourism sector, the country has implemented a tourist visa system that streamlined the visa application process, making it easier to visit Saudi Arabia now.

Explore the many historical sites of Saudi Arabia that holds a strong culture and yet, has been left largely untouched by tourists.

Singaporeans are fortunate enough to be eligible to apply for an eVisa. Traditionally, any type of visas to enter Saudi Arabia had to be applied for at a consulate or embassy of Saudi Arabia. However, applications can now be done online which makes the whole process effortlessly seamless and straightforward!

The new tourist visa will be eligible for one year and grant a tourist multiple entries into the country, with each stay lasting up to a maximum of 90 days.

How to get to Saudi Arabia

Since the inception of a tourist visa is still new, direct flights to Saudi Arabia from Singapore can only be done via Saudia Airlines which lands in Jeddah. For cheaper options, try the flight to Jeddah via Kuala Lumpur from Malaysian Airlines. Be sure to plan in advance as these flights to Saudi Arabia are not as frequent as flights to other destinations.

For those who favour a road trip, it is possible to travel into Saudi Arabia by land. But that is not recommended as the visa application will require you to specify the port of entry which is only present from Jordan, UAE and Bahrain for now.

There are plenty of hotels in the city of Jeddah and Mecca which cater to Muslim pilgrims and businessmen beforehand. Although there are some budget hotels, most of the accommodation options are luxury hotels with slightly steep prices. Here are some of our preferred accommodation choices that will guarantee you a sweet stay while you’re in Saudi Arabia.

A luxurious hotel situated within a prime district, a stay at Prime Hotel Jaddah Al Hamra is truly fit for royalty. 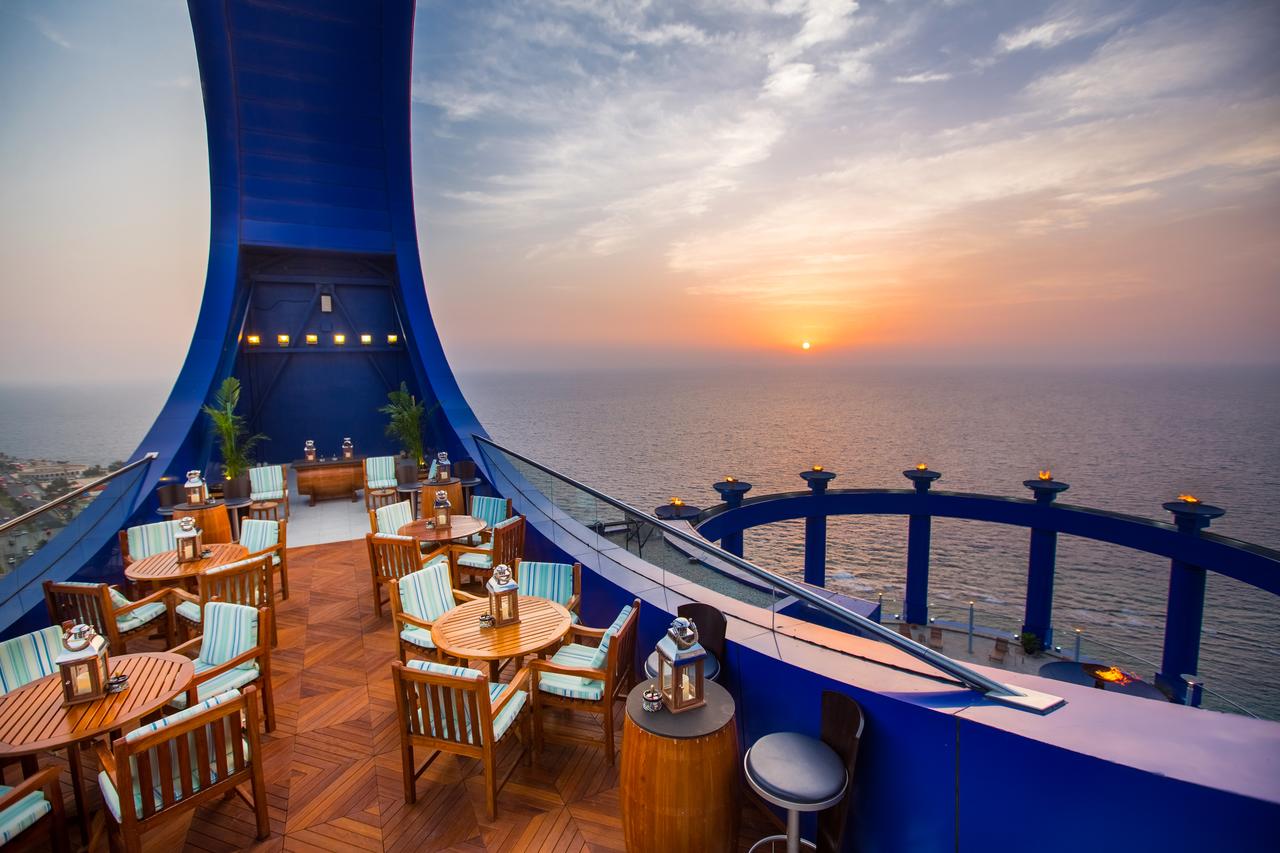 The coastline of Jeddah is one of the best views to take in, and there’s really nothing better than waking up to the sunrise from your Rosewood Jeddah room

Located adjacent to Masjid Al Haram, the Makkah Clock Royal Tower has the best location possible. It is the closest hotel to Kaaba, and also the best for Umrah and Hajj and the iconic clock tower will make for a memorable stay.

Conveniently located in the city of Makkah, Jabal Omar offers a comfortable and exquisite stay for visitors and pilgrims alike. It is a minute away from Al-Masjid Al-Haram and seamlessly connected to Jeddah, making it extremely convenient to get around.

Wonders of a Kingdom

Do not be surprised by the many skyscrapers and advanced modern architecture when you land in Saudi Arabia. Within the city of Riyadh lies a piece of history that has been left untouched by for the past 150 years. The century-old Al Masmak Fortress represents an important piece of the Kingdom’s history as it was seized by King Abdulaziz in the early 20th century.

The Fortress served as an ammunition warehouse and later on as a prison amongst its many other uses. It now stands as a museum and displays exhibitions of Saudi Arabia’s roots through artefacts, photographs and many other historical items.

The Jeddah Waterfront costing US$200 million to build is Saudi Arabia’s very own version of Singapore’s Marina Bay. The promenade stretches across the coastline of Red Sea and boasts 3 new beaches for swimming, parks, fountains, play areas and even fishing zones. Offering stunning picturesque views throughout the day, the Jeddah Waterfront is a must-visit during your stay here.

Visit the National Museum of Saudi Arabia for a lesson on the rich history of Saudi Arabia and the legendary story of how King Abdulaziz regained Riyadh and established his kingdom. 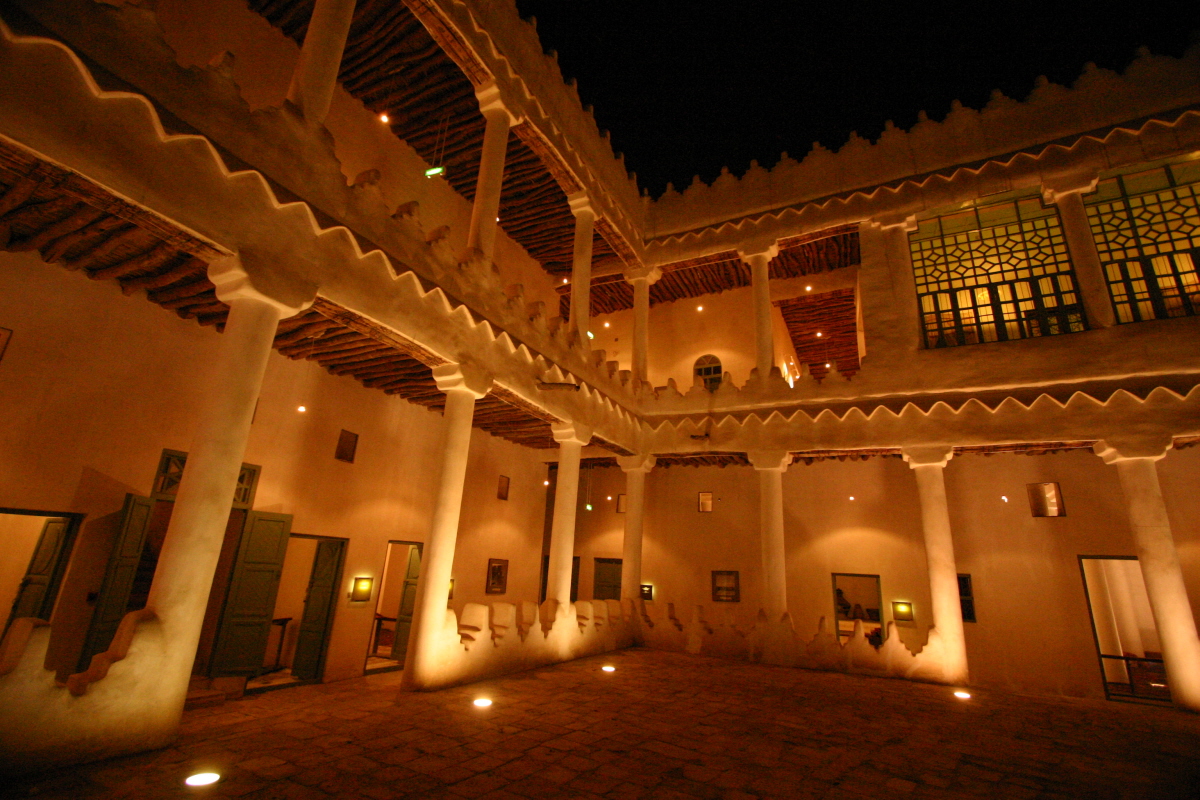 Constructed in a traditional Nadjean style, the Al Murabba Palace was home to King Abdulaziz before he passed on in 1953. Within the palace sits many of King Abdulaziz’s prized possessions that still remain in pristine condition for visitors to admire.

Photographs of the King with leaders from other countries and a Rolls-Royce car gifted by Sir Winston Churchill are some of the items on display. The Palace is also the first place in Saudi Arabia where a lift was built – simply because King Abdulaziz was suffering from arthritis and thus was unable to climb the stairs.

Known as the Edge of the World, Jebel Fihrayn is part of the cliffs that stretch 600km across Saudi Arabia. The Jebel Fihrayn is a 1.5-hour drive from Jeddah and is a popular hiking spot. The hike to the summit is not easy, but you’ll be rewarded with a spectacular view of the surrounding planes which was originally the seafloor.

You will want to spend at least 2 hours for site-exploring and a round trip drive will take up 4 hours. So plan ahead and factor in the extra time as the gates close at 6pm daily, and you wouldn’t want to be stuck in the valley for the night.

Endless sand dunes and a disappearing lake form the Al Kharrarah National Park. Truly a contrast to the cities in Saudi Arabia, the national park is a place to take in the scenery or partake in some exhilarating activities such as quad biking and sandboarding.

The disappearing Lake Kharrarah got its name as it only forms after the rainy season. It is nestled between hills and evaporates during the warmer seasons, leaving behind a plane of green fields busting with wildlife. 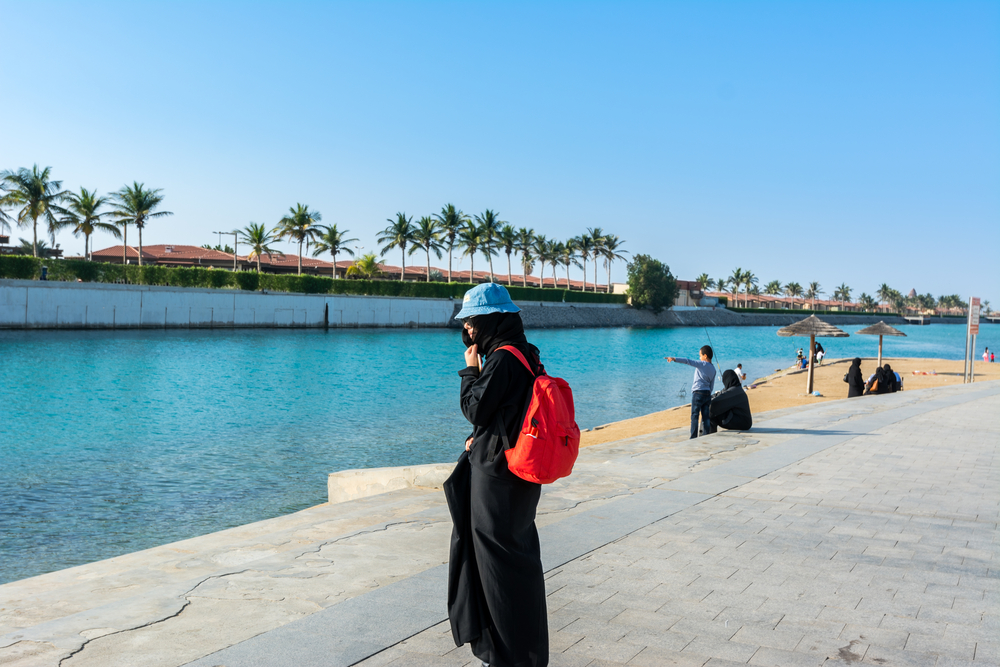 Saudi Arabia is one of the most conservative countries in the world and here are some essential rules you should know to avoid getting into any unnecessary trouble.

Below are some of the newly relaxed regulations:

Although Saudi Arabia does not seem to be a common travel destination, it’s ‘untouched’ beauty and unexplored wonders make it a superb choice worth considering for your year-end holiday.