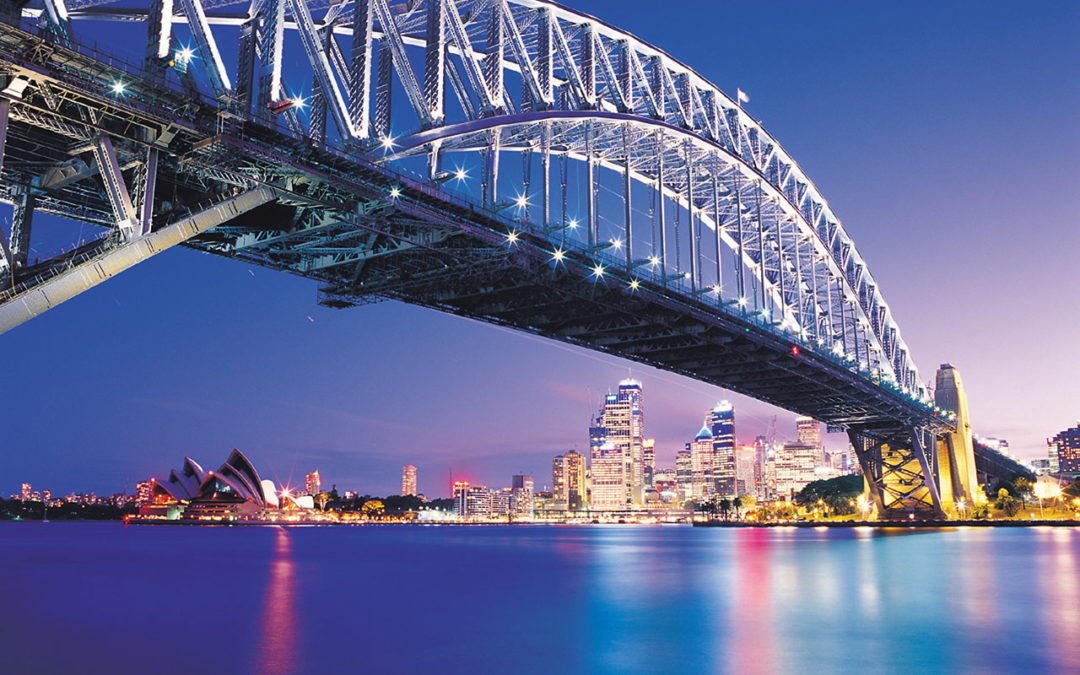 Did you know that Sydney’s Opera House, a UNESCO World Heritage Site, almost didn’t happen? Or that the locals refer to the Harbour Bridge as the ‘Coat hanger’, because of its shape? And how many metros offer you the chance to get up close and personal with nature?

Sydney dishes out surprises at every corner making the flight to the land down under totally worth it. Here are ten facts about Sydney you probably didn’t know”¦ 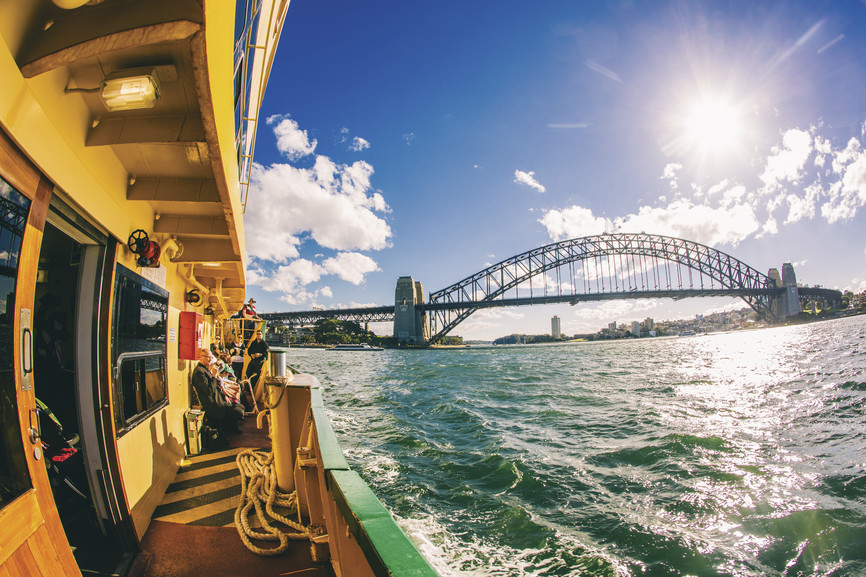 1) On top of the world – The Sydney Harbour Bridge is the largest and tallest steel arch-bridge in the World. No small feat considering it was built in the 1930’s! Today the bridge carries eight traffic lanes, two rail tracks, a walkway and a bicycle path”¦ As well as a set of stairs to the centre of the arc! At the summit, there’s no sound save for the howling of the wind, and you are greeted by 360 degree views of one of the most beautiful cities in the world. 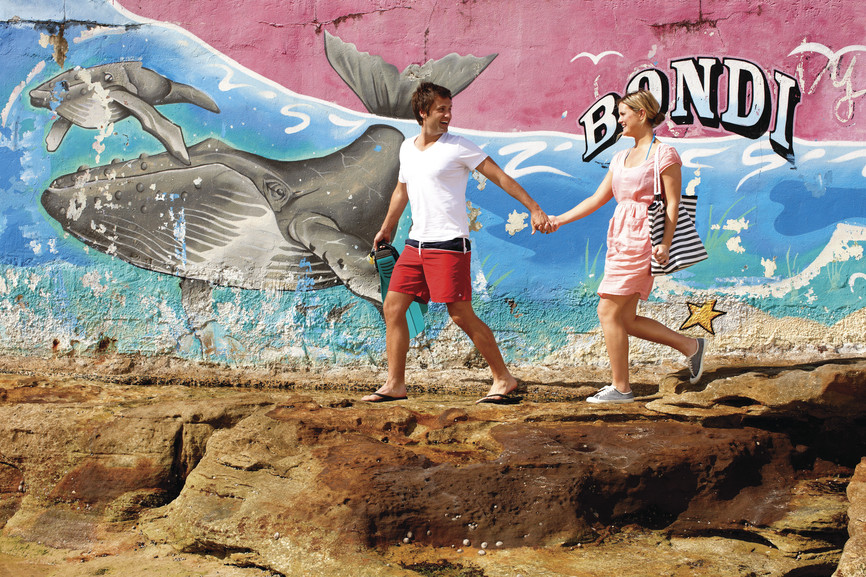 2) A walk to remember – Sydney is a city set in the wild. Locals have a deep reverence for nature, protecting and preserving the flora and fauna, which is why Sydney is known for her nature trails. There’s something to suit every fitness level, and the views are always stunning. Take the coastal route and stroll from one beach to another. Or opt for an adventurous bush-walk. With routes clearly marked online, all you have to do is put on your sneakers and get going. 3) Sydney’s festival of lights – It’s not Diwali. It’s Vivid. And it’s about lights, music and ideas. Held annually in the May-June period, Vivid Sydney is when you get to see the Sydney Opera House and the Sydney Harbour Bridge bathed in lights; lights shaped like koalas lurking in trees inside parks; illuminated bulbs that you can step on when walking toward the beach”¦ Just when you thought the city couldn’t get prettier, Vivid makes Sydney sparkle! 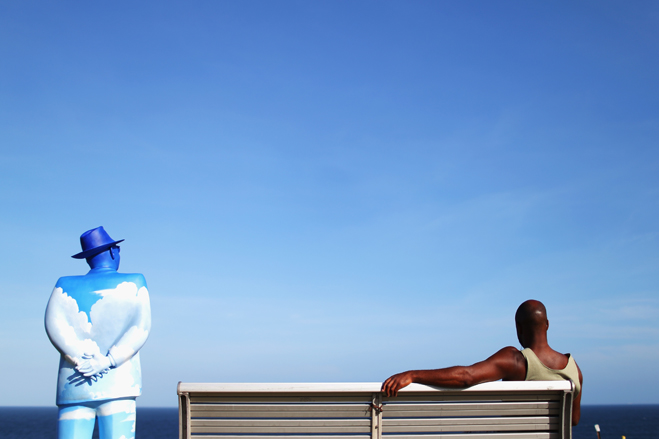 4) Be a beach bum ”“ Try your hand at surfing, diving, kayaking, stand-up paddle-boarding, or a jet-boat ride. You can even head to a Manly’s Sea Life Sanctuary for shark diving. With over 100 beaches in and around the city, there is no aquatic adventure you can’t experience. Sydney’s beaches also have a creative side. Time your visit with the annual art festival Sculpture by the Sea, and you’ll be mesmerised by the Bondi-Tamarama stretch as it transforms into the World’s biggest open-air sculpture gallery. 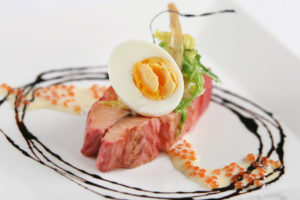 5) Eat that ”“ The gastronomic scene changes seasonally, but going local always remains in vogue. The result – you can eat out and still stay healthy. Sign up for food tours which showcase Sydney’s favourite eateries. Walk through the Rocks market with its many food stalls. Or treat yourself at a Michelin-starred restaurant. Fancy some kangaroo meat? Head to the Australian Heritage Hotel in the city-centre to try some.

6) Shop till you drop – Sydney’s shopping scene ranges from bustling bazaars to extravagant malls. Paddy’s market is where you go if you’re looking for bargains. Or head to Westfield on Pitt Street Mall to find all the biggest names in the fashion world.

7) Game on – India’s famed Tendulkar’s been here, so have Dhoni, Kohli and other cricket legends. The Sydney Cricket Ground (SCG) has seen more than its fair share of action. Sign up for a tour and you’ll be taken behind-the-scenes and into the stadium. Look out for your favourite cricketer’s initials etched into the dressing room’s wooden desks or cupboards. Until you meet him, this is as close as you can get.

8) Go the extra isle: Sydney’s picture-perfect harbour comes with eight gem-like isles. The most famous is Cockatoo island, a 10-minute ferry-ride from the city. Try camping, or a glamping adventure. To spice things up, there are tours with treasure hunts. With maps and clues you will be walking through the island, alongside stretches of blue, and often stumbling onto hidden coves. A day spent like that is a real treasure. 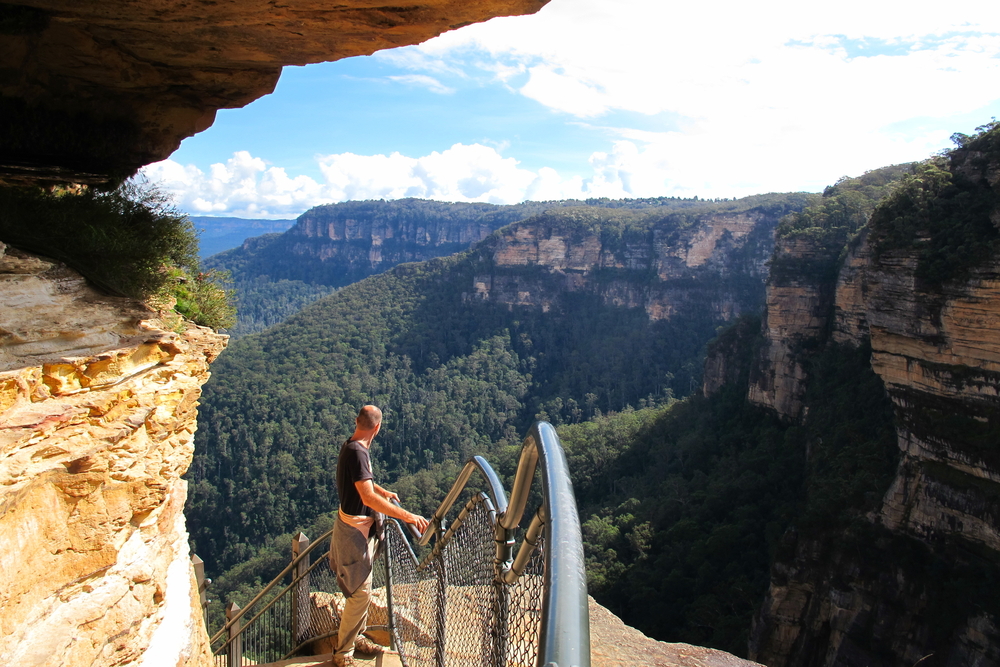 9) Run for the hills – The Blue Mountains, an-hour-and half by road from Sydney, is filled with eucalyptus trees which exhale a fine bluish mist making the mountains appear coloured. They are also rich in aboriginal legends. There are several hiking paths in the mountains, along which you may come across age-old aboriginal carvings on the rocks. The natural beauty itself looks like art – a cloud of mist around you as you cross over little streams, spot shrubs peeking under rocks, while tall trees stand atop peaks. It seems too good to be true. But there it is, at the edge of Sydney.

10) The Opera show – The Opera House wasn’t built by an Australian, but a Danish architect named Jorn Utzon whose design won the competition held in the ’50s to pick the best form for the iconic structure. Today, a guided tour reveals the 14 year journey of the Opera House, from design to completion, and the tragic story of how Utzon never returned to Sydney to see his masterpiece complete. Ironically, today, no trip to Sydney is complete without visiting ‘one of the 20th century’s most distinctive buildings’.

Get on it, grab yourself a great flight to Sydney now! Great airfares from India here, from Singapore here, and from Malaysia here. And for the best stays check out these great hotels.