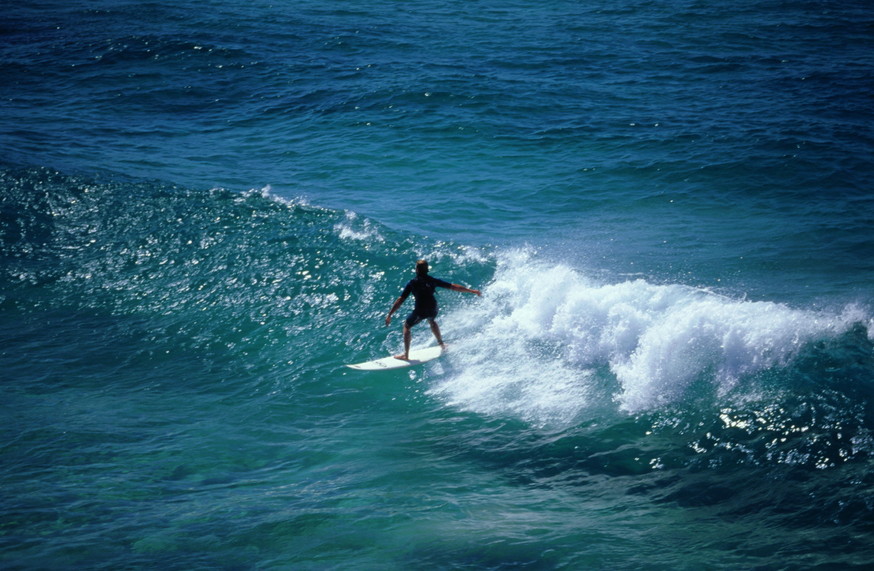 Sydney in summertime is all about its coastline, and few stretches are as iconic as the sea-sculpted section from Bondi to Bronte. Learn to surf at Bondi, join the beautiful people in Tamarama and swim in Bronte’s family-friendly rock pool.  See all three beaches on the Bondi to Bronte walk – a short, spectacular coastal trail along epic sandstone cliffs.

Start your tour on the sweeping, sandy arc of Bondi Beach, a kilometer of golden grains where people from all walks of life come to play.  It’s a hive of activity all year around, but especially in summer, when crowds sprawl over the sand. Swim between the flags and learn to surf in the gentler waves at the beach’s northern end.  Grab lunch with a view on Campbell Parade or check out the vibrant off-beach dining scene on Hall Street. Shop in the funky back street boutiques and browse the Sunday markets for hand-made jewelry, local designs and stylish seconds. Watch the waterside action from the promenade or marvel at the acrobatic kids at Bondi Skate Park. Take a dip in the Bondi Icebergs ocean pool, or contemplate the swimmers with a drink in the restaurant above.

With its brazen beauty and eclectic crowds, Bondi Beach is the hub of many summer events. This is where backpackers wearing Santa hats and swimming costumes celebrate Christmas Day. A week later, revelers welcome in the new year with fireworks and a beach dance party with international DJs.  In January, the short film festivalFlickerfest kicks off Sydney’s summer cinema season with screenings in Bondi Pavilion and beneath the stars on Bondi Beach.

It’s all-natural glamour along the cliff-top walk, which begins at Icebergs on Bondi’s southern crest.  Take in exhilarating views over the Pacific Ocean as you wind along the craggy, timeworn cliffs past sporty locals. In early November, you’ll also pass more than a hundred beautiful and thought-provoking sculptures as part of the Sculptures by the Sea exhibition. Previous exhibits have included metal insects crawling over a car, curvy stone women sunbaking on the rocks and wire igloos on Tamarama Beach.

Nicknamed Glamarama for its beautiful crowds, Tamarama offers great surfing, a deep semi-circle of sand for volleyball players and a grassy area for barbeques and picnics. From here, the coastal walk climbs again, offering more stellar sea views before descending to Bronte. Swim from the beach or in Bronte Baths, where the swimming lanes bob around in the ocean waves. Surfers can try the right-hand waves at the south end or the beach breaks in the north. The tree-lined park is popular for family picnics and riotous soccer games and you’ll find great coffee in the strip of trendy cafes.

Walk back to Bondi, hop on a bus to the city or continue along the coastal walk. From Bronte, it stretches south to the snorkelling havens of Clovelly and Gordons Bay; Coogee filled with families and backpackers and Maroubra with its huge waves.

This summer, immerse yourself in Sydney’s sun-drenched lifestyle on a walk from Bondi to Bronte.