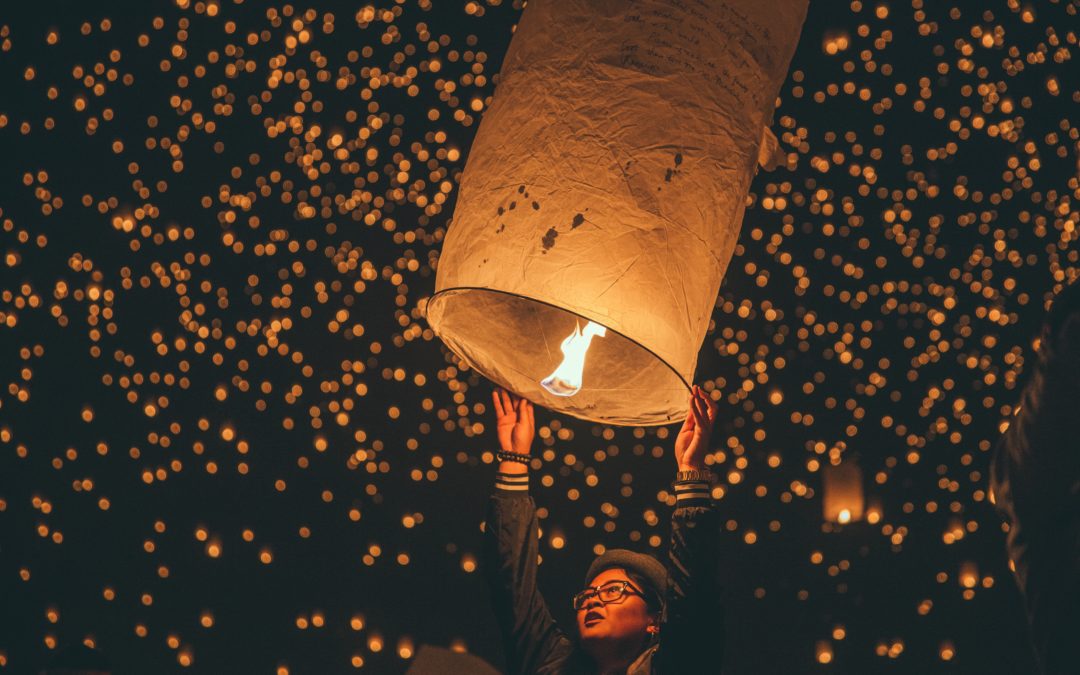 Loy Krathong and Yi Peng: Don’t Miss Out on the Spectacular Lantern Festivals That Will Light Up the Sky

If you happen to visit Thailand in the month of November, you should not miss out on the Loy Krathong festival, which as claimed by local people is the most beautiful festival celebrated in the country. One can witness the magic of this festival by placing himself near the rivers which are beautifully lit up with thousands of candles floating as far as your vision can take you. 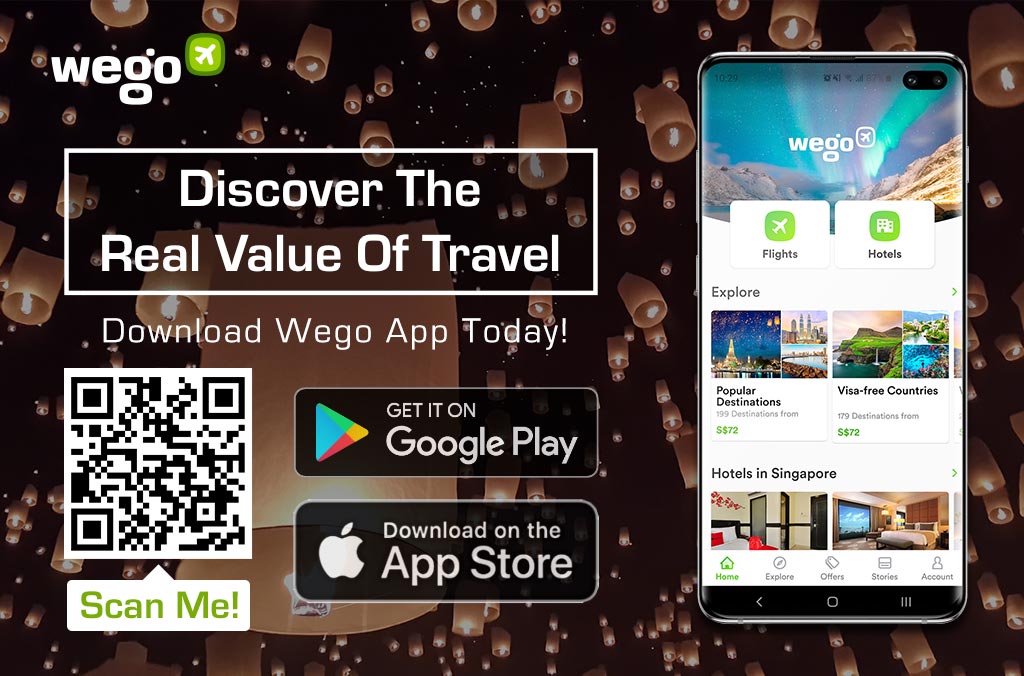 What is Loy Krathong? 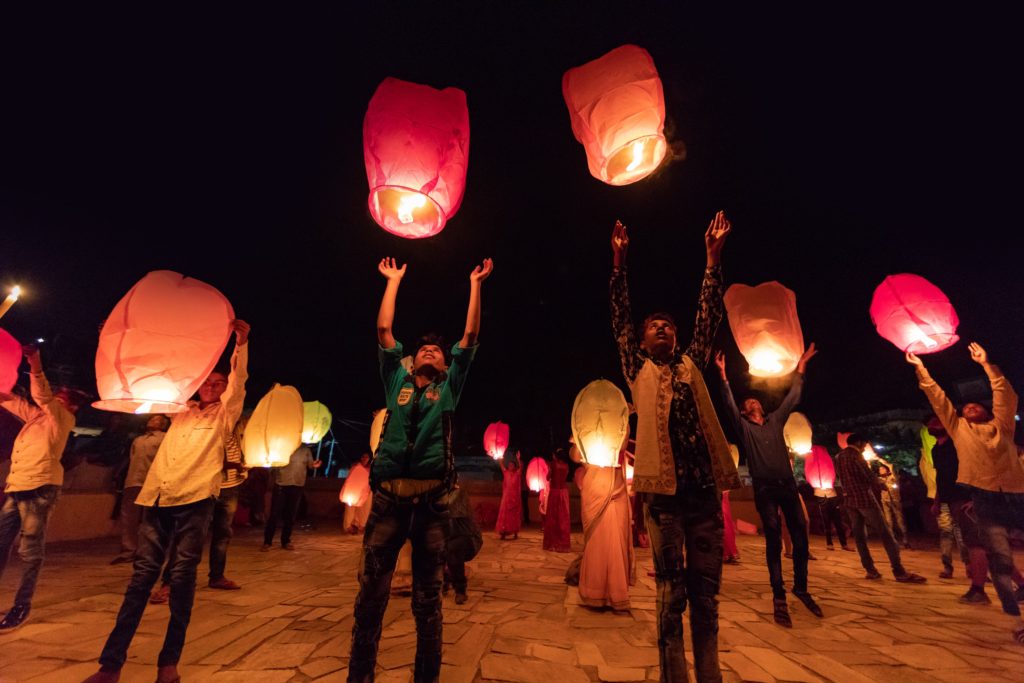 It is the most beautiful and vivid festival that is celebrated all across the kingdom of Thailand. Krathong means, a piece of banana trunk decorated with flowers, banana leaves, candles, and incense sticks, and Loy means to float, when put together they can be translated as “to float a basket.” The Thai people gather in masses to celebrate this festival and to show their love and affection towards Buddha and the Goddess of water. They pay their respects by floating away from the baskets with candles, Krathongs, they believe by doing so one is relieved of all their negative thoughts and anxieties. Also, Many people place strands of hair or fingernails in the Krathong as an act of sending away the sadness or bad luck in their lives.

Many folklore is associated with the festival of Loy Krathong, as to why people celebrate this festival. Many says, they thank the Goddess of the river for always being generous and being benevolent towards them, many people believe this festival will take away their bad luck and will bring joy and happiness in their lives.

When it is celebrated? 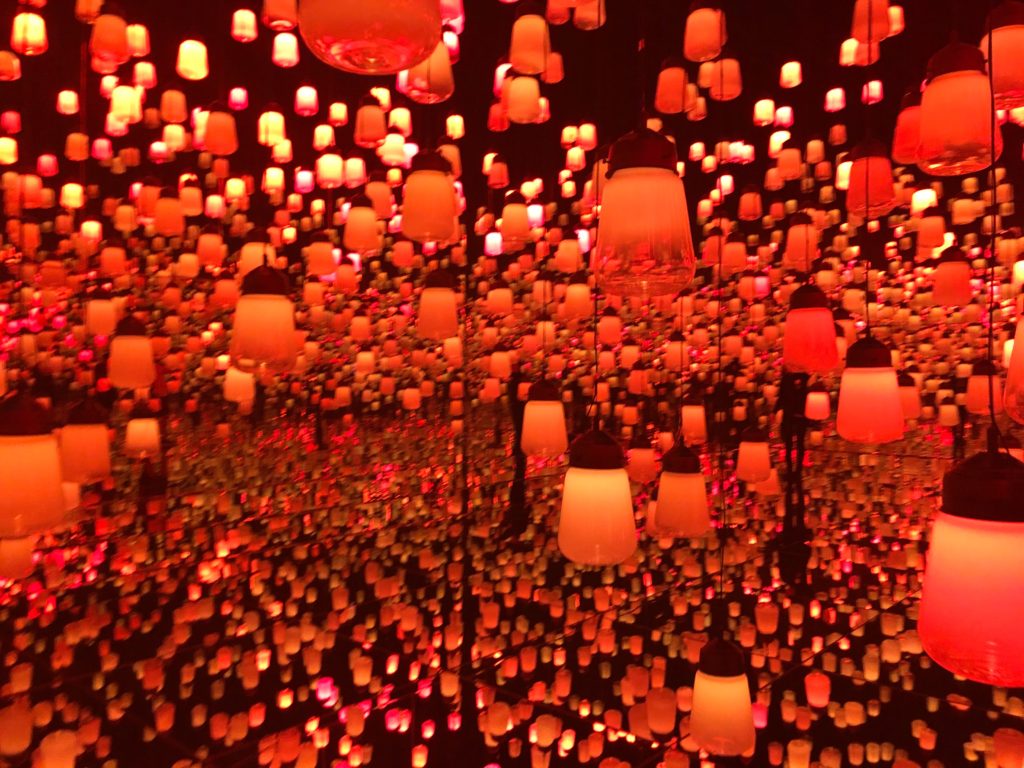 This festival is celebrated on a full moon evening of the 12th month in accordance with the Thai Lunar calendar. It falls every year in the month of November according to the western calendar.

Where is it celebrated?

The festival is celebrated all over Thailand. Where Thai people pay their respects to the goddess of water, by going to rivers sides, ponds, lakes, almost anywhere in the country where natural streams are present. There are cities where this festival is celebrated on a much larger scale like, Bangkok, Chiang Mai, Phuket, and Sukhothai. 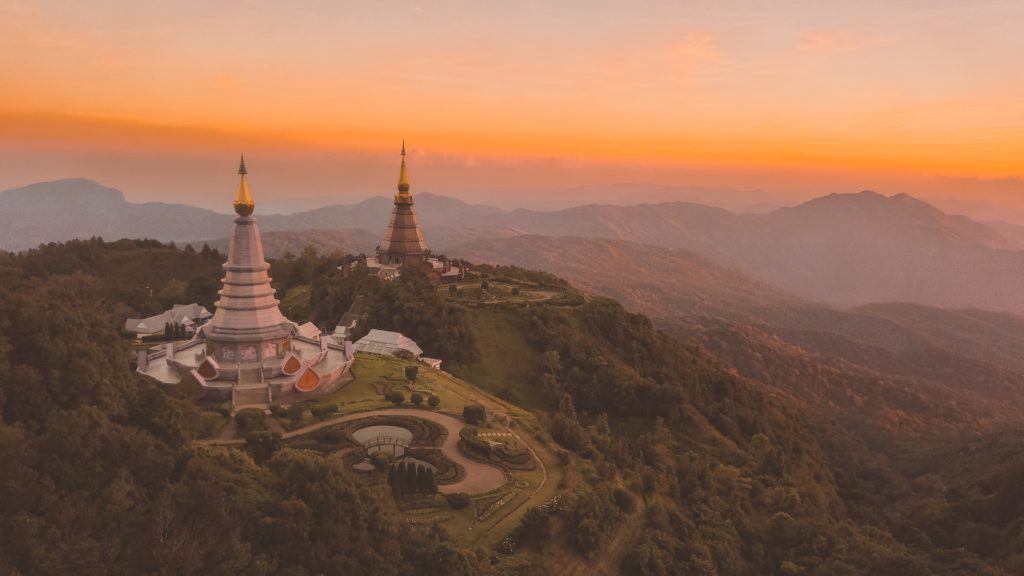 While visiting Thailand you should also be a part of the Yi Peng festival which is celebrated predominantly in northern parts of Thailand. This festival is a microcosm of the bigger festival of Loy Krathong. It is believed that when the rivers are in their fullest and the moon at its brightest, it is the perfect time to set off the lanterns.

What is Yi Peng? 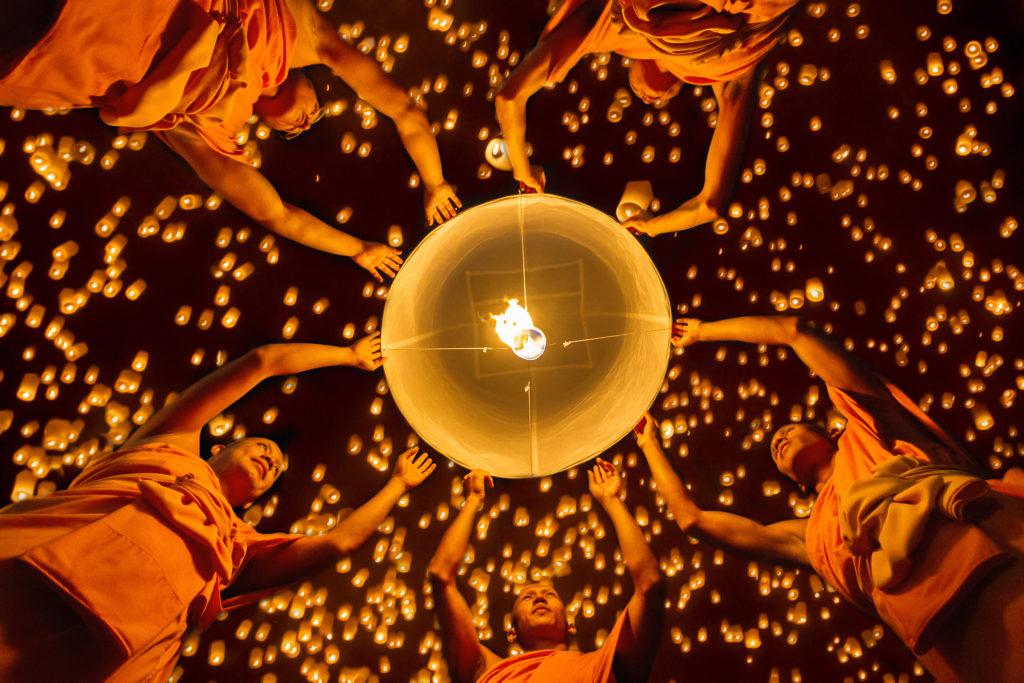 Yi Peng is a festival where one can witness the beauty of being under a full moon sky which is lit with a thousand lanterns. These lanterns used are called Khom Loi, made from rice paper. It is believed that these lanterns will take away your ills and misfortune as they’ll go high up in the sky. Buddhists believe that if you wish for something, with a good heart while releasing the lantern, that wish comes true. This festival is said to be the time to ‘make merit.’ During the time of this festival, streets are filled with people and local vendors selling the lanterns, if you are visiting Chiang Mai you better hurry and buy these lanterns early because they will run out. Apart from this, the festival has many more things to offer like traditional Thai dances, live music, and the official Yi Peng Parade.

The festival is deeply rooted in Buddhism and some even believe that it originated from India.   Originally this festival was celebrated to a mark of the withdrawal of the monsoon season and the coming of the cool and dry season. This festival has close ties to the Lanna Kingdom (currently in northern Thailand) and is the biggest festival celebrated in  Chiang Mai, the ancient capital of the Lanna Kingdom. 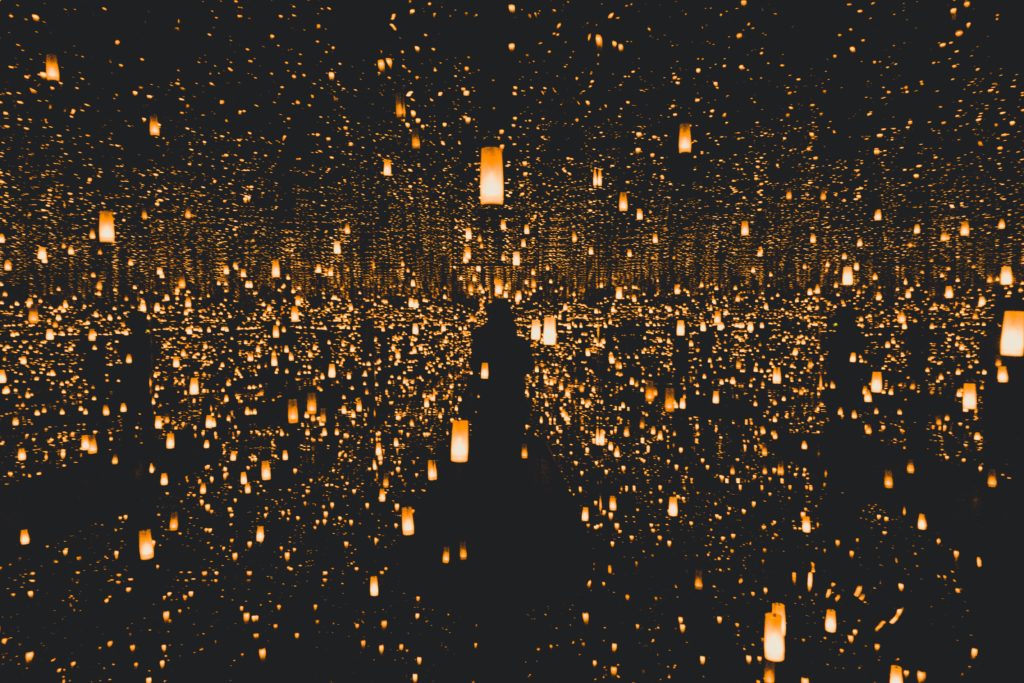 When it is celebrated?

Yi Peng is another festival celebrated on the first full moon of the 12th month of the Thai lunar calendar. It is celebrated alongside the Loy Krathong festival. 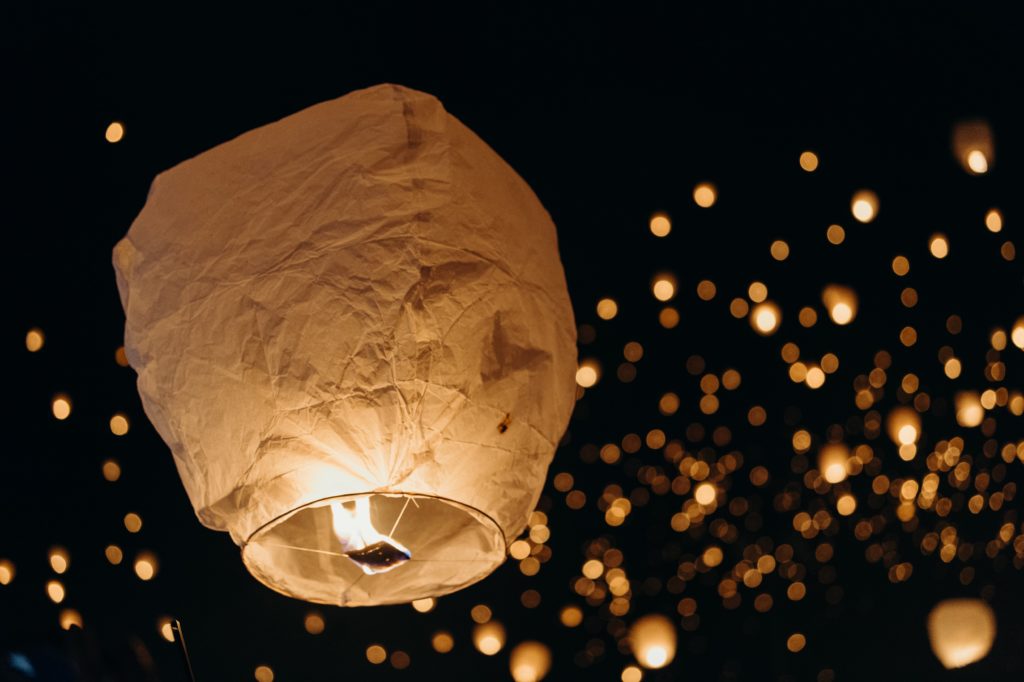 Where is it celebrated?

Unlike the Loy Krathong festival, Yi Peng is not celebrated all over the country, it is only celebrated in northern Thailand especially in Chiang Mai. You can head to Mae Jo University to celebrate the festival, but you should arrive prior to the big release to find a good spot to enjoy the magical festival. 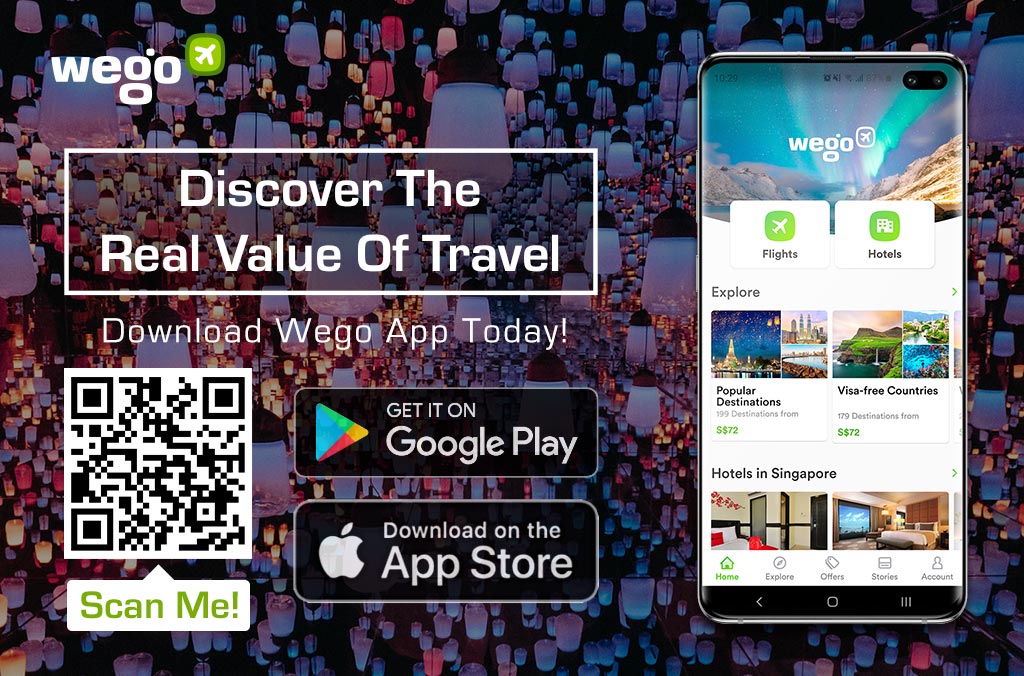