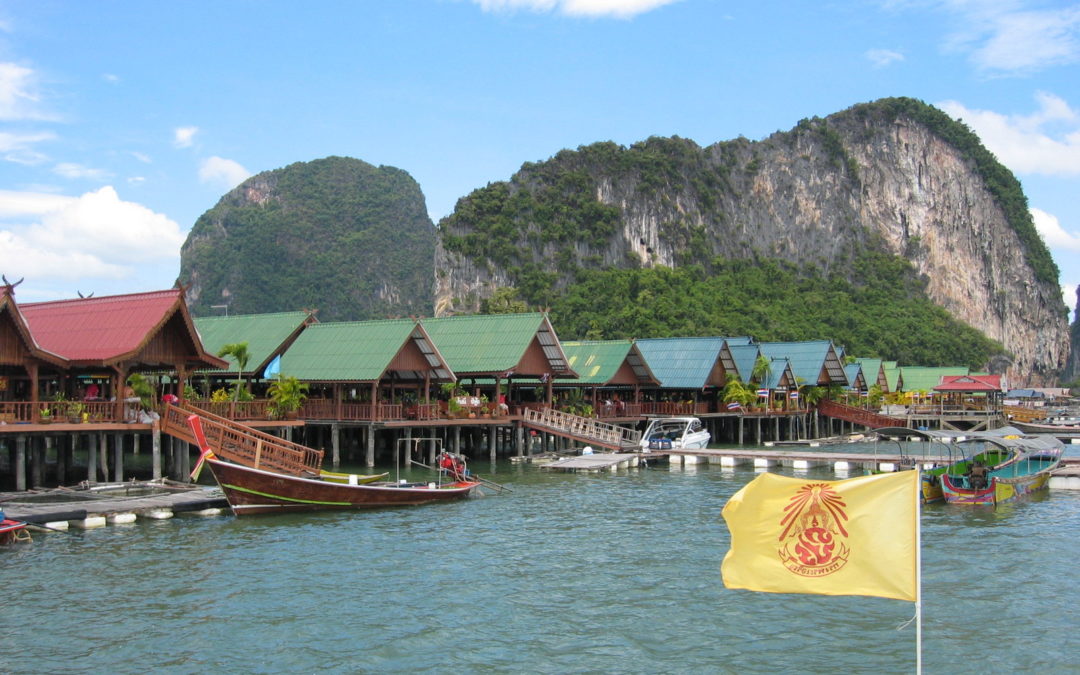 What happens when your island is so small there’s no room for a football pitch? Build a floating one of course! On the tiny island of Koh Panyi off the coast of southern Thailand, a group of passionate football-loving fishermen, wouldn’t let the lack of space on their island hold them back. Instead the enterprising group came up with the idea of creating a pitch that extended out onto the water.

The island itself is fascinating. Over a thousand people live in a stilted community over the water at the foot of enormous limestone cliffs that soar out of Phang Nga Bay. After the last remnants of the tiny beach where they would once play football was built upon, the sport crazy villagers looked to the only free space available; on the water. Inspired by the wide rafts used for fishing they set about creating their first floating pitch out of scraps of wood. Following many iterations and improvements they eventually came up with a floating pitch.

The team is regularly visited by other teams in the region for friendly, but dedicated tournaments and games, and two local players have successfully moved into the professional league. They train unlike many of your other local football teams, hopping in a boat instead of a bus and heading out for the nearest sandbank. Next time you’re holidaying in Thailand, visit this wonderful spot which is just a 20 minute tail-boat ride from Phuket, and envy these wonderfully friendly people living in a true paradise.

Watch this great video from Vice Sports and meet the footballing fisherman of Koh Panyi.