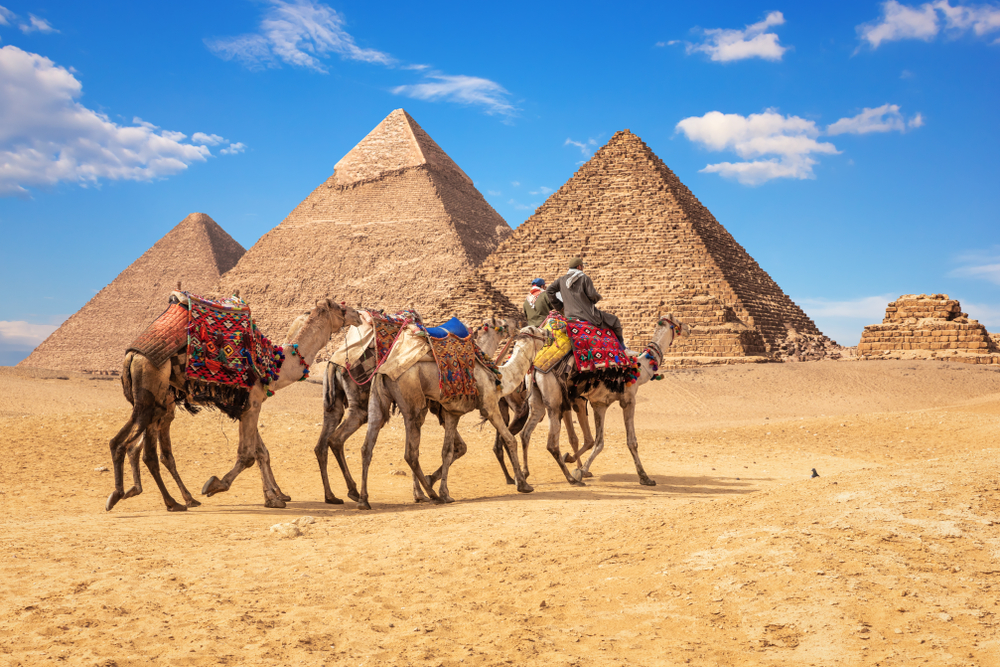 I’ve Visited the Giza Pyramids Multiple Times, but This One Thing Never Fails to Surprise Me

As a lover of history, I cannot help but become entranced by being in the mere presence of ancient monuments. And they don’t come any older or monumental than the Pyramids of Giza.

Situated on the western side of the Nile in Egypt lie a trio of engineering marvels surrounded by a plethora of smaller monuments that date back thousands and thousands of years.

Although I have visited the Pyramids on multiple occasions, I find myself taken aback by the sheer size of them every time I return. Indeed, on a clear day in Cairo, you can see them from miles away; a reminder on the hazy horizon of the distant past.

While I would advise you to be careful when choosing a local guide, as many of them can be somewhat overbearing, it is always a good idea to know exactly what it is you’re looking at as you’re walking around. 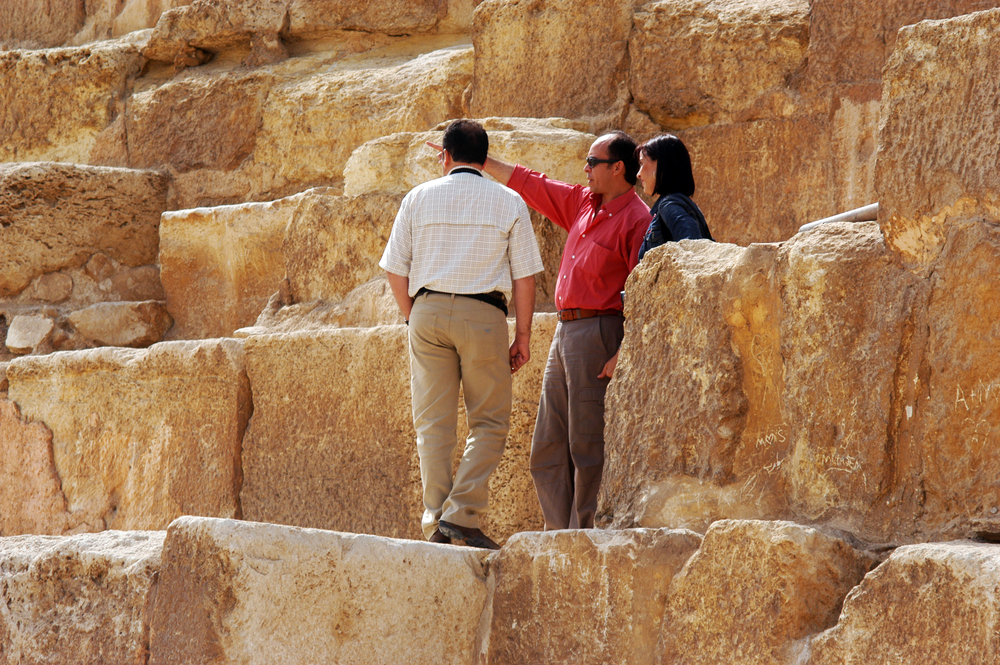 As I gaze at the aptly-named Great Pyramid of Khufu (known also as Cheops), I remind myself that I am looking at a structure that is some 4,500 years old.

Millions of blocks of solid stone had to be quarried and transported across Egypt to erect this colossal 5.75 million-ton monument that aligns perfectly with the four points on a compass.

Being cognisant of this as I look on instils a deeper sense of awe as I fully appreciate the magnitude of what I am looking at. 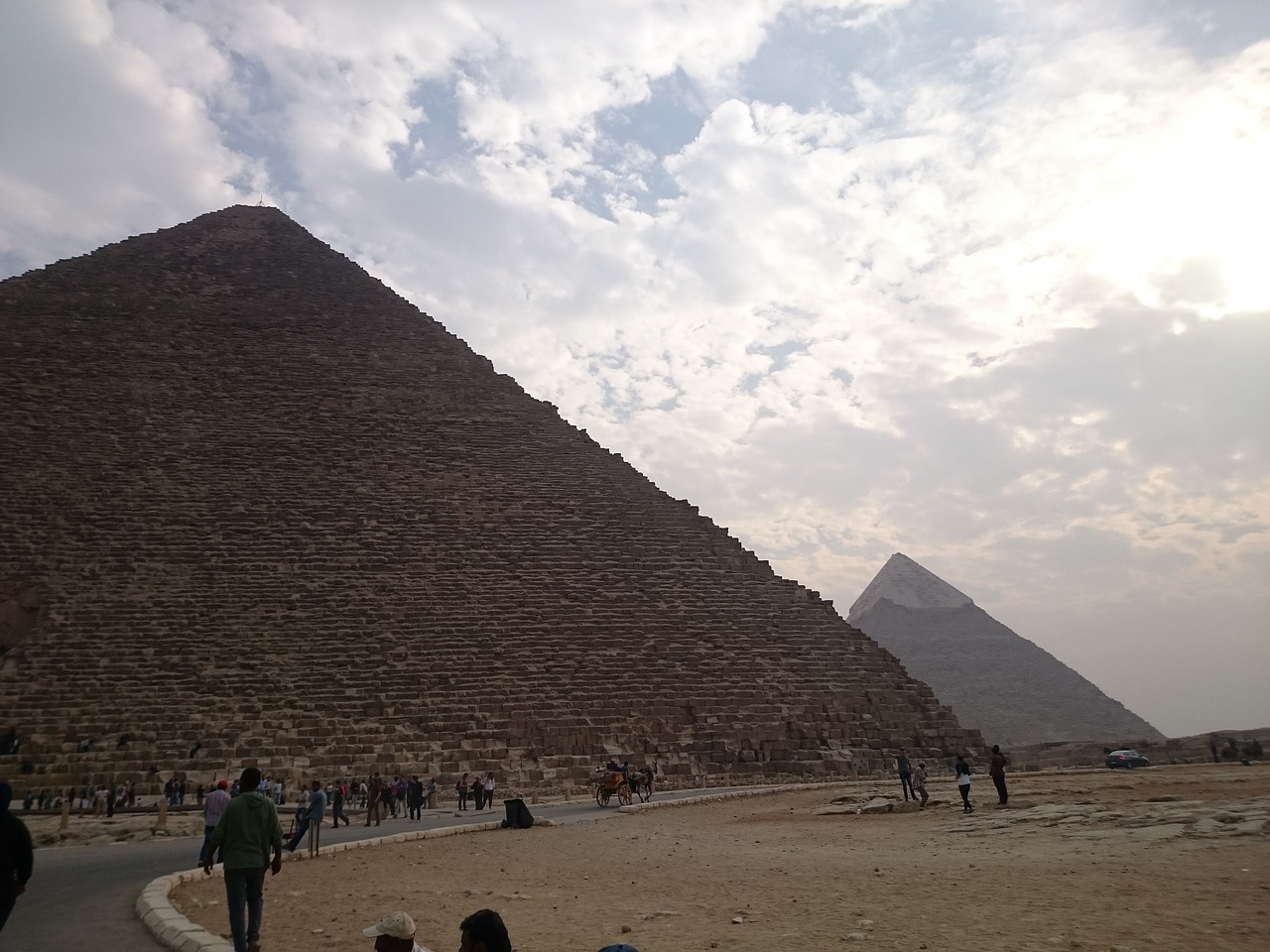 Although they appear to be close together, the three pyramids are far enough apart that it isn’t convenient to walk from one to the other.

This impression of closeness is due to the fact that they are indeed far larger “in the flesh” than they appear in photos. Car, bus, or camel will make the journey easier; the latter only if you aren’t scared of the things and the heat is tolerable. 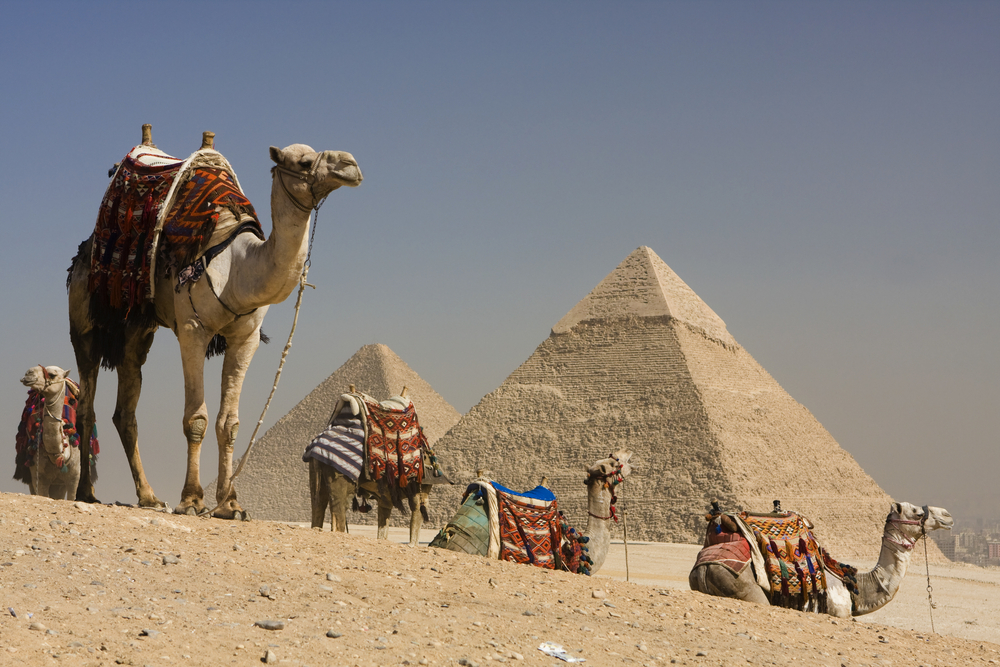 Just off to one side lies one of the few other Ancient Egyptian monuments as famous as the Pyramids: The Great Sphinx of Giza. This recumbent carving of a mythical beast with a human head and lion’s body looks almost to be guarding the cyclopean structures that lie just beyond it in the desert. 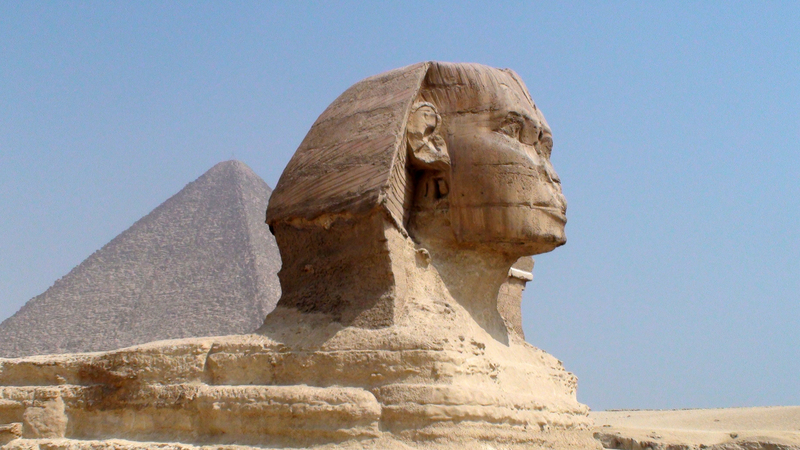 Assuming that you haven’t lumbered yourself with an overbearing guide (who often won’t take no for an answer), I cannot stress enough the simple pleasure of just wandering around the Pyramids and surrounding structures to soak in every little detail. 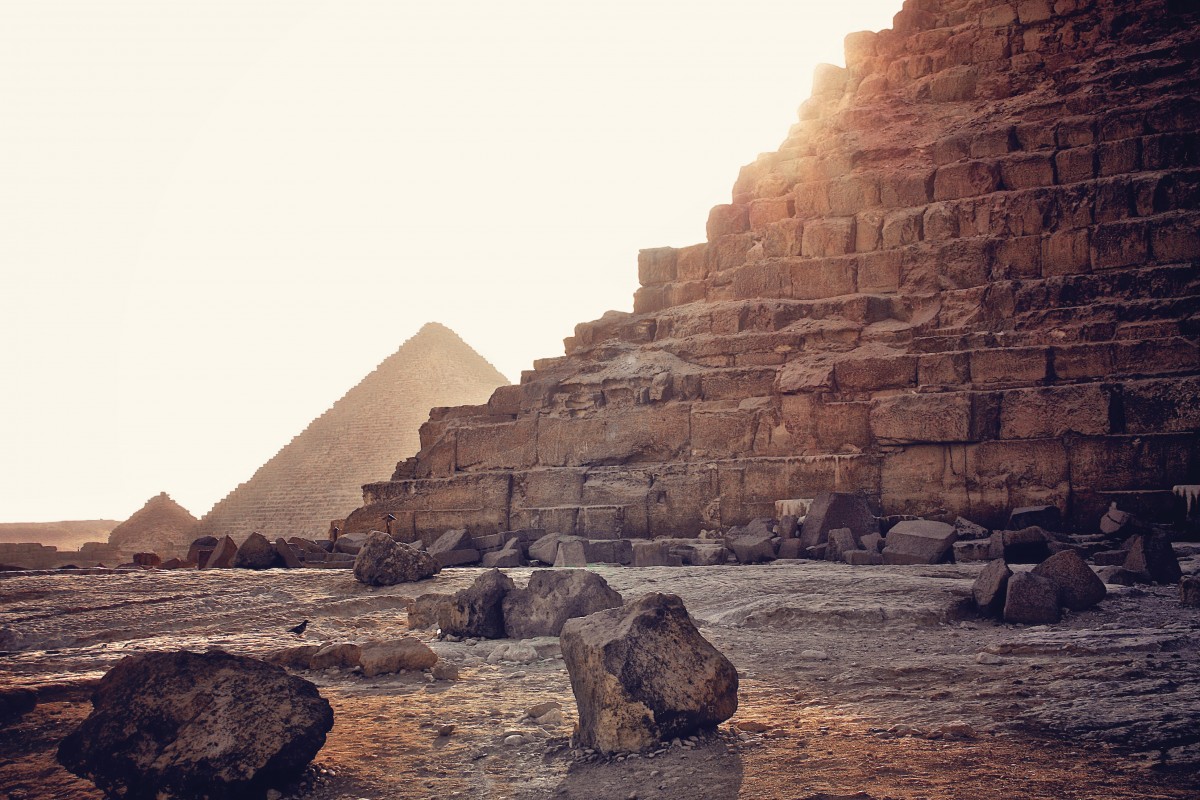 The level of craftsmanship that is apparent in even the smallest building astonishes me every time. It can be easy when one is distracted not to appreciate the fact that even a small nearby temple is almost perfectly symmetrical, with smooth walls built out of solid stone and not a single piece out of place, and all of this long before iron tools are said to have been first used. 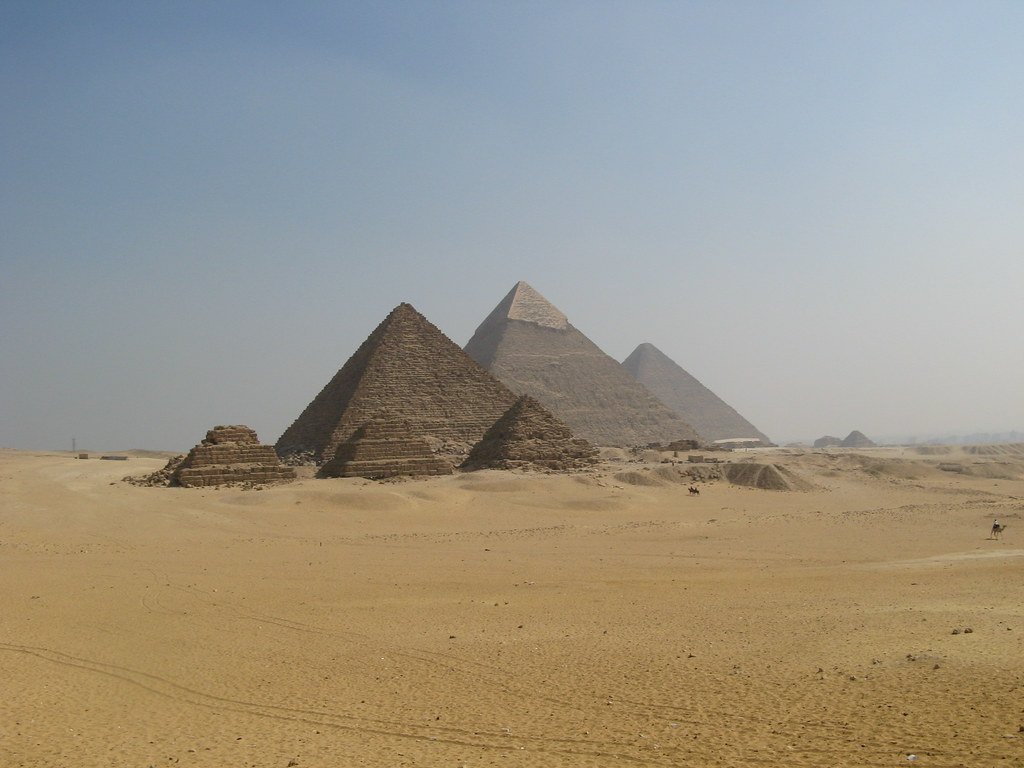 As I finish my visit and exit the grounds that encompass the area near the Sphinx, and find myself back in modern Greater Cairo (wherein lies Giza), I cannot help feeling a sense of loss. Always reluctant to leave, and always eager to revisit and obsess; or maybe that’s just me.