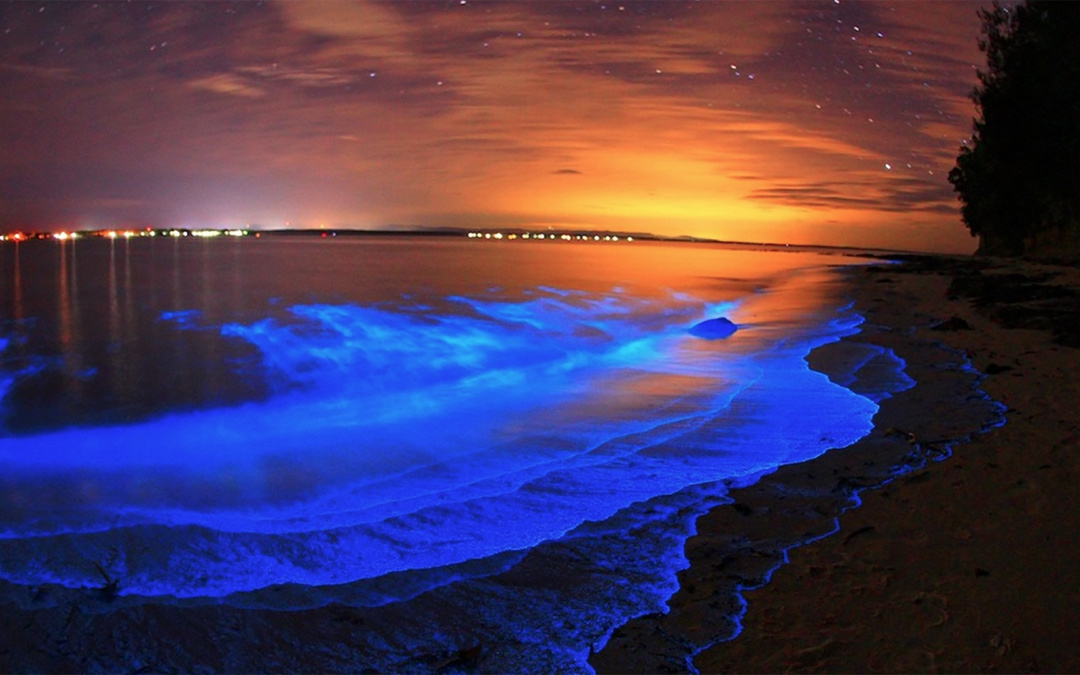 The Night I Swam in Fairy Dust and Glitter: The Unforgettable Magic of Mexico’s Manialtepec Lagoon

One of the sad but inevitable downsides I have found to travelling for so many years is that amazing things stop having quite as much ability to amaze. As I gaze upon a beautiful waterfall somewhere a small voice in my head, unwelcome but audible, says ‘but it isn’t quite as impressive as waterfall X in country Y’.

The same voice mutters as I scale Mayan pyramids in Guatemala, wander glittering temples in Thailand, hike through a jungle or attend a festival.

The impact of seeing a certain kind of incredible something is always strongest the first time; it carves a deep groove in my memories, senses and emotions. After that, experiences and sights just fall into that same first groove – still enjoyable but entirely without the ability to make me go “wow!”. 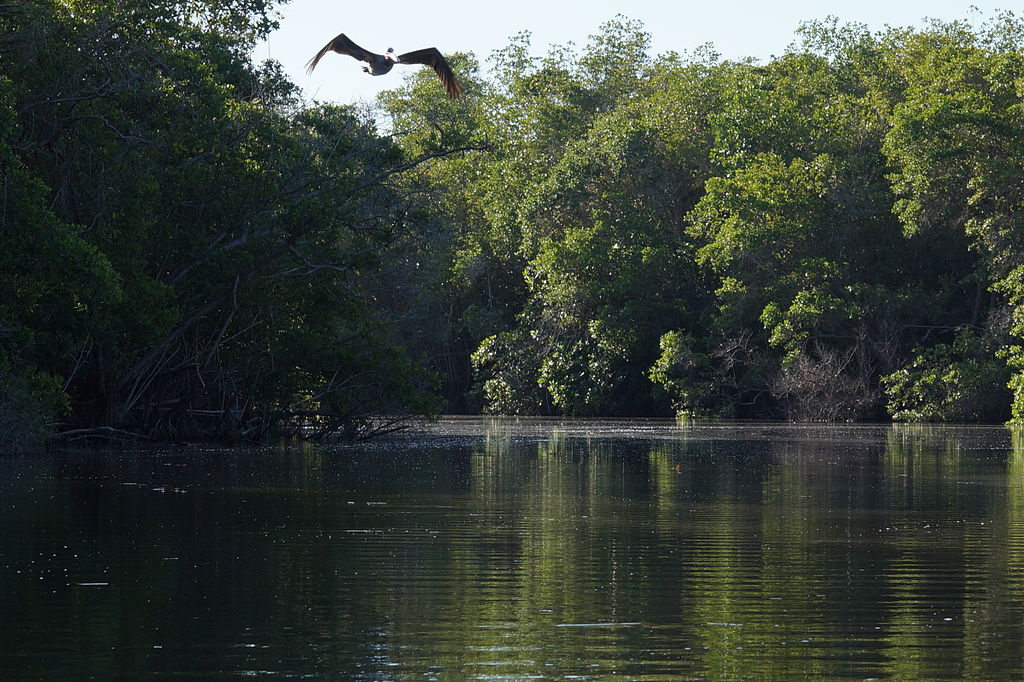 Because sometimes I still find those things which despite many years of experiencing the spectacular are so exceptionally different they carve an entirely new and extremely deep groove.

Such was to be the case during my chance to swim underneath the cloak of night in a Mexican lagoon known as Manialtepec. Why at night? Well, that is when the bio-luminescence is visible – a natural phenomenon and feature of this coastal lake located in Oaxaca state. 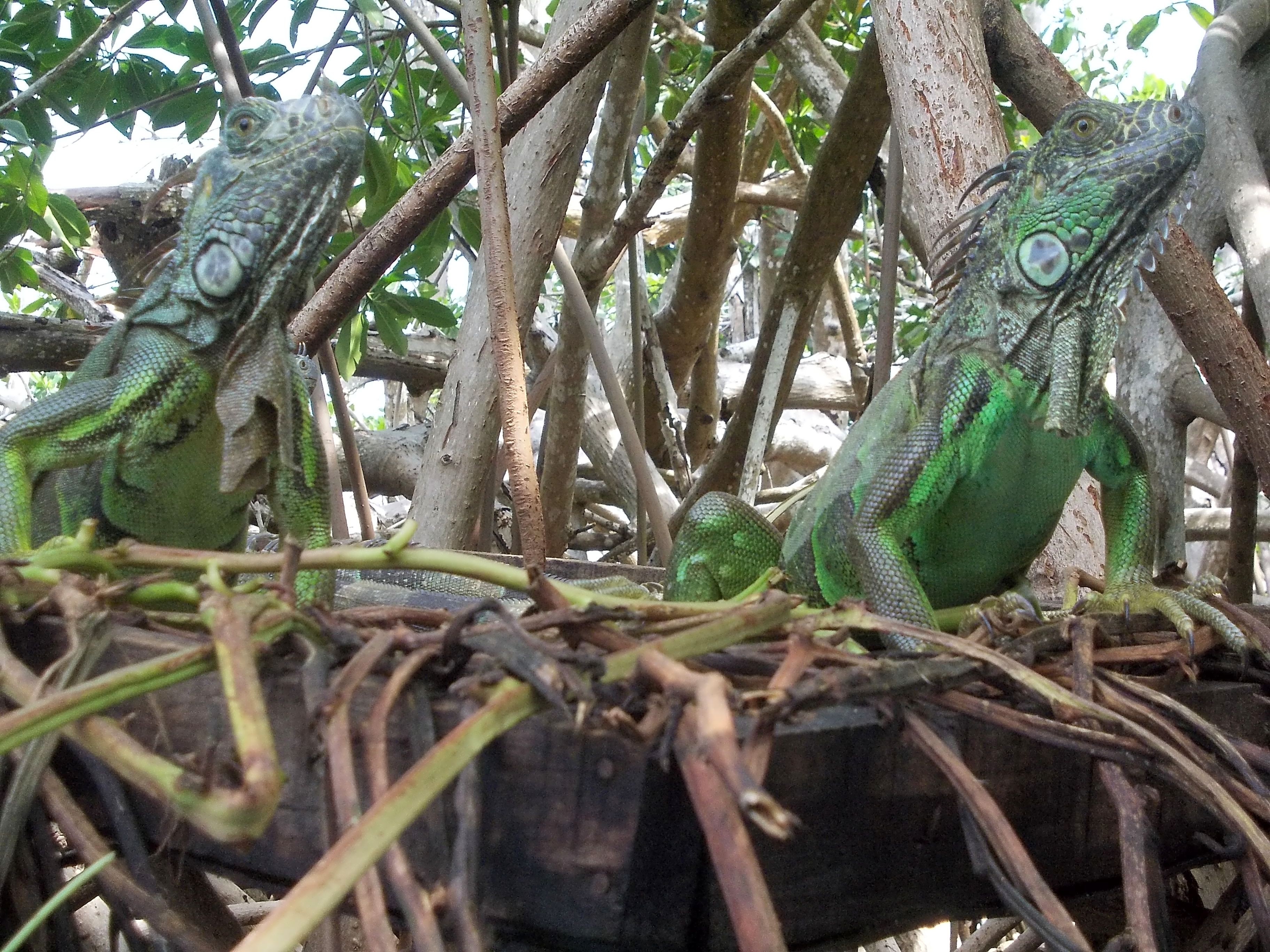 Some of the mangrove wildlife

Manialtepec Lagoon is a nature reserve, filled with mangrove habitats full of exotic birds and other wildlife and it is worthy of a visit during the day too. I had cruised around the tangles of trees in a small boat this morning, watching the huge iguanas scuttling around the branches and marvelling at the size of the spoonbills in the mangrove hush.

Wildlife around the lagoon © Visit Mexico

I had also seen a very large crocodile slip off the bank and into the waters, his eyes and nostrils just visible above the surface as he silently cruised by. Crocodiles scare the hell out of me. 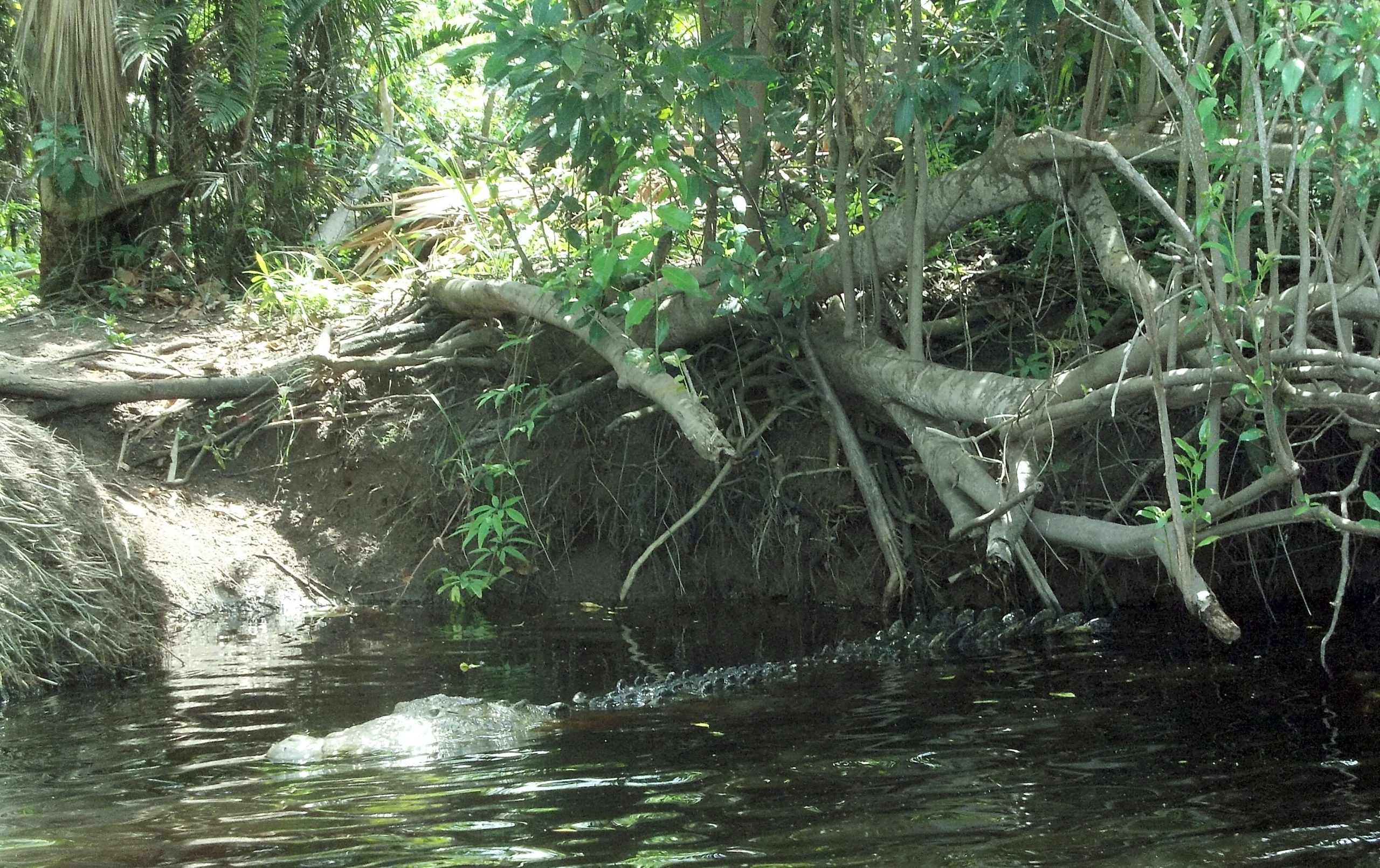 Coming back at night is a very different experience. The best phosphorescence is seen when there is no moon so, as we make our way by boat, all is inky blackness, save for the swathe of stars forming a spectacular and twinkling ceiling above us.

Just as with all natural phenomena or wildlife I had set out to see in the past I knew there were no guarantees. Mother Nature doesn’t perform to order so not only was the success or failure of our trip dependent on the presence or otherwise of the minuscule water creatures which create the bio-luminescence but also on tracking down the areas of the lagoon where they were.

This will-I-won’t-I aspect always adds an element of excitement and if I do get lucky I am never unaware of the extreme privilege that has been mine.

As we cruise around the lagoon I can’t help but think of crocodiles. Their presence is unsettling enough for me when I can see them in the broad light of day; how much more knee-trembling is it to think of them lurking out there unseen. And I am about to swim in this! I haven’t spotted a single glitter or glow in the water so far and I am beginning to think this will be one of those trips where it just doesn’t work out. The boat comes to a halt and the guide tells us to get ready to go into the water.

Another of the boat’s passengers voices my own thoughts, ”but where is the bio-luminescence?” He smiles and waggles his hand in the water and as he does so a glow spreads out. When he lifts his hand out of the water he leaves behind a trail of fairy-dust. WOW.

I hadn’t realised that the water only puts on its spectacular show when it is agitated.

”Don’t worry – no crocodiles,” he grins. Several on-board sit tight, obviously having decided that a pitch-black swim in the middle of a lagoon at night sounded very romantic in theory but in reality is just too damn scary.

I dive into the tar-black water before anyone else. Not because I am the bravest – totally the opposite in fact. I am completely aware that if I stop to think I will lose the nerve to get in at all.

From this moment on I enter into a world entirely made up of magic and there is no room for thoughts of crocodiles. Every movement of my hand sets off the glow of the phosphorescence. I watch as blues blossom around the other swimmers now in the water, with every arm or leg stroke they make.

My favourite thing of all is lifting my hands out of the water and watching the glitter trails drip down my arms and back into the lagoon. I am so totally mesmerised and bursts of laughter bubble out of me like an over-excited child. I feel like Tinkerbell.

A German guy a few feet from me is giggling as insanely as I am, glowing particles and glitter falling from his beard as he raises his face from the water. I float on my back, watching a sky full of stars above me while creating my own lagoon full of stars with every flick of the hand.

No – I have nothing in my memory banks to compare this to. The groove that this uber-powerful and hypnotically bewitching swim has scored into my emotions is one of the deepest ever.

It rains as we head back to land. I sit huddled, a little shivery now after the warmth of the lagoon waters. I have nothing to say anyway. Words seem so inadequate and I want to be alone with my thoughts and to try and somehow process what I have just lived.

I have always been a sucker for naturally sparkly things – the iridescent flash of a kingfisher’s wing, the pulsing of fireflies in the night or the glint of a quartz crystal on a cliff face as the sun catches it. Tonight I have seen sparkles to make all others fade into the realms of the commonplace.

The science of it all is to do with microscopic plankton which react to danger by emitting a glow-in-the-dark ultraviolet light. The more you move, the more luminescence you see. But here, on a dark lagoon, late at night, I don’t want science to explain anything to me. Tonight I want to believe in magic and I want to believe I have just touched the stars.