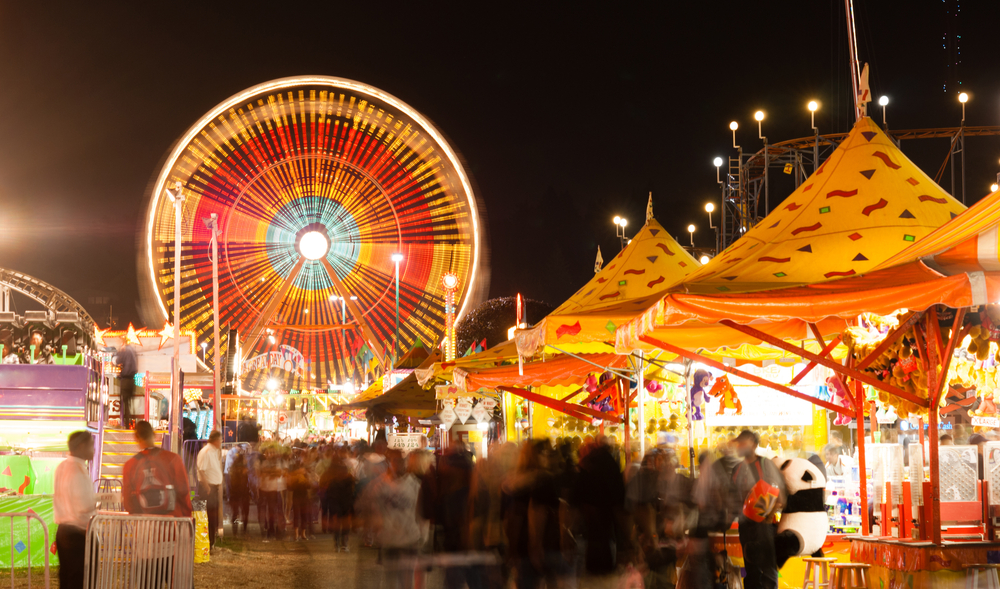 Typically a gathering of a state’s population for a host of competitive and recreational activities, they have evolved from organizing bucolic staples like food eating and tasting contests, and now include amusement rides, live music concerts and even STEM-related exhibitions featuring cutting edge technology and science. 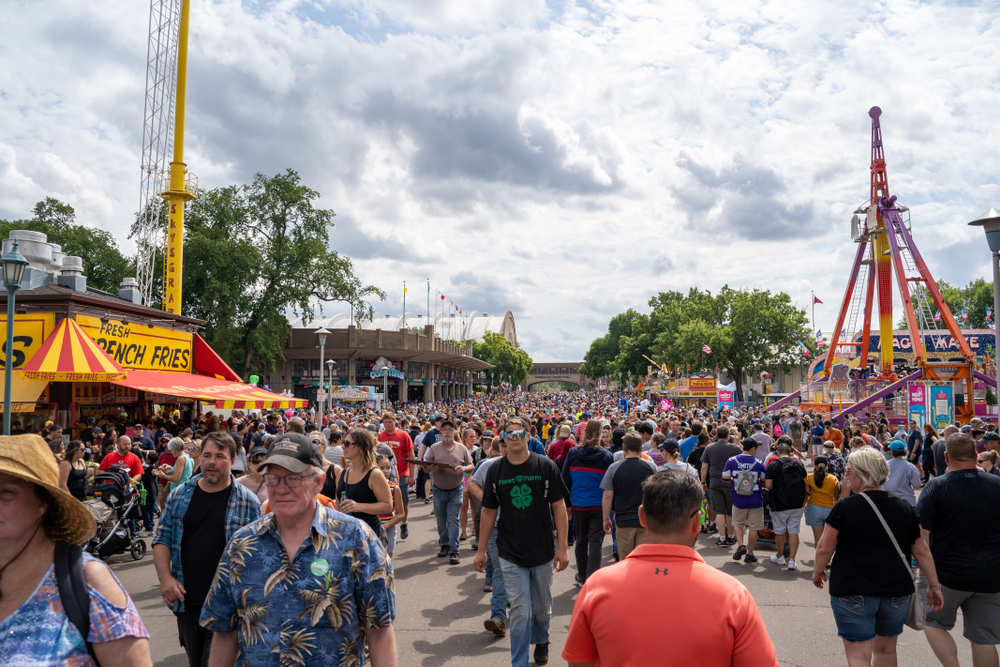 State fairs attract hundreds of thousands of fairgoers every year, even breaking the million mark in some cases. And with good reason, as they come in expectation of days packed with amusement, treats and festivities that appeal across ages and social groups. There’s fun to be had, whether it’s for generation-spanning family groups, children, teenage cliques, couples. The list goes on.

But, what kind of fun are we talking about, exactly? Let’s take a look at some of the celebrated elements of state fairs, that keep the crowds coming back every year.

Comfort Food That Brightens Up Any Summer

Arguably the most attractive (and regret-inducing for the calorie-conscious) highlight of the state fairs is the incredible array of food and drinks on sale. While crowd-favourites like corn dogs and various versions of fried dough have been around for decades, the culinary delights you can sink your teeth into expands every year. Stalls feature increasingly imaginative combinations of your favourite junk foods and flavours that always somehow sound tempting by merely having the ingredients in the name. Nowadays, you can enjoy fried Coke or Oreos, and fried tacos on a stick, to name a few.

But critical principles form the bedrock of successful dishes. Decadent dishes prepared in boiling baths of oil that would make Caligula blush. The most common expectation when getting state fair food: it’s going to be something fried.

With the vast array of food and beverages on hand, you have a meal for any time of the day. And for days after that. Another great thing is the portability of state fair cuisine. You can grab a meal and consume it easily even as you’re walking the grounds and checking out the other merriments around you.

Competitions For A Coveted Blue Ribbon Of Your Own 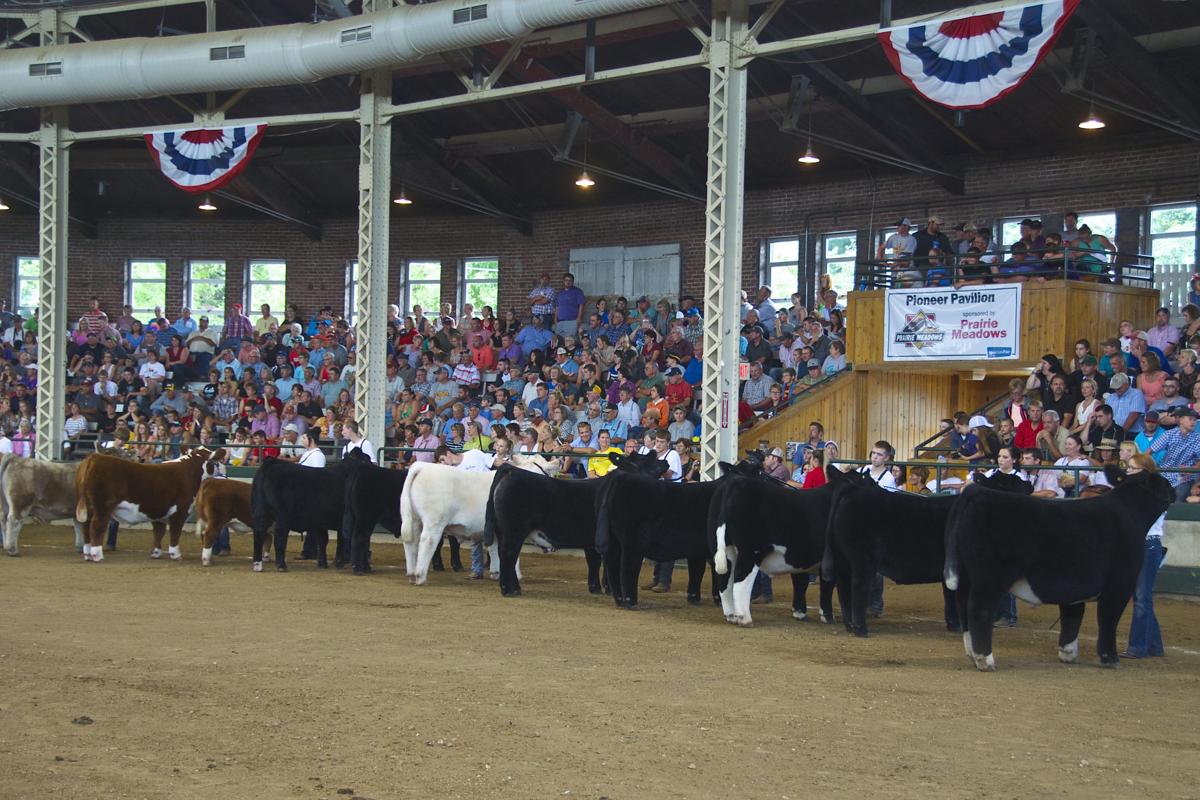 For many in attendance, the state fair is a public demonstration of their passionate efforts at a particular competitive skill. Judging competitions are a regular part of the programme, featuring fastidiously-honed skills and talents that might not be recognized elsewhere.

Food is an umbrella of categories all its own, from cake-baking to all kinds of specific dishes. And, of course, not forgetting food-eating competitions. And then there are pageants and prize shows for you to show off your domestic pets’ best sides.

From dog air-jumping to llama costume contests, the array of competitions are as wacky as they are prestigious. If you’re looking for the thrill of the race, most fairs have horse-riding and car races, that feature some ridiculous categories but still pack an adrenaline-filled punch.

Performances To Thrill And Amuse

Kelly Clarkson on stage at the Indiana State Fair

Headlining most programmes are live music concerts, where you get to catch well-established A-list acts for the price of a fair’s admission ticket. But at equally entertaining smaller stages, you have traditional dances, comedy acts. Meanwhile, walking bands take to the streets and fill the air with eclectic enthusiasm.

Local organizations get involved as well, creating a diverse range of exhibitions to check out. New York’s local police exhibit tends to have great features, from police dog pettings to rappelling demonstrations and displays of forensic techniques.

Fancy something more glacial? Watch as the IceMen chisel away at blocks of ice in a Michelangelo-inspired frenzy at the Arizona State Fair. And, in keeping with the theme of lavish displays of bounty, a few fairs also have their own butter sculptures and carvings.

There are also the perennial crowd-pleasers, from rodeos to displays of death-defying feats. The Globe of Death is a particularly intense affair of extreme motorcycle prowess, as riders zoom inches past each other within a spherical metal cage.

At demolition derbies and monster truck rallies, it doesn’t get more American, save for displaying a waving star and stripes on the LED screen.

Theme park-style amusement rides are now a mainstay of state fairs, appealing to the sizeable number of youths and thrillseekers. Arizona State Fair’s Mach 1 is not for the acrophobic, leaving you dangling, face-down, in the air while passengers get on and off below. Perhaps a Ferris wheel might be more to your liking.

Everyone’s heard the prevailing stereotype that games stalls are rigged and can’t be beaten. But it’s still enjoyable to try and win something for your friend or kid, while potentially impressing others nearby.

The carnival’s presence adds authenticity and heartland charm to any state fair, becoming integral to the identity of these events in attracting the locals. It’s a point that politicians have not missed out on, as individual fairs like Iowa’s State Fair have become significant opportunities in election campaigns.

Good Vibes All Around

The massive compound of the Minnesota State Fair

Sometimes you don’t need to plan your itinerary when attending a state fair. There’s simply too much to do, especially if you’re only giving yourself a day to enjoy it. Instead, walk right into the sensory overload and let yourself discover the activities as you explore.

State fairs are enormous masses of people gathered for one purpose: to have a good time. As you soak in the festivities and get that farmer’s tan, it’s hard not to be affected by the happy faces and excitement in the air. You’ll soon be wearing a smile that will stay long after you leave the grounds, not unlike the iconic Big Tex statue.

Occasionally outrageous, questionably fun and slightly nostalgic. US state fairs are a celebration of the American everyman, providing a glimpse into the hallmarks of the American way of life. From the F&B portions to the sheer magnitude of every state fair, certain principles ring true: go big or go home, and be bold and beautiful.

The state fair season runs from the beginning of summer till the end of October, so find a fair and indulge in a slice of Americana and the celebratory harvest of fun and amusement. If you’ve got the time, take things to the next level and visit a couple of state fairs, embarking on an unforgettable summer road trip.