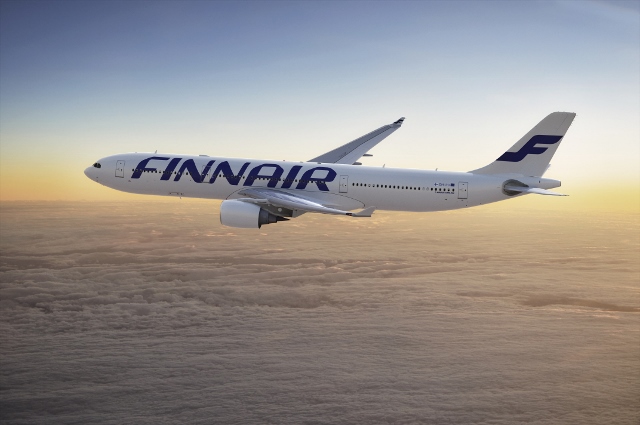 The world’s most dependable airlines

So who was the most on-time airline last month? Finnair topped the list at 93.83 per cent delivery of flights within 15 minutes of their scheduled arrivals in May. According to Flightstats’ Airline and Airport On-time Performance Report  major international airlines on average delivered just over 80 per cent of their flight arrival times, give or take 15 minutes. 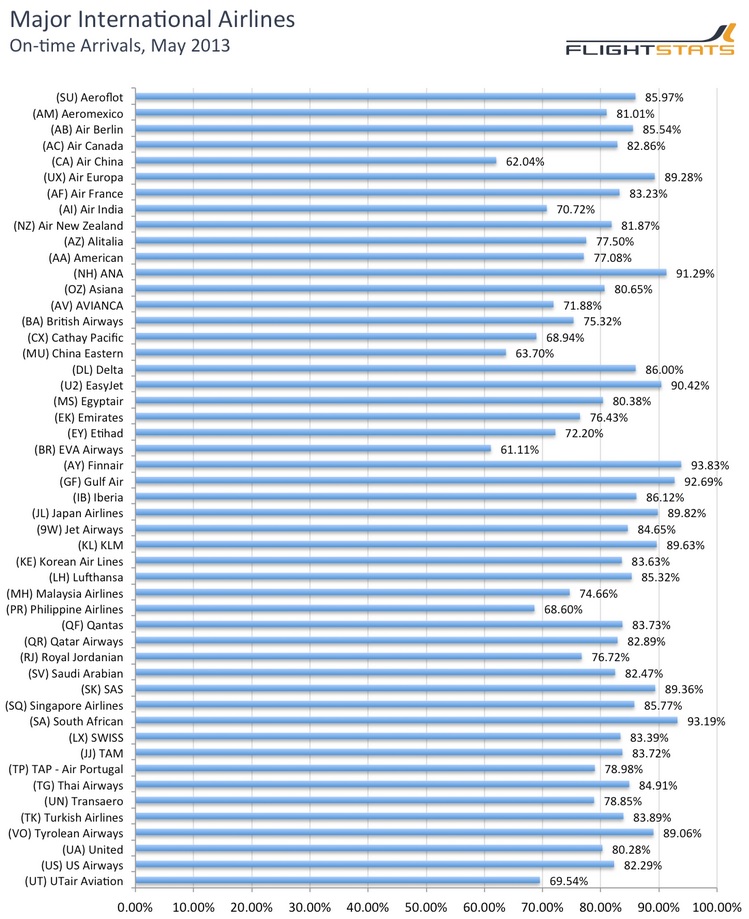 On-time arrival figures, May 2013, via www.flightstats.com

In Asia, the top ten performing airlines, many of them Japanese, all scored greater than 90 per cent with an average rating among the 41 airlines of 72.39 per cent. J-Air, Thai AirAsia, Japan Transocean, Hokkaido, Japan Air Commuter, ANA Wings, Air Busan, JAL Express, ANA and IndiGo made the top ten.

Oslo took the number one spot for on-time departure performance in May scoring 89.33 per cent. The top ten was rounded out by Istanbul, Munich, Athens, Geneva, Prague, Toulouse, Berlin, Copenhagen and Hamburg.

Japan leads Asian airports with an overwhelming eight of the top ten, Osaka at number one, with Delhi and Jeju coming in at nine and ten. 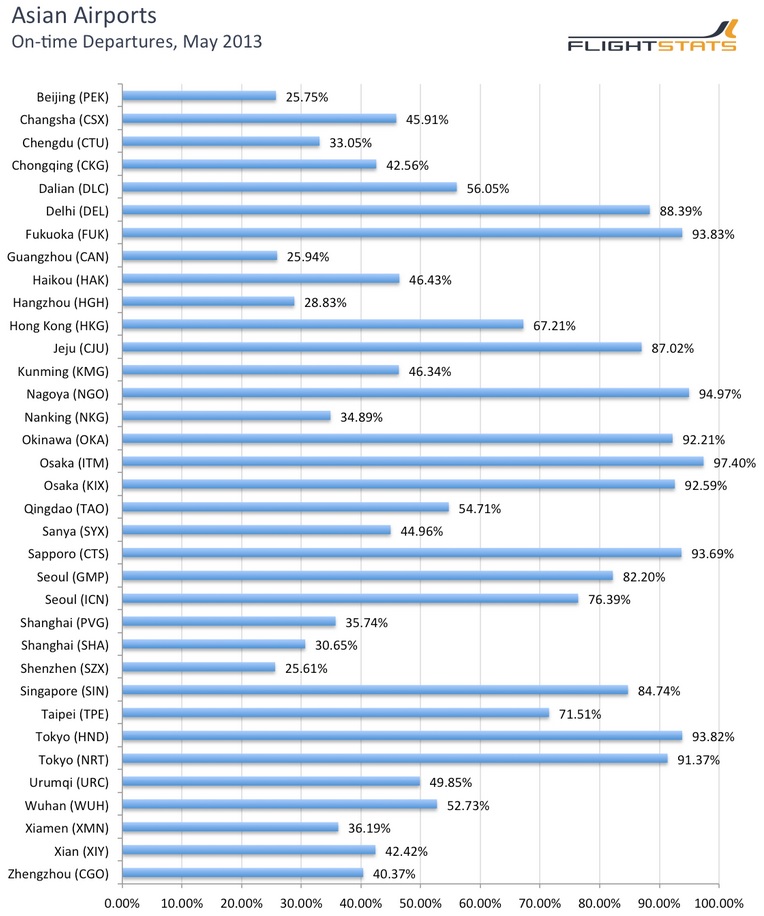 On-time departures for Asian Airports, May 2013 via www.flightstats.com