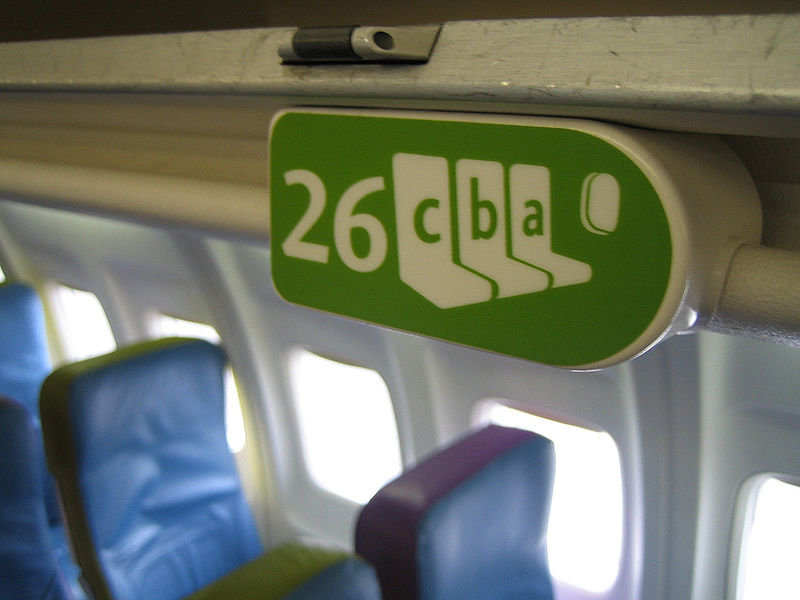 To recline or not to recline, that is the question

And here we have it. With the announcement of a gadget compellingly named the ‘Knee Defender‘, airline passengers are  able to sit in a limited economy class seat without fearing the dreaded moment after full ascent when the seat in front of you pushes back to touch your nose. The small rubber clips attach onto your tray table inhibiting the seat from moving from it’s upright position.

The gadget has reignited a storm of controversy surrounding those in favour of reclining, and those who believe no one should be able to recline. One commentator likened the event to a cascade of dominoes as each attempts to grab that extra inch or so once the person seated in front of you chooses to do so. And let’s not even start with the seat back kicks.

Those who think they may get some work done on their laptops can appreciate fully how ridiculous we appear hunched over in an attempt to have any visual of your screen which is facing your belly once a seat is reclined, following the circus of pulling said laptop out of its bag in the first place. In fact I suggest that airlines consider placing pillows at the rear of the seat in front of you so you can comfortably rest your head on it. If you’re reading or working, it makes more sense doesn’t it?

It’s not about the airlines squeezing more and more inches from an aircraft interior any more, we’ve rather become used to that and I believe, most of us accept it. In fact many of the newer aircraft designs are now going in the opposite direction and boasting about the extra pixels of space that they’re including with clever angling and thoughtful design. And we appreciate that.

This is more about flying etiquette. Sure, you can recline your seat, just maybe not with the force of a two tonne truck once you reach cruising altitude. It kind of makes a statement to the person behind you that you really care nothing about their space issues. I usually try to glance behind me as a moment of warning, making the person behind aware that I’m about to infringe his personal galaxy, and that I’m being mindful that he/she exists. Only then will I gently recline my seat all the way, then pointedly move it slightly forward in a show of consideration.

If you choose to use the Knee Defender you would do so at some risk I would think. You might be lucky and just hope the cabin crew don’t notice when you attach it to the bottom of your tray table, and that the person in front of you thinks their seat is just broken which, let’s face it, is not all that unusual these days. I would find it slightly embarrassing however to have the cabin crew denounce me in front of my fellow passengers for being what would likely appear quite selfish.

The Knee Defender seems an extremely abrasive and confronting way to maintain any kind of room in an economy class seat. If we’re not able to secure a swimming pool sized seat in Business or, dare we dream it, First class, maybe we could fall back on that old notion of consideration for other people. I mean, we can soar through the skies, explore remarkable cities that reflect man’s ingenuity and forethought. Whether we’re flying from Paris to London, or New York to Sydney, can’t we all just get along?