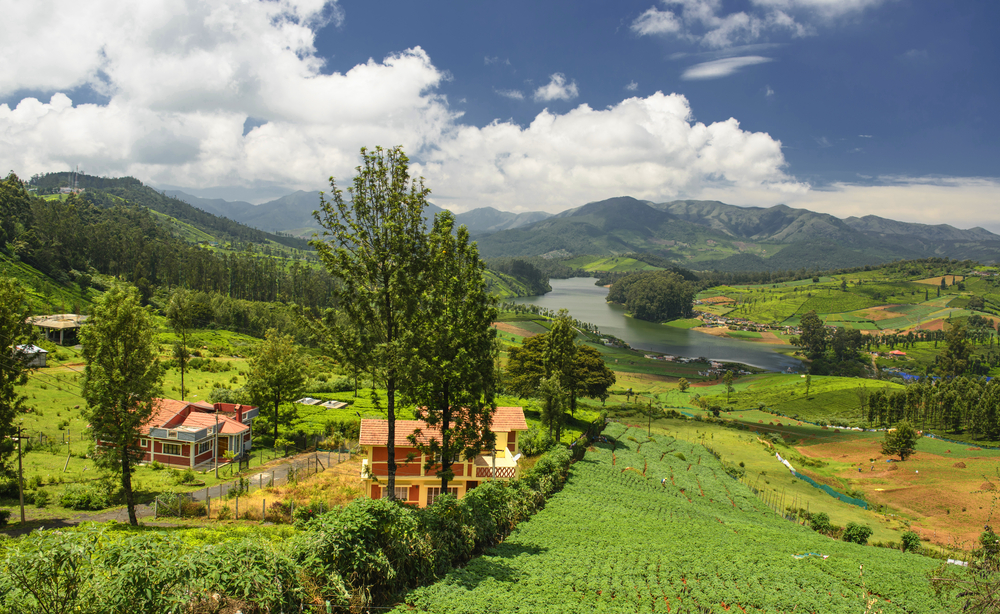 The pre-monsoon showers have already begun arriving in Bangalore, and the surrounding countryside is taking on a dramatic new look. So which locations shine best during the big wet? Within 400kms of Bangalore, rivers are roaring to life, waterfalls are bursting over mountain cliffs, and the lush greens of mother nature have become extremely vibrant.

We take a look at ten locations near the city that really come alive at this time of year. 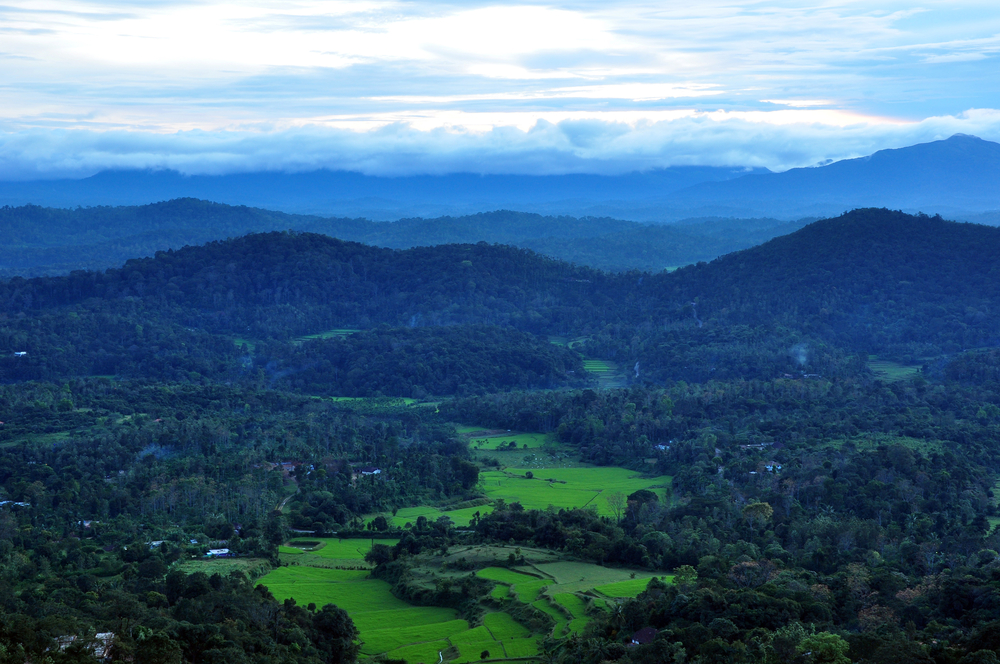 There’s more to Kodagu and Coorg than you might think. Mandalpatti is a hidden gem with mist-covered mountain ranges located 20km from the hustle-bustle of Madikeri. Mandalpatti’s spectacular views are relatively consistent all year round, but become an emerald green paradise during monsoons. A great place for trekking, it becomes more difficult during the rains, and the best option is from the watchtower at the mountain top for the best aspect of the Pushpagiri Hills, and Kodagu’s spectacular, booming waterfalls. 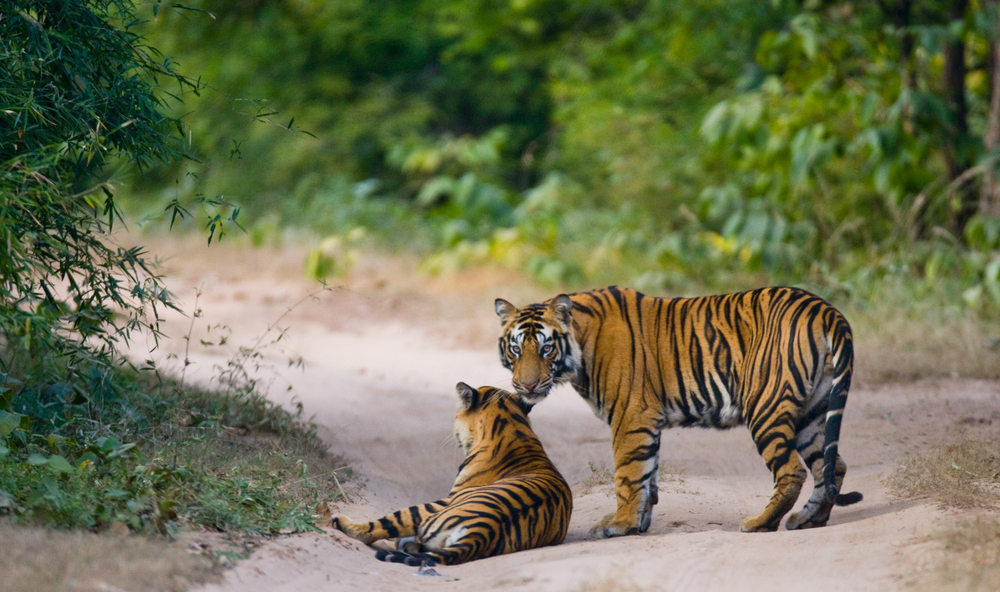 Home to the largest tiger population in India, Mudumalai Tiger Reserve, Masinagudi is a grand monsoon getaway near Bangalore. Perched on the foothills of Nilgiris, revel in a time capsule set in a classic Indian forest.

Explore the jungle on an elephant safari, off the beaten track, as your animal guide shows you the jungle ways. There’s plenty of accommodation options available around the reserve. Also visit the Elephant Camp for a first-hand experience in caring of the giant creatures. Shivanasamundram is situated on the banks of the river Kaveri, about 100kms from Bangalore, also known as Shimsa or Bluff. The mighty Kaveri River splits into two and plummets 75 metres into the gorge. The resulting twin waterfalls, Gaganachukki and Bharachukki, are listed in the top 100 waterfalls in the world.

During the monsoon, the Kaveri River flows with spate and the waterfalls are in their best form. You can also visit Ranganatha Temple dedicated to Goddess Kaveri, build by the Hoysala ruler and the Hazrath Mardane Gaib dargah.

Anthargange literally means ’Inner Stream’, referring to the perpetual stream that flows from inside the rocks, the origin of which is still unknown. It’s a haven for adventure sports; trekking, hiking, rappelling, cave exploration, rock climbing, and high rope traversing are just some of the popular activities here. The monsoon offers a respite from the city heat, and spectacular, mountaintop sunsets dazzle at day’s end.

Chikmagalur, located around 250 kms from Bangalore is comfortably cocooned in the Baba Budan Hills. This quaint little town is filled with valleys, hills, streams and rivers. As the rain approaches, you hear them first, before they actually arrive. With its rugged mountains and rolling green hills, it’s a trekker’s delight. Known also for its sprawling coffee plantations, the Coffee Land of Karnataka welcomes the monsoon rains, along with the Mullayanagiri range, Kemmanagundi Hills, Muthodi National Park and Bhadra Wildlife Sanctuary.

Situated about 180km from the city, Hogenakkal is another spectacular waterfall originating from the Cauveri River. Hogenakkal is derived from the combination of two Kannada words meaning ’Smoking Rocks’. Smoke-like mists fill the air as the water plummets onto the rocky gorge. Monsoons swell the river accelerating the might and strength of the waterfall, and it’s believed the waters possess healing properties. Masseurs offer massages on flat rocks near the falls, and bathing in its waters is believed extremely therapeutic.

Located in Chikballapur Taluk, about 60km from Bangalore on Bellary Road in the Nandi Hills was historically considered a summer retreat of Tipu Sultan and the British. Famous for both its sunset and sunrise, and also the various Shiva Temples nearby. The Nandi Hills are favored during monsoons for trekking and paragliding as well as for visiting the holy Amruth Sarovar which fills to capacity during the monsoons.

The hills are spectacular and the cool climate is a refreshing escape from the city hustle and bustle. Visit historic sites such as the Tipu’s Summer Palace, Gavi Veerbhadra Temple, Tippu Drop and Horse Way ”“ a stone doorway on the north eastern side.

The feather in the cap of Karnataka, and the most popular destination near Bangalore during the monsoons, Jog Falls is the second highest waterfall in India, formerly known as Jog Gersoppa Falls. The Sharavathi River is magnificent during monsoons as it cascades down the hill, pouring into four falls ”“ Raja, Rani, Rover and Rocket. Also during this time, the dams of the rivers close by are let released on weekends, pushing more water gushing into the falls. Located in Shimoga, it’s also the seventh deepest waterfall in the world.

Dandeli is a nature lover’s paradise. Blessed with the Dandeli Wildlife Sanctuary, Kavala Caves, Kulgi nature camp, Shiroli Peak, it’s also very popular for river rafting. Take a jeep safari and explore the wildlife, or go trekking. But the whitewater rafting on the Dandeli River is the real star of the show, especially during the monsoon.

With the advent of the monsoons, Ooty or Ootacamund, is a stunning natural display during the rains. Its lush green valleys, lakes and hills transform into a visual treat at this time of year. Ooty lake is the perfect picnic spot dotted with pretty boat houses. Take a horse ride, watch the boat races, or go boating. There’s also a children’s park nearby with a toy train for the kids, or visit Kamraj Sagar, Bellikkal and Emerald Lake.

The Ketti valley is serene and peaceful extending between the plains of Coimbatore to the plateaus of Mysore, this valley is also home to the picturesque region of Coonoor and the Doddabetta Peak.