Tucking Into Another Side of Britain’s Cities

What better way of tucking into another side of Britain’s cities other than experiencing their culinary scene? Head to Visit Britain to find out more.

“What’s for dinner?” In Britain’s cities, those three little words could take you anywhere. Just like the seasonal fare in our Michelin-starred restaurants, Britain’s cuisine is constantly changing. And just like the sizzling stalls in our street food markets, it’s fresh, diverse and chock-full of flavour.  As the nation prepares to celebrate the Queen’s Platinum Jubilee in the summer, our chefs are championing sustainability, too – promoting hyper-local cuisine, using low-impact ingredients, and taking plant-based dishes to new heights.

We know you’re hungry for a new adventure, so we’ve saved you a seat. Here’s what’s on the menu…

On the go: Street food markets and sizzling spots

To really understand what makes a city tick, just tuck into its street food. There’s no better way to connect with a place – and its people – than by munching the top local snacks and meeting their talented makers. Just look to London’s Brixton Market, where British pies are served beside Jamaican jerk chicken, Indian dosas and Japanese curries. More than 70 cultures are represented here – a delicious taste of South London life.

In some cities, markets pop up in the unlikeliest of places, transforming little-known corners into true foodie hotspots – like Spark, in central York, which has filled shipping containers with a pizzeria, burrito bar and BBQ smokehouse. In Bristol, Boxhall (opening in June 2022) will bring a street food hall and live music to the city’s renowned harbourside, while in Manchester, Escape to Freight Island has regenerated an old railway depot in Mayfield into a spectacular spot for indie eateries, concerts and comedy nights.

Sustainable bites: Good for you and the planet 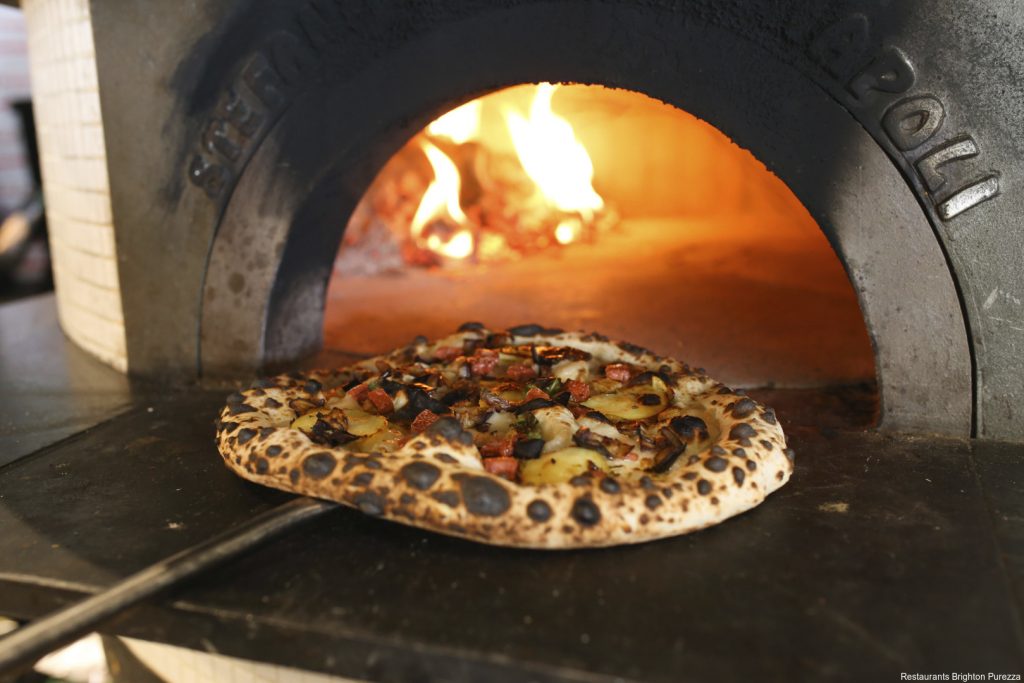 Eating sustainably doesn’t just help the environment: it gets you closer to the heart of a place, connects you to local communities, and inspires our eateries to try new and exciting things. Like Italian restaurant Contini George Street, in Edinburgh, which has its very own beehives dotted throughout the city – including two at the Scottish National Gallery of Modern Art. Its menu is full of hyper-local cuisine, sourced from over 70 Scottish artisans and its kitchen garden.

In June 2021, London’s Gauthier Soho became 100 per cent vegan, with chef Alexis Gauthier issuing a rallying cry for a more “progressive, compassionate” approach to fine-dining. The result has left reviewers in raptures, celebrating Britain’s natural bounty in dishes such as black truffle risotto and sea quenelle – a salty-sweet ‘caviar’ made from kelp. Many of the capital’s Michelin-starred restaurants have developed vegan menus too, such as Galvin La Chapelle in Spitalfields and Pied à Terre in Fitzrovia, proving that plant-based gastronomy is here to stay.

But that’s not news at Brighton’s Food For Friends, which has specialised in vegetarian and vegan cuisine since 1981. Its ever-changing seasonal menu, featuring the likes of sweetcorn ‘ribs’ with tamarind bbq sauce, or glazed aubergine and sweet chilli satay, means there’s always something new to discover.