There’s a real buzz in the travel industry right now. It’s all about growth, emerging source and destination markets and I must say it’s a brilliant time to be a part of this industry.

The United Nations World Tourism Organisation released their World Tourism Barometer yesterday revealing that international tourism receipts hit a new record in 2012 reaching an estimated US$1075 billion globally, an increase of four per cent against 2011. 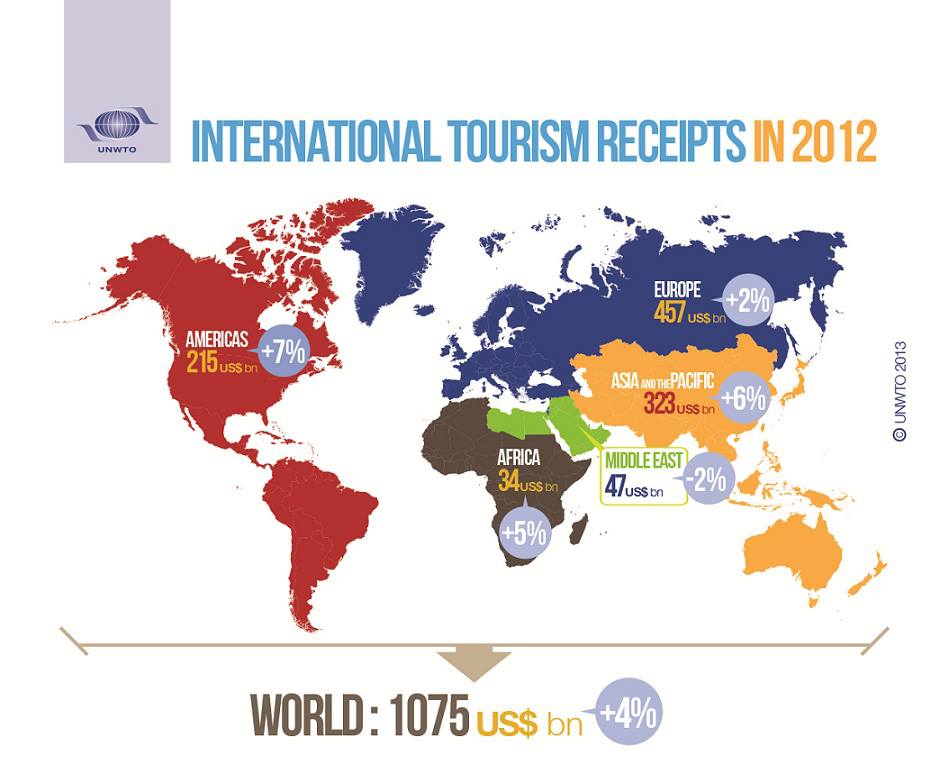 So where exactly is this money being spent? The Americas recorded the largest increase at seven per cent followed by Asia and the Pacific which recorded an impressive plus six per cent. Europe profited most with a US$457 billion in tourism earnings which is equivalent to almost half of the world’s total tourism receipts in spite of their economic concerns, followed again by Asia and the Pacific at US$323 billion (30 per cent of international tourism receipts).

The top 10 ranking destinations by receipts didn’t alter a great deal in 2012, with the US, Spain, France, China and Italy leading, followed by Macau, Germany, the UK, Hong Kong and Australia.

As reported by Web In Travel this morning, APAC consumers are ‘changing the game’ as new technologies drive new travel behaviour in many ways. Indonesia‘s adoption of social media as a travel tool and influence is well documented, so too the move away from offline to online methods in the Middle East, newer established 3 and 4G networks throughout the APAC region, mobile devices (which will outnumber humans by the end of this year) play an enormous role in the future of the travel industry.

Almost half way through 2013 a ‘robust’ travel industry  is an encouraging description all tourism businesses are happy to hear. With unprecedented online access and control over travel planning, additional air routes with more connections, and continuously expanding markets such as India, Indonesia and the Middle East, you can only wonder what the UNWTO will be reporting next year.