Vaccine Passport: What It Is and What It Means for the Future of Travel

More and more people have already received the final dose of vaccination against COVID-19, and the available data suggest that a full vaccination regimen does indeed lower the risk of succumbing to the infection as well as transmitting it to others.

As such, countries worldwide are now adopting the vaccine passport as a way of opening up borders and safely restoring access to places and activities where people may amass in large numbers. With the freedom of travel and a sense of normalcy seemingly within reach, let us take a look at the vaccine passports being utilized by countries around the world. 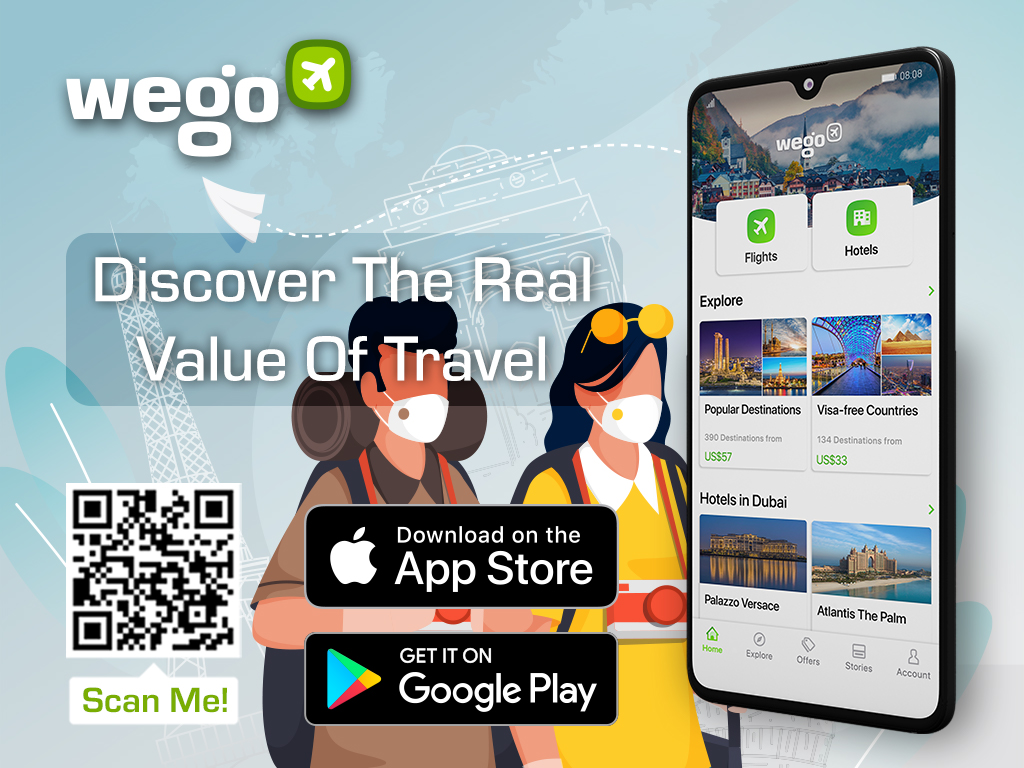 What is a vaccine passport?

A vaccine passport is an app containing a user’s verifiable vaccination credentials on their mobile devices in order to officially prove that they have indeed been vaccinated. The digital vaccination document may then be utilized to gain access to offices, cinemas, public transport, restaurants, and even foreign countries.

How does a vaccine passport work?

Essentially, the app allows you to produce a scannable QR code pertaining to your COVID credentials such as vaccination status, latest test result, and COVID recovery status for those who had contracted the virus. Upon scanning, said digital credentials will allow you to gain admittance into numerous venues previously off-limits due to the pandemic.

For example, airlines or border authorities could verify the validity of a traveller’s inoculation status and the type of the administered vaccine. This would allow the authorities to obtain information on the type and efficacy of said vaccine and act accordingly.

Borders authorities or airlines wouldn’t need to manually verify the names of the health facility or type of administered vaccine either by phone or email.

From the traveller’s perspective, the vaccine passport would allow them to instantly learn of a country’s vaccination requirements, which may include the types of vaccine accepted by the destination country.

Would the vaccine passport be used for anything other than travelling?

Despite the controversies surrounding it, vaccine passports have been utilized to determine who may or may not access flights, public venues, and schools by some governments worldwide in order to safeguard public health.

The latest example would be Pakistan. With COVID-19 cases soaring primarily driven by the delta variant, air travel is no longer be accessible for individuals yet to be inoculated with one of the approved vaccines in Pakistan, nor are they allowed to enter government offices, schools, restaurants and shopping malls. All public sector workers, teachers, students, and retail staff above the age of 18 will also be required to be vaccinated by the end of August.

The emirate of Abu Dhabi has also announced its approval of implementing the Al Hosn green pass as a requisite for entry into a number of public venues. The green pass will be used for access to shopping malls, hotels, public parks and beaches, as well as entertainment centers the likes of cinemas, museums, restaurants and cafes.

Vaccine passports around the world

Different countries around the world are developing their own versions of the vaccine passport. Some have been officially deployed while others still remain on the drawing board. Let’s take a look at how various countries are approaching the need to come up with COVID digital certifications.

The EU Digital COVID Certificate (previously called the Digital Green Certificate) facilitates the safe and free movement of citizens within the EU and will eventually allow non-European travellers to safely visit the bloc and the continent.

The EUDCC will testify to:

The pass will cover all the different shots approved by the European Medical Agency (EMA) as well those authorized for emergency use in member countries.

In a bid to encourage vaccination, the French authorities are requiring citizens to obtain a health pass to access public places the likes of shopping malls, cinemas, theaters, cafes, museums and even hospitals. Similar to the EU Digital COVID Certificate, the French health pass is available both in digital and paper format and features a scannable QR code to safeguard the vaccine passport from manipulation and falsification.

Venues or businesses found not checking or requiring the health pass from their patrons are liable to be shut down.  Additionally, employees in direct contact with the public are also required to be fully vaccinated, while children between the ages of 12 and 17 are exempted from the requirement until 30 September.

While the idea of a single US vaccine passport valid across the country has been ruled out, some states have developed and implemented their own versions of the vaccine credential storing system while others have banned vaccine passports altogether.

Additionally, residents residing in partner states of MyIRMobile platform namely Arizona, District of Columbia, Louisiana, Maryland, Mississippi, North Dakota, Washington and West Virginia may obtain their vaccine certificates that can either be printed or stored on their devices.

The Al Hosn app serves as the country’s vaccine passport by utilizing a color-coded system designed to reflect vaccination-related status and validity. Emiratis can now download their vaccine card on the Al Hosn app, which will act as UAE’s national COVID vaccine registry. The card displays complete details of an individual’s vaccination status after 28 days have elapsed after the second dose.

The emirate of Abu Dhabi has made the green pass reflected on the app mandatory for those over the age of 16 to enter venues such as restaurants, cinema halls, gardens, shopping malls, beaches and more.

The government is also planning on implementing the system for nationwide use by digitizing the system to allow access to stores, restaurants and other commercial and business sites. Business operators will also be granted the freedom to decide what kind of services they will offer and to whom. The plan is to be carried out by the end of the year.

Fully vaccinated individuals may apply for vaccine passports at the municipal office where their residency is registered. The vaccine passport is currently in paper format, but there are plans of converting it into digital form later down the line. To avoid overburdening the authorities, potential applicants are advised to only apply should they have plans of travelling abroad.

India is currently employing provisional certificates after individuals have received their first vaccine jabs with the final certificate is given only after the second dose. These certificates may be downloaded through the CoWIN website, Aarogya Setu app, or the Digilocker app.

The Pakistani authorities have implemented their version of the vaccine passport called the PAK COVID-19 Vaccination Pass app. The vaccine passport allows vaccinated individuals whether Pakistani nationals or foreign residents to store and display their vaccination certificates. After receiving the vaccine jab, the COVID certificate can be obtained from the NADRA website at a fee of Rs100 (approximately USD 0.60).

It is now mandatory for passengers to produce a QR code contained within the app prior to boarding flights in Pakistan. Furthermore, from the first of October, it will also be necessary for Pakistanis to show their vaccine credentials before boarding trains as well.

Singapore’s aviation regulatory, Civil Aviation Authority of Singapore (CAAS) and International Air Transport Association (IATA) has announced that the country will implement and accept the IATA Travel Pass to facilitate verification during pre-departure checks for international travel from May onwards.

Travellers can get clearance to fly to and enter Singapore by showing the smartphone application containing their data from accredited laboratories.

To date, the federal government of Australia is planning on developing a vaccine passport which would reportedly be available from October 2021. The planned vaccine passport will include a scannable QR code which would allow holders access to public spaces, flights, and international travel. We will update this section once more details have emerged.

Currently, states in Canada are issuing vaccine records or receipts to provide proof of vaccination for inoculated residents. This proof may be used for activities like going to restaurants and sporting events and travellers may be able to use these secure documents to travel outside the country. A standardized proof of vaccination is currently being developed in Canada.

Concerns regarding the vaccine passports

The main problem with vaccination passports is the lack of evidence to prove that vaccinated individuals can’t carry and transmit the virus to others. This means that even if vaccinated passengers don’t get sick themselves, it is still probable that they can pass on the infection to someone else, putting the locals of the destination country at risk.

Secondly, medical science is yet to find out about the length of any immunity or resistance to the new variants. Even after the administration of both doses, the body takes its time to prime the immune system against the virus, and during this period, you still remain susceptible.

The fundamental concept of vaccine passports also raises serious questions from legal and ethical perspectives. It encroaches on data privacy and human rights, creating a divide between people on the basis of their health status. Those who are not in a position to take the jabs, for financial reasons, pregnancy, or on any other grounds, will be discriminated against de-facto.

If such personal information falls in the wrong hands, it may be used for unintended purposes, such as hiring or access to certain places or services. 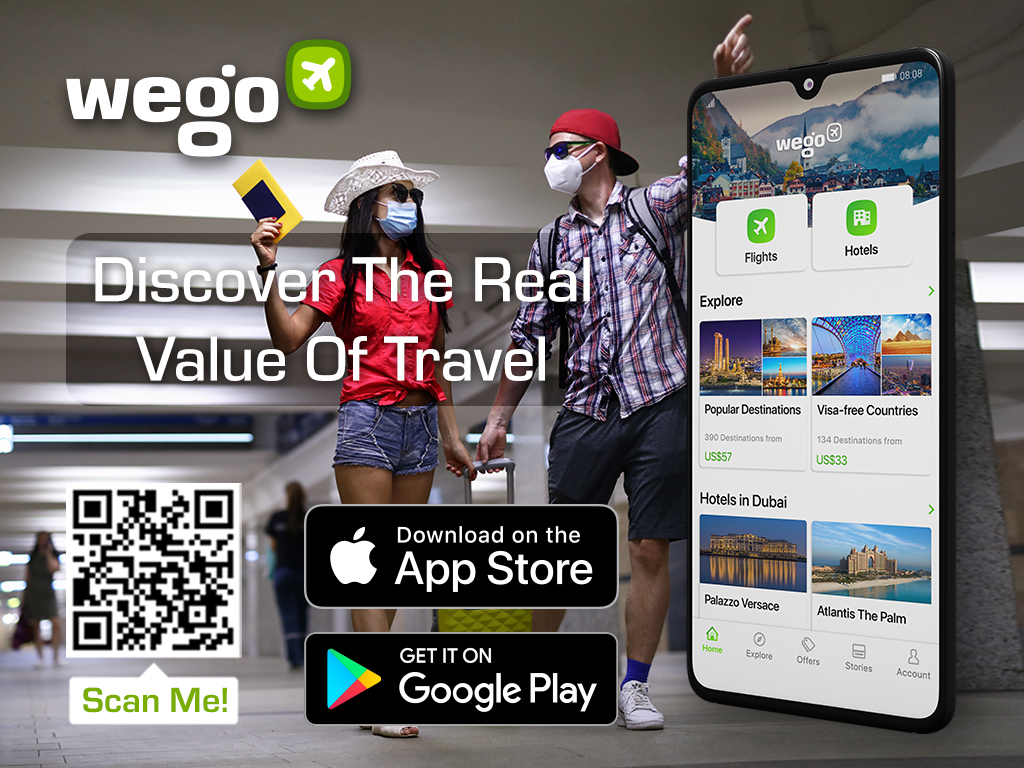