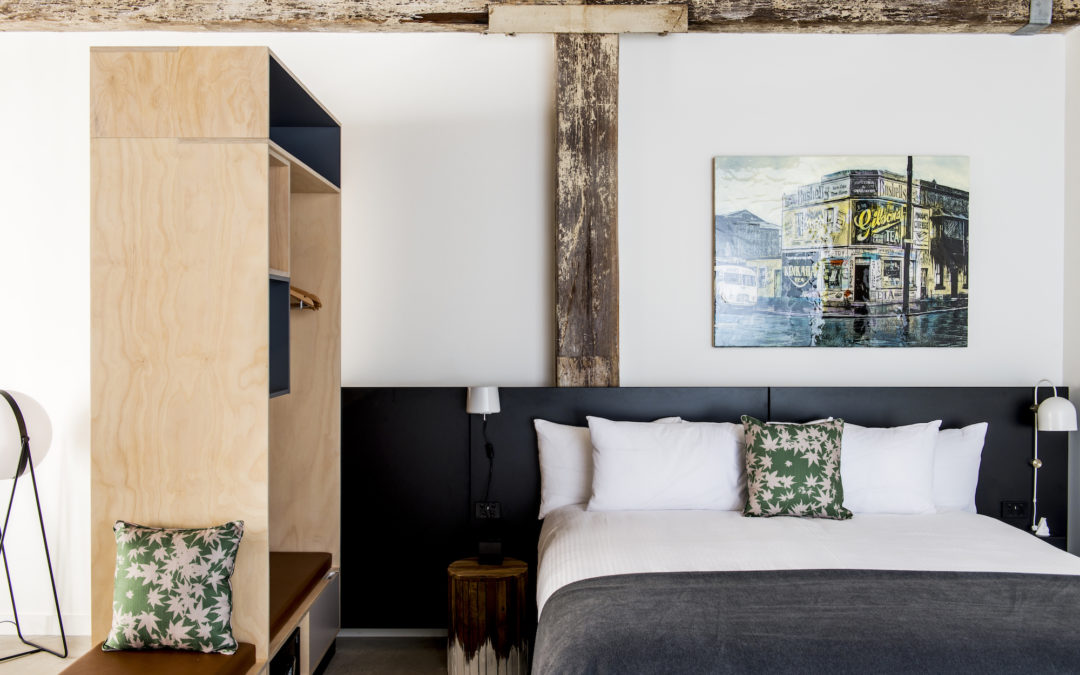 Veriu Broadway is Very Me!

As a hotel, and in the midst of the very deep sea of over 400,000 hotels listed on Wego, you could be forgiven for being concerned about standing out amongst the crowd, or even the large whales that sometimes dominate the online accommodation landscape.

However all that heated competition is great for us travellers as hotels jostling for attention go beyond mass advertising and instead, give us what we want – something different.

More frequently, hotels are standing tall to outshine a regular ‘room’, injecting personality and clever design to establish a character they can call their own.

Early last year we noticed just such a property when Wego users began searching for one we’d not heard of previously – Veriu Broadway, Sydney. We decided to take a closer look and discovered something very special.

[Check out the best flight deals to Sydney here!]

Sydney’s inner-city west has a grungy, industrial aesthetic, sitting just outside the CBD, far away enough to be on the fringe, yet close enough for easy access to the bustle and glistening harbour. In fact it’s the ‘fringe’ that oftentimes gives these old neighbourhoods their charm and guaranteed position on the trendy hotspot wheel.

Veriu Broadway in Ultimo embraces this historical personality, with a firmly planted character just chic enough to splash a little luxury around its carefully considered design. Its story begins in the lobby with vintage lounge chairs, ceiling suspended bikes and exposed brick walls within a cafe-style vibe. 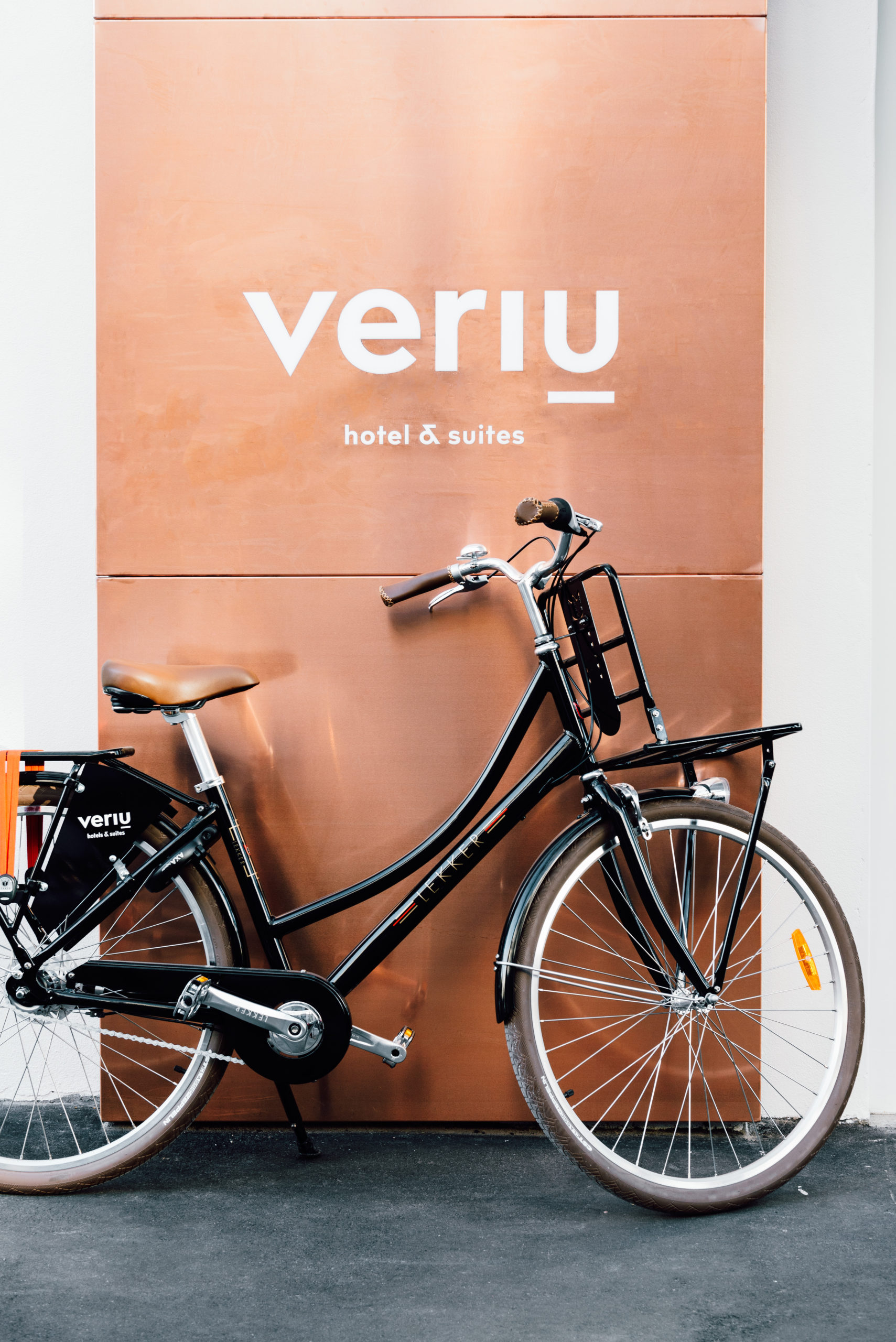 Broadway is a tall white building born in the early 1900s, a short walk from Central railway station, and very handy for exploring farmer’s and fish markets, spectacular boutique eateries and cafes, and sun-filled parks that surround in the nearby areas of Chippendale, Glebe, Camperdown, Newtown and other leafy Sydney suburbs.

We spoke with the hotel’s architect, Ashkan Mostaghim, to get the story behind the story of this grand old building. Featuring raw concrete, exposed brick and recycled timbers, not typically associated with hotel room interiors, we needed to know more about the vision behind such boldness, to see why he believes the unique design has so successfully resonated with guests. 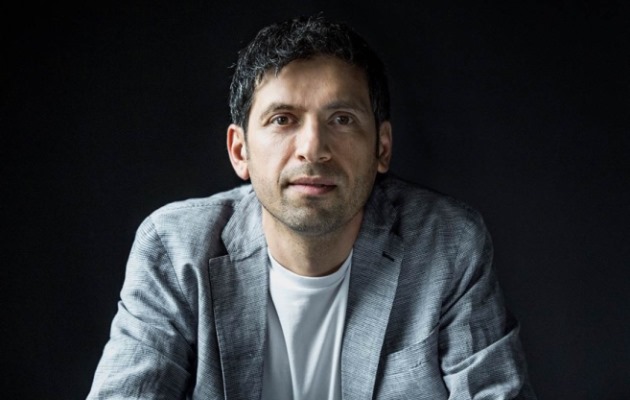 Ashkan Mostaghim is the architect of Veriu Broadway, Sydney.

“A big part of the design ethos of our practice is to connect each project to its site, history and surrounds,” said Ashkan. “Most of our design inspiration comes from this approach, and translates through both the large and small scale details of each project. Similarly, Veriu’s brand desires to create an experience where each visitor feels like a local to each precinct they visit. This necessitates that each project be uniquely connected to its site.”

And connect it does. The authenticity of the property’s design elements undoubtedly shine through, and carefully assembled the overall delivery is a paired back sense of luxury and refinement. 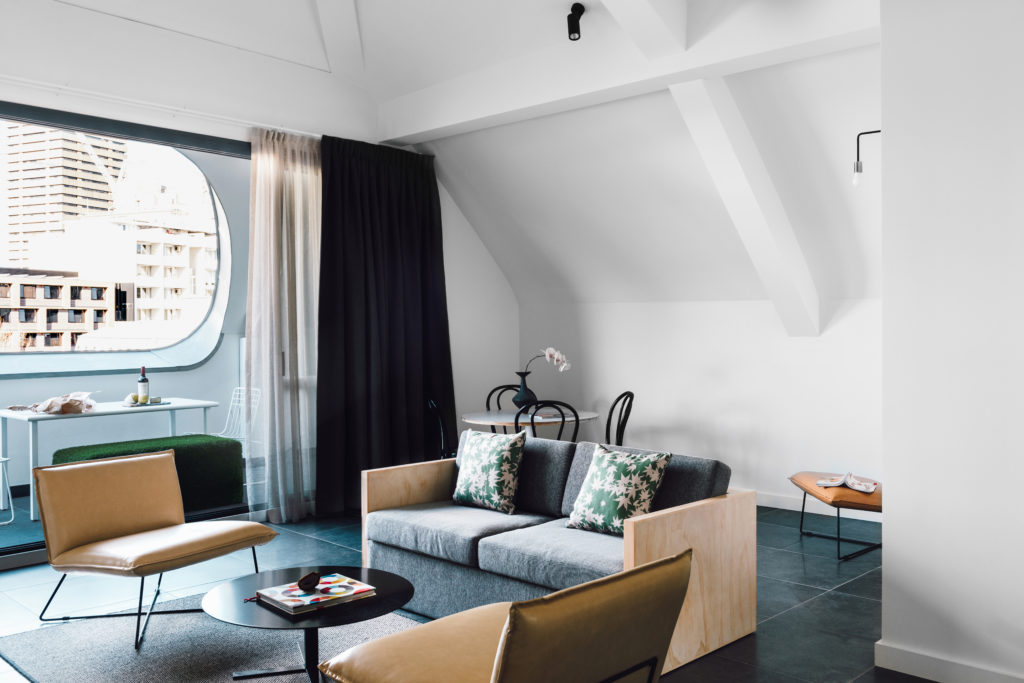 “We were inspired by the historical use of the warehouse building as a tannery,” Ashkan explained. “This offered multiple facets we could draw upon for our design inspiration. It created a conceptual material palette that ranged from the industrial and raw architectural details to that of soft textiles, creating a very interesting juxtaposition of hard and soft materials as well as rough versus refined details. The reference to the tannery is subtly incorporated through leather upholstery and subtle detailing like straps to the banquette seats.”

Cleverly balanced between unfinished and raw design elements, the careful combination achieves an unexpected homely warmth. Ashkan admits that a great deal of thought went into achieving that balance, experimenting with a variety of different methods throughout the design process to get ‘it to a stage where it felt right’, adding that ‘a feeling along with experience is all you have to rely on’.

Plywood is rarely associated with luxury, yet the property uses the raw timber for its cabinetry and is another surprising aspect of the design that just works brilliantly. When asked about its use Ashkan responded that he believed the definition of luxury is changing. Veriu Broadway uses the raw timber for its cabinetry. “Luxury is no longer simply associated with expensive or ‘formal’ material palettes. Rather, luxury is encapsulated in the details,” Mostaghim said.

“Luxury is no longer simply associated with expensive or ‘formal’ material palettes. Rather, luxury is encapsulated in the details,” he said.

He felt plywood ‘tied in nicely’ with the overall industrial palette of the building but allowed the opportunity for detail.

“We tried to showcase the beauty of the material and the way it is made by the overlapping edge detailing of each joinery piece, whereby the beautiful stacked ply edging is exposed. The colour blocking also offered a way of refining the plywood, adding another opportunity for greater sophistication.”

As for his favourite room at Veriu Broadway, Ashkan opts for the Heritage Deluxe Balcony Suite. 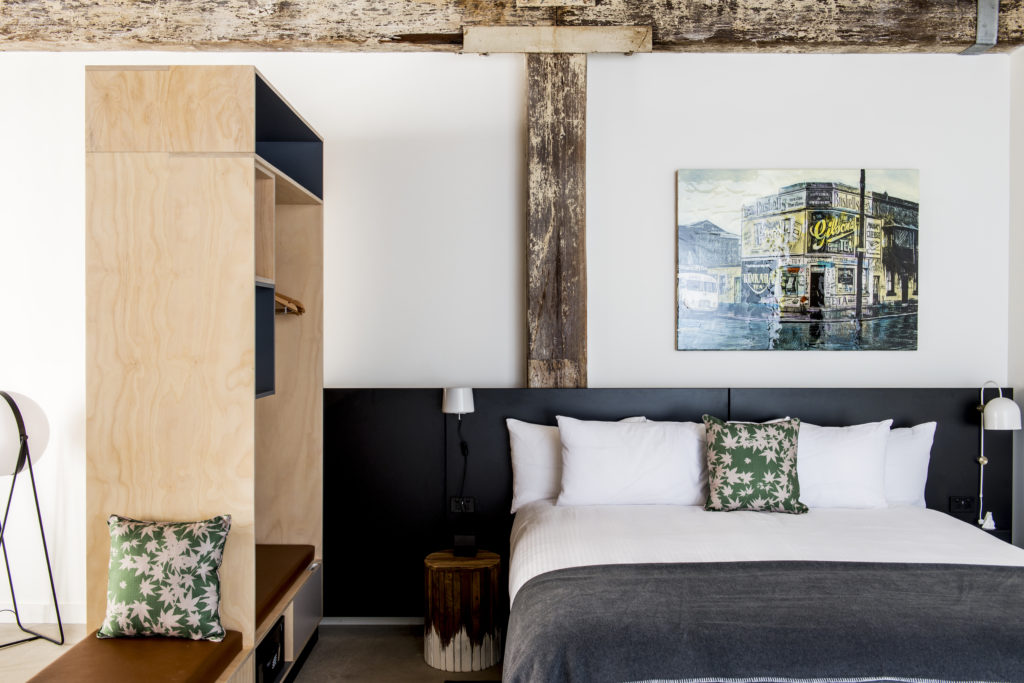 “It showcases the juxtaposition of the raw and rough original industrial building, (timber ceiling joists, concrete floor, exposed brick), against the soft furnishings best,” he said in conclusion.

Unencumbered by the large brand bureaucracy that ties many global chains to the shackles of unoriginality, Veriu has the flexibility to focus on what guests actually value – beautiful, authentic spaces which are thoughtfully anchored to their location and community. And thankfully so!