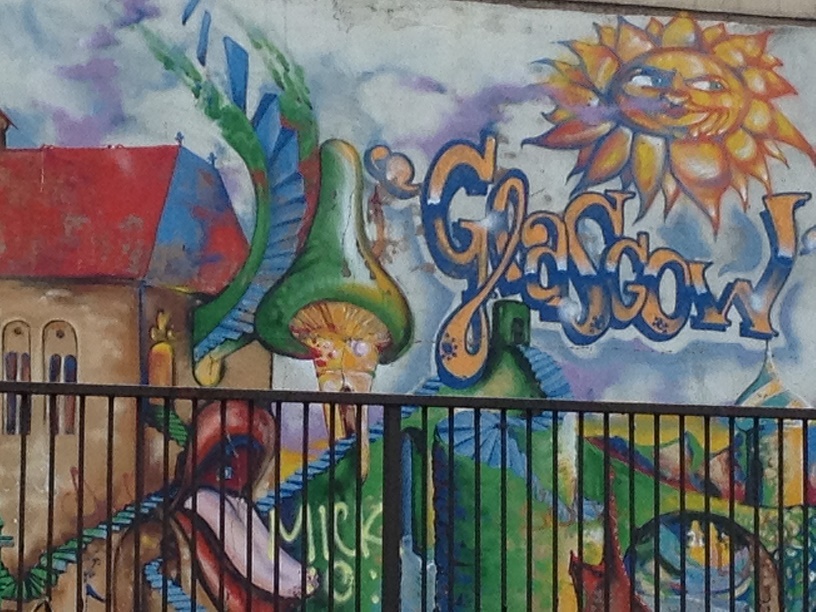 A wee gin in Glasgow

I am utterly incapable of finding my way around a map, let alone the world, constantly confusing my north with my south, and in the global game in which you have a 50 percent chance of heading in the right direction, I always get it wrong. I do, however, possess an uncanny knack of sniffing out an Indian restaurant in any city in the world, no matter how unlikely this may seem. And, as it turns out recently in Glasgow, a gin joint. There should be some kind of humanitarian award based around these gifts, really, there should.

On this particular day the accents are as soupy as a Scottish winter when I wander into 71 Renfield Street. Yes, there’s 71 wee drams on the drink menu here and not one of them is whiskey, making owner Paul Reynolds possibly the Scotsman bravest heart of all. Or a little insane. Reynolds has bucked tradition, quite possibly risking life and limb, to open a gin bar in the heart of Glasgow where whiskey is the drink of choice. And this tale gets even juicer for this is a tea lounge by day and a gin bar by night. From cupcakes to quinine, what’s not to love? 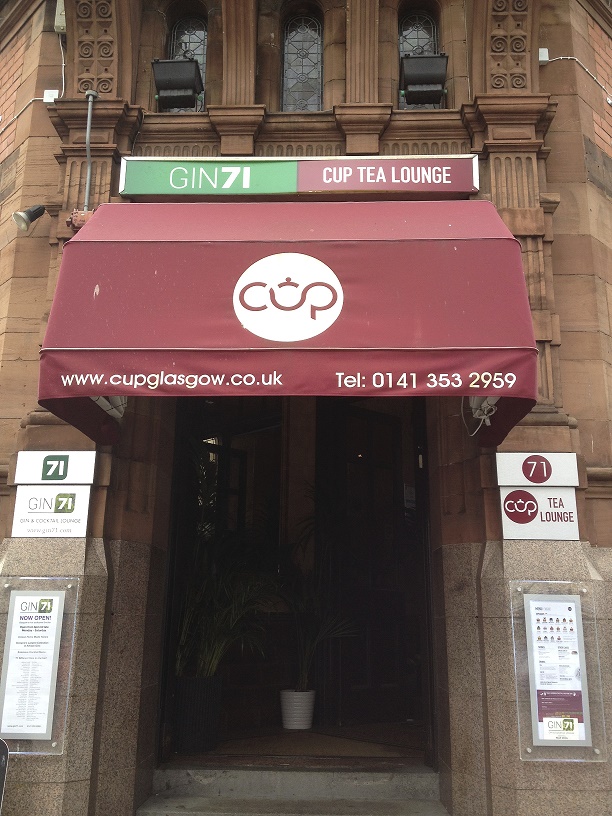 Gin71 afternoon tea or a wee drop of gin

During the day, Cup Tea Lounge serves 47 types of tea and 16 kinds of cupcakes made on site. But when 6pm arrives, the quaint interior of this heritage-listed Victorian building goes from Clark Kent to Superman and transforms into Gin 71. It’s named after its street address and the number of gins on the menu making it Glasgow’s largest collection of artisan gins and home-made tonics.

”¨“A friend mentioned a gin bar and I stayed up until 3 in the morning researching gin bars. Originally I thought we were going to have 300 gins but we condensed it down to 71,” Reynolds says. ”¨“I learned how to make tonic and on May 1 last year when we opened you could hardly move in here. It fits with the story of the colonial building. Queen Victoria used to be a tea drinker and the colonials also drank a lot of gin.”

And because I can be a bit of a tosser sometimes, the idea of sitting and quaffing gin on a big, plump couch in Glasgow just like a wild colonial, appeals greatly to me on this spring afternoon.

Brave he may be, but stupid Reynolds is not, reluctant to call gin the new whiskey, instead preferring to refer to it as the new vodka. And for the record, there’s only one whiskey on the shelves and even that’s actually a bourbon rather than a real whiskey. If patrons do prefer whiskey, Reynolds is more than happy to send them around the corner to Hope Street and The Pot Still Pub, which is considered the host of the finest collection of malt whiskey in the land. Back at Gin 71, there’s seven Scottish gins on the menu, selected from thousands around the world, and chosen via a scoring card which not only examined taste but the “gantry presence” or what the bottle looked like on the shelf. I pause briefly and consider my own “gantry presence” as I slouch on the couch. 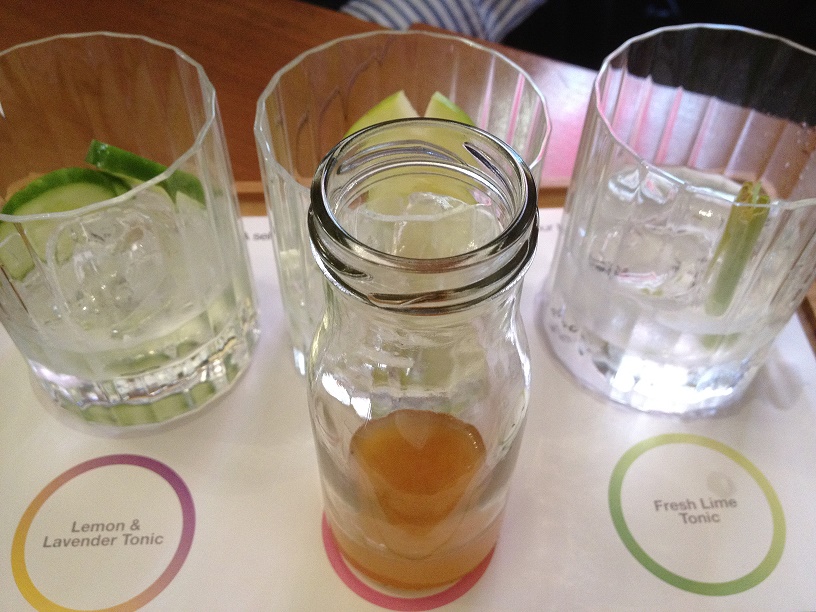 During the last Commonwealth Games, Gin 71 sourced and served gins from around the Commonwealth. And on this long, lazy afternoon, Reynolds makes a remarkable claim. He says it’s not gin, but the quinine in the tonic that is said to make gin drinkers depressed (I knew it) and one of the reasons he makes his own tonic. Discerning gin drinkers at his establishment can partake in a gin “flight” in which they can sample a range of gins coupled with unusual spices such as lemongrass and coriander.”¨

“I want people to have a wee journey of types,” he says.”¨ And a “wee journey” is what The Global Goddess enjoys this fine day, eventually stumbling out of Gin 71 (while it is still in its tea house mode, mind you) and down the main shopping mall of Glasgow. Suffice to say, sufficient money was spent on items I’m sure I will never wear. Unless of course a tartan kilt comes into vogue during an Australian summer, sometime soon. Just call me Clan Crazy. 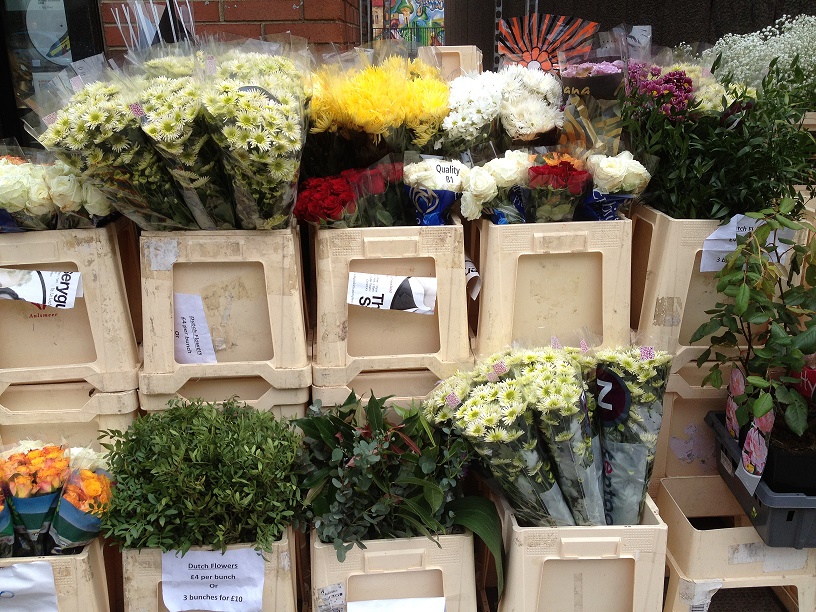 Glasgow simply sparkled when it hosted the XX Commonwealth Games in July last year. Visitors strolled the cobblestoned streets of Merchant City, named in the 1980s to pay homage to the city’s merchant trade dating back to the 16th century in which Glaswegians were among the first in the world to travel the globe spruiking their wares. It’s now a bustling hub boasting 90 bars and restaurants such as Central Market, which sources local fresh produce such as plump mussels and was named the Most Stylish Restaurant at the 2013 Scottish Style Awards.

There’s plenty of theatre to be had in the this city, and one of the most charming traditions is the daily A Play, A Pie and a Pint at Oran Mor, an old church in which the basement dedicates its lunchtime to a one-hour play, while patrons feast on a pie and a pint. OK, so the actor may or may not have spat in my beer, such was his passion in delivering his lines, but who can blame him? And really, he wouldn’t be the first bloke on the planet to do so. God, in Brisbane it’s practically considered a mating ritual. 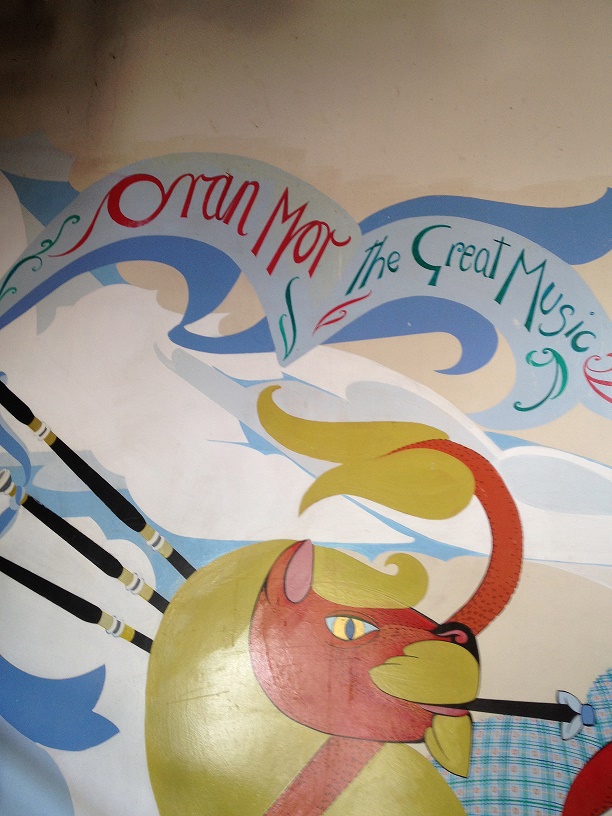 Around the 1980s Glasgow started to embrace tourism and more recently, has become Scotland’s “media city” housing the modern studios of the BBC and providing the background for films such as World War Z and Cloud Atlas. The space-ship shaped Hydro arena was opened last August by Rod Stewart and was the venue for gymnastics during the Commonwealth Games. Australian graffiti artist Sam Bates has also added his touch to the city, commissioned to paint colourful murals to commemorate the Games.

At the end of my Glasgow journey, the words of Reynolds (or it could be the gin speaking) ring loudly in my ears. “Glasgow is a bit of a diamond just waiting to be polished.” A city which has gone from drab to fab. Perhaps that kilt will come in handy after all.

The Global Goddess travelled as a guest of Glasgow City Marketing.