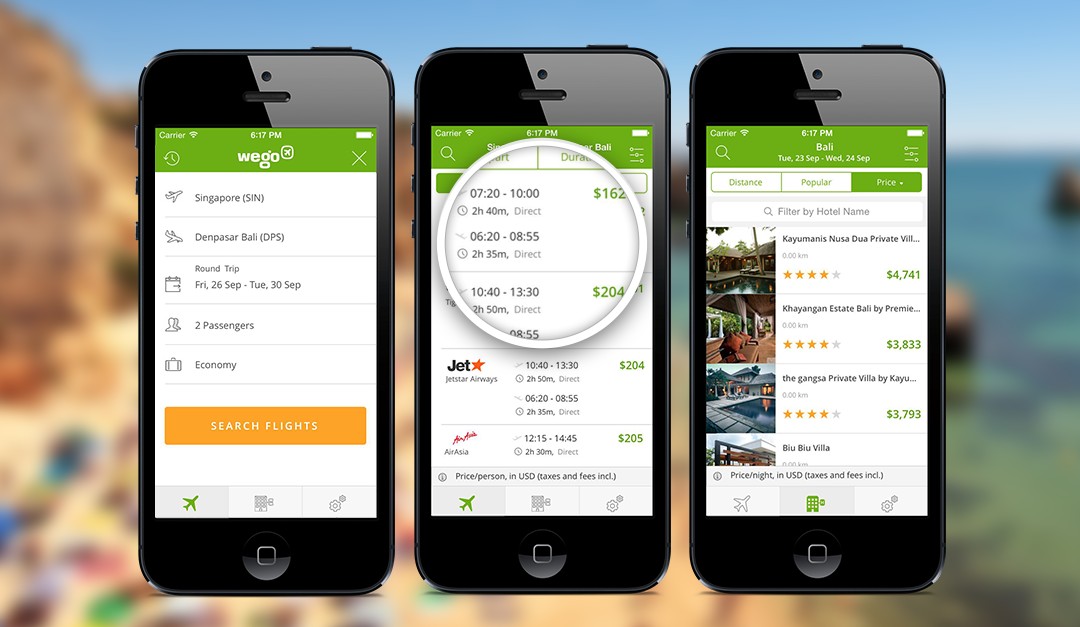 We’ve been overwhelmed by the speed in which travellers everywhere have adopted Wego’s travel app, available free for both iOS and Android. We’re all about making travel planning fast, simple and most importantly, giving you the most comprehensive online travel search platform on the planet.

But we don’t sit still for long here at Wego. Our dedicated developers were ridiculously excited when we first launched our app into the travel mobilesphere. But like anything, once something is created, additional ideas materialise for new features or design refinements.

With the introduction of iOS 7 which Apple promised would be one of the biggest changes initiated by the company since they first launched the iPhone, you could almost hear the squeals of excitement from our Wego developers.

It was an opportunity to build in new features, smooth, sleeker designs and incorporate all their ideas from their extensive wish-list. In short, it was a whole new ball game!

With a cleaner, more integrated interface, we have completely re-skinned and optimised the app design for iOS 7 compatibility.

Whilst the primary focus of this release revolved around the re-skinning of our new interface, we’ve also managed to squeeze in a ’Wego Science’ functionality to our flights module. This means you can filter your flight results based on a combination of price, number of stops, trip duration and flight times, and display the best flight options suited to your personal preferences.

Now, just a little over a week since the release of our newest iOS build, thanks to you and Apple, we’ve already been ranked in the top four best new apps in China!

We’ll continue to keep you posted about further new developments as our very passionate developers continue to work on integrating user dashboards, reviews, hotel districts, maps, and loads more fantastic functions. All so you can continue to save time, pay less and travel more!