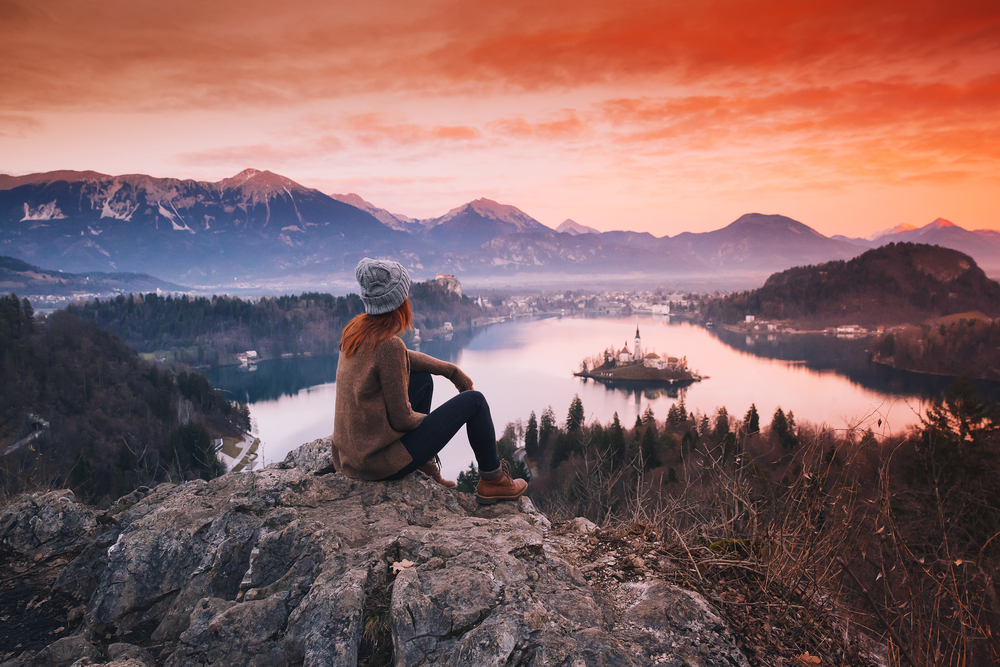 You’re Totally Missing Out On This Underrated Gem: Why Southeast Europe is the Next Hot European Travel Destination

Sandwiched between the Adriatic and the Black Sea, is a region of countries often overlooked when you’re coming up with travel plans: Southeast Europe. Commonly associated with tumultuous 20th-century conflicts and territorial disputes, you wouldn’t think of the area as being particularly fun or worth travelling to. The region still can’t seem to shake off its postwar doldrums as the rest of the world moves forward.

At least, that’s the prevailing notion. But something tells me it’s not going to be for much longer.

The global success of HBO’s Game Of Thrones series brought attention and travellers to Croatia, its startling landscapes and ancient structures making for a stunning shoot location. But the rest of Southeast Europe is just as, if not more, beautiful, and definitely worth visiting. With a multitude of places, activities and cultural experiences, why not consider making a trip here before the word gets out? Here’s a couple more reasons why Southeast Europe should be your next travel destination.

Now’s the time to check out Southeast Europe, before the crowds start coming in

Being considerably cheaper than the Western nations, a holiday to Southeast Europe is excellent value for money. You’ll stretch your dollar further while enjoying the same activities as you would in other parts of Europe. 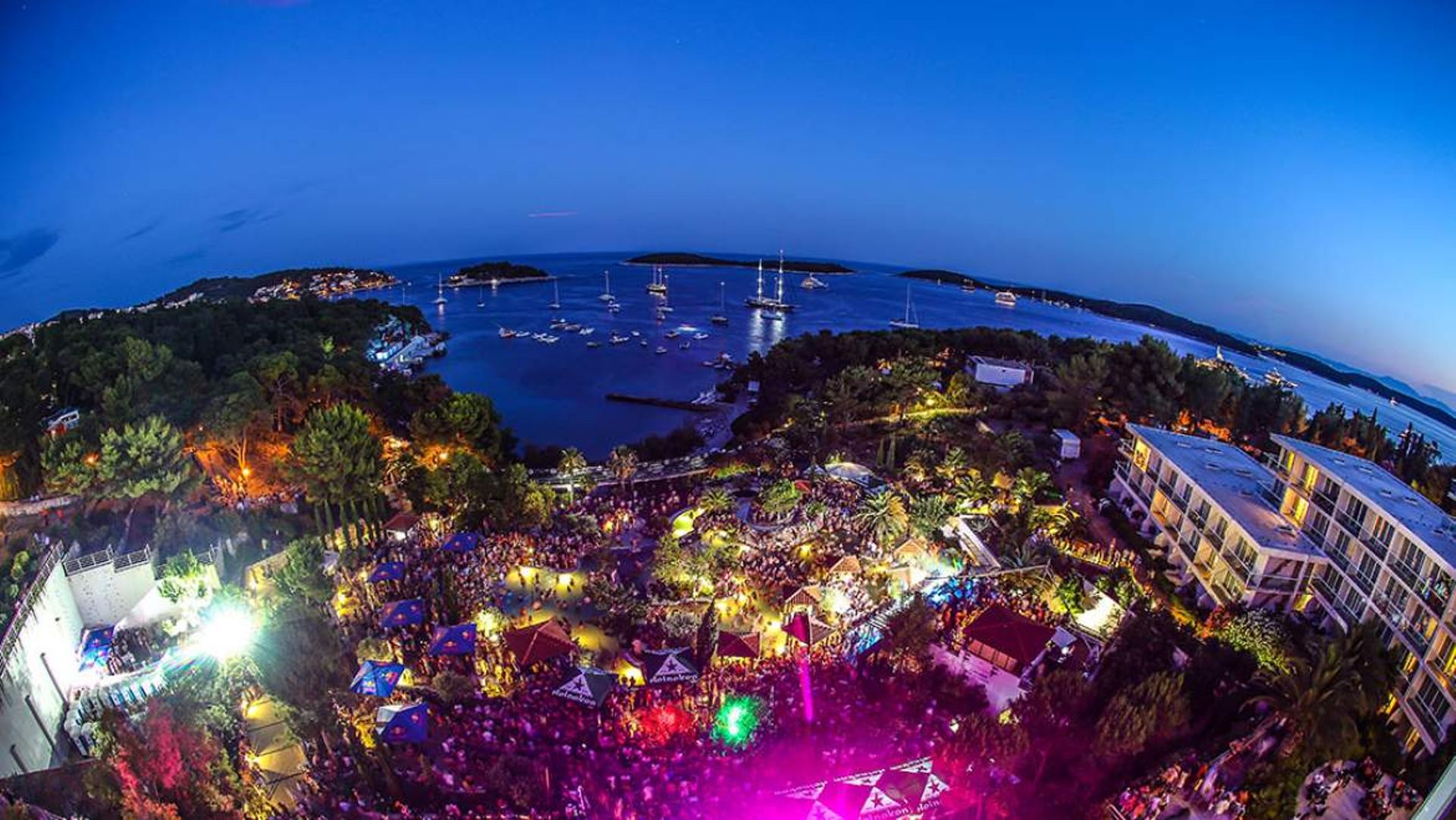 Nightlife? Why not revel Adriatic-style in Hvar’s island party scene, well supplied with local wines, or along Montenegro’s Budva Riviera. Accomodation? Maybe there aren’t too many established luxury hotels yet. But, readily available apartments and hostels are affordable, cosy, well-equipped, and come in a variety of options from studios to lofts.

As for food, restaurants, street stalls and shophouses provide a wide range of delicious options that don’t come with stratospheric prices. It’s certainly no exaggeration when many say the cost of a week-long holiday in the US or West Europe could keep you going for a month in this region.

A feast for your senses and your imagination

The sights here are breathtaking, whether natural or man-made. Southeast Europe is home to a host of scenic locales, from beaches to lakes, forests to pastoral plains. 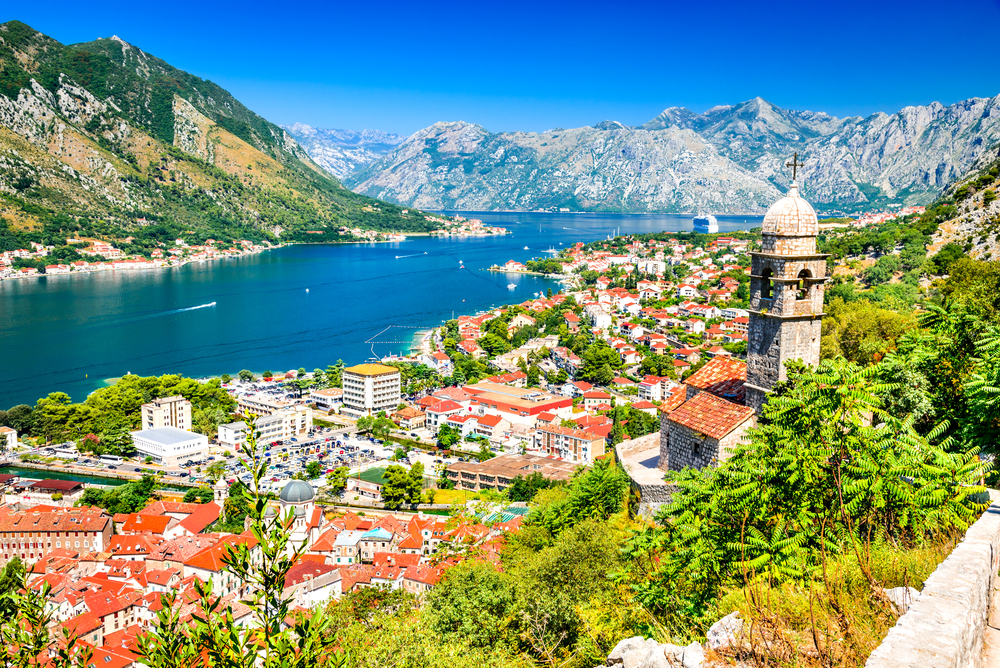 The towns, cities and communities scattered across the hilly, undulating terrain are a sight to behold, from Kotor Bay in Montenegro to Mostar in Bosnia and Herzegovina. Here, Nature shows off her best sides alongside dazzling architectural feats, ensuring Southeast Europe never stops enchanting you with its sheer beauty. 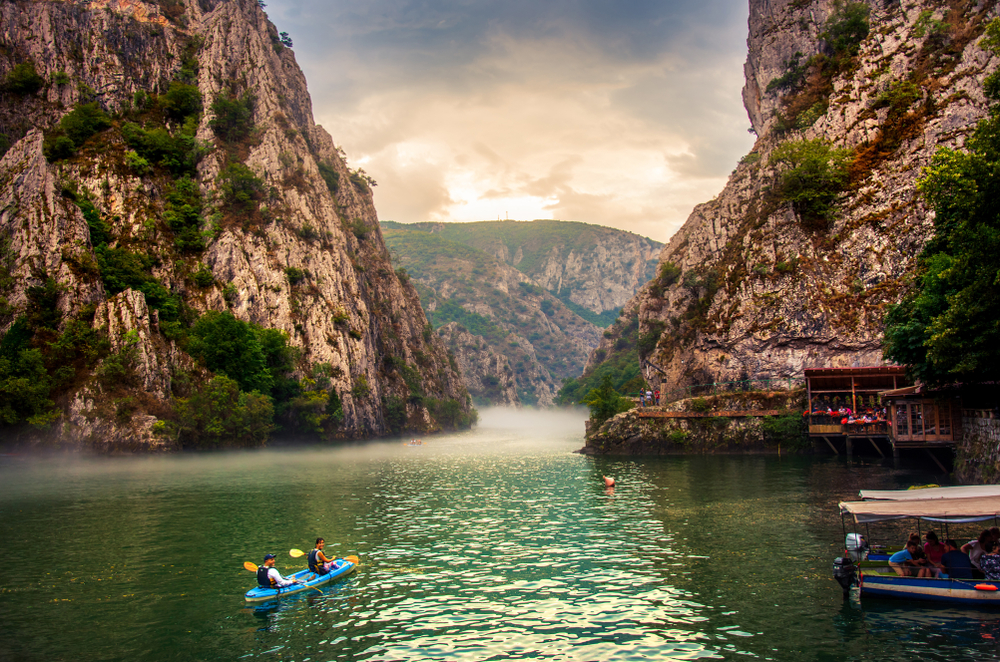 The term ‘balkan’ means wooded mountains, and Southeast Europe has got it in spades. The mountainous region has incredible treks and exploration routes whichever country you visit. 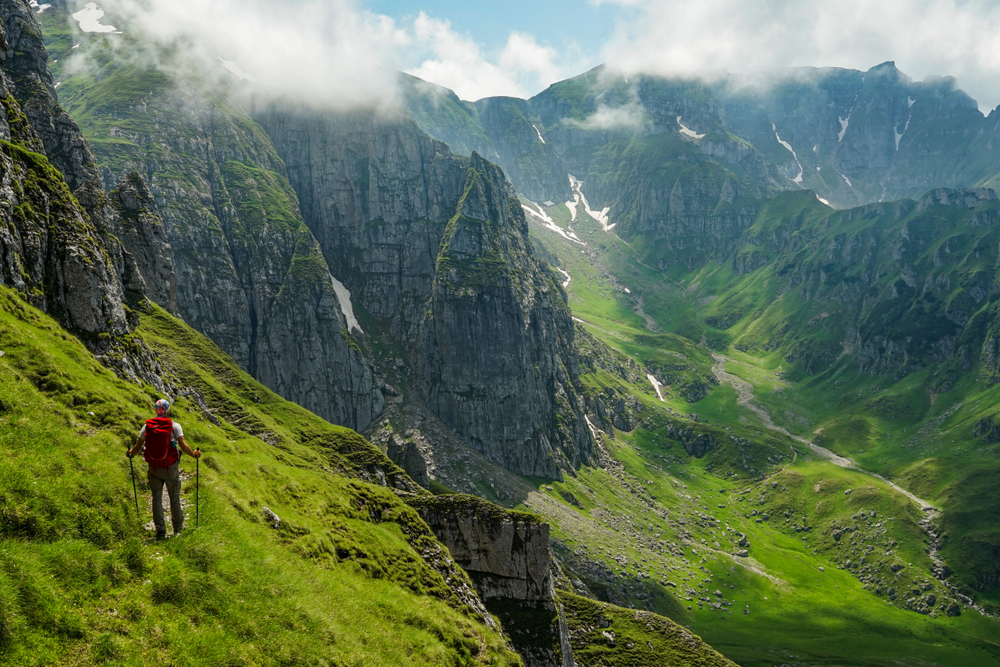 Trekking the Malaiesti Valley in Romania

Croatia’s Plitvice Lakes; Romania’s Carpathian mountains; Montenegro’s Durmitor National Park; the list is endless. Adventures span from the subterranean in Slovenia’s‘s Skocjan Caves to the hilltop towns of the Istria peninsula (also a truffles goldmine). From leisurely trails to extreme scaling, this is a hiker’s paradise. 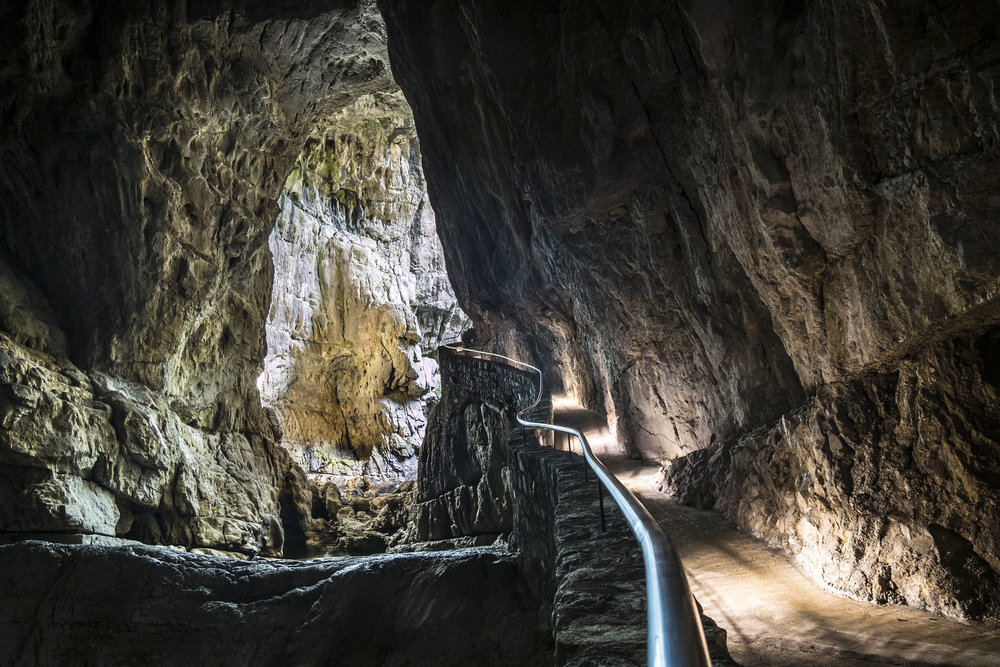 Journey back to medieval times

Remnants of the Middle Ages are found throughout Southeast Europe, featuring iconic castles and ancient fortresses that ooze with noble character. From the formidable fortress of Tsarevets in Bulgaria to the Dracula-inspired Bran Castle in Romania, you’re bound to be astounded. Whether you prefer archaic magnificence or fairytale resplendence, Southeast Europe contains treasures fit for kings and queens. 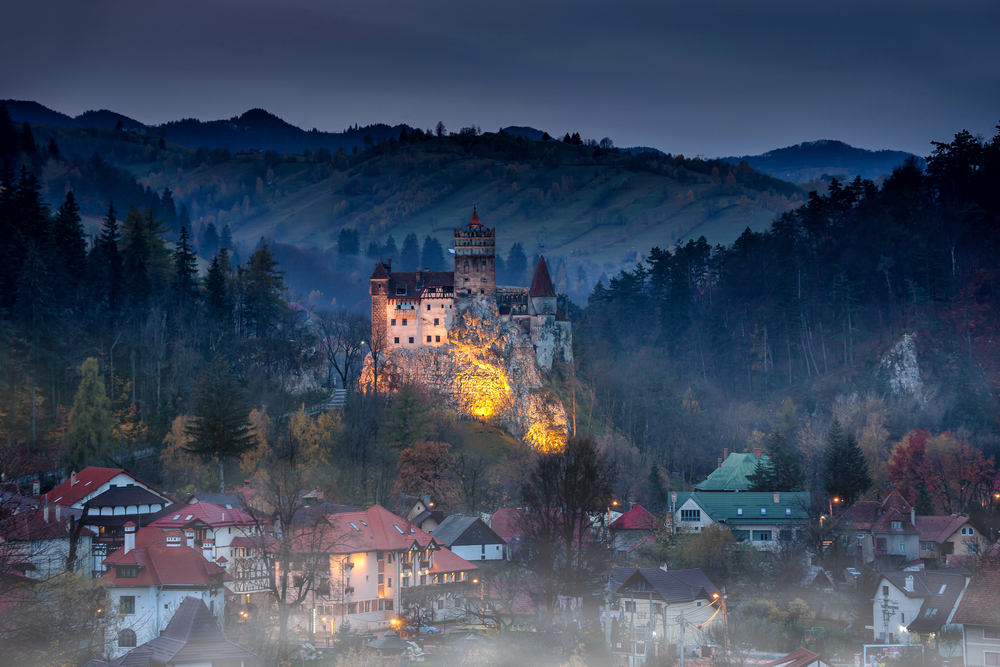 Monarchies and empires, flauntings of stupendous wealth and power. Insidious upheavals and imperial domination. A spate of television shows have given us a taste of this period, but witnessing the locations for yourself genuinely gives you a perspective of its scale and grandeur. Religious testaments remain, from the architecture of Sofia to the Rila Monastery.

The other side of the spectrum also abounds in quaint settlements across the countryside that show you rural ways of living preserved through generations. If you want a more vivid picture, the museums are filled with precious tributes and observations of times past. After all, a nation speaks through its art, and Southeast Europe has fascinating stories to tell.

The mountain village of Lukomir in Bosnia & Herzegovina

Embrace a slower pace of life

This might take some getting used to, but a taste of the simpler life might be what the doctor ordered. Paddle a boat on a drowsy afternoon, surrounded by the stunning beauty of the 2-million-year-old Ohrid Lake.

Sip on a coffee as you take a relaxed walking tour of Prizren in Kosovo. As you dig into an octopus salad or goulash that took a while to make, you might realise you appreciate it more because you waited. In Southeast Europe, you rediscover your patience and your smile.

A European culture that’s all its own

The coexistence of Islamic, Byzantine and European cultures gives the region a distinct cultural identity, with folk songs, dances and traditions. Tying it all together is a warm, friendly congeniality, expressed in the people’s hospitality and smiles. You won’t feel like a stranger here, even if you don’t speak the same language; whether on a Furgon bus in Albania, or within Sarajevo’s Bascarsija Bazaar.

An outdoor folk song and dance in Uda, Romania

Southeast Europe is vastly entertaining, full of excitement and charisma. If you’ve got a sense of adventure, and fancy eye-opening holiday experiences, this region won’t disappoint.

Serving with a smile in Skopje, Macedonia.  © Intrepid Travel

The territories are easily accessible and great for road trips by car or bike, immersing yourself in the sights, sounds, smells and tastes. But don’t worry about having to see everything at once. Take your time, come again, and let this fantastic region charm you in new ways every time.