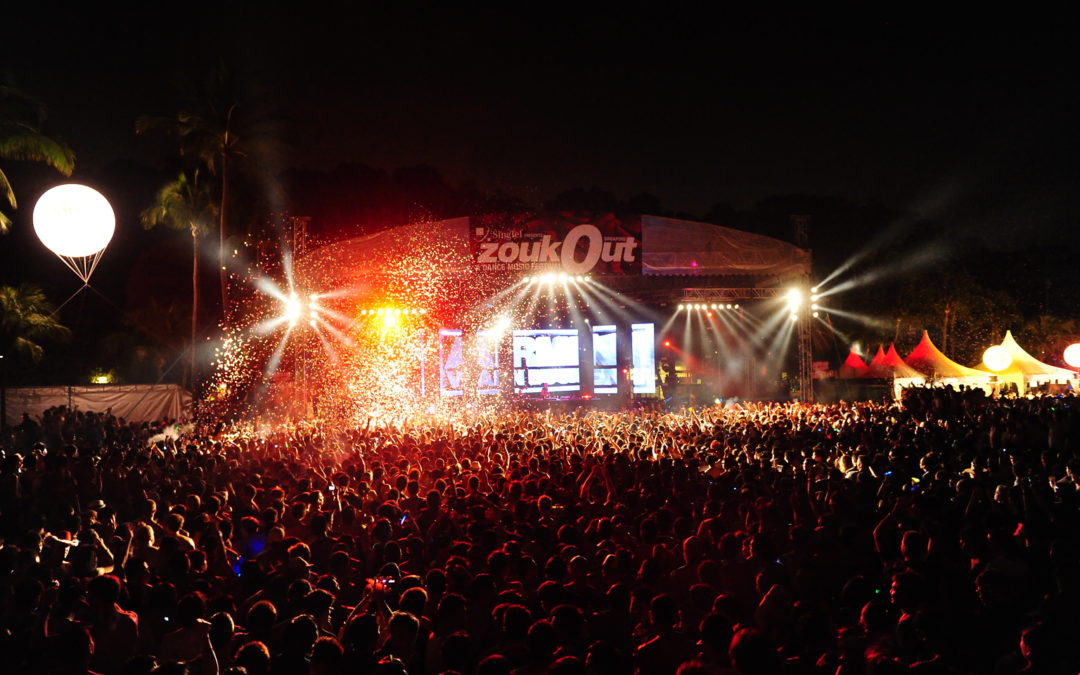 For one night in early December each year, Siloso Beach in Singapore is peppered with people combing its length, hunting hopelessly for their flip-flops in a sea of sweaty bodies. Lost footwear is no worthy cause for despair though, not when one of Asia’s biggest dance parties is unfolding on those sandy shores under the open sky, with world-class DJs spinning tunes for twelve straight hours.

Zoukout is an outdoor dance music festival held annually on Siloso Beach, Sentosa. It’s run by Zouk, a largely successful nightclub and probably Singapore’s most famous. Complete with professional sound systems, strobe lights and pyrotechnics, the event has consistently attracted thousands of party-goers since it begun twelve years ago. Paul van Dyk, Armin van Buuren, David Guetta and Tiesto are among the high-profile DJs who have manned the decks at ZoukOut over the years.

This year, the event spanning two days from 7-8 December, attracted more than 40,000 music lovers. Both local and international DJs played simultaneously on various stages along the beach, taking turns to work the swimwear-clad crowd into a frenzy. As expected, this year’s line-up included some big names, which attracted visitors from various parts of the world to fly to Singapore specifically for a weekend of exhilarating music and partying.

UK’s Above & Beyond closed the party on the first night, and on the second, Grammy-nominated Paul van Dyk returned to pump up the crowd with his legendary beats. The 8pm – 8am party on the second day, the big one, included DJ Calvin Harris spinning his mega-hits like “Bounce”, Rihanna’s “We Found Love” and “I’m Not Alone”. It’s no surprise then that almost 40 per cent of the event’s annual turnout are visitors who take flights across Asia, or even further, from Europe.

I count ZoukOut as Singapore’s best party event of the year, every year, despite regular loss of flip-flops. The combination of its scale, star DJ line-up, great organisation, quality sound system and outdoor beach location has made ZoukOut an event night owls know they can count on for an epic party like none other. The crowd increases each year and the DJs too have come to love ZoukOut. Several DJs who are in high-demand around the world, consider ZoukOut to be one of the best and so return regularly to spin under the night sky. This year Paul van Dyk shared his excitement with over 800,000 of his Twitter followers. 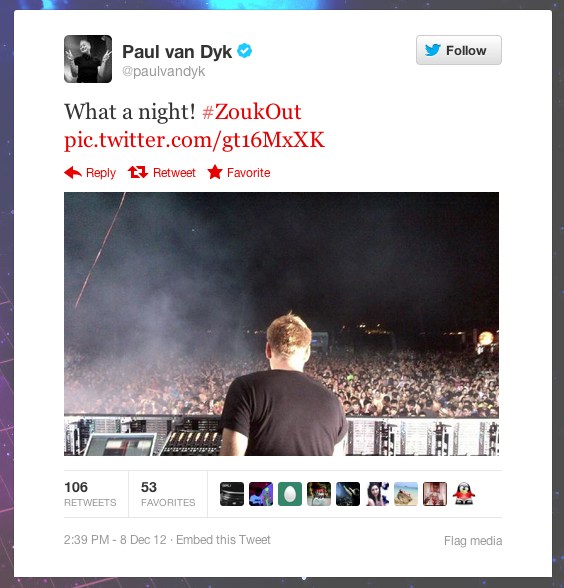 If you enjoy getting lost in the revelry of great beats and a legendary party, ZoukOut is definitely worth experiencing. It is one of Asia’s ‘must-do’ events. To successfully complete your Zoukout party quest:

1. Bring a sense of adventure.

2. Embrace new kin, because you are going to get lost.

3. Carry the dinosaur Nokia, because your iPhone is not going to stay in your back pocket.

5. Don’t expect to get a cab easily anywhere near the party’s end. Book a cab really early. But the best option is to gather friends and spend the post-party night in a hotel in Sentosa so you can drink in every minute of the party on the beach right to the end.

6. Don’t take all your clothes off. There are photographers and there’s this thing called the internet”¦

You can still get a taste of the party even if you can’t get to Singapore in early December by visiting Zouk nightclub where the Resident DJs and international guest DJs have earned the club its reputation among DJs and party-goers alike, as one of the best clubs in the world. Check out Wego’s deals on flights to Singapore from your home-town to explore Zouk and the vibrant night-life across the city of Singapore.

The awesome trailer for ZoukOut 2011. Catch highlights from the 2012 party here.