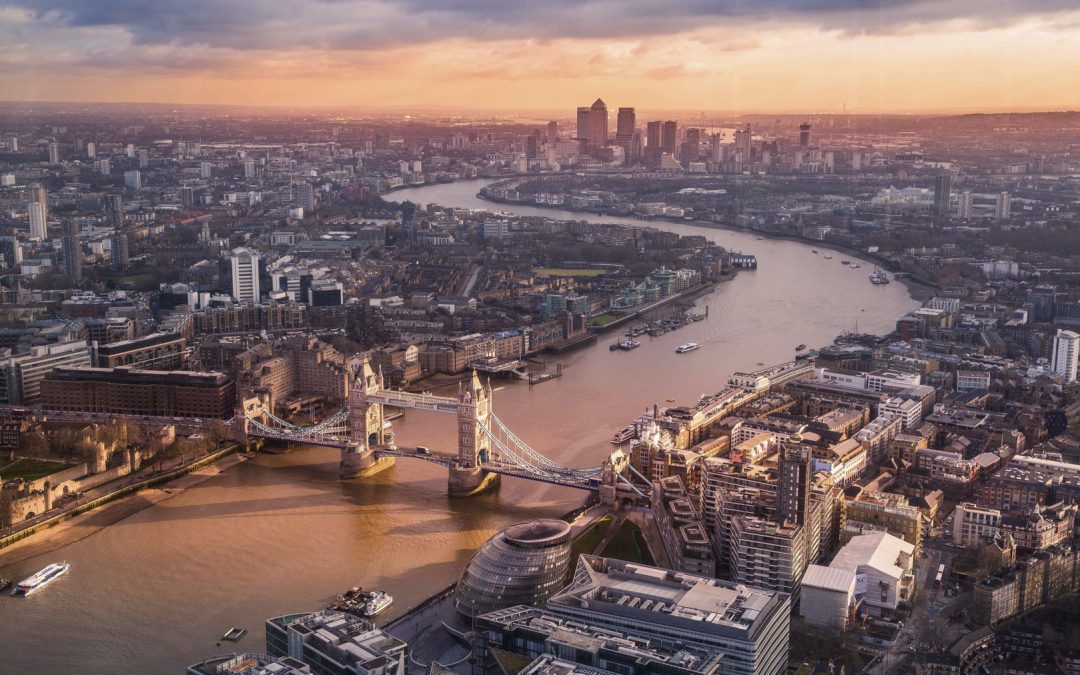 How to Discover Another Side of London

Think you know all there is to know about London? Go to the Visit Britain website and learn how to discover another side of London.

London’s icons now take you higher, further and faster than ever before – so you can get hands-on with history, and experience the sights from a brand new perspective. Will you kayak the River Thames by moonlight, climb the Cutty Sark’s rigging, or uncover one of the capital’s secret green spaces? As for places to stay, take your pick from houseboats, eco-hotels and even safari lodges. Whichever borough you choose to explore, here’s how to discover another side of London…

Alternative things to do in London

From hidden treasures and off-beat tours, to fresh spins on our iconic landmarks – Britain’s capital is packed with new and exciting things to do. Maybe you’ll take a thrilling trip on a Thames Rockets speedboat, turning a regular sightseeing cruise into a white-knuckle joyride, or brave Up at The O2, an exhilarating climb to the roof of the capital’s dome-shaped stadium. At 52 metres tall, its city views are always incredible – but especially so at twilight, as the lights of the Olympic Park and Canary Wharf twinkle to life. 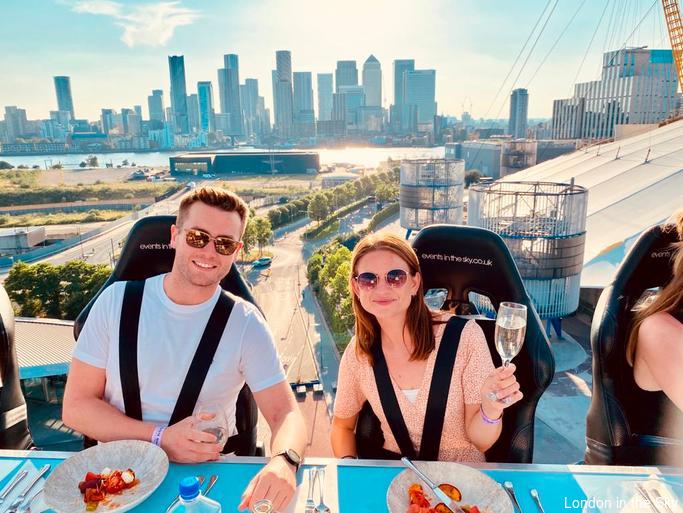 Friends at London in the Sky dining experience

Nearby, London in the Sky takes dinner to a whole new level, serving fine food on its dangling dining table, poised 30 metres above Greenwich. Or, new for this spring, bring history to life with the Cutty Sark’s Rig Climb Experience, set high up in the ratlines of the 150-year-old vessel. Meanwhile at Tottenham Stadium, soak up London-wide vistas from The Dare Skywalk – before testing your nerve on The Edge.

This year is The Queen’s Platinum Jubilee – and we’ll be celebrating our monarch’s 70-year reign with festivals, fireworks and street parties all over Britain (2–5 June). But if you miss the fun, or fancy something a little different, book a Secret Royals trip with Remarkable Tours. Visiting the likes of Buckingham Palace and Westminster Abbey, it promises to reveal royal tales of scandal, love, madness and cunning.

The capital’s green spaces are full of life year-round, and host countless big events – from the summertime Taste of London in Regent’s Park, to Hyde Park’s Winter Wonderland. But there are lots of off-beat things to do too, such as food-gathering trips with Forage London, wild swimming at the Serpentine Lido (May–September), and the chance to explore secret spaces on the London Open Gardens Weekend (11–12 June).

London boasts some truly epic nightlife too, but we’re not just talking about bars and clubs. After dark, Secret Adventures runs moonlit kayaking trips on the River Thames, while the Science Museum and V&A open for exclusive late-night events (selected dates). On summer evenings, the Rooftop Film Club screens outdoor movies at locations in east and south London, while the Open Air Theatre stages everything from West End musicals to Shakespeare plays in the leafy grounds of Regent’s Park.

With its Tiger Territory and Land of the Lions, ZSL London Zoo is always a wild day out – but did you know you can sleep over, too? Its safari-esque lodges are set right inside the zoo, so you’ll wake to the growls, hoots and roars of your neighbours.

A houseboat hotel in Royal Victoria Dock (near Greenwich), the Good Hotel London is one super-stylish retreat, and also ploughs 100 per cent of its profits into the Good Global Foundation, which supports disadvantaged communities all over the globe. For more floating fun, The Harpy Houseboat is moored right next to Tower Bridge, and sleeps up to 12 people.

Or for a one-of-a-kind boutique hotel, head to The Zetter Townhouse in fashionable Clerkenwell. Its 13 bedrooms are filled to the rafters with eccentric antiques, colourful curios and vintage treasures.

Where to dine differently in London 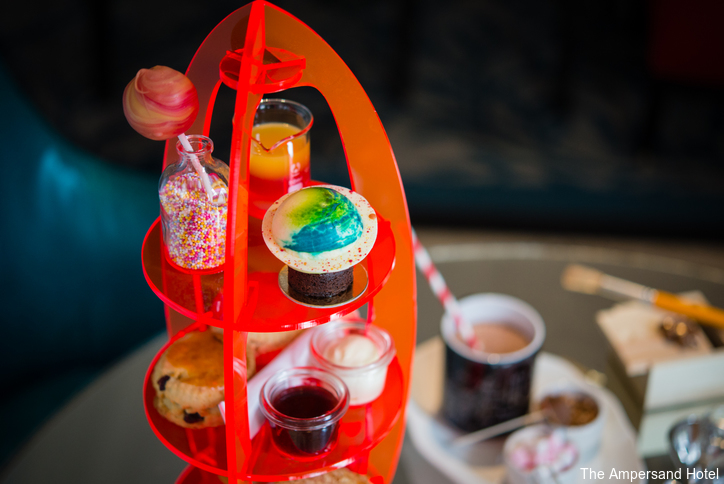 London loves afternoon tea, but for a twist on the traditional classic, experience the culinary cunning of The Ampersand’s Science Afternoon Tea: a towering platter of edible experiments and delectable dinosaurs, served with a dramatic plume of dry ice.

With its extravagant decor, Mayfair’s gastro-brasserie Sketch is a work of art in itself – just like its afternoon tea, where guests can expect a visit from the ‘Tea Master’ and ‘Caviar Man’ while tucking into the fairy-tale-inspired menu. Or set-off on a culinary adventure at Aqua Shard with its Peter Pan Afternoon Tea: a feast of raspberry crocodiles, gold-sprinkled Tinker Bell cookies and Captain Hook’s cake.

Meanwhile, up on the 40th floor of one of London’s tallest buildings, Duck & Waffle puts a fresh spin on all-day dining. This welcoming spot serves food 24/7 – so you can catch the city’s sunrise at breakfast. It’s right next to the Gherkin, in the sky-scraping heart of the City known as the Square Mile.

Getting to and around London

The capital is served by six international airports, including London Heathrow and Gatwick, with direct and connecting routes to destinations all over the world. For a lighter carbon footprint, you could opt to travel by train: the capital has 12 major stations, including Waterloo, Euston and Paddington. St Pancras International is the city’s Eurostar hub, with multiple direct connections to Europe.

In the city, it’s easy to explore on public transport: take your pick from the Tube, trams, buses and boats, or the Emirates Air Line for a different perspective of London’s skyline. All services and numerous stations are wheelchair accessible, and face coverings are advised throughout. Alternatively, grab a Santander Cycle from one of hundreds of docking stations around the capital – you can bike around the city from as little as £2.